“Do you want one?” said Simon Rogan, two star Michelin chef, at the packed opening of Mr Cooper’s House and Garden in 2013.

“Behind the bar here, I’ve got a case of Red Stripe,” Rogan said, raising one of the distinctive cans of lager in a cheers gesture.

I knew there was nothing like Red Stripe for sale in the upmarket new destination restaurant in the Midland Hotel. I stared down at the Champers I was necking.

Rogan, a doyen of fine-dining, saw I was puzzled.

That was my curious introduction to a very curious restaurant. It was also proof-positive that chefs are largely crazy; a mix of artist and artisan.

It’s the right time for a rethink. Maybe it’s overdue

Across the lobby of the hotel was The French, Rogan’s first move away from his Cartmel base and the celebrated L’Enclume. That was proper fine dining. Mr Cooper’s was fine dining - lite. Rogan would leave The Midland in late 2016, his Manchester experiment over. Adam Reid took over at The French and did it better.

At Mr Cooper's back in 2013, the food was superb to begin with, inspiring - but over the last seven years, the menu direction kept changing, became confused and eventually fell off the rails.

In fact Mr Cooper’s House and Garden was a classic victim of over-design. There was too-much thinking going on, probably from other people than interior designers or architects.

Even the name was probably two or three words too long. Brevity is the soul of wit. The title focused on Mr Cooper who had a house on the site 200 years previously. Cooper Street, now about 20 metres long on the other side of St Peter’s Square, used to extend all the way to the Midland Hotel and was named in tribute to the wealthy and well-known carriage maker, for whom the restaurant was also named.

Fair enough. But then whoever designed the restaurant went as mad as a chef. So from Peter Street to the back of the site, the space was divided into smaller spaces from a library (fake book wallpaper), through a study and living rooms to a garden complete with a tree and a pergola. It was literally a house and garden. I remember thinking, let’s hope any landlords of those pubs called the Battle of Britian don’t get any ideas. Could get messy.

It’s the right time for a major rethink. Maybe it’s overdue and Mr Coopers will be closed from Sunday 12th January.

The new operators, Leonardo Hotels UK and Ireland, are changing things around as part of a £14m general refurbishment of the hotel.

The managing director Jason Carruthers told the MEN: “We are converting the current Mr Cooper’s restaurant into more of a casual bistro. It will be a very informal, bistro-style offering – something that will be appealing to guests and non-residents in the hotel.

“We want to have a menu that appeals at all times of day – that would be the key difference – and I want there to be a sense of where you are, in Manchester and the North of England, when you’re looking at the menu.”

Hopefully the new design (see below), which seems a little fussy, will use robust quality materials to reflect the hotel's 1903 origins. Cheap won't do.

We're pretty sure though there won't be cans of Red Stripe for sale but we’ll keep you posted. Simon Rogan, if he revisits, might be disappointed.

Midland Hotel - A bit of background

The refurbishment is part of a wider £14m investment at the Midland Hotel, transforming all of its bedrooms, lobby, bar and restaurant areas. Jason Carruthers again. “The Midland has the luxury of having a very large ground floor footprint, particularly in the entrance hall area, and we’ve always been keen to do something with that space.

“(We want) to enlarge the main bar, which is currently called The Octagon Bar, and pull that out into the main lobby of the hotel to create more of a large, all-day space that will be used for breakfast, lunch and dinner and have a slightly different use for each of those periods.”

The investment is very welcome, the hotel really needed it; recently there have been buckets in the main lobby collecting rain water leakage and some of the toilets and other fixtures and fittings had terribly botched up repairs. We are a little worried about that lobby plan though. Let’s hope the space doesn’t become too cluttered. It’s one of the great hotel spaces in the country, with its glazed ceiling and triple-height.

As for history, the Midland Hotel was completed in 1903 to the designs of Charles Trubshaw for the Midland Railway Company. The building mixes stylistic motifs with wild abandon but is one of the city’s most eye-catching structures. On 4th May 1904 Charles Rolls met local manufacturer Frederick Royce in the hotel. Together they created the Rolls-Royce Motor Company. French Restaurant diners have included Winston Churchill, General Patten and noted gourmands David and Victoria Beckham. Gordo has stuffed himself royally there since the age of 14. The Beatles were refused entry because they were dressed inappropriately. Or maybe because they were from Liverpool.

The Midland Hotel is now owned by Swedish hotel investment company Pandox and Fattal. It was bought for £115m. 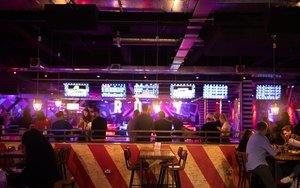 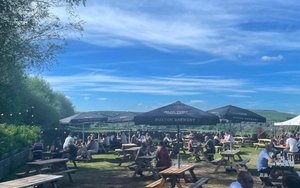 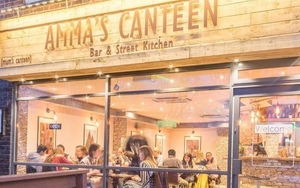 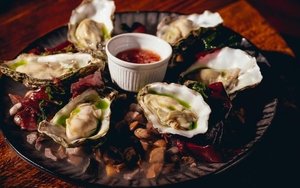