Here we go again: it's Michelin star time, so who's in with a shot this year?

Could this be Manchester's year? Not that we’re bothered or anything...

On Monday 1st October, at 4.30pm, during a live launch at the BFI IMAX cinema in London’s Waterloo, the Michelin Guide - the restaurant industry's most famous (and feared) publication - will reveal which UK restaurants have gained or lost stars this year.

It's been a barren few years for Manchester, which was last awarded a star back in 1974 for The French at the Midland Hotel (though even that might have been a fluke, as that was the year the guide published its first ever British edition, and they had to include some provincial cities).

And while Manchester is currently the UK hot spot for restaurant operators looking to open new venues, Michelin inspectors have repeatedly rebuffed its fine dining establishments.

As usual, The French at the Midland is being tipped as Manchester's best prospect. It’s certainly been a good year so far for current head chef Adam Reid. Reid took over the restaurant from his former multi-starred boss Simon Rogan, who marched out a week after failing to be awarded a star in 2016. Adam Reid at The French was recently awarded four AA rosettes and was placed at number six in Confidential’s own Top 100 Restaurants in the North West. It’s definitely getting better, but is it good enough for Michelin?

Moor Hall, near Aughton, was the only newly starred restaurant in the whole of the North West in 2018. The restaurant with rooms, run by Mark Birchall (previously Rogan’s head chef at L'Enclume) was awarded its first star after only six months of opening. Could it be good enough for a second this year?

Speaking of L'Enclume, some in the know reckon Rogan could be in for a third star this time around, an honour bestowed on just five UK restaurants (all in the South).

For what it's worth, here are a few predictions from the Confidential team...

To leap from two stars to three requires both consistently and change. Rogan might have spread himself a little thin this year with various projects including Aulis and Roganic in Marylebone - itself a contender for a star this year. So, despite his hugely talented team, I predict L’Enclume will stay at two (no mean feat in itself).

Much as I love it, I think his former head chef Mark Birchall at Moor Hall will stick at one star this year. The dining experience here has much to do with the whole story - namely using produce grown in his kitchen garden, which is not only very young, but has suffered a tricky year weather-wise. I’d give it another year to become more established before predicting another star. No rush, he’s not going anywhere but upwards.

Lastly, Manchester, which we all know is desperate for a star whilst claiming that it’s not bothered by such elitist bullshit. In my view Adam Reid at The French is the nearest thing we have to it. And he’s getting nearer. The windowless room suffers from the anchor of its Grade II listed status (there’s only so much that can be done to bring it up to date) but on a recent visit, all the intangibles from the service, the wine and the dishes had that relaxed and effortless luxury that Michelin inspectors seemingly look for (though they do say they only judge the food - pah). If it’s not this year and he keeps chipping away at the same consistent level, then I’m putting my money on it being 2020.

Right then. Michelin stars for the region. I'd heard nothing but good things about Adam Reid at The French, so I went last Saturday. It’s even better than it was twelve months ago. Front of house are splendid, marshalled by the excellent Kamila. Whilst the interior isn't my block of foie gras, it's comforting enough. The food is outstanding, with only one weak dish.

Elsewhere, Mark Birchall’s team at Moor Hall in Aughton are tipped for a second star. Whilst, during a recent lunch for four up at L’Enclume, my score sheet put it on par with Les Pres d'Eugenie and Paul Bocuse - both legendary three stars in France. Chef Paul died the day I was there, God bless him. Anyway, a nice outside bet would be Simon Rogan and the team at L'Enclume to get that third star. Plus a Bib Gourmand for The Moorcock? Their £30 menu is a belter. (Note: they didn't get the Bib.)

What I'm supposed to say here is that I don't care. And I don't really, except that being something of a food and drink mag means we have to go through the same wanky rigmarole each year: will we get one... no we didn't.... the bastards. Though we'd typically string this out over 1000 words. In fact, it has become sure a bore that Confidential has resigned itself to publishing, these past two years, a one word article simply reading 'No'. I'm thinking of spicing things up this year with a more in-depth three word piece: 'Did we bollocks'.

Still, Deanna is making me write something about it so here we go: I've not been to The French this year but everybody tells me Chef Adam Reid is smashing it out the park. He's also just scooped his fourth AA Rosette and was placed thirteenth in the Good Food Guide's Top 50 restaurants - above The Ledbury, Dinner by Heston Blumenthal and Alain Ducasse at The Dorchester. So of course he should bloody get one. I mean come on, are they taking the piss?

What else? I think Where The Light Gets In in Stockport stands an outside chance, if national press attention is anything to go by (full marks in both The Times and The Guardian). I reckon if the inspector digs chunky radishes and smelly orange wine they're a shoo-in. Other wild cards: The Moorcock in Sowerby Bridge and The Freemasons at Wiswell.

So yes, I do hope Manchester finally gets its Michelin star, not only because Chef Reid deserves it, but also because I'm sick of talking about the shitting thing... see you Monday. 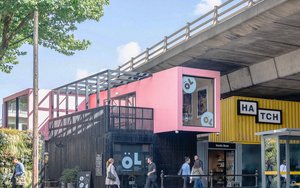 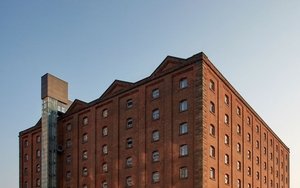 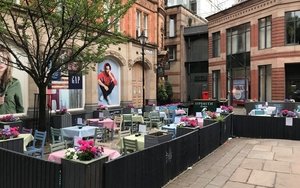 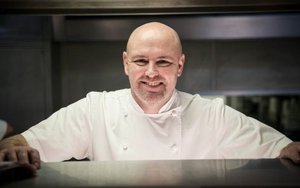