UPDATE: Since this article was published, KAM have made a revised pay offer to tram drivers which will be balloted by Unite. In the meantime the tram drivers will not be striking on the 25 and 26 September, which is great news for competitors and spectators for this weekend's Manchester Run.

Guillaume Chanussot, Managing Director at operator KeolisAmey Metrolink (KAM), said: “I am pleased that we have been able to reach agreement with Unite on an improved offer for our driver workforce which enables them to suspend their planned industrial action on 25-26 September.

“Unite will now recommend this offer to their members and we await the outcome of their consultation exercise.”

TfGM’s Head of Metrolink Danny Vaughan, said: “Following constructive discussions between Unite and the Metrolink operator, this weekend’s proposed industrial action has been called off – which is great news for all our customers.

“A revised pay offer will now be put to members and a further update will be issued once that has been done.

“We’ll now be able to concentrate on providing a normal service to support the various major events taking place this weekend and all those who rely on Metrolink to get around. If travelling with us, please still plan ahead and allow extra time because we expect it to be much busier than usual.” 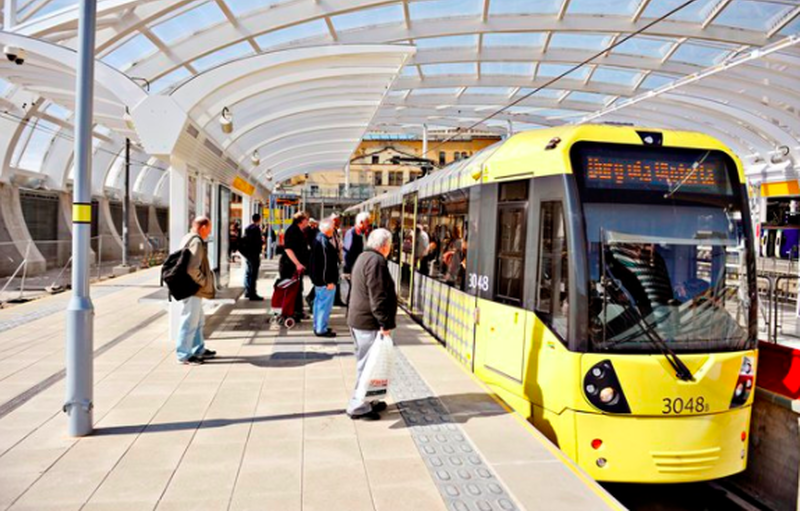 Metrolink tram drivers in Greater Manchester have voted to go on strike in a dispute over pay.

Ninety-seven percent of over 300 workers voted in favour of industrial action according to Unite, the union that represents tram drivers.

The tram drivers, who have continued to operate throughout the pandemic, have been offered a pay increase of 0.3 per cent for January to March 2020, followed by 0.7 per cent from April 2021 to April 2022. The increase has been labelled "derisory" by Unite.

Unite has been in pay talks with Metrolink since February and, with negotiations now exhausted, the union has said it has “no option” but to strike.

The first strike days will be Saturday 25 September and Sunday 26 September. These coincide with the match between Manchester United and Aston Villa at Old Trafford on the Saturday and the Great Manchester Run the following day when all competitors and spectators have been advised to use public transport due to extensive road closures in the centre of Manchester.

Tram drivers will also strike on Sunday 10 October, the day of the Manchester Marathon.

A further strike has been called for Sunday 24 October, when Manchester United and Liverpool are due to play.

Unite added that it could announce further strike action on weekdays before, between and after the dates already announced depending on the response of management.

Unite regional officer Dave Roberts said: “Unite has had no option but to ballot its members for strike action after Metrolink refused to make an acceptable pay offer despite six months of talks.

“Our members have gone beyond the call of duty to continue to operate throughout the pandemic and to be offered a derisory pay offer, a deep pay cut in real terms, is deplorable."

Unite maintain that the pay offer of a cumulative 1% is a real-terms cut given that inflation is running at nearly four times that figure (3.8%).

Unite general secretary Sharon Graham said: “One minute tram drivers are being hailed as heroes and the next they are facing a real-terms pay cut.

“Unite will not allow our members to have their pay and living standards eroded by private companies who are seeking to profit by operating a public service.”

The Metrolink service is operated and maintained by private company KeolisAmey Metrolink (KAM), under contract to Transport for Greater Manchester (TfGM). The company said: “Clearly, we are disappointed with the ballot result, but we will continue to engage with Unite to work towards an agreement that prevents any strike action, and the subsequent impact on services to our passengers.”

TfGM’s Head of Metrolink, Danny Vaughan, said: “It’s disappointing that members have voted in favour of industrial action, and I would appeal to both sides to work together to find a resolution, while there is still time.

“There is no good time for strike action, but the days picked will impact on participants and spectators of some very significant and much-welcome events, which have returned to Manchester post-covid.

“Our priority will be to limit disruption as much as possible and we will work with KAM and other transport operators to make sure people can still enjoy these events, even if Metrolink services are not running on those days.

Andy Burnham, Mayor of Greater Manchester, said: "We are encouraging both sides to get back round the table, get talks underway and see if we can avert a strike which would cause serious disruption.

"I"m pleased to say that both sides are getting back round the table this week and there will be further talks."

KeolisAmey's contract to run the Metrolink service was awarded in 2017 and lasts for ten years.

Read now: Burnham - 'we do not have the resources' to enforce mask wearing on tram

Ramona team to branch out with nose to tail restaurant?
What you say
Read Next
● / News & Comment