A rare chance to see the godfather of modern British cooking

ALTHOUGH notorious for no longer giving public displays of prowess, top chef Marco Pierre White has agreed to do a rare cookery demonstration during the Manchester Eats festival, taking place over the weekend of 7-8 July.

Manchester Eats is a brand-new event, which will see Heaton Park transformed into a food lovers’ paradise. Over the two day festival, there’ll be talks and workshops from a number of top celebrity chefs and mixologists, as well as a celebration of Manchester’s growing restaurant and bar sector, and its reputation as the food capital of the north. Visitors will also have the opportunity to participate in a range of classes including vegan and vegetarian cookery, a chocolate masterclass and cooking for kids.

It’s quite a coup for organisers to have persuaded MPW to appear at the festival, as he famously hung up his apron in 1999 and live appearances are rare. The once ‘enfant terrible’ is now better known for endorsing mass produced stock cubes, and as an ambassador for Bernard Matthews’ turkeys. 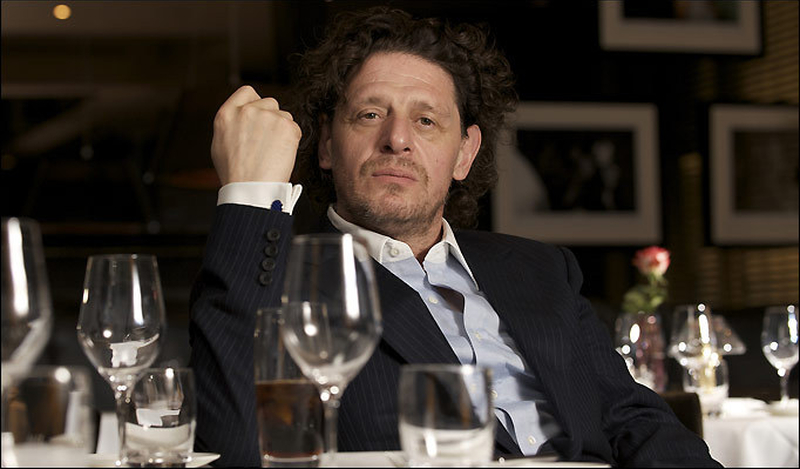 So far, the renowned “Godfather of Modern Cooking” has developed a restaurant portfolio with fifty (mostly mid-level) restaurants in the UK, Dubai and Abu Dhabi.  His most recent ventures are Mr White’s English Chophouse on Canal Street in Manchester which specialises in steaks and grills (reviewed here) and Wheeler’s of St James’s in Liverpool (reviewed here).

But some millennials are at risk of underestimating the huge impact MPW had on British cooking at a time when it was mostly sneered at by the rest of the world. 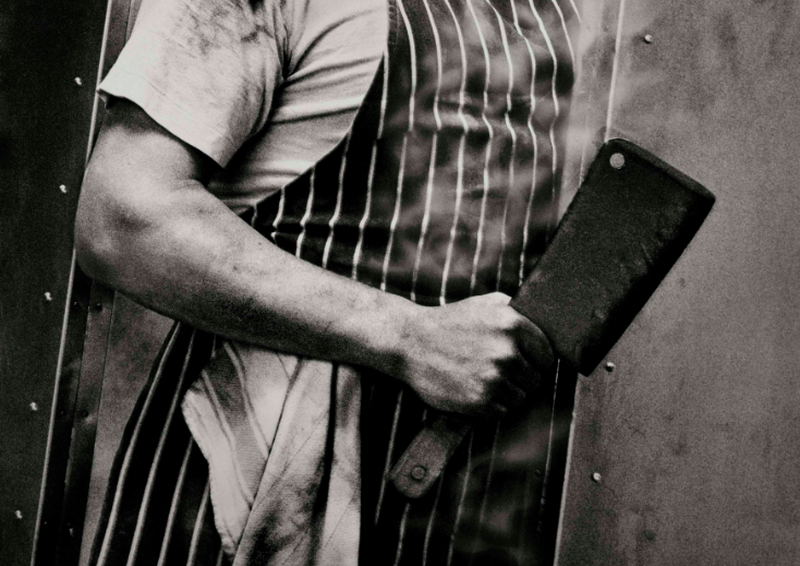 Here are some things you might have forgotten about Marco Pierre White, the first and youngest British chef to attain three Michelin stars:

Marco was trained in classical French cuisine. When he was sixteen years old, he moved from his native Leeds to London (with "£7.36, a box of books and a bag of clothes") to train with Albert and Michel Roux at Le Gavroche.

He continued training with Pierre Koffman at La Tante Claire, before going on to work with Raymond Blanc at Le Manoir, and later with Nico Ladenis of Chez Nico at Ninety Park Lane. He then branched out on his own, working in the kitchen at the Six Bells public house in the Kings Road with infamous chef Mario Batali as his assistant.

He was awarded his first Michelin star in 1987 at his restaurant Harvey’s in Wandsworth Common, London. He was then awarded his second in 1988. In 1995, he got his third Michelin star by the age of 33 in The Restaurant Marco Pierre White in the dining room, at what was then known as the Hyde Park Hotel, London.

One of the world's current best chefs, Heston Blumenthal, began his career with Marco as an apprentice.  He also trained Gordon Ramsay (and made him cry) thus helping the credibility of British food on a world stage and setting the standards maintained by subsequent generations of British chefs.

But Marco had a reputation for being a grumpy workaholic who had no problem ejecting patrons from his restaurants if he took offence to their comments, famously chucking out someone who asked for salt and pepper. He also faced up to his critics, once even unceremoniously phoning our publisher Gordo to call him a c*nt, after a sour review.

Then, on December 23 1999, after spending seventeen years relentlessly pursuing his ambition to be at the top of his game, Marco suddenly retired and gave back his stars. He felt his career was dominating his personal life (White has been married three times).

“My reputation, at times, precedes me,” he has said. “For years, I had been a slave to the stove and yes; it helped me achieve accolades beyond my wildest dreams. I became the first and youngest ever British chef to achieve three Michelin stars, but at 38, I handed them back. I wanted to enjoy a life that didn’t involve 17 hours in a kitchen. I wanted to serve food that I, myself, like to enjoy when eating out. I no longer wanted to create dishes to be judged by critics who knew less about food than me.” 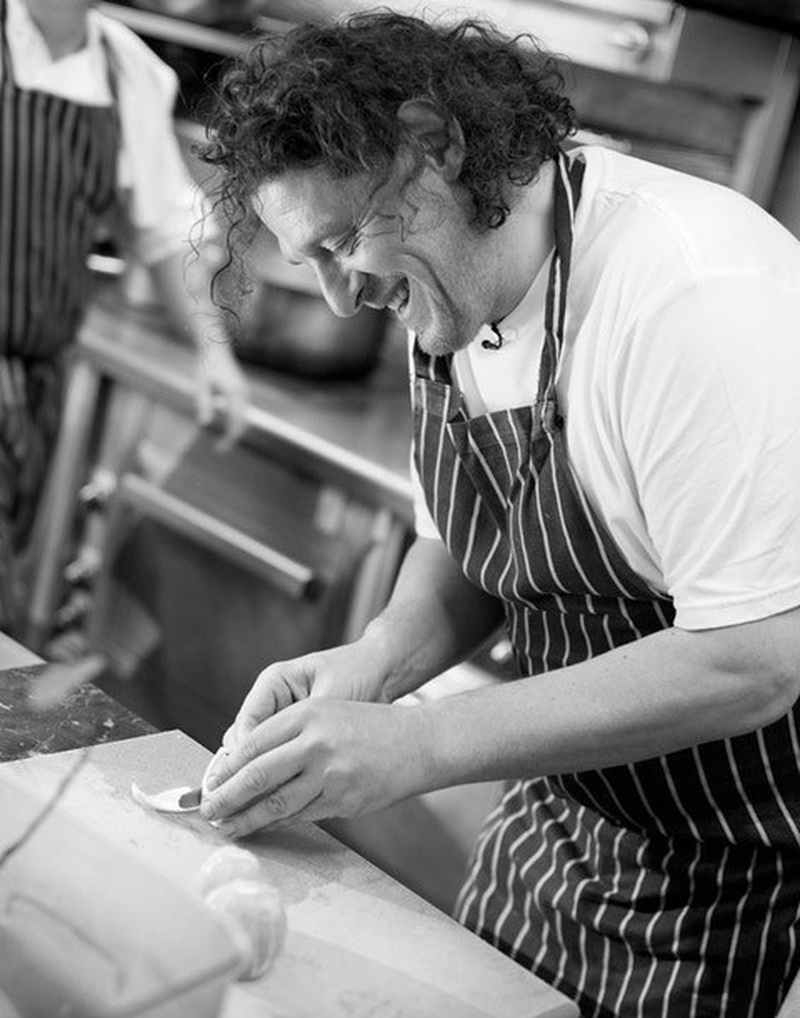 So how did Manchester Eats persuade MPW to don his chef whites once again?

Denise Harris, Event Director at Manchester Eats, said: “As a rule Marco does not cook at public events, so we are thrilled that he has agreed to help us mark our inaugural festival by getting behind the stove and preparing one of his signature dishes.  He will also be being interviewed so visitors can find out a bit more about the real Marco and what inspires him. It promises to be an insightful event.” 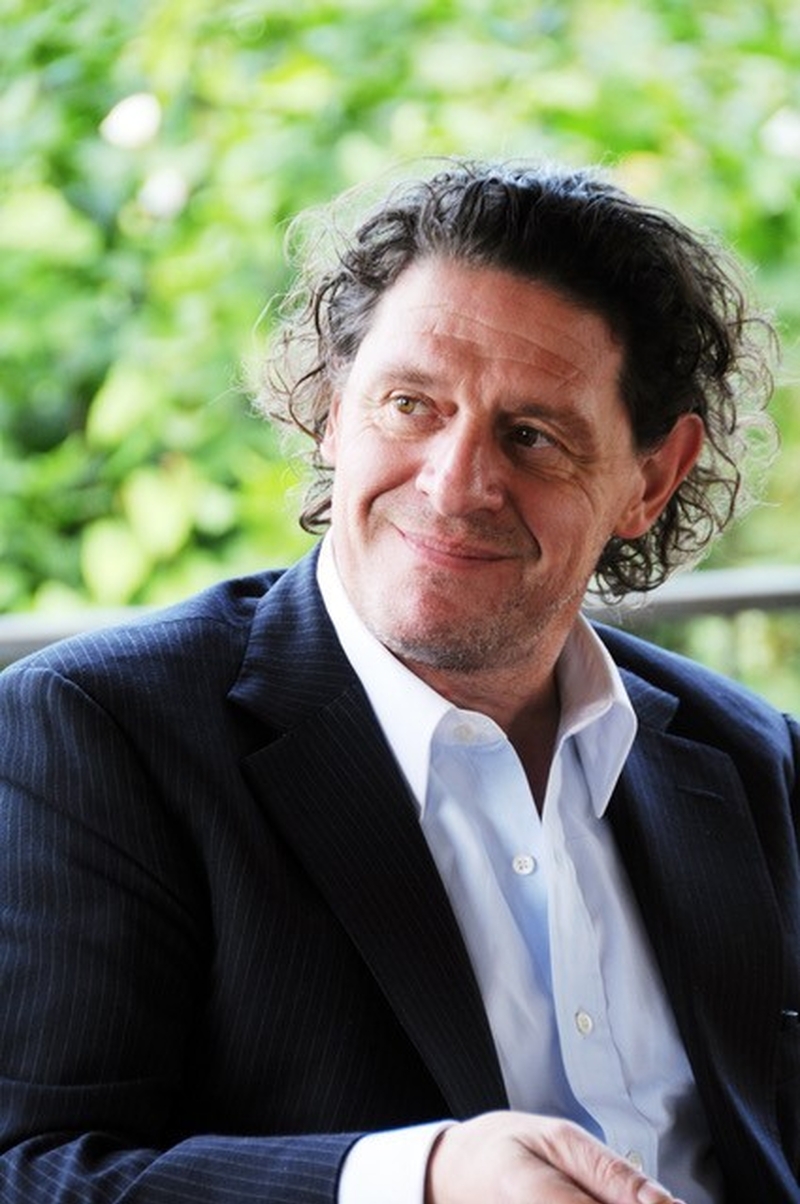 The event will provide an opportunity for Marco to be reunited with one of his many protégées, Matt Tebbutt, who will also appear at the festival.  Matt was trained by Marco at The Foxhunter and has gone on to carve out a TV career, appearing regularly as a presenter on BBC’s Saturday Kitchen.

A host of exciting names have already confirmed their places on the exhibitor list, including Cottonopolis, Proove Pizza and Manchester Gin, with more being added each week in the run up to the weekend. Great British Menu’s Adam Reid from the French at The Midland Hotel has also agreed to appear as part of the chef demo line up. 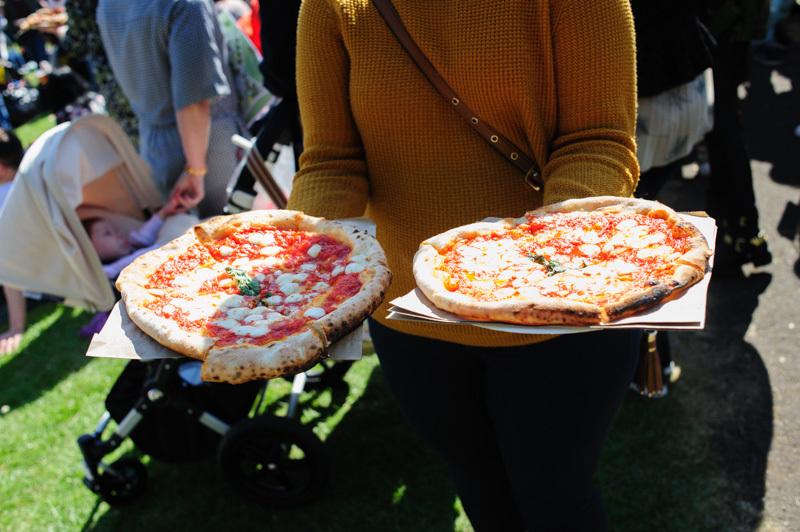 Official charity partners, the Diane Modahl Sports Foundation, which supports young people across the North West to achieve their goals and improve their lives through sport and nutrition, will be providing an activity zone on both days with interactive, accessible sporting activities for both children and adults. The event also features a dedicated children’s village and live DJ sets.

Tickets are available from www.manchestereats.co.uk