It’s Dry January and those taking part in the annual abstinence-fest are celebrating being almost halfway through a whole month on the wagon. But there's a general trend emerging with a noticeable move away from Britain’s famously messy booze culture and towards an increased mindfulness about what we eat and drink. Many people are choosing quality over quantity when knocking back alcohol, while a significant number are knocking it on the head entirely. Anyone who abstains regularly will be familiar with an often depressing offering from bars and restaurants in the 'no and low' department. But things are changing.

"...they offered me coke or cranberry juice. They may as well stick Blossom Hill on the wine pairing list"

Here in Manchester, we have history of inventing great tasting and creative alternatives to grog. Probably one of the city’s proudest exports is Vimto which was concocted by Noel Nichols on Granby Row in 1908 in response to the temperance movement. Originally marketed as a health tonic (Vim Tonic), this purple potion is now loved for its unique flavour by young and old all over the world. But there are a newer crop of independent businesses operating out of Greater Manchester who are creating their own softs and sodas. These fermented, fresh and fruity libations feel like a grown up treat rather than a prohibitive punishment. Here are some of our faves: 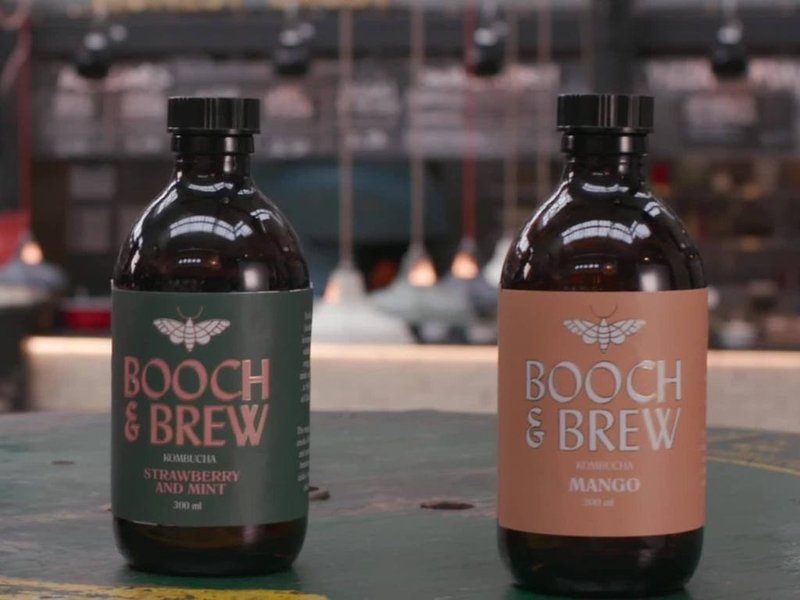 Booch & Brew was founded by Emma Thackrey (interviewed here) and her husband Julian Jarvis along with their friends Kate Goodman (of Reserve Wines) and her husband Kenny. Emma and Julian had fallen in love with kombucha while living in Richmond, Virginia USA where it is hugely popular. They started experimenting with fermentation in their garage and, when they returned to the UK, took the plunge to set up their own kombucha brewery in a former storage tunnel in Dunham Massey.

Kombucha has a sour, slightly yeasty flavour which comes from the millions of microscopic (good) bacteria in it. It’s not too sweet so it's appealing to those looking for an alternative to beer or wine as it doesn’t taste like fizzy pop. This ancient tonic is a bit like the sourdough of the drinks world and it's packed with vitamins and antioxidant acids. B&B deliberately designed their bottles and branding so that you can hold one in your hand and feel like you are part of the culture in a pub or bar and Emma suggests drinking it from a wine glass. She says there are many benefits to going sober, temporarily or otherwise, "mental health and clarity, better overall health, more energy, better skin, better finances and, my personal favourite, no hangovers or beer fear."

The range currently includes flavours like strawberry & mint or mango, and there's a spruce pine collaboration with Pollen that always sells out on release. There are always new collaborations with local businesses brewing and we're told some exciting ones are on the cards for 2020 including a hopped version which is launching soon.

Out of town: Greens (Didsbury), Market House (Altrincham) and more. 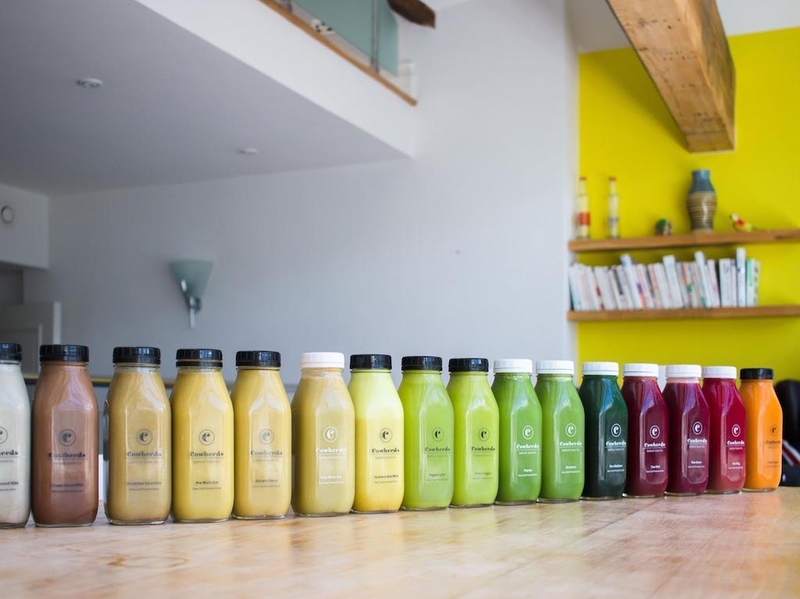 These Salford based juice-masters launched in 2013 doing pop-ups and events teaching healthier eating and cooking skills. In 2017, they moved into a commercial kitchen which now supplies juice to over 30 businesses in Manchester and elsewhere. Set up by Paula Maguire and Jon Shepherd-Smyth, Cowherds takes its name from Salfordian Reverend William Cowherd, who held congregations encouraging vegetarianism in the 1800s. These took place in the ironically named Beefsteak Chapel on what is now Queen Street.

Paula overcame a chronic health condition by becoming vegetarian and is evangelical about encouraging people to improve their health by adjusting their diet. You can buy their products online, including a range of juice fast packages, as well as from stockists all over Manchester. They also do a range of ‘sacred oil’ with CBD. 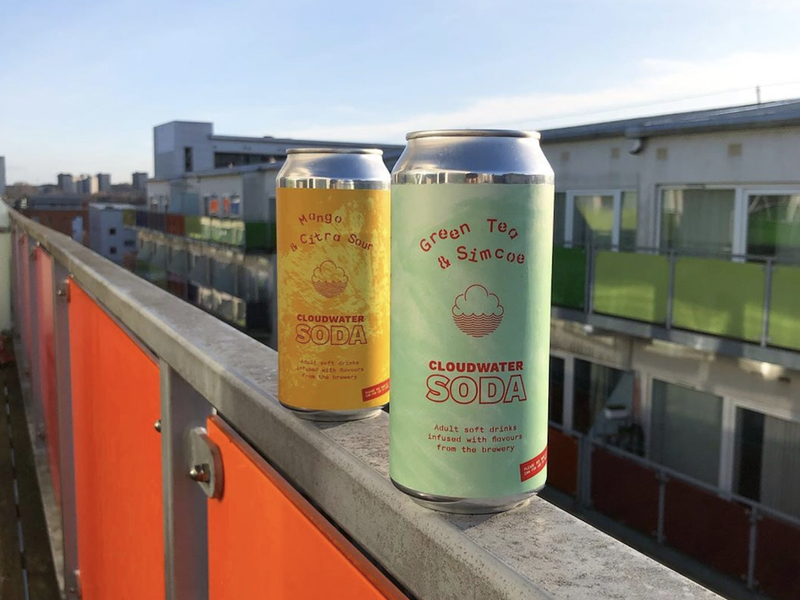 Founded by Paul Jones in 2014, Cloudwater is a fiercely ethical Manchester brewery describing itself as ‘human-centred’ and with a focus on the nurturing and support of both their own team and the wider beer industry. Inspiration comes from ‘a deep love for the changing seasons’ and beers have lofty, philosophical names like 'The question becomes the answer', ‘What’s best for you is also what’s best for us’ and er, ‘What are frogs?’

In 2018 they launched their own ‘good call soda’ which after some complicated legal stuff was soon rebranded as Cloudwater Soda. Inspired by Paul's various periods of abstinence, these are ‘adult soft drinks with flavours from the brewery’ like a halfway point between an alcohol free beer and a lower sugar soft drink. Cloudwater say they didn't want to make a standard alcohol-free beer because alcohol-free alternatives to beers, wines, and spirits are only good for the times when drinking a full strength product would be appropriate. Low-calorie soda can be consumed at any time of day.  The original release was of just two flavours: green tea & simcoe and mango & citra but there are some exciting collaborations on the way. 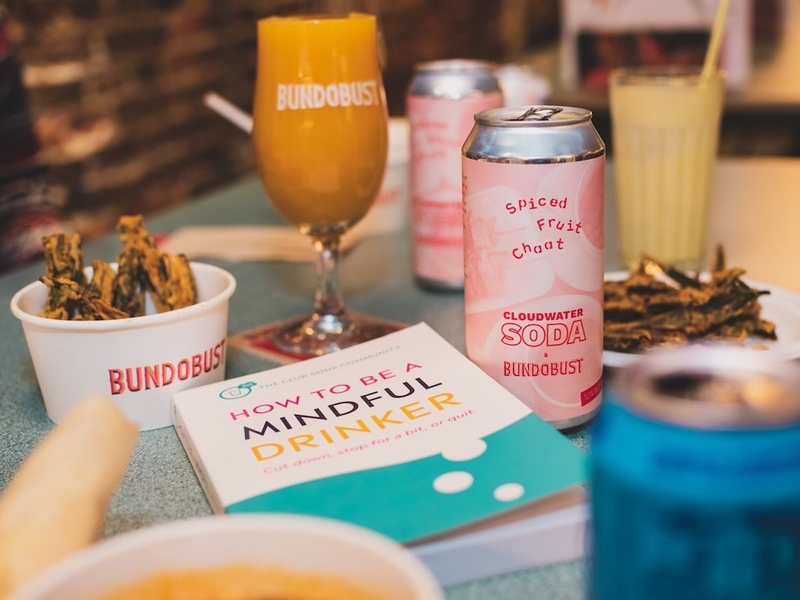 Anja from Cloudwater told us "We are flavour-focused in everything that we do, and we have noticed that if we aren't drinking, the options to pair with food are often disappointing. I went to a Michelin starred restaurant a few months ago when I was in a period of not drinking, and they offered me coke or cranberry juice. They may as well stick Blossom Hill on the wine pairing list. So we are teaming up with some of our favourite taste-makers to make soda that will sit well with their food offering. The first is with Nanban who serve Japanese food, it's a yuzu and bergamot soda and launching at the end of this month. This Friday we launch our collab with Bundobust. It's based on a spiced fruit salad. It's mango, pineapple, passion fruit, cumin, chilli, salt, and mosaic hops, and it works so well with their food."

When asked what she perceives as the health benefits of a period of cutting out or down on alcohol, she said, "It's a great time to reflect on your drinking patterns and work out if there is anything you'd like to change. It also gives you more time and headspace to live with more intention and really live your core values. Of course, as a brewery, we try to find balance with drinking, but many of us take extended time away from drinking to reflect and reap the health benefits too, it's much easier to workout when you're not drinking."

City Centre: The Cloudwater Taproom, Bundobust, Brewdog and various other bars and shops. Contact them for details or buy online. 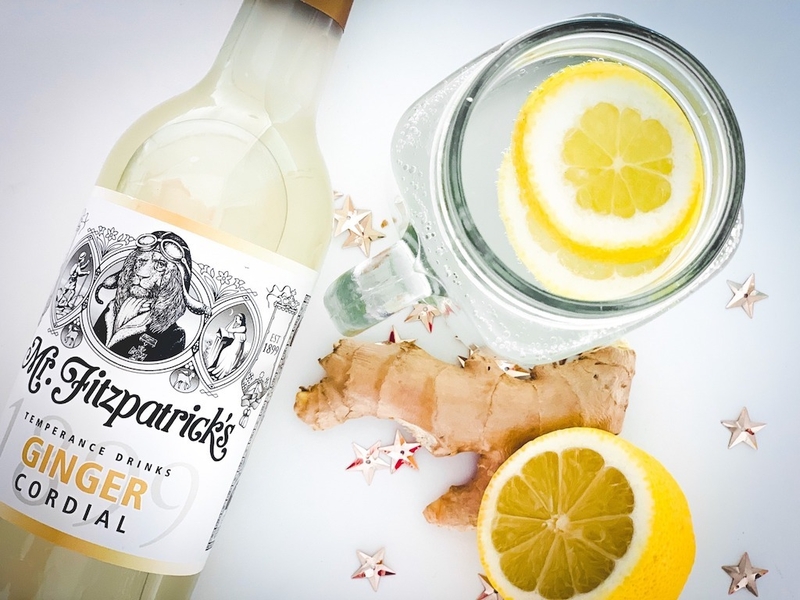 The longest-standing brand on our list is actually older than Vimto, originating in Dublin in 1836 with Julia Fitzpatrick’s personal handwritten collection of recipes for pick-me-ups and tonics made from fruit and botanicals. When the Fitzpatrick family moved to the north of England in 1899 they established a successful chain of temperance bars - you can still visit one in Rawtenstall. These days their vintage cordials and sparkling drinks - numbered in the historic tradition of medicinal and herbal remedies - are stocked by bars and restaurants all over the UK.

The range is vast and ever-evolving, from classics like dandelion & burdock, sarsaparilla or blood tonic to a modern reimagined iron brew or an on-trend lemon, yuzu and turmeric. 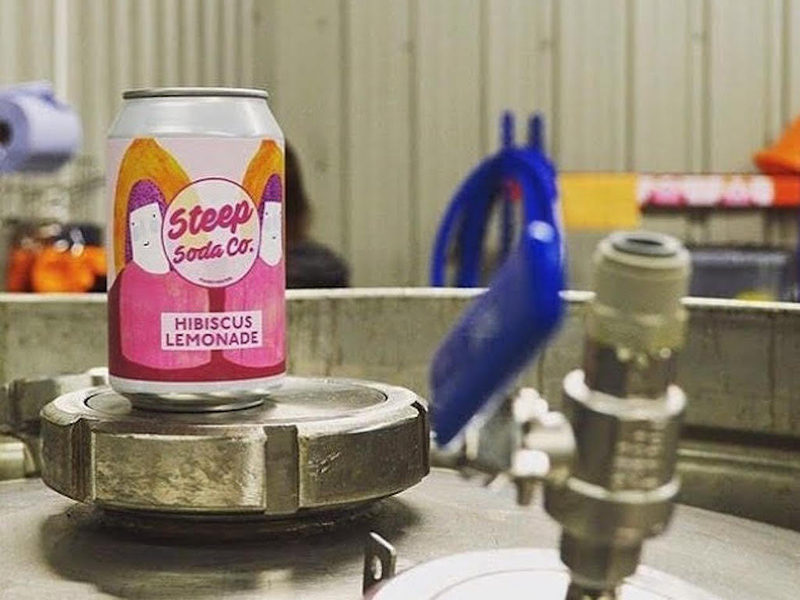 Steep began with Liam Willday and Laura Jane Smith experimenting with fruit and spices in their apartment appropriately close to the Vimto memorial. Liam was working at Runaway & Track breweries at the time and they agreed it would be great to start making quality soft drinks in the same vein as the micro breweries in the beer industry. They sold their first sodas at places like Levy market and GRUB and these days their brewery can produce up to 6000 cans a week.

Liam told us he thinks the biggest benefits of cutting down on alcohol consumption are better mental health and productivity. Steep's focus on quality of process and ingredients makes for a genuinely enjoyable alternative to booze once in a while. Their naturally pink hibiscus lemonade is the most popular in the range and developed  from a successful search for a year-round alternative to seasonal pomegranate as a colouring. Recent additions include a juniper and lime lemonade and a rhubarb soda which is made with rhubarb they pick themselves. Look out for a new shandy in collaboration with Runaway Brewery and a Cold Brew Coffee tonic with local roaster ONE% which launches this week.

Out of town: Station Hop (Levenshulme), B’spoke Coffee (Stockport), Reasons to be Cheerful (Burnage), House of Hops (Swinton), The Beagle (Chorlton), Another Heart to Feed (Didsbury), The Northern Type (Eccles). Cocktails delivered by broomstick? We hope so. 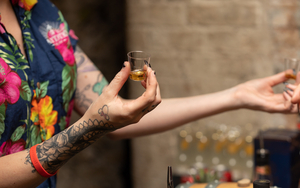 Manchester Rum Festival is back for 2021

Let’s get ready to rum-ble

Manchester Rum Festival is back for 2021
Web Design Manchester MadeByShape