Neil Sowerby reckons Piccadilly/Northern Quarter has the best craft beer crawl in the land. And he should know.

THE craft beer scene doesn’t rest on its laurels – or should that be hop bines?

Cast your ale-addled minds back to July when Manchester Beer Week pitted brewery collab teams from London, Leeds, Liverpool, Bristol and our own bee-haunted boroughs in a battle to decide the UK’s best brewing city. After a public vote simultaneously across the cities the Scousers triumphed on the night with a sour beer homage to pickled beetroot. You sipped it and went 'Ermm'.

Just over 100 yards north lies the Godfather of Craft in the city...

All a bit of fun, we muttered through gritted teeth, knowing deep down the quality of drinking establishments has its own key role to play too. Fast forward. Two great new craft beer bars launched this autumn confirm Manc supremacy, ironically one of them opened by Northern Monk, among the brewers making up the Leeds squad. The other is Beatnikz Republic’s tap, a few yards further down Tariff Street in the Northern Quarter.

Which set us Google mapping three other bars within staggering distance to create our New Favourite Five Crawl (with apologies to The Pilcrow and Cafe Beermoth – just the wrong geography, guys)… 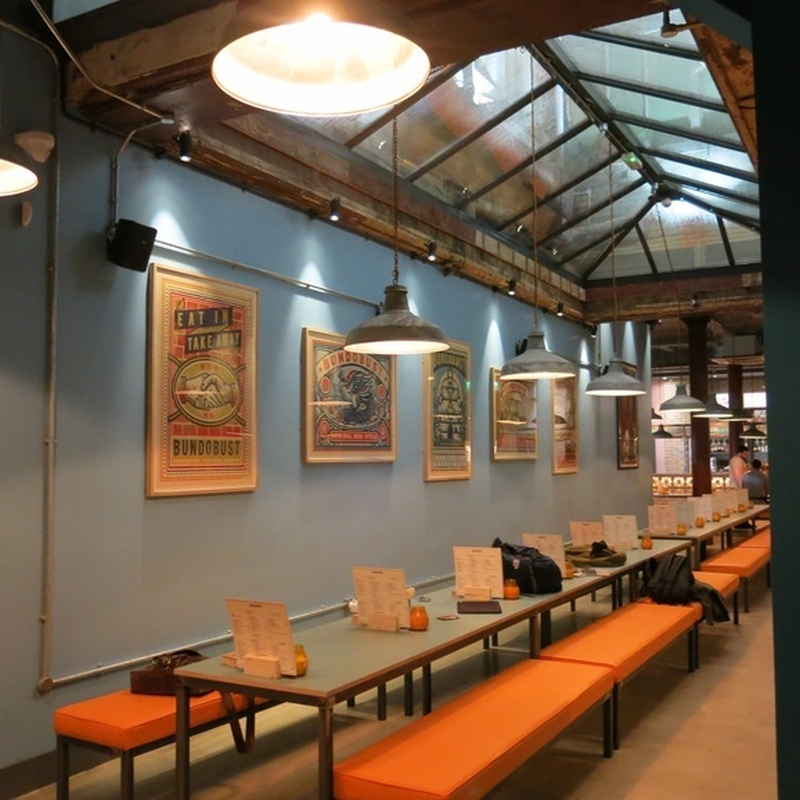 For your starting point head down those dodgy looking stairs off Piccadilly Gardens. A bit of quality veggie ballast for the epic trek ahead? Maybe the Okra Fries, a Massala Dosa and that mashed potato burger Vad Pav, washed down with beers designed to handle Indian spice. Bombay Dazzler, a £4.80 a pint Indian Witbier brewed for them by Northern Monk, has been joined by Juicy Bhangra Pale Ale (£6), commissioned from Danish brewers Dry & Bitter. Both beers are just 4.8%, so you are not peaking too early. With sixteen keg lines, offering perhaps the best line-up of saisons, sours and other exotica in town, plus cask pumps usually delivering a Marble beer, the temptation is to linger but it’s time to walk the 150 yards to bar no.2. 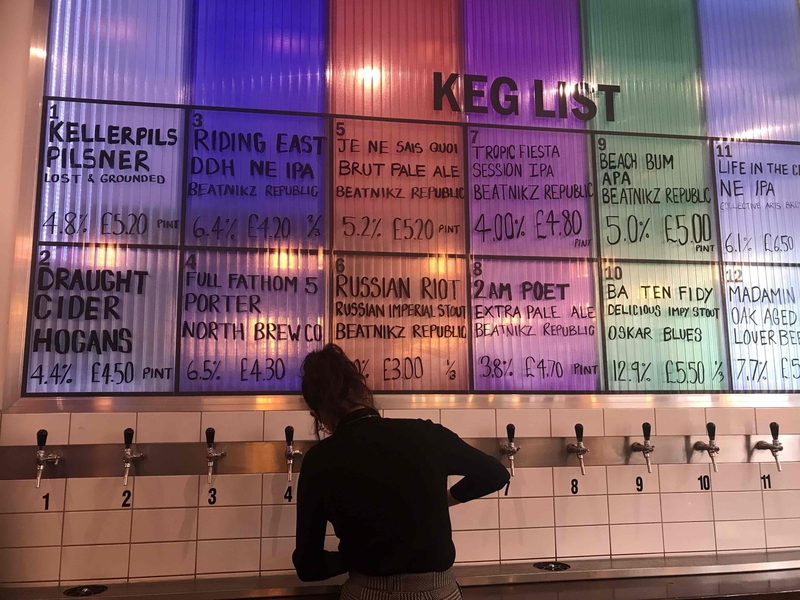 Sharing a corner doorway with Idle Hands Coffee in the splendid Dale House, this is a showcase for one of Manchester’s newer microbreweries, just a mile away in the Green Quarter. Founder Paul Greetham gypsy brewed around the UK before finding a site in the city where he went to university a decade ago. The name is inspired by Greetham’s love of the US Beat movement of the Fifties and Sixties and iconoclastic kindred spirits who have revolutionised the American (and world) beer scene since. The Republic bit comes from Paul’s view of beer as a democratic, affordable drink. Certainly the new bar is less snooty than some craft beer bars can be with the bonus of alternating street food  traders most Saturdays.

Twelve keg lines and four cask pumps (Paul is keen on cask) dispense both adventurous guest beers and a selection of the Republic range. A good entry level introduction is the 3.8% 2am Poet Extra Pale Ale, which costs £3.70 as cask and £4.70 keg. A rare chance to compare versions. Fancy a stronger, more complex Beatnikz high? Go for Russian Riot Imperial Stout, created with with muscovado sugar, cherries and bourbon oak – 9% and £3 for a third of a pint. Just the one then. 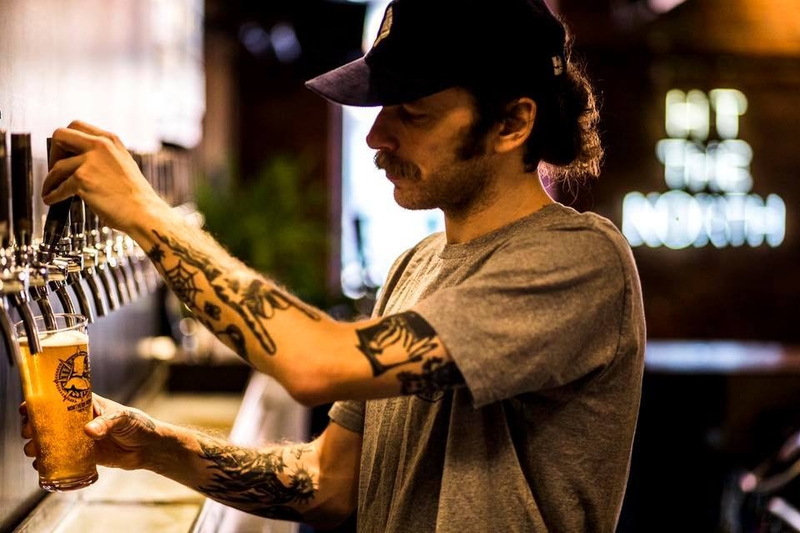 Much has been made of the £1.5m swiftly raised via crowdfunding, enabling the expanding Leeds brewery to splash the cash on this extension across The Pennines. Not that the former Kosmonaut site is suddenly awash with bling. This is stripped back craft beer nirvana, where even the new menu under head chef Liam Raynor seems designed to accompany some sturdy IPA or stout – beef dripping on roast or roasted bone marrow, served in the bone with a herb crust. Tyke intruders then? No way, says MD Russell Bisset, who was raised in Chorlton and still has family around here: “I’m proud of Manchester. It’s the city in the north I feel the most affinity with outside of Leeds.”

To prove his love, to mark the Refectory opening they brewed a Don’t Mess With Manchester Pale Ale in conjunction with Cloudwater, Blackjack, Runaway, Marble and Track. I any cans are still around snap them up. Otherwise explore the16 keg lines and four cask pumps for the likes of flagship session IPA Eternal (£5 a pint) with its tangerine aroma and lingering Centennial and Simcoe hoppiness, or the resinous, tropical intensity of Heathen IPA – America in a  glass at 7.2% ABV. Though that core range is just the tip of the hopberg. Check out their questing seasonal specials 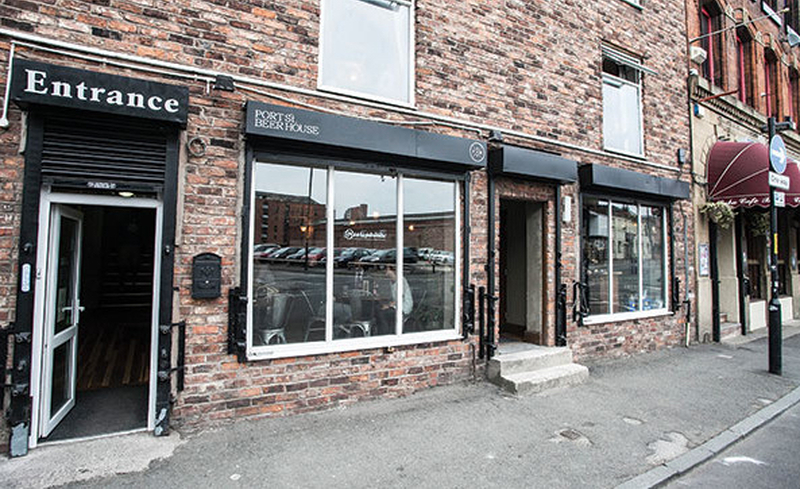 Just over 100 yards north lies the Godfather of Craft in the city, celebrating its eighth birthday in January and a much mellower watering hole these days with its cosy beer garden. Port Street begat Indie Man Beer Con, that annual convention of like-minded hopheads at Victoria Baths and shows no sign of losing its appetite for stocking the globe’s most arcane brews. Perusing its hefty bottle list with appropriately hefty prices will confirm the fervour. Latest acquisition is from New York State’s Evil Twin Brewing – an Imperial Mexican Biscotti Cake Imperial Stout. To sample its flavours of ‘coffee, cinnamon, almonds, cocoa nibs, vanilla, and habanero peppers’ and 10.5% alcohol will set you back £36 for a 750ml bottle. The draught offering is much kinder on the pocket. Prices at a recent tap takeover by Macclesfield’s pioneering Red Willow started at £3.40 for their Faithless English Pale Ale. 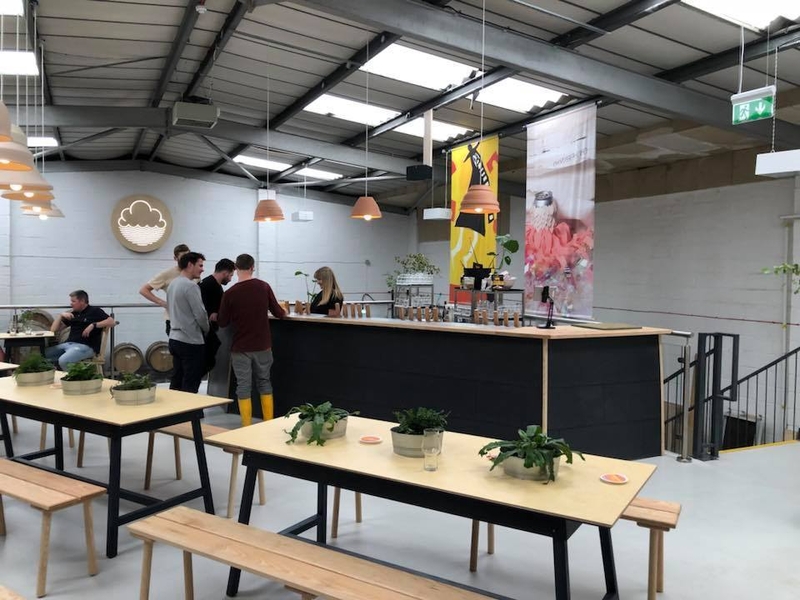 From Port Street this is the obvious trajectory, albeit clocking in on the beerometer at just under a mile. Previously it was in the award-winning brewery’s barrel store on Sheffield Street at the start of the ‘Piccadilly Beer Mile’. But there has always been a sense of Cloudwater leading the way, yet standing apart – and not just because it has been ranked second best brewery in the world by the influential RateBeer site. Just one reason why at weekend peak times you may have to queue to get in to sample their consistently tremendous seasonal beers against a suitably arty backdrop. The daily line-up on tap can be found on the brewery website. Each stated measure from a third to two thirds, costs £3. The collab brews are among the most fascinating. Get down soon to tackle New West IPA, described as a ‘New England and West Coast Hybrid’, a thick and juicy co-production with Falmouth hopsters Verdant Brew Co (6.2% and £3 for a half measure).

The two big deals on the Cloudwater horizon are their return to brewing cask, a rekindled enthusiasm after championing cutting edge, hop-driven keg instead, and next year’s Friends and Family & Beer festival at Upper Campfield Market (March 1 and 2). All profits from ticket sales will be donated to charities in Manchester.

Like that? Then you'll love The Ultimate Manchester Pub Crawl.