Your A to Z guide to summer drinking in Manchester: Part One 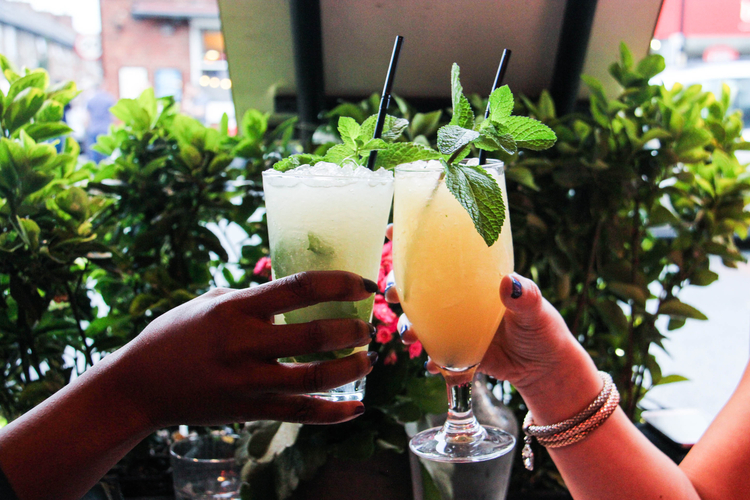 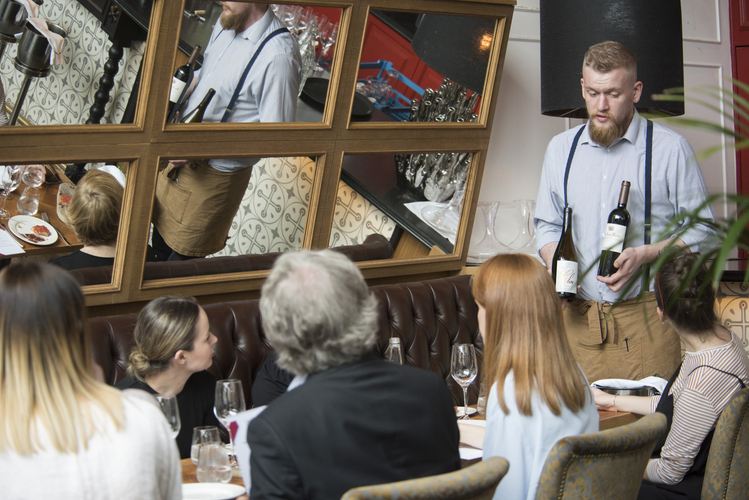 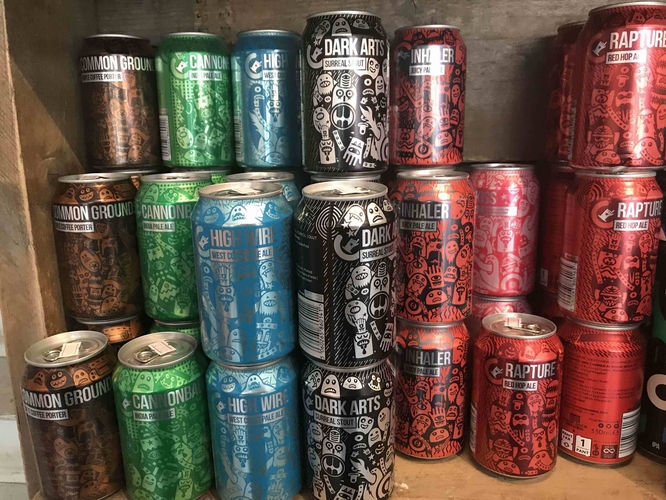 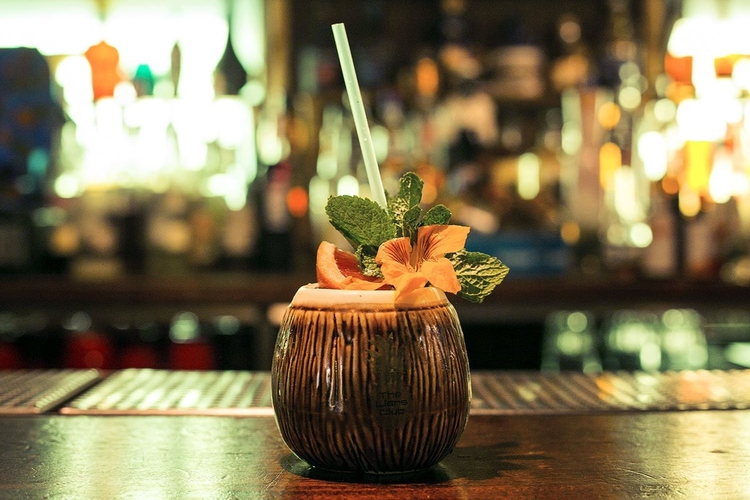 A dash of this, a splash of that, here's Neil Sowerby's tips for random refreshment

Pimms, Prosecco and Aperol Spritz may be the obvious tastes of summer, but why not expand your refresher repertoire? Dip into my alphabet of alcohol...

A is for Albarino

Manchester hasn’t got the monopoly. It famously rains 300 days a year in Santiago de Compostela in the north west of Spain. Still it’s worth the pilgrimage to eat amazing seafood washed down with this local white that’s fragrant, citrussy and dry. It’s now a regular on many UK wine lists, sometimes a little overpriced (Godello’s a cheaper alternative). A good introduction is the Pazos de Lusco (£40) at Iberica, Spinningfields. For a different take on the grape try the tropically fruity Te Awa Left Field Albarino from New Zealand (£28 at Roc & Rye, you may also find it at TNQ restaurant/bar).

Bee is for Beer

Bees have never been more high profile in Manchester, so what better way to toast these busy heroes than with a pint made from our own urban wild areas honey? Manchester Honey and Marjoram Pale Ale was given its debut pour during Manchester Beer Week. It’s a collaboration between the bee enthusiasts who formed Brew Wild Manchester, Burnage micro bar Reasons To Be Cheerful and Blackjack, who brewed it with local honey and appropriately floral hops with homegrown marjoram added at the end of the boil. It joins Wild Honey Beer, an earlier ale made for Brew Wild by Macclesfield’s RedWillow, on the shelves at Manchester Art Gallery Shop. Pure nectar, both.

C is for Cans

A splash of colour, a splash of beer, craft beer is inexorably linked to the revolution in can technology and the opportunities it gives to designers. Famously the Magic Rock brand ‘look’ was created by the artist behind Arctic Monkeys’ album covers and the Huddersfield brewery’s rise runs parallel with their silky canning machine operation. Our own Cloudwater’s seasonally shifting beers have specially commissioned can designs to match. Walk into any top bottle shop such as The Epicurean in West Didsbury and the shelves are a riot of colour with the beer styles inside the cans matching them for innovation. There’s nothing tinny about this new container technology, sealing the contents away from damaging oxygen and light. Super lightweight, so easy to carry along to a summer picnic, cans are the future.

D is for Daiquiri

Ernest Hemingway was partial to a Daiquiri, though his version had double the normal rum. Newly opened craft coffee and cocktail bar Roc & Rye recently celebrated the great writer’s birthday during a whole Daiquiri Week in collaboration with Bacardi. Their limited edition Ron Superior featured in the Spring Gardens bar’s take on the Hemingway, adding Luxardo Maraschino instead of granulated sugar, the only sweetness coming from the fresh lime juice. Normal amount of rum, though, poured in by bar manager David Cole, so I am able to type this recommendation for you.

E is for English wine

English sparklers have been big news of late, scooping prizes and even attracting investment from the Champagne houses. Under the radar still is the rapidly improving quality of our red and white still wines, often quite light and floral, so perfect for summer sipping. A good brand to start with is Bolney Estates from balmy West Sussex. if you like Sauvignon Blanc flavours try their Pinot Noir, delicate Burgundy like at £10 a large glass. The Chop Houses (Sam's, Mr Thomas's and Albert Square) offer a healthy range of English wine, courtesy of wine doyen George Bergier.

It’s less than two years ago that I went foraging for botanicals in Macclesfield Forest with Karl Bond, creator of Forest Gin – with its fancy weasel-design ceramic bottles flying off the Harvey Nichols shelves. Moss, gorse, wild raspberries and bilberries all went into the 30 litre pot still at his Langley home. Karl and wife Lindsay now have a barn base, where they have just created a second gin, Earl Grey Forest. It’s infused with a luxurious tea blend from Chester-based Quinteassential. Like the award-winning original, it’s made in 80 bottle batches and is available from Harvey Nicks stores at £67.50 a 70l (weasel-led) bottle. In a world awash with juniper-based spirit is there room for bergamot-scented variant with powerful citrus and vanilla hints? Definitely, but leave out the tonic (see Q for Quinine).

G is for Ginger

Ginger beer, the alcoholic variety, is one of my favourite summer tastes. Not the awful Crabbies; go for the legendary Marble Ginger, so gingery it’s best quaffed in small doses. Even better, take the leap up to Shaky Pete’s Ginger Brew (pictured above), a tenner on the Hawksmoor cocktail list. Much copied but never bettered, this ‘turbo shandy for the discerning drinker’ was created at Hawksmoor Spitalfields by one ‘Shaky’ Pete Jeary, mixing Beefeater gin, ginger syrup, lemon and London Pride ale and served in a frosted beer mug. The Manchester version (currently being served with Hawksmoor’s own posh ‘Big Mac’) is a perfect refresher and what’s more 50p from each one served goes to local children's charity, Wood Street Mission.

Bitter and Mild and Mixed with a Stout or Porter for months with an R in – the pub staples of yore seem as remote as Captain Mainwaring and his Dad’s Army. With US style craft brewing, over sexed and over here, in the ascendancy, a pint of bitter might sound old hat, but one classic survivor remains my Desert Island Ale – Harvey’s Sussex Best Bitter, brewed in the South Downs and only occasionally appearing as a guest beer in the North. If you do find it, enjoy its its beautiful balance and lingering English hop bitterness. Or book a summer holiday in Brighton, where it’s easy to access.

I is for IPA

No apologies for celebrating another iconic English beer style, one which has been annexed by US craft brewers profligate with the hops. Ironically, Worthington White Shield IPA, the UK’s best-selling bottle-conditioned ale (you’ll find it tucked away in Tesco and sometimes Morrisons for £2.15 a 500ml bottle) owes its survival to the Burton brewery being owned by American mega-brewers Coors, who supported its traditional production inside the National Brewing Centre. Its champion and former brewer Steve Wellington describes it as “pretty much unchanged since appearing first in 1829.” A breed apart from all those American IPA hop monsters, it's tart and tangy from exclusively English hops with a lingering bitterness and cries out for a wedge of Cheddar and a crisp Cox to accompany on the picnic blanket. Lay the Shield down for a couple of years and it gains in complexity.

J is for Julep

I’ve got a surfeit of mint in the herb garden, so the temptation is to muddle up a few Mojitos. A better summery idea, and as easy to make as an Old-Fashioned, is a classic Mint Julep made from Bourbon, sugar and mint over crushed ice, best served in one of those Kentucky speciality silver julep cups in the shade of a bougainvillea tree, but that’s only a dream. Back to reality – most Manchester bars will do you one in a humbler vessel. None, though, as creative as Jamie ‘Cocktail Hobbit’ Jones’ oriental take on the drink at San Carlo Fumo a couple of years ago, where he mixed Japanese ‘Nikka From the Barrel’ whisky with Branca Menta, sweet with bitter notes, and cold peppermint tea. Served in a dinky copper julep tin under a tiny Japanese parasol. Mint! as they say.

K is for Kir Royale

The Kir was famously invented by Canon Felix Kir, mayor of Dijon, combining Creme de Cassis (blackcurrant liqueur) with white wine, usually the tart local Aligoté (Sainsbury’s stock one if authenticity is your goal). Substitute Champagne for the white and you have the Royale, much more fun. As with the standard Kir use just a soupçon of cassis, otherwise you’re in Ribena territory. It goes without saying the better the cassis, the better the Kir. The widely available Gabriel Boudier is OK. I’ve just infused a litre of vodka with a couple of kilos of our own blackcurrants, but that won’t be ready until 2018.

L is for Lemonade (alcoholic)

How to overdose on lots of valuable vitamin C – make your own boozy lemonade. First chop into chunks eight unwaxed lemons and blitz them in the blender with 50g of sugar and 250ml of water. The sieve the juice into a jug, tip the lemon pulp back into the blender and repeat the process five more times with the same amount of sugar and water. Ditch the pulp and stir 500ml of gin into the jug. Lidl’s Hortus gin, a bargain at just £15.99) would be perfect. Chill heavily and serve with mint sprigs.

Part two of your A to Z guide to summer drinking in Manchester will be published later this week...