Naughty, naughty. Back in July Manchester City Council officers, working for the Licensing and Out of Hours Team, were made aware that COVID-secure measures were being ignored at Central Street drinking den Mahiki.

In meetings before and after the venue re-opened after the lockdown was enforced back in March 2020, the bar’s owner Adam Karim assured the Council that he would implement one-way systems for customers, low music volume and a ban on dancing. Karim was warned that if practices did not improve in the high-risk environment he would face further action. It soon became apparent after a series of spot checks that he actually had little intention of enforcing any of the promised precautions.

Sadly, in the case of Mahiki it was clear its owner had zero interest in doing what was not only expected by us, but what was the morally correct thing to do

Following several visits over the weekend of 11th July it was discovered that Mahiki was in fact operating as a nightclub, with no efforts being made to ensure social distancing or take customer details for tracing. Perhaps nobody had told Karim about, you know, THE GLOBAL PANDEMIC. As a result of a complete failure to give a shit, Karim got slapped with prohibition notice, prohibiting the premises operating as a nightclub.

So that’s the end of that then….Except, when officers from the Licensing and Out of Hours Team returned to Mahiki in early August, they found it operating as a nightclub once again with guests being allowed to order from the bar and flout other social distancing guidelines.

Mahiki had already been on the Council’s radar due to a number of significant licence premises breaches that had been under investigation pre-lockdown.

Since the hospitality sector was allowed to reopen on 4th July a great deal of effort has been made by both the hospitality industry and Manchester City Council to ensure that the public and staff are protected from future COVID outbreaks. Teams have regularly engaged with premises owners to offer support for the current changes. However, in spite of repeated efforts, Adam Karim, owner of Mahiki, refused to engage in any meaningful way with officers.

Greater Manchester was one of the few UK regions singled out for a second lockdown at the end of July because of rising R-rates. Restaurants and pubs were still allowed to operate but there were strict rules on people from separate households gathering indoors. Many local hospitality operators have gone above and beyond in making sure that customers and staff adhere to all the guidelines so everyone feels safe in the city centre.

All the evidence suggests that Adam Karim, who also owns city centre Italian restaurants Don Giovanni’s and Cibo, really isn’t that arsed. So, at a licensing sub committee hearing panel held earlier this week Mahiki was stripped of its licence, meaning it is not allowed to serve alcohol for a further four weeks. Mr Karim did not attend the hearing due to ‘personal reasons’ so was represented by his barrister Rosalind Scott-Bell.

Councillor Rabnawaz Akbar, executive member for neighbourhoods for Manchester City Council, said: “On the whole the vast majority of city bars and premises have been playing their part in creating a safe environment for customers. Sadly, in the case of Mahiki it was clear its owner had zero interest in doing what was not only expected by us, but what was the morally correct thing to do.

“We do not like to bring the hammer down as we want to be a Council that works with venues to resolve issues amicably. However, in this case we had no choice. A summary licensing review is a tool we use in only the most serious of circumstances, and stripping a venue of its licence is not something we do with any pleasure. But, we have to make clear that the safety of Manchester residents is paramount and we will take any steps necessary to ensure that.”

It’s been a bumpy ride for the city centre tiki club, which first opened in October 2017 with a lavish launch party attended by David Beckham. It was originally owned by Gary Neville’s GG Hospitality company and was meant to be the northern outpost of the Mayfair A-list celeb haunt aiming to 'capture the essence and elegant fun of the original 1950s Polynesian tiki bars.'

Even regular appearances from Manchester's usual bevy of reality TV and soap stars couldn't stave off the closure, with staff informed of the venue's shutdown on Tuesday 19th June 2018. Mahiki was bought by Adam Karim later the same year. 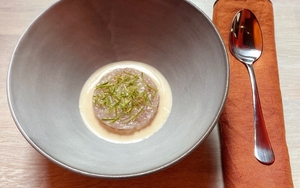 Jonathan Schofield makes a fascinating discovery in a Chorlton churchyard 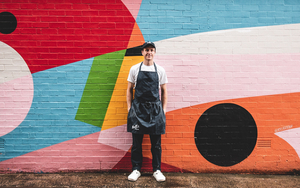