Meal kit review - The Man Behind The Curtain

What? The Man Behind The Curtain

Michael O’Hare divides opinion. His Leeds restaurant, The Man Behind The Curtain, has collected some of the most prestigious awards in the restaurant world, not least a Michelin star and three AA rosettes. A Manchester-based venture The Rabbit In The Moon was as short-lived as the rest of the flock of fine dining concepts that whizzed through the revolving door of the Urbis building - for the record, I quite liked it. His winning appearance and return as a judge on The Great British Menu - standing out from all the other chefs with his rock star mane and eccentric approach - won him an army of cool foodie fans.

Being wowed or horrified (all part of the fun) by a procession of punchy, Asian-inspired goth-styled nibbles is an experience

With eyebrow-raising flavour combos and plating that reflects the restaurant’s graffitied walls, this is not for everyone. The chef himself maintains that the flavours are just classic ideas with a bit of imagination. Does O’Hare care what the critics think? No. He’s doing alright for himself and during lockdown has been happily couriering out boxes of bonkers ingredients nationwide for people to cook at home. His Instagram followers are loving it. I wanted in on the action.

The boxes change weekly and sell out quickly. My box for two contained the ingredients to cook mini octopus hotdogs and sweetbread burgers, pigeon with rhubarb hoisin and pancakes and a kalamansi sorbet. This was £124 plus £15 for postage. There is the option to add a mystery bottle of wine at either £30 for ‘standard wine’ or £55 for ‘premium.’ I couldn’t resist the lucky dip element but couldn’t justify the higher price. I ended up with an excellent bottle of 282 pinot noir from the cool climate Elgin Ridge, South Africa. Other booze add-ons include Champagne, vermouth and craft beer - a 750ml bottle of their own brand IPA is £18. You can also buy a signed skate deck. When my box arrived, I was amused by the inclusion of blood-red loo roll - hopefully not a bad omen - and some rather unnecessary printed paper placemats. I was less amused by the American-style foam hand shaped like heavy metal horns, it made me feel as eco-guilty as the polystyrene box everything came in. But where the polystyrene might be a necessary evil, a foam hand is not.

If Simon Wood’s cook-at-home kit reminded me of a science lab, O’Hare’s is more like an autopsy room with vacuum-packed specimens reserved for medical research. There are bagged sauces in every shade of the sunset, dyed black hotdog buns and two whole - and I mean whole - pigeons. When you think about bringing the luxury of fine-dining home for a lockdown treat, beheading a pigeon in your kitchen and then ripping out its internal organs are not usually part of the fantasy. But that’s exactly what I had to do to get our £124 dinner on the table. I only realised after tugging the membrane-covered organs and heart from the cavity of the poor dead bird that that was what the rubber glove provided was for.

Is all this part of O’Hare’s propensity to shock? During the accompanying Instagram cook-along, he remarked that several customers had been unnerved by the birds arriving with feet and head intact. “A lot of what you eat has a head” was his retort. True enough, and although I’m not one of those meat eaters who can’t face that reality, for some people, paying for an expensive meal involves all that side of things remaining at least somewhat behind the curtain. The cook-along moves quickly and can be tricky to follow, even for a seasoned home cook. A guest appearance from O’Hare’s toddler and ‘bantz’ with his assistant chef give it a relatable, laid-back vibe.

When dining chez O'Hare in real life, being wowed or horrified (all part of the fun) by a procession of punchy, Asian-inspired goth-styled nibbles is an experience. I really wanted this to be wonderful, but sweep away the rock club colours, shock tactics and the food itself doesn’t quite justify the cost - and there isn't an awful lot of it. Bright-red burger and kohl-black hotdog buns are certainly eye-catching but not all that appetising. All of the warnings from nature that say ‘don’t eat me, I’m poisonous’ are there. Sauces made with roe, Japanese mayo and gawd knows what (there are no details) smother the sweetbreads and octopus fast food-style. Although I dig the cacophony of flavours, my boyfriend screws up his nose and can only manage a mouthful before it’s too much. Fortunately there are only two mouthfuls of each to be had.

The main event is on the lines of Chinese crispy duck with many of its desirable elements removed. The pigeon didn’t seem cooked after the designated time so we left it in for another ten mins. You really need to know your oven here. The meat was juicy and pink but we hankered after its crisp-skinned, fat-rendered inspiration and it just made us pine for Chinatown. The online retail price on the pinot varies between about £12 and £22. It’s biodynamic and not something you can get in the supermarket. It's very good indeed - ripe strawberry and red cherry fruit with a subtle smokiness.

Kalamansi sorbet for dessert was disappointing. One tub arrived half splatted all over the polystyrene box - apparently we weren’t the only ones with that issue. It was so intensely bitter that our entire faces puckered while eating it - it felt a bit like some kind of endurance test. I really liked the jelly texture of the sorbet, but without any other elements to contrast its marmalade-squared flavour, it just left us scratching our heads.

Ultimately, I’d prefer not to be too well acquainted with the man - or indeed any of what goes on - behind the curtain in a fancy restaurant. Doing it this way loses too much of that Michelin magic. If you’re looking for an outrageous cooking experiment and have a wallet-full of spare cash, this might be for you. I’ll be leaving the Michelin-star cookery to the experts for now. 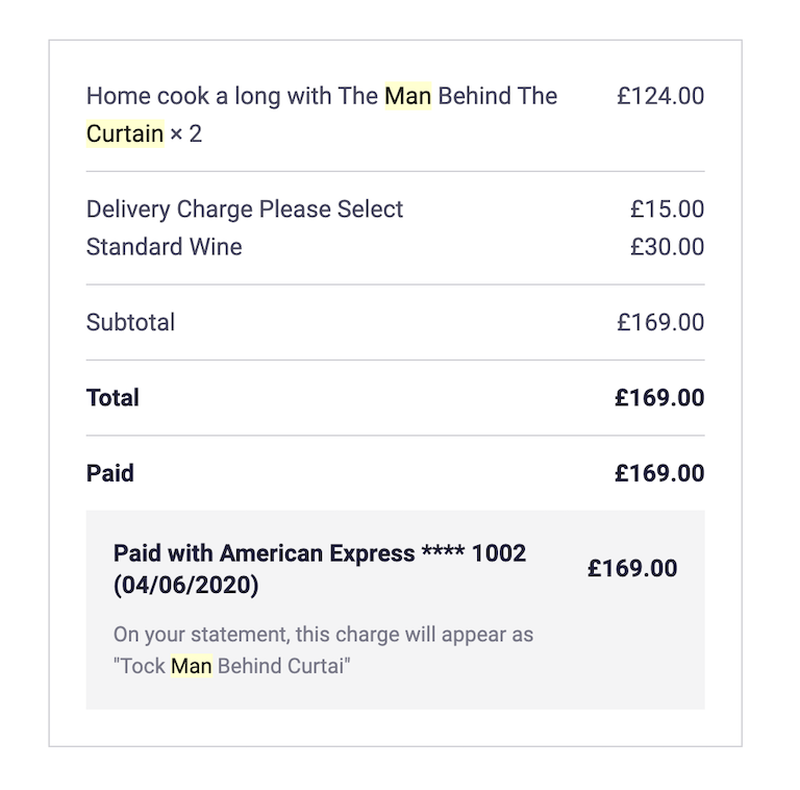 For the amount of food you get, it's very expensive. You're mostly paying for the whole 'experience.'

Other than losing half of one of the desserts, everything was packaged well.

More challenging than some, but not impossible.

No quibbles with the quality of the meat and sauces, but there wasn't an awful lot to eat in the end.

Read next: Which Great British Menu chefs will deliver to your home?