What - The Koffee Pot breakfast kit and DDs burger kit

If you asked the people of Manchester to name their classic food institutions, The Koffee Pot would come up repeatedly. It was the first place I had a fry up in Manchester back in the nineties and it’s somewhere everyone returns to again and again at different times of their lives. Indie band photoshoots, excitedly drawn up business plans, probably even Tinder dates have all taken place here over one of their legendary breakfasts. Manchester’s cool history has The Koffee Pot woven into its tapestry.

A slosh of bloody Mary helps sharpen the mind, and oh mama it's good

It had a bit of a hipster makeover when it moved around the corner but its breakfasts remained unbeatable. One of the things I miss most about life before lockdown is a brekkie club hangout with my mates once in a while. While we worked our way around the many excellent breakfast options in the city, we’d return to The Koffee Pot over and again. This lot were one of the first to respond to lockdown with cook at home kits. I know I’m a bit tardy to the party, but was it worth the wait?

For professional thoroughness I ordered both the burger kit - in collaboration with DDs - and a breakfast kit, both £20 for two. The burger kit could feed four at a push (if you add chips, which aren't included) as it includes four burgers and four buns with two types of cheese, bacon and various sauces. Since meat is a treat rather than a regular part of my diet, a veggie breakfast was more appealing for the day after the burger fest - it includes veggie sausages, beans, hash browns, halloumi, vegan black pudding, all sorts of veg, bread and a carton of OJ. There's also a super-meaty breakfast with both black AND white pudding, a vegan version, eggs benedict and pancake kits and drinks available to add on. I couldn’t resist adding a litre bottle of bloody Mary for £7.50 to our order.

If you’ve ever worked as a line cook on the breakfast shift, you’ll know it’s a sweaty, exhausting task that requires impeccable timing and the occasional rage-flung piece of burnt toast. It also usually involves at least a couple of chefs working flat out. To get all the elements in The Koffee Pot's famous belly busters hot and cooked to perfection at the same time is second only to making Xmas dinner in the stress stakes. Doing it when battling the depleted motor skills and mathematical stunting of a hangover is even more of a challenge.

A slosh of bloody Mary helps sharpen the mind, and oh mama it's good. Nice and spicy, with chunky grated horseradish, sriracha, celery salt and all the usual good stuff. Like the rebel I am, I defy instructions to fry and instead stick the shrooms and tomatoes in the oven and I'm rewarded with one less thing to juggle on the hob. I start to regret following the instructions for shallow frying the sausages and hash browns as they’re falling apart at one point and there are pans sizzling all over the show, but a bit more heat on the hob and everything comes together. My partner comes in to help and it puts a strain on our relationship. We get there in the end and behold, it's a thing of beauty. This might be the best breakfast I’ve had during lockdown.

The previous evening’s burgers were a doozy in comparison. Bit of quick pan frying and an assembly job. I must confess, after I took the pic, I dismantled the burger and split it between two buns. You are given four so you have the option of two double level monsters or four more manageable ones. Even I couldn’t get my gob around that for fear of ending up with lockdown lockjaw.

Overall this is fun, filling and there's a lot of animal satisfaction. In the burger kits, the beef and bacon were quality stuff from a good local butcher and made for a really satisfying - and Instagrammable - beast of a burger. If I had to proffer a criticism, chips would have been a nice addition - we made our own.

The veggie breakfast was great. That black pudding is astoundingly good. Goodlife make my favourite veggie burgers and their sausages were also a veg-based (rather than fake meat) treat. Halloumi is the perfect chewy and salty bacon substitute and all the fresh veg adds up to a really hearty and nutritious brekkie but with some good old fried stuff for good measure. The kits also include links to Spotify playlists which are brilliantly compiled with fun food-based classics such as Toast by Paul Young's Streetband on the breakfast playlist and John Mellencamp's Hotdogs and Hamburgers On DDs. I highly recommend sticking the tunes on to add to the fun. It really did. 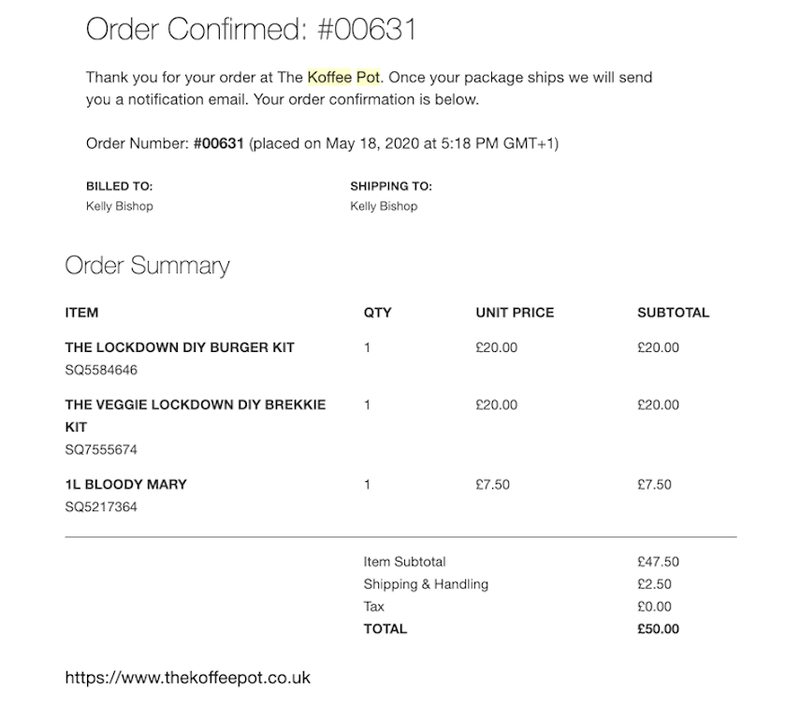 Cheaper than eating in the cafe, even if you do have to cook it yourself.

Loved the playlists. Plastic is a bit lower than average for these kits. Fun that ice pops were included in this scorchio weather.

Burgers super easy, breakfast a bit more of a juggling act - all hands on deck.

Really good beef and bacon from Littlewoods. On the day we ate breakfast at around 11am, we barely needed to eat again all day.

Liked this? Read: Who's still delivering food and booze in Greater Manchester? 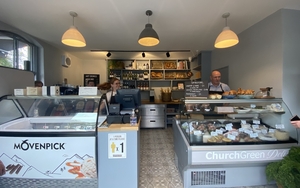