After a raucous start, Manchester's food and drink scene seems to have settled into a groove. Yes there has been terrible disappointment at the news that Boris and Co have delayed so-called Freedom Day for another four weeks, which is no doubt making things even more difficult for many operators. The F&B industry is nothing if not creative and we expect to see many more ideas - from merging art with hospitality to tactical closures - to counter the hard times ahead.

Meanwhile, we are psyched to bring back our scored, independent reviews. First up, a neighbourhood gem, a truck-spotter's dream and a hyped techno Thai - and we've got loads more to come. We are bravely doing our bit by eating and drinking our way (safely) around Manchester and suggest you do the same.

We've got supper clubs, a Shanghai surprise, a summery Spinn and more in this week's bitesize food and drink news. 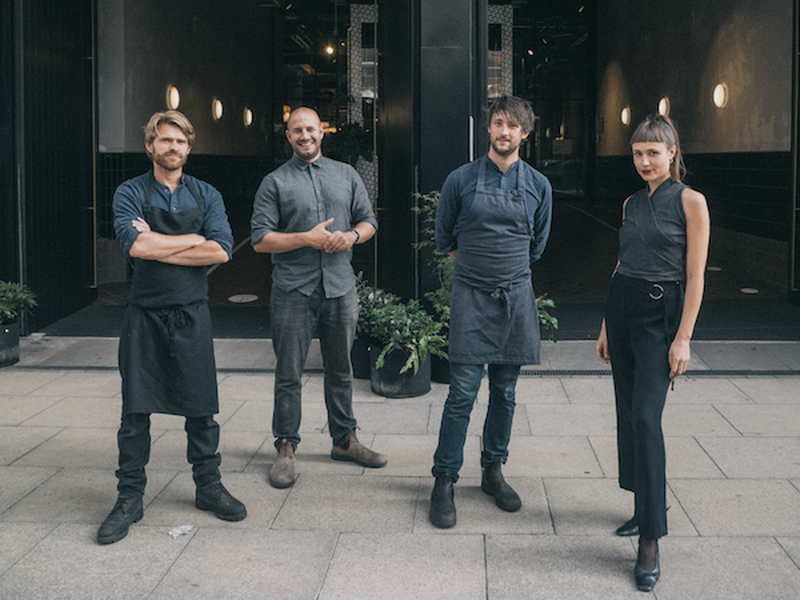 Acclaimed, itinerant pop up Higher Ground is launching a series of supper clubs upstairs at Mackie Mayor. Since launching at Kampus to rave reviews, the team led by Joseph Otway (formerly of Where The Light Gets In) has continued to wow diners with seasonal, hyper-local menus and game-changing natural wines. Giving a new meaning to locally sourced, expect sea buckthorn foraged from Pomona, Salford and exotic mushrooms from Piccadilly Gardens (no not those ones) as well as good stuff from Cinderwood and Platt Fields Market Gardens. The team really does knock it out the park in terms of flavour and creativity. This one will be a fast seller so don't dilly dally. Tickets (£40pp) for Higher Ground at Mackie Mayor are now on sale for the 1 and 8 July events. 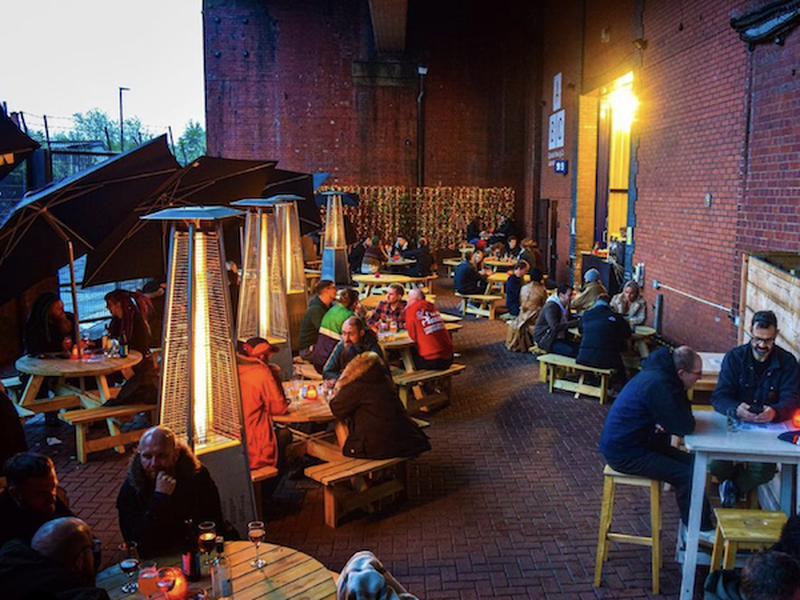 Say it don't spray it (actually do spray it, you're a very talented artist)

Alphabet Brewing Company is launching its summer season of events at its sheltered, heated and spacious taproom and beer yard over near Piccadilly Station (about a five-minute walk from Escape To Freight Island). The first one on 27 June sees a huge street art mural being sprayed live by artist Hammo - the chap responsible for Pedro's much-photographed Lockdown Before Christmas artwork as well as many a snazzy beer can. All you have to do is watch, fresh schooner in hand while enjoying a laidback, summery hip hop soundtrack from local DJs. Attendees will take home a limited edition print from Hammo as well as other mystery free gifts and there will be a colouring competition too. Tickets for ABC's live street art event with Hammo are £10 for a choice of two sessions: 12-4pm or 4:30-8:30pm. There are 10 tap lines at ABC as well as a fridge full of cans. Sound like a plan, right? 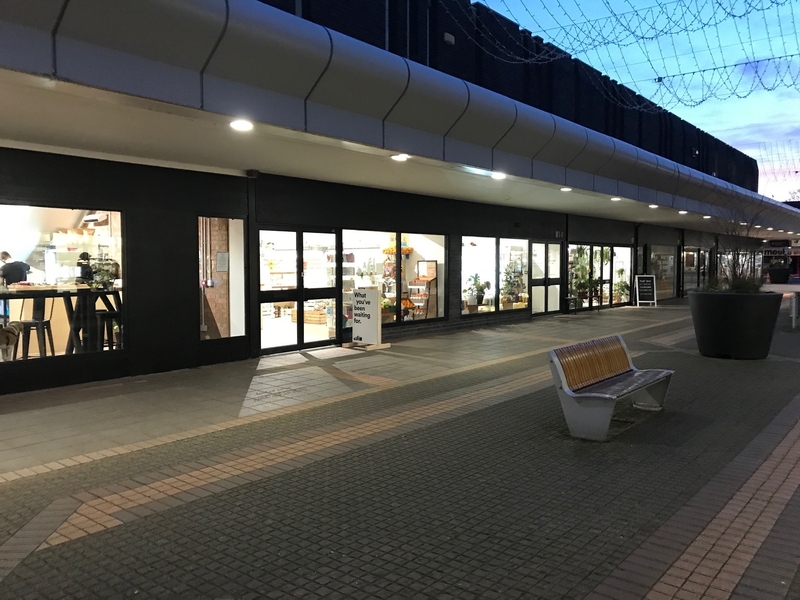 When your love is for Sale

Who would have predicted a couple of years ago that Sale would be competing for the title of Manchester’s most exciting foodie suburb? Mital Morar, that’s who. The General Stores supremo has an eye for a 'burb on the up and has decided that his current Groceries & Beer outlet, a mini version of the Foodhalls concept, will close to make way for a bigger, brighter, shinier Foodhall, with street food vendors, bar, groceries and plant shop.

The new Foodhall will be just around the corner from the current Groceries & Beer unit in Sale’s Stanley Square. We wrote about the rebranding of Stanley Square last year, and the area is expecting to welcome a slew of interesting new F&B operators. Stay tuned... 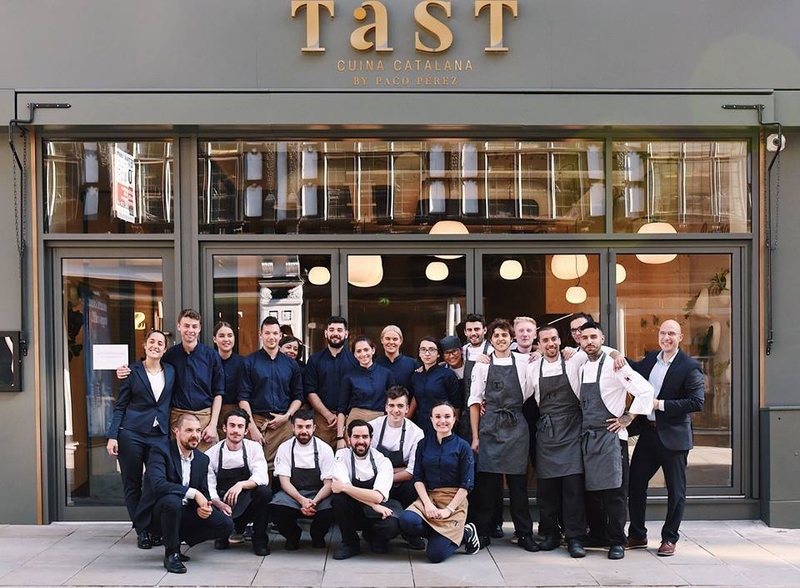 Tast, the Catalonian restaurant from Paco Perez, will close its fine dining restaurant Tast Enxaneta for the summer.

“We simply cannot operate both Tast and Enxaneta without risking burning out our team who are working their hardest to keep us going,” said a statement from the King Street restaurant. “They have supported us through the toughest year and now we must support them.”

While the third-floor restaurant will be closed, the main Tast, terrace and bar will stay open.

“The Terrace at Tast has provided the boost we all needed, allowing us finally to bring a real flavour and buzz of Barcelona to King Street” the statement goes on to say. “We've served more croquetas than ever, poured Cava day and night, and even finally decided to add to the menu the much requested 'Bravas', done in the Tast style of course."

Staff burnout threatens to be a real issue this year as shortages continue to plague the hospitality industry, and we applaud businesses such as Tast that put staff wellbeing at the top of their priority list. Expect more part-closures as businesses focus on rebuilding their teams. 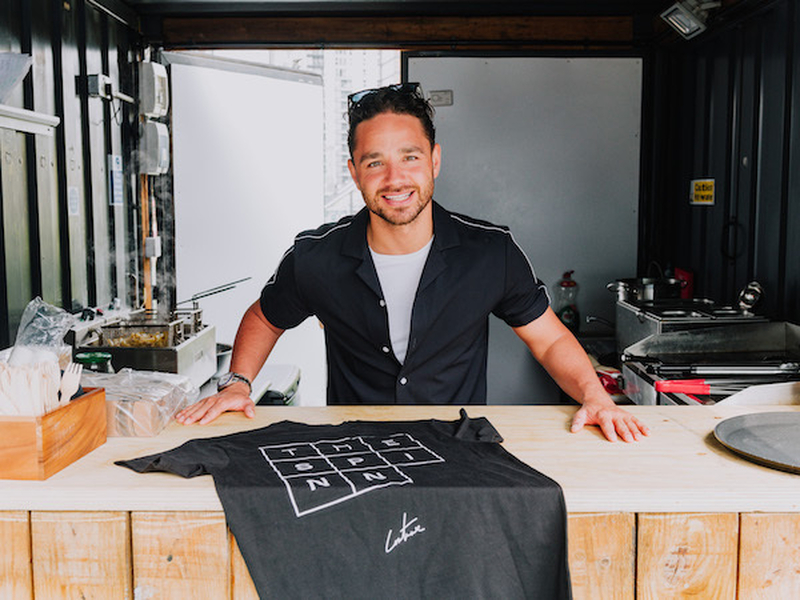 Give us a Spinn

Manchester’s spring/summer 21 season was really all about sandwiches. Among others, Bada Bing and 3 Hands Deli have been paving the way with a well-received sandwich/toastie renaissance. It’s been refreshing to see.

Just as Miranda Priestly in The Devil Wears Prada felt about florals for spring, so do we feel about burgers for summer - groundbreaking. But the announcement of the new Box On The Docks residents might win us over yet. The Spinn, headed up by Emmerdale’s Adam Thomas, is on its way from Gatley to MediaCityUK with its "hot" creation - the Burnham burger. Mayor Burnham's tribute will be available outside of their flagship store.

Influencers and even mere civilians will be able to get their hands on this season’s "hottest" collab from 1 July - 8 August so book your frow seats now from the Box on the Docks website. 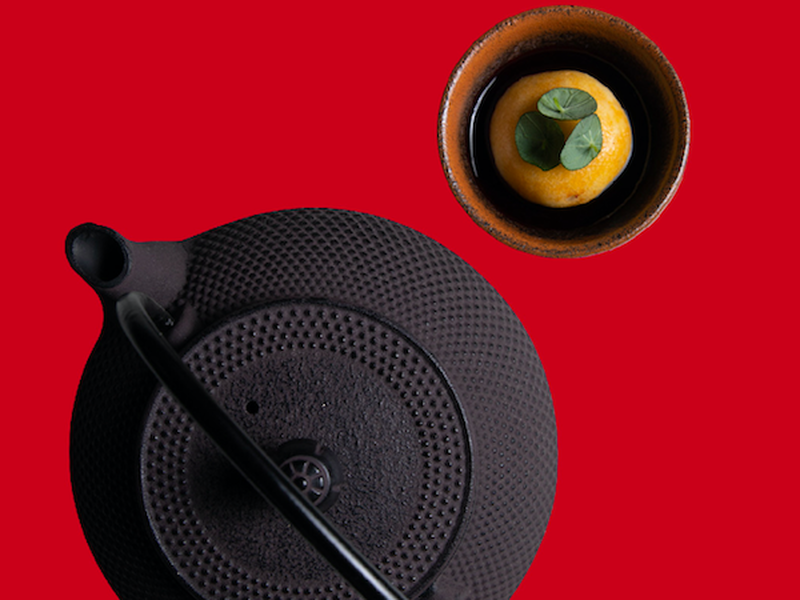 Tasting menu concept Six By Nico has announced its latest menu. Inspired by the cuisine of Eastern China and the unique food culture and excess that comes with one of the world's leading financial powerhouses, the restaurant's latest six-course taster menu will incorporate the sweetness and subtle spice that's inherent in Shanghai's food scene. Highlights include char siu pork mantou steamed bun, cod satay and a matcha and lychee dessert - all with Nico's trademark twists. The new menu, with its vegetarian alternative, will run from Monday 28 June to Sunday 8 August. 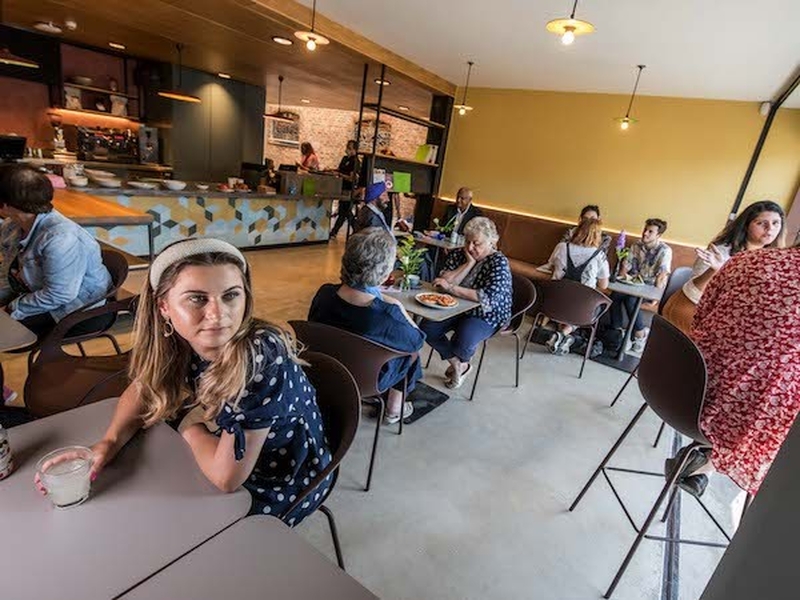 Manchester is hitting it out of the park when it comes to cafes attached to museums. Manchester Art Gallery is a winner, the Whitworth has that modernist glass treehouse thing going on and Corin Bell is doing great things at the People's History Museum.

So we were stoked to hear that the cafe at the Manchester Jewish Museum (reopening Friday 2 July) will be serving classic Jewish recipes such as vegetarian cholent served with challah bread and bagel with shmear and carrot lox. The new cafe comes as part of a £6 million redevelopment of the whole museum.

Located at the Museum’s new entrance, overlooking Cheetham Hill, the museum cafe will open daily from 10am seven days a week to serve a contemporary vegetarian kosher-style menu. 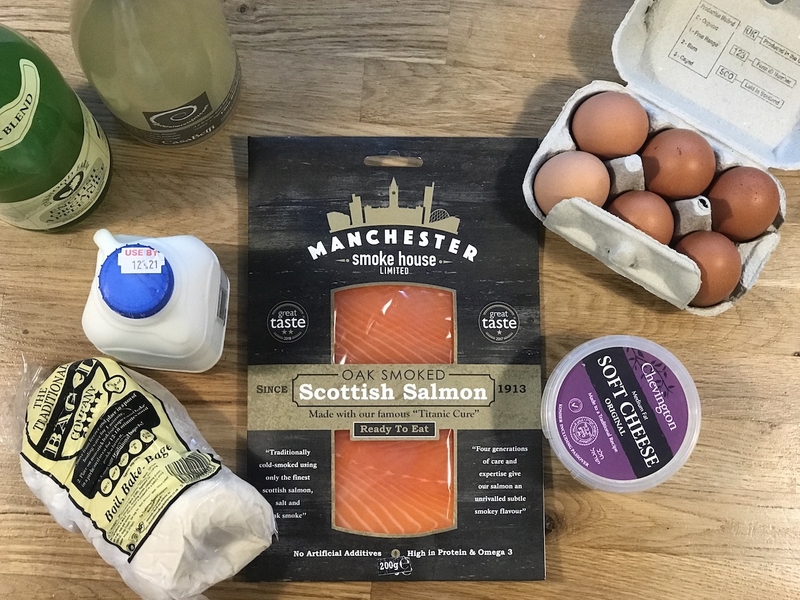 Eat Well MCR is closing its online marketplace for the time being. The Marketplace is an online shop where customers can access food from some of the best independent local producers, brewers and growers. Any profits have been ploughed back into the charitable organisations Eat Well Mcr work with, which aim to feed more vulnerable members of the community. You can read more about the project in our interview with founder Mary Ellen McTague.

Eat Well MCR said: “Every one of you who has shopped with us has helped fund this endeavour. However, as the world continues to shift and adapt to new realities, so must we. Restaurants have re-opened and understandably the appetite for regular meal kits has dropped. This means the marketplace no longer makes enough profit to fund meals for others. So this weekend is the last chance to shop with us, for a little while at least.”

So go and load up on some goodies (we loved the breakfast box) and enjoy some of Manchester's finest independents delivered to your door. The charity arm will still be delivering meals to those in need but will be using other methods of funding from now on.

Read next: 'It sure fits the post-apocalypse pandemic mood' - District, Oldham Street, reviewed

VIDEO: Gordo on Manchester's 2021 Christmas markets
What you say
Read Next
● / Food & Drink