HIRSUTE, simian freaks are not uncommon in Chorlton, but in Nepal such creatures have mythical status. The high mountain folk call them Yetis and tremble. They’re big buggers, according to rare sightings, so Little Yeti is something of a contradiction. Like Massive Mouse or Dry Fish.

“Since the more authentic yak meat hasn’t made it from the old country, we chose chicken”

Little Yeti (the restaurant) occupies an appropriately tiny site that for half a century was home to South Manchester’s oldest curry house, Azad Manzil. When its owner Babu retired in 2014, Andy Leathley transformed it into The Cellar Key, a wine bar/bistro with an ambitious bottle list and pop-up supper clubs featuring top chefs such as Mary-Ellen McTague. After the Key sadly couldn’t cut it, Danish cafe Velbekomme injected some hygge to no avail. Now it’s time for a taste of Nepal.

Little Yeti, it comes as no surprise, is spawned by the same family behind the Gurkha Grill. From the new generation, Nanny is the chef, his sister Niti charming front of house.

Though it was barely early evening, we had already been turned away by a fully booked but near empty café in Stretford. On the rebound, we found that all tables were also taken at Little Yeti, but Niti was more flexible. Could we be out by 7.30pm? (a good hour and a half away) Definitely.

The dining room, with a small bar beyond its arch, looks much as it did in the Cellar Key days, although Nanny and Niti have injected some vivid primary colours into walls and chairs while retaining Velbekomme’s stripped pine tables. Warm brick and flickering candles added to the cosiness with just a few discreet Nepalese artefacts in alcoves. We should have asked if the double-glazing was Everest.

And so to momos, the only way to start a Himalayan culinary adventure. In truth, these emblematic dumplings are indistinguishable from gyoza and have a second cousin, switching continents, in pierogi. Wherever, I prefer them steamed to fried.

At Little Yeti a set of eight costs £6.50, whatever the filling. Since the more authentic yak meat hasn’t made it from the old country, we chose chicken with spicy achar, that addictive vinegary tomato pickle. The achar demanded beer. Lots of options on the blackboard, most crossed off, but Thornbridge and BrewDog IPAs, craft become mainstream, were fit for purpose. There is a lot of chilli across this small menu.

After the subtle delights of the momos a £7.50 lamb rib special was spicy and sticky but crisper fat would have improved it. In contrast a sextet of blackened lamb chops on the bone (£7) were the real deal, replete with cumin, ginger and garlic from the overnight marinade. A £1.50 nan, also from the tandoor, achieved that soft pillowiness you seek.

Roti wraps are also essential Yeti fodder. We shared one harbouring king prawns, tomato sauce, peppers and roasted garlic (£7). Equally satisfying from the tandoor, but minus roti, was mushroom shashlik (£6.50) with chunks of pepper, onion and tomatoes.

Ultimately, it’s quite a limited menu, probably defined by the size of the kitchen and small number of covers. Far removed from the catch-all scroll at the mothership Gurkha Grill.

Chorlton tackles a raft of global cuisines – often with more aspiration than achievement. It’s good to see one modest venue doing its own well. Not to support it would be quite Abominable. 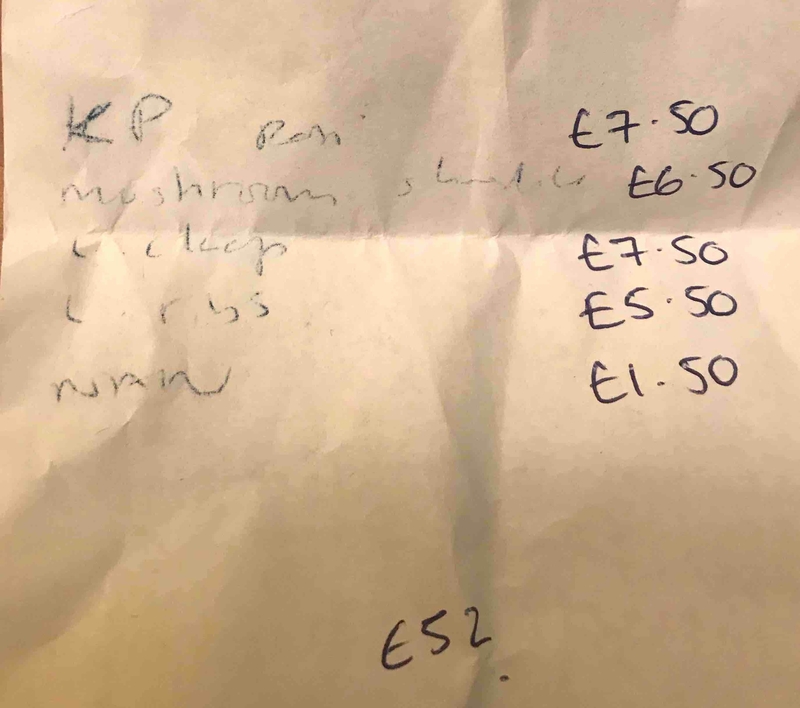