Is this the best seafood in Manchester? 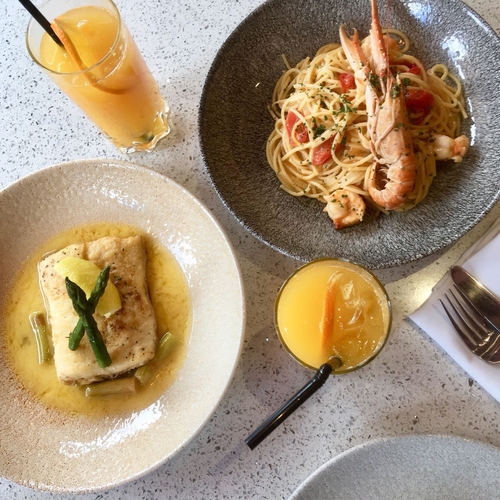 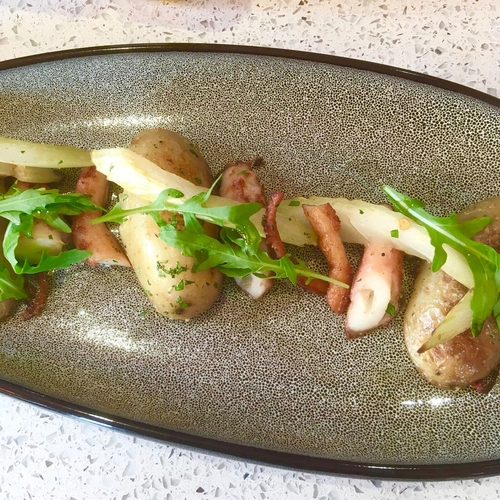 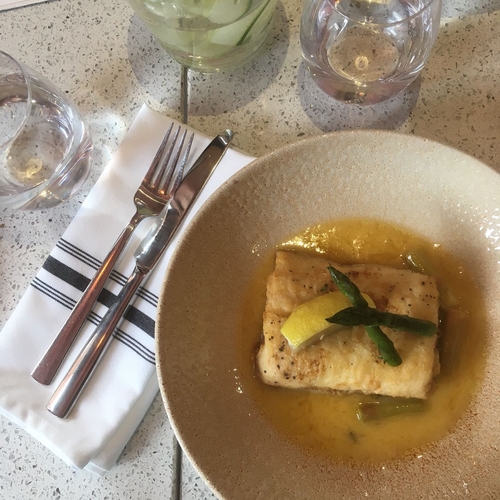 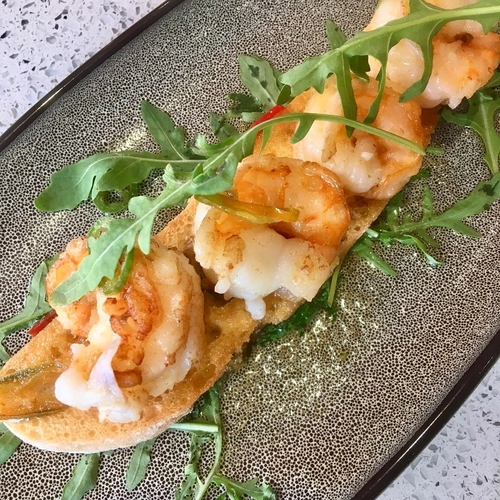 Halibut in Prosecco, lobster bisque and the finest prawns we’ve ever tasted….Cibo is certainly in the running

Run by the same team as Don Giovanni, Manchester’s oldest independent Italian restaurant, Cibo undoubtedly had a head start when opening in February this year.

The principles are the same - fresh, flavourful cuisine made with the best possible produce - but Cibo (an informal Italian word for ‘food’) is a little more boho chic, with hanging plants and vibrant pops of colour. Floor-to-ceiling windows make it particularly light and airy during the day, while quartz tables and eclectic accents add a touch of glamour come night.

As well as breakfast and brunch from 7.30am (8am weekends) until midday, the trendy café-bar and grill also serves superb coffee - with chiacchere, pastry ‘angel wings,’ as an extra bonus - and is planning some exciting new boozy specials, including homemade limoncello.

Cibo also offers a fantastico lunch deal: a glass of beer and its signature pizza-panettone hybrid for just £7. Basically a monster sandwich (but a little more special) ‘pizza pane’ changes filling daily, with veggie and vegan options also available. We tried a particularly meaty one and, as with many Cibo dishes, were astounded at the value.

Our most recent visit, however, was to try the main menu. Available from midday until 10.30pm, this spans pizza to pasta, risotto to seafood and steaks; as well as veal, beef and specialities like guanciale (cured pork cheeks).

Much of the menu hails from Naples, and Rape e Fagaeole was a prime example. One of the heavier starters - ideal for those who’ve come with a big appetite - this traditional dish is one of the chef’s family recipes and includes Italian sausage with wild broccoli and a cheeky hint of red wine.

Another favourite starter was gamberoni, pan-fried king prawns in fresh chilli and butter on toasted homemade bread. We’re not exaggerating when we say these were the best prawns we’ve ever tasted: massive, succulent and toothsome. Much of the seafood comes from Italy and it’s all top notch; right down to the lobster you’ll also find in starters, pan-fried to perfection.

At Cibo, chefs are confident enough to let the ingredients shine. While some dishes are more complex, others are unapologetically simple: sun-ripened vine tomatoes are heaped on homemade crostini, with just a drizzle of pesto, while fresh mozzarella balls and a premium wood-fired oven ensure some of the best pizza you’ve tasted. Our recommendation? Contadina: wild spinach, chicken, and asparagus, with a sprinkle of pine nuts for extra crunch.

But back to our favourite, the seafood. Other winning mains include seafood spaghetti (langoustine, mussels, clams, shrimps and those king prawns) and homemade ravioli lobster, which comes in a creamy bisque made onsite using lobster tail stock. Pink and indulgent, with tomato undertones, it’s everything a bisque should be. Another piece of genius comes in the halibut, pan-fried with Prosecco and a squeeze of lemon; zingy and citrusy, with asparagus spears.

Unfortunately, our savoury stomachs were full by this point - it was time for dessert. Sweets span homemade gelato to panna cotta and profiteroles, but we plumped for tiramisu (another secret recipe, this time from one of the waiter’s grandparents.) Made with freshly ground coffee, served in a glass with a fresh berries and chocolate swirls, it looks as good as it tastes.

And that pretty much goes for the rest of the menu too. We’ll be back pronto… 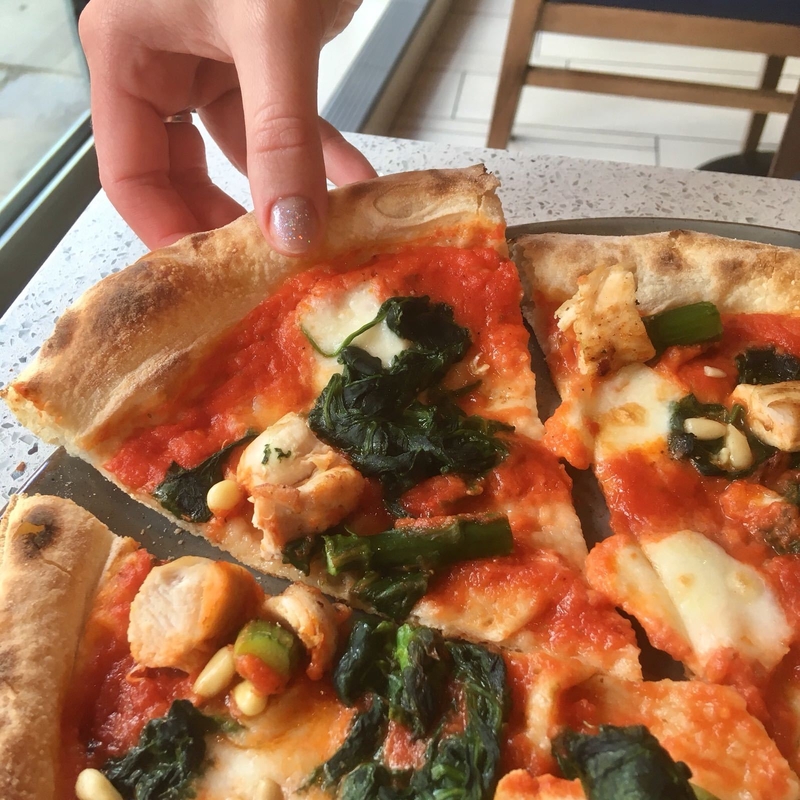 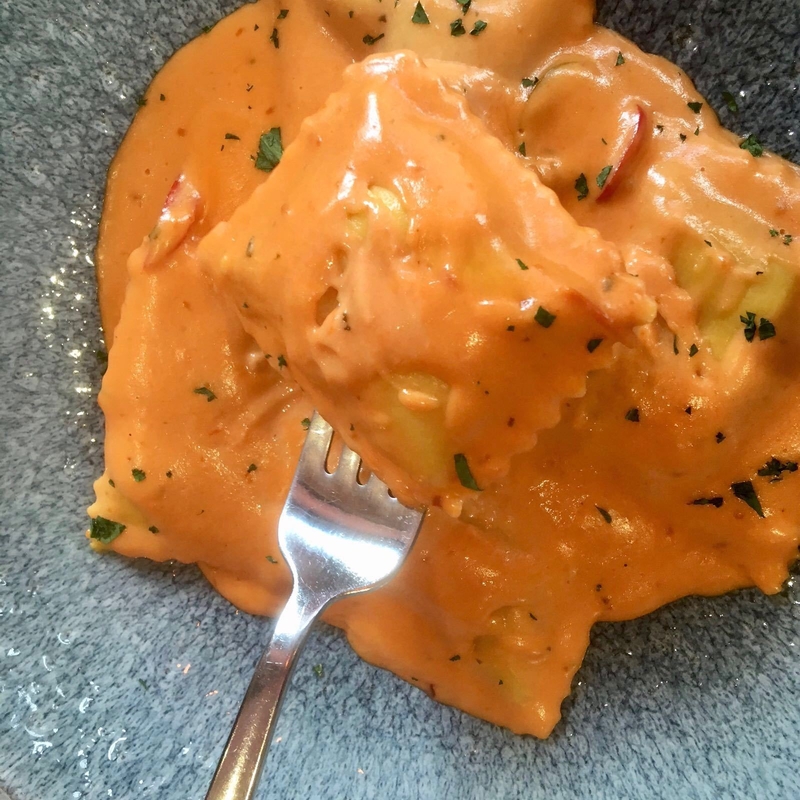 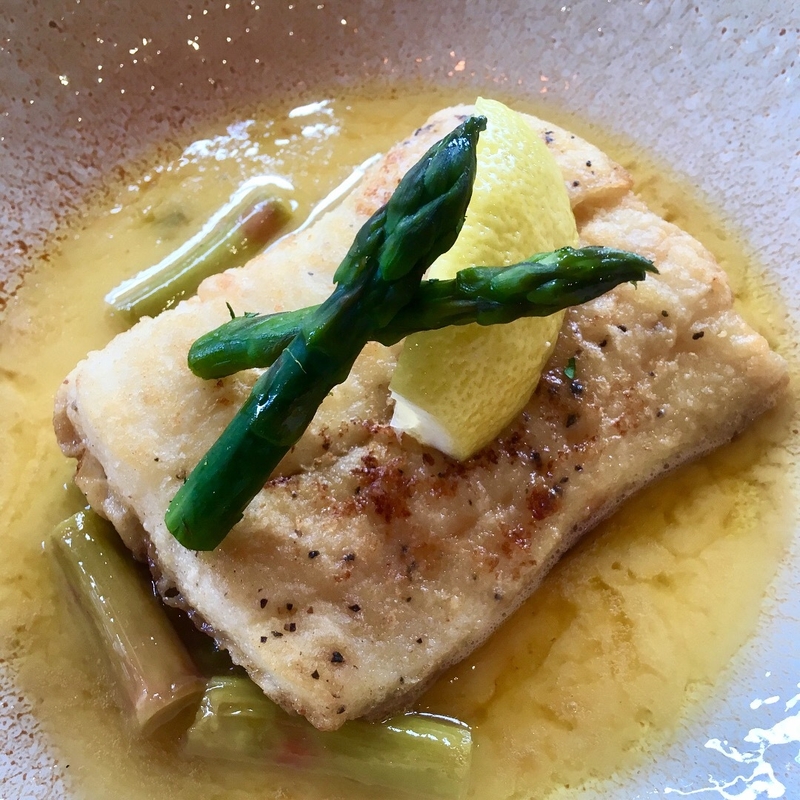