The Mayoral candidate for the Green Party talks to us about UBI, bikes on trams and whether or not she wants to ban cars

One of the most influential political figures in Manchester's mayoral campaign might surprise you. Though the Green Party candidate for Greater Manchester mayor might not be featuring as the bookies' odds-on favourite to win, the other candidates have been sitting up and taking notice of Melanie Horrocks' climate-centred policies.

As a data specialist with a background in law and experience in policing, Melanie might not, on paper, sound like your average Green candidate - or "bunny hugger", a term she has gleefully co-opted from Boris Johnson. She told Confidentials about her vision for transport, why UBI might be the answer to the uncertainty created by the pandemic and an important entry in her mayoral campaign scrapbook. 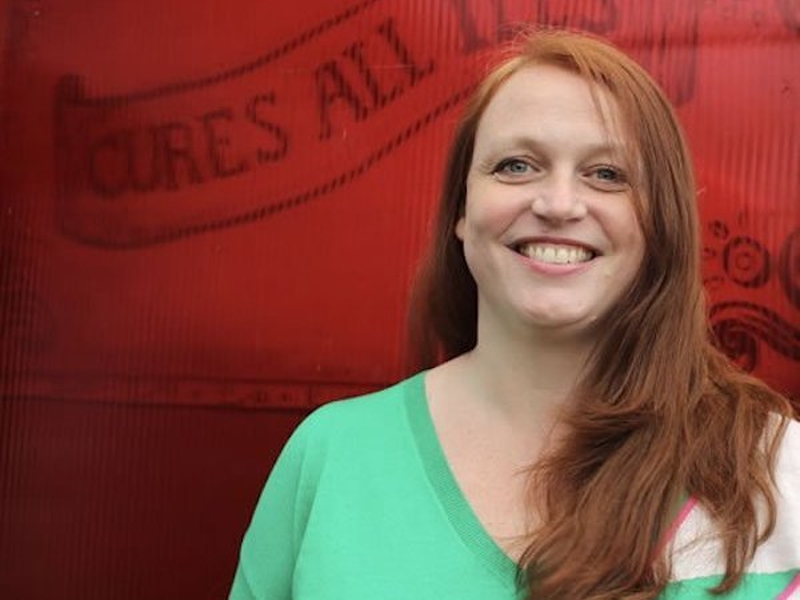 Why should people still be worried about the green agenda when they might be currently out of a job and their health might be bad? Why should climate change be a priority?

Melanie Horrocks: "I’ve tried to balance a vision for Greater Manchester that puts the climate emergency front and centre but also balances that with the individual needs of the people who live here.

"It's not about me saying, ‘We've got to do this’. It’s me saying –‘If we do this, you get a benefit, but actually overall, there is a reduction in carbon emissions and getting towards carbon neutrality quicker. There might be a bit of effort on your part but it doesn't just become inconvenient.’

"It's not a preachy way of saying, ‘Let’s save the trees and hug bunnies’. It’s finding what works for everyone and, ‘Oh, by the way, we also have hugged the bunnies while we're doing it’.

"Some of the other candidates have said I want to ban cars and that’s not the case at all. If you make using the buses quicker and cheaper than driving, it automatically changes how people are going to get around. But you haven't said to anyone, ‘Don't bring your car’, you've just said ‘Here's a really good alternative’.

"But the net benefit of that is a big step forward towards dealing with the climate emergency without you having to make that the express purpose of it. That's always in the forefront of my mind, but putting that into practice in a way that really does benefit everyone."

Speaking of transport, I wanted to ask you about HS2 which I believe not all Greens agree on

"The Green policy is that we support electrified north-south rail links. We've just issued a formal policy position. There is a group called Greens for High Speed 2 and that’s something I am part of, so that tells you my position.

"It's something that I've spoken about with a lot of environmental groups in Greater Manchester, and they’ve listened to me very patiently. I think that the biggest fight is against HS2 itself rather than the concept of high speed. I think they've done themselves no favours by way of the information that's out there. You have to speak to the rail industry experts to understand actually what is happening and it's not about 20 minutes quicker to London from Birmingham. It's about getting all of that intercity travel off the standard line so that they can put in great provision of local services." 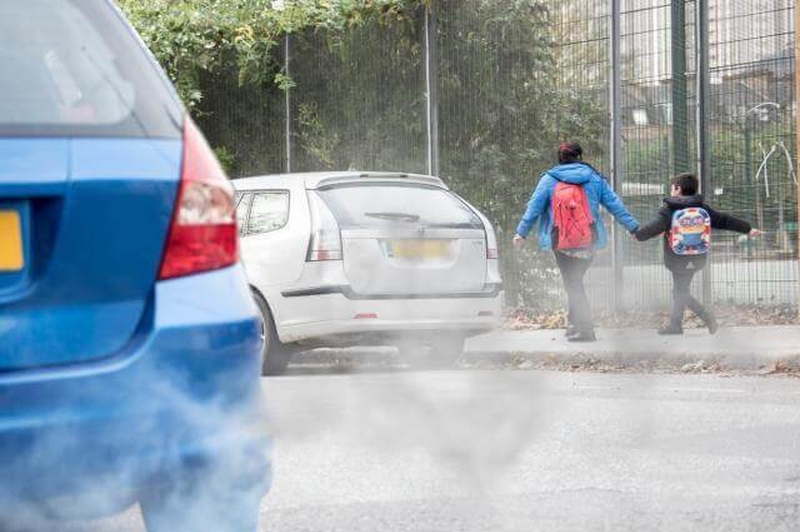 Low traffic neighbourhoods are another controversial one...

"I don't think we can just randomly make lots of places into car-free areas without thought but actually there's quite a lot we can do about it. Stopping that rat run through residential areas can be really effective, and I think it's just about getting it right.

"I've talked previously about the fantastic black-and-white pictures of housewives in the 1950s who got out ironing boards and chairs and blocked the road so kids could play on the street. It's an image that stayed in my mind about how people can use spaces and have seen the use of spaces change over time.

"All these things tie in in a really positive way but bring the climate emergency message front and centre which is: actually it just improves lives.

"We've spent a year saying how much we value nature and how much green spaces are important, but actually you can't get out to them and it's the most deprived areas of Greater Manchester which are the ones that don’t have the green space.

"Not everyone will connect with the climate emergency debate but everyone understands getting somewhere lovely to go and have a day out with the kids, or friends. That's the easy way to get people to see how that would improve their situation. So I think that's the way I've always tried to look at it. To actually present a positive, even if you're not with me on environmental issues."

"Other mayoral candidates have come round to that idea. I think it's really important and it was something I talked about when we had the Student Union Hustings last Thursday. There aren't necessarily jobs for students at the end of degrees or leaving school. We've lost commercial entrepreneurship and start-ups have been really badly affected by COVID. Some self-employed didn't qualify for furlough and didn't get support for new businesses.

"UBI takes away financial insecurity. We're in a mental health crisis and we know that's a really big factor, but it also helps bring back creativity. It's about money being spent locally in our restaurants, pubs and our play centres. City region-wide I think it's the best thing to do."

You certainly have - feel very much under pressure to create an Oslo-style public transport system if I win! And put bikes on trams.

Would you say that you do align with the other candidates on many topics?

"I think for some things they have come along on my journey, especially Simon Lepori. I have this in my mayoral campaign scrapbook that Andy Burnham said he now feels very much under pressure to implement my transport vision with regards to getting bikes on trams. And that's been amazing, from my point of view to see them come along and have them come and meet me where I am in my campaign.

There is a section in the Manifesto about transparency in the council that was quite intriguing. Do you see yourself as having a more oppositional relationship with the Manchester City Council than say, Andy Burnham, who works very closely with Richard Leese?

"It’s just Labour as far as the eye can see, with a few exceptions, around the Council.

"In Trafford, we've got three elected councillors and in Tameside, we've got a Green councillor and there is a real holding to account of the Labour-run councils there.  So I will challenge and that's not about being antagonistic or not getting along. It’s like the relationship at hustings with Simon, Andy and myself.  We've held Andy to account and challenged him.

"Politics should be accessible. And that isn't just about it being open to people to understand but it just shouldn't make you want to hide and hope everyone goes away. I think the confrontation and nastiness just for the sake of it is ridiculous, but you can hold someone to account and you can challenge and you can question without having to resort to that" 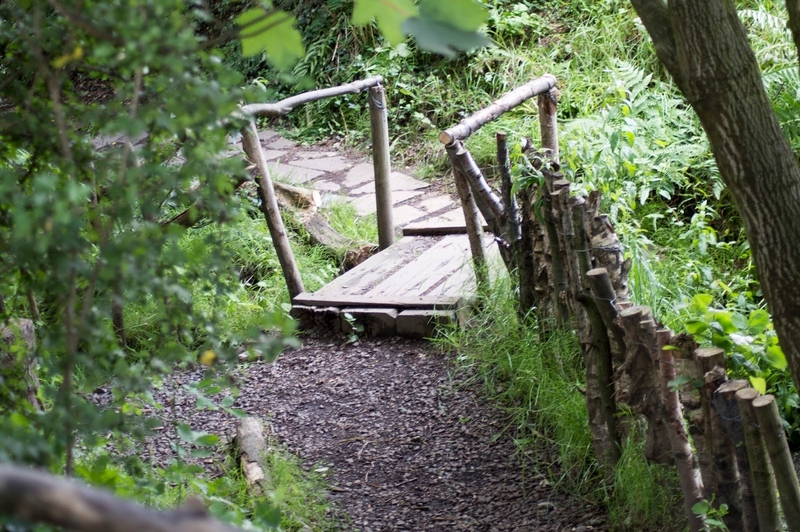 Finally I don’t want to be the interviewer who says, ‘How does she do it?’ but I do have to point out that of all the very busy candidates you seem to have most on your plate. You’re working full time, kids, doing a PhD and running for mayor…

"I actually put my PhD on pause while I’m doing this. It is a big factor. There was an article in The Guardian about research from the Fawcett Society on women going into politics, the challenges they face. The Green Party did least horribly out of all parties on having women standing. I think that's something that actually politics doesn't do brilliantly across the board; it's not just this election and this campaign."

So on Friday when you can down tools for a little bit where will you go?

"I think just in the garden would be quite nice, without any need to think, ‘Do I need to put the lipstick on and be on screen?’ So just be able to enjoy that is the first thing I’ll do."

How does voting for Greater Manchester mayor work?

Unlike the local council elections (which use the first-past-the-post system) the supplementary voting system is used for the mayoral election.