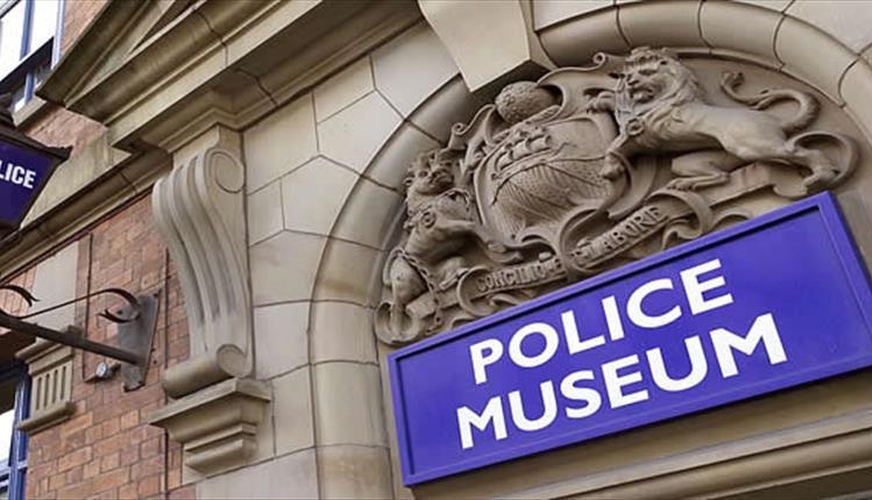 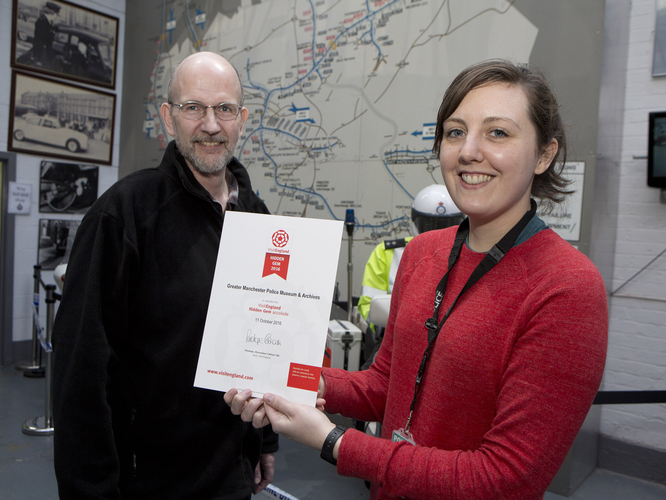 One of Greater Manchester Police Museum’s four main archive categories is ‘aliens residing in Salford from 1914 to 1969'. Contrary to what you might think, this doesn’t mean the city was a haven for little green men: it’s simply terminology of the time (clearly before any inklings of political correctness) and actually refers to immigrants.

It's admittedly niche nature means Greater Manchester Police Museum often lurks below the radar. That and the fact it’s only open Tuesdays for non-booked visits, the rest of the week being reserved for archive research or private tours. But a closer look at this little institution reveals many such intriguing stories: from the history of women to the ‘Peelers,’ a nickname for first officers of forces established in Greater Manchester.

The first such force, formed in Wigan in 1836, is said to comprise what must have been the town’s ‘seven most unreliable men’ - all were sacked for different offences, primarily involving beer. Then again, when officers were often selected on their ability to fight, it’s perhaps no wonder.

Founded in 1981, the GMP Police Museum is itself located in a former police station. Now, it not only collects and preserves relevant archive material but acts as an important resource for community engagement. The museum was first recognised as a ‘Hidden Gem’ by VisitEngland in 2014 in its Visitor Attractions Quality Scheme. Proving the little institution has kept up standards, it’s now been awarded a second time round.

Katie Henderson, the museum’s officer (pictured main image with curator Duncan Broady) said: “Being recognised by VisitEngland further highlights the amazing work of our volunteers and staff and I hope it will encourage more visitors to discover what hidden gems they have in their own area.”

It’s not the only Greater Manchester attraction that has drawn VisitEngland’s attention of late. The shortlist for its annual Awards for Excellence, ‘the most prestigious awards in English tourism,’ includes Gallery Oldham (Family Friendly Attraction of the Year) and The Lowry Hotel (GREAT China Welcome of the Year), with many more northern venues making the cut .

Competition this year was particularly fierce, with the 67 finalists selected from almost 600 applications - the highest number in its 28-year history - spread across 22 categories. The winners will be announced on 24 April.

Escape to Freight Island: Much more than just a bar
● / Features/Opinion

New COVID guidance for Greater Manchester as Delta variant is 'spreading'
What you say
Got an account? Login, to comment/rant.
2 Opinions

Kell Degnen 27 March 2017
Great trip out for the kids in the holidays, the fact you can lock them in the cells amused me greatly.

Karl Broberg 6 April 2017
Little known because its closed at all times except tuesdays in the middle of the day. If you're going to only open for one day, why not make it a saturday?

Kell Degnen 10 April 2017
It's run completely by volunteers. That might have something to do with it.
Read Next
● / Stay 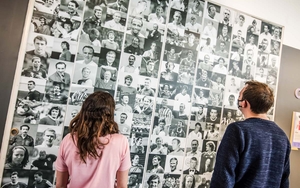