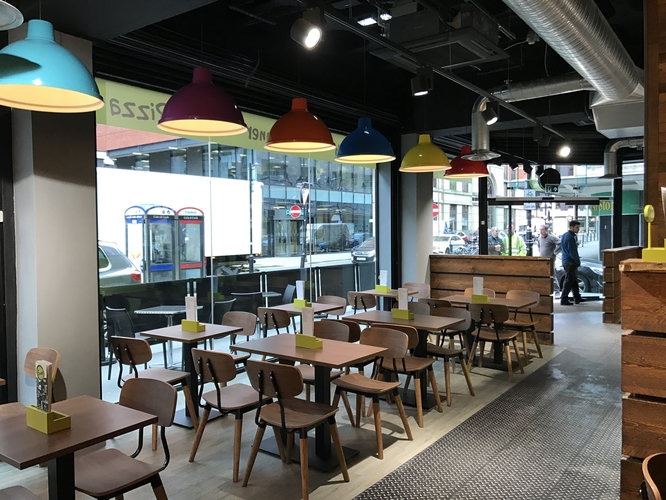 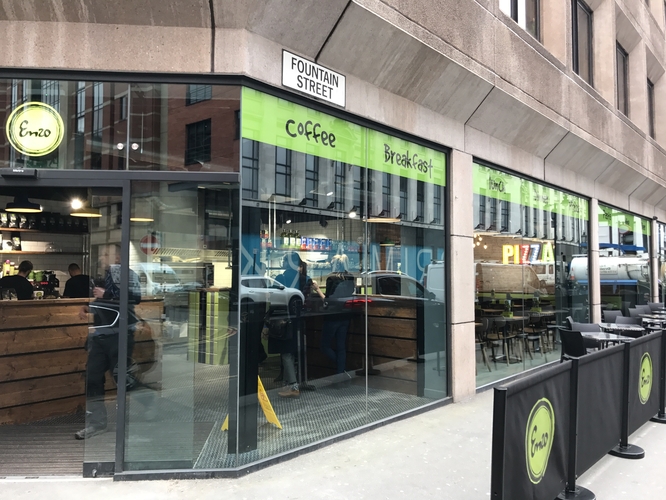 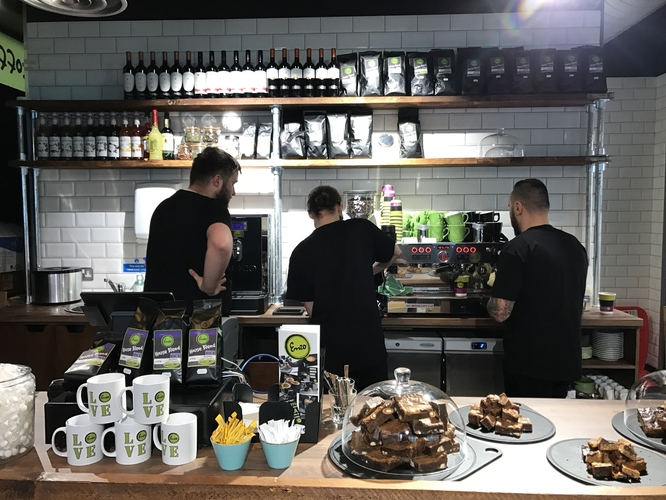 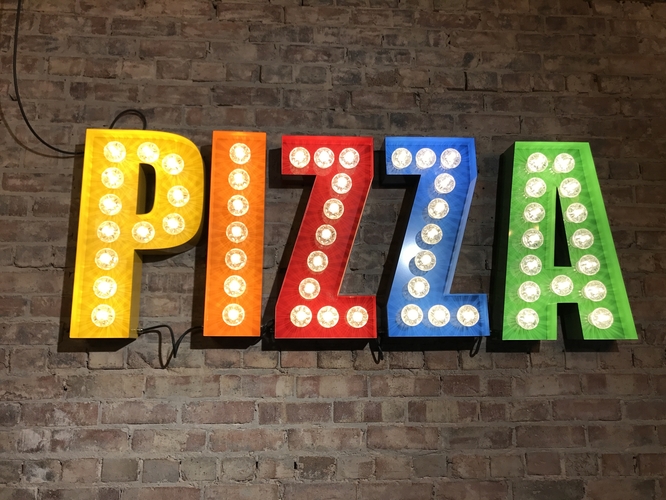 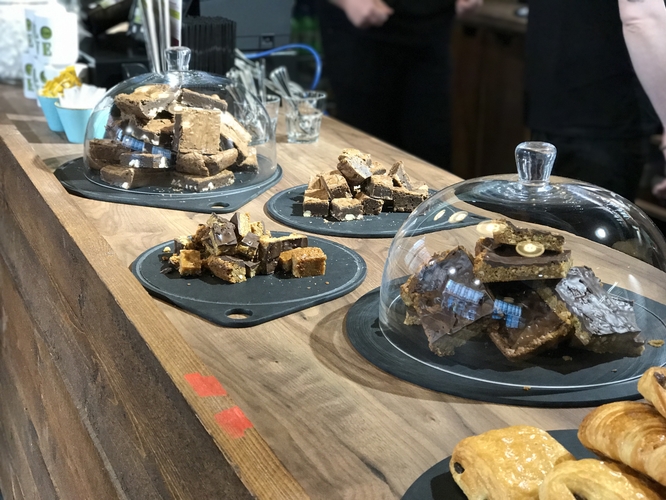 After over two years in the planning, the Nantwich-based pizzeria is to finally open in Manchester

Italian pizza, freshly made pasta, carefully crafted coffee and homemade cakes will all be on the menu of this new, independent cafe bar.

Owned by James Skade and Carrie Slater, Enzo will be open from early in the morning for freshly brewed coffee, pastries, cakes, breakfast – including four different breakfast pizzas.

Finally, Enzo will lead the way making it acceptable for everyone to eat pizza at breakfast time – not just hungover students. To be fair, dough, tomatoes, cheese, salami, mushrooms and eggs are acceptable early morning fayre, so it’s not too much of a leap to put them together into pizza form.

As you’d expect from a team who made it to the finals of the Best UK Pizza category in last year’s Italian Awards, dough is made from scratch on the premises and left to prove slowly waiting to be smothered with special secret recipe tomato sauce. Signature pizzas include the Enzo Royale with Bolognese sauce, pepperoni, red onion and chillies, and the renowned Thunderstruck – a calzone folded around meatballs, chorizo and tomato sauce. A Lasagne pizza with Bolognese and béchamel sauce is also on offer for those who can’t decide whether they’re in the mood for pizza or pasta.

Pizzas and homemade pasta dishes come in two different sizes and the menu also offers ciabatta sandwiches and salads - all available to eat in or take away. As all the food is made on the premises, Enzo are also able to offer gluten free and vegan options – including substituting 100% mozzarella for vegan cheese. 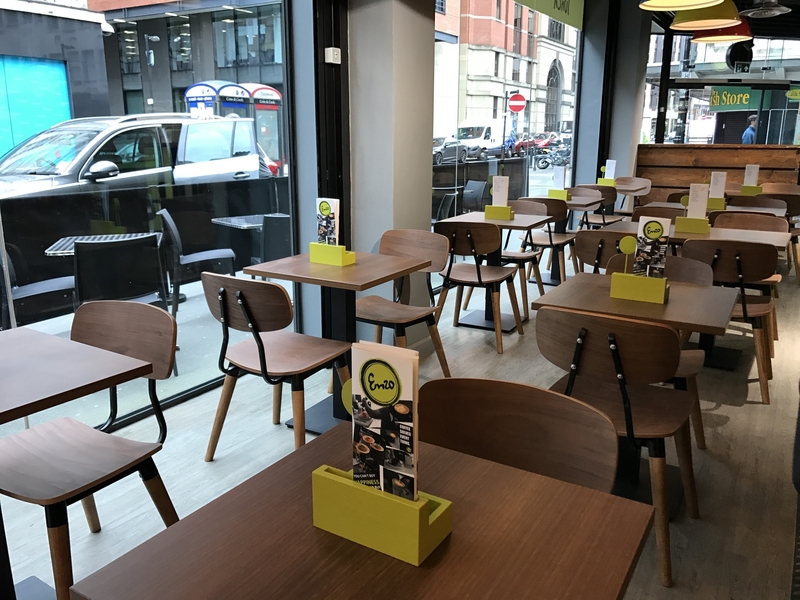 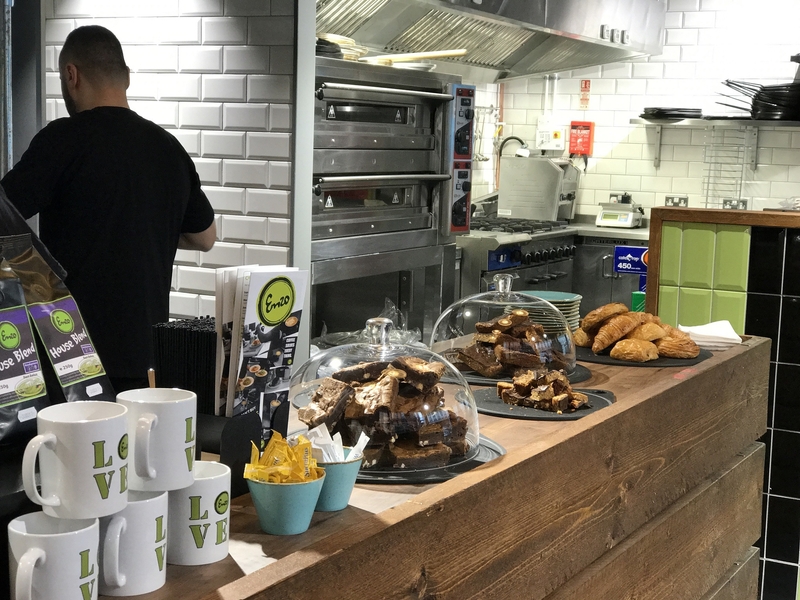 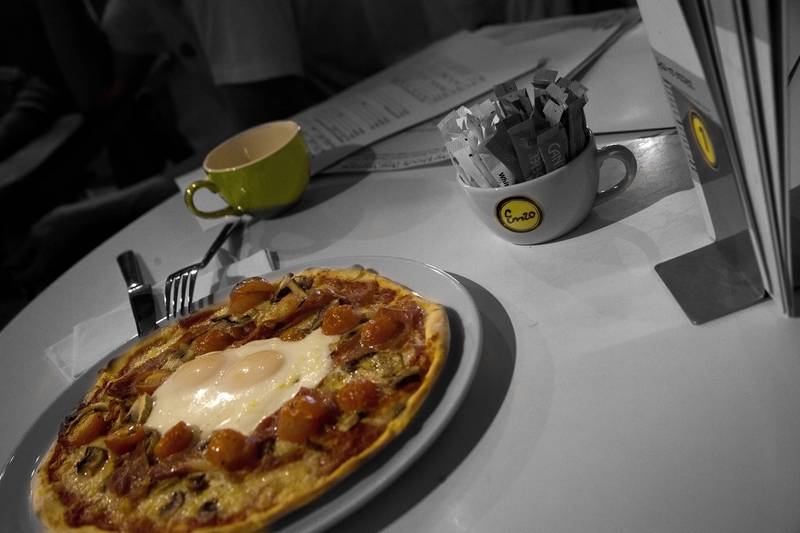 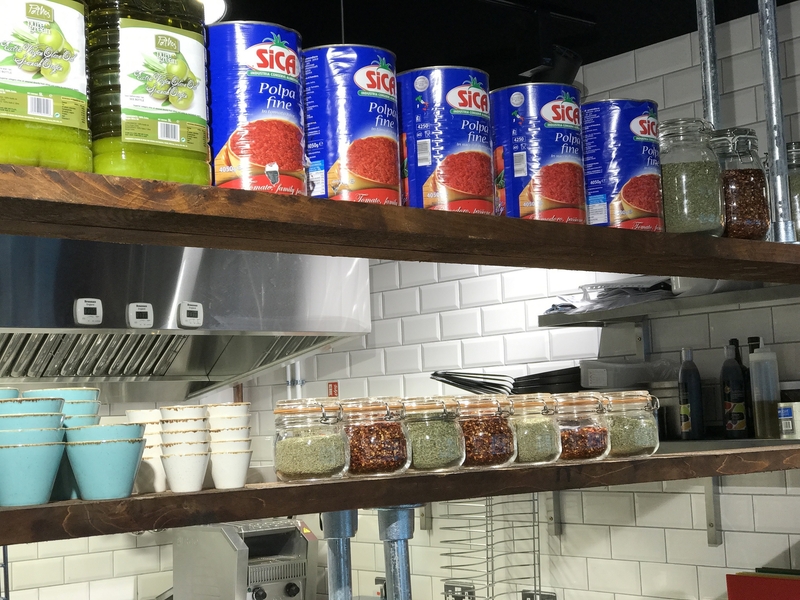 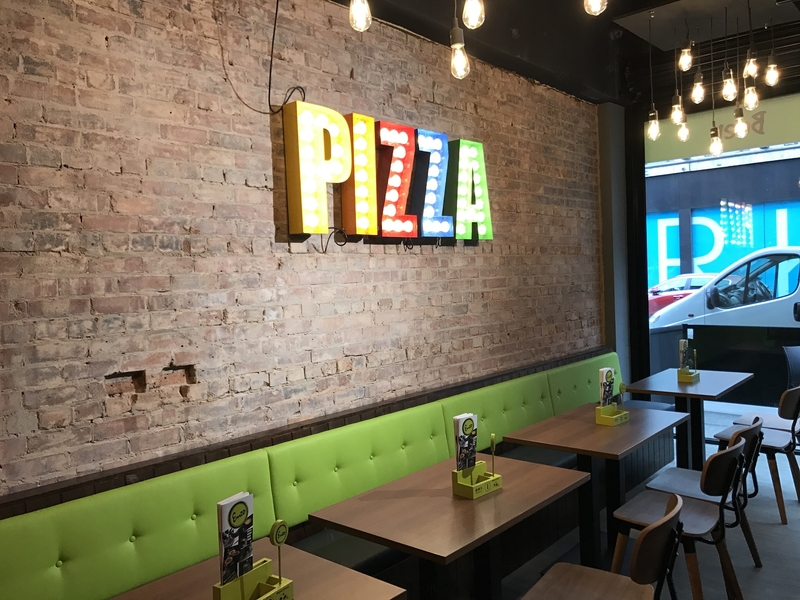 James and his team have always been intent on getting the basics right, so have spent years perfecting their own Enzo house coffee blend which will be available for customers to purchase in ground or bean form in 250g or 1kg bags. “We’ve always wanted to offer a solid, all day dining experience,” he told us, “and for that, great coffee is the foundation, not just an afterthought.”

James and Carrie have always wanted to open a branch in Manchester but it’s taken them a while to settle on the right premises. The second site, a double fronted unit at Bruntwood’s Lowry House, which used to be Razor’s Edge hair salon, has been given a contemporary overhaul. Reclaimed wood panels line the walls and floor offset by Enzo’s lime green and black branding to create a relaxed and warm 70-cover space around an open kitchen.

In good weather, customers can take advantage of a partitioned outdoor seating area on the wide pavement in front of the restaurant. The cafe is licensed and will offer a small range of reasonably priced wines by the glass or bottle, as well as Prosecco and Italian craft beers from Elav brewery in Comun Nuovo, near Milan.

Enzo’s new all day premium cafe and pizzeria, at 20 Fountain Street, will open at 7.30am on Monday 10th April.