I am just about old enough to remember when American burger brand Carl’s Jr launched its so-called "slutburger" advertising campaign. This involved bikinied women (most notably Paris Hilton and Kim Kardashian) writhing around, placing their lips close enough to a dripping, meaty burger in a way that suggested they might actually eat such a thing. It was the junk food version of a Girls Gone Wild video - an exercise in sesame-seeded misogyny. Grills with low self-esteem.

The catch is that after a while, the company realised they didn’t need the scantily clad females at all. A throbbing patty encased in a couple of plump buns is enticement enough if you photograph it right. The burger became the "slut". 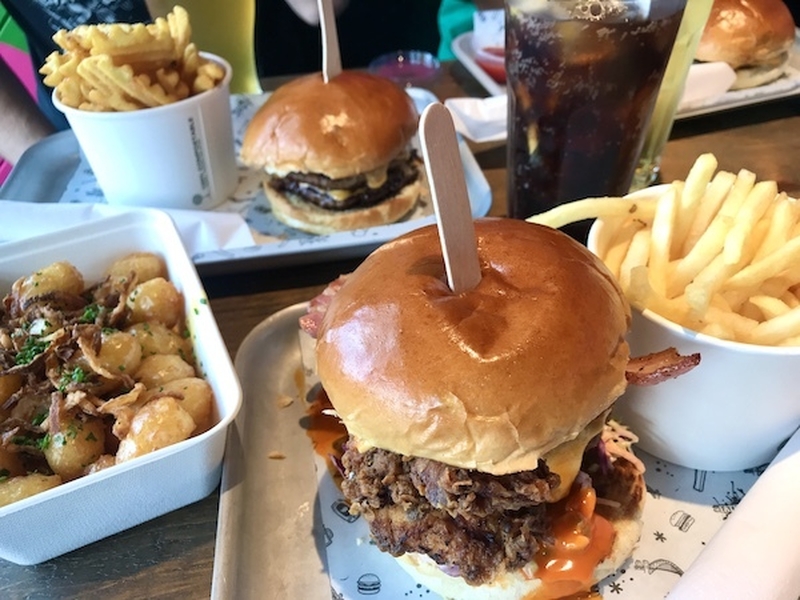 The cause of this reflection was my visit to Fat Hippo in the Great Northern. The “independent” burger chain (when do chains stop qualifying as independent?) started in Newcastle with several standalones across the country. They are also responsible for the concessions at Lane 7 bowling allies, which is what we have here in Manchester and where I decided to take my family for a summer holiday lunch.

From the off, it hit several of the expected notes. Streetart-inspired interior. Barman who was slightly terrified of the concept of customers. Drinks that arrived quite a while after our food and server who seemed furious with us for allowing this situation to occur.

When I asked for the kids’ menu (as directed to by the main menu) the barmen slipped off for several minutes and returned to say there was no kids’ menu but that my 8-year-old would have to order a Plain Jane burger (£6) with or without cheese. It turns out that you can then order either one or two extra toppings but we weren’t given that option at the time. Confused? I certainly was.

My own burger choice was the Great White Buffalo (£11.90), two pieces of buttermilk chicken with American cheese, bacon, buffalo sauce and a slaw based mainly on red cabbage. I had it with plain fries.

Let’s take the visuals first. It is certainly ticking some boxes. Look at that bacon tongue lasciviously sticking out, attempting to lick the fries. Oooh, you saucy thing - quite literally as the cheese is melty-drippy and the buffalo sauce is pooling below the bun. Not sure if using a disposable bamboo knife as a burger skewer is really part of the branding but let’s roll with it. So far, so good though perhaps not quite matching up to the Insta version - but then what in life ever does?

Texture-wise the Great White Buffalo is also a hit. Tender chicken (do I detect a hint of papaya?) crisply crumbed, buns with just enough yield, a chunky, rugged slaw to provide some contrast. Great.

But wait - how did it actually taste? This often-overlooked element of the pornburger seemed to initially work well thanks to the spiky-hot buffalo sauce. However, once I’d eaten the piece of chicken soaked in sauce and moved onto the sauceless second piece it turned out the main flavour was from the slaw, and that flavour was a thin hint of bitterness. The fries tasted of nothing at all.

Fat Hippo’s hero item is probably the PB&J burger (£11.90), two beef patties with American cheese, peanut butter, bacon jam and chilli jello. Unlike the Great White Buffalo, this genuinely tastes of something. Quite a lot actually. The peanut butter combines with the beef and bacon jam to create a burger of exceptionally lush umami flavour, the only tweak might have been to up the chilli jello to cut through the richness.

Unfortunately, the downside of having peanut butter in a burger is that there is peanut butter in the burger. I had expected the PB would be modified in some way so it melded into the burger but, as far as I can tell, someone in the back is just slapping on the Sun Pat. It sticks to the roof of your mouth in the way only peanut butter can, a great claggy clod of paste. In taste versus texture, it is the precise reverse of the GWB.

The side was dirty waffle fries, which meant paying an extra £2 for bacon bits and sauce (fries or waffle fries come as standard). There was one bacon bit and no sauce. The trash browns (£4.90) – deep-fried tater tots with liquid cheese and Cajun onions – were little carby nuggets of comfort, but again, tasted of barely anything. With COVID anxiety still hanging heavy in the air, I started to worry that the fault was with my tastebuds.

There weren’t any desserts so we ordered a chocolate milkshake (£5) which tasted of melted ice cream topped with ready-whipped cream. Just how an 8-year-old boy would make it.

Just to bring things full circle I recently read that the original Carl's girl Paris Hilton had created her own limited-edition burger for UBER Eats. It featured pink sauce, star-shaped pickles and truffle oil-infused beef. Amazingly, the bun was not covered in edible glitter, but surely that’s to do with cost-production factors rather than Paris’s aesthetic choices. I’m not claiming it’s the feminist burger we all need. To be honest it looked horrible. But maybe that’s a start. Andrea Dworkin eat your heart out. 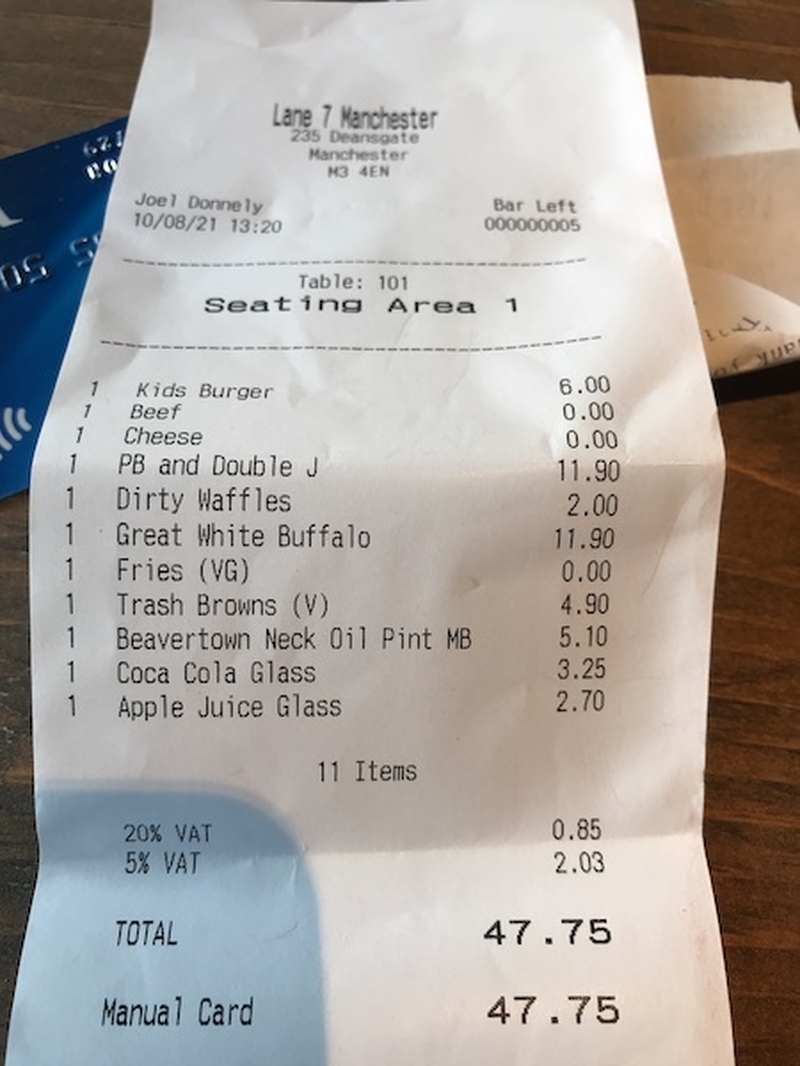