This mayoral election, transport is a key theme. We all want it to be better. Now the city is coming back to life we want the daily commute to easier, faster, greener. We want to go out to enjoy green spaces and meet friends we haven't seen for ages. The feeling of constriction over the last year has weighed heavily on everyone.

But for some of us, being constrained is not just a result of the pandemic. The fact is that our transport system does not welcome everyone equally. When Andy Burnham pledged to make Greater Manchester's rail stations accessible for disabled people by 2025 as part of his campaign, some people may have been shocked to learn that not all stations are accessible as a matter of course. Writer and campaigner Melissa Parker was emphatically not surprised at all. She shared her experiences with us, assessing Mr Burnham's promises and what more needs to be done.

The path to true equality does not have step-free access

Andy Burnham wants every railway station in Greater Manchester to be made fully accessible by 2025 if given a second term as mayor. He noted at a recent press conference that, “It’s frankly disgraceful that many disabled people cannot use a significant number of our train stations. We need to get more direct in saying that and in making sure that there is a timetable for the change we need to see.”

It is estimated that 14.1 million disabled people are living in the UK. Each of those 14.1 million people has a life; many have careers. It is simple to think of that number as one distinct group, a separate group from you; however, we live alongside you, with the same concerns about being late for work or whether we will find a space on the train. The same realisations that Zoom has made life more straightforward. We are not packed on trains a little too intimately, verbally or non-verbally, reprimanding the train system for once again disrupting our lives.

There is a sign opposite Piccadilly Station that says “Everything is Connected”. Perhaps we are all connected in our frustration with the rail system.

However, disabled passengers face additional barriers. Currently, 40% of Greater Manchester’s stations - 38 out of 93 - have "step-free access". This number is much lower than South Yorkshire (93%), the North West region in its entirety (63%) and the national average (61%). This means that 60% do not comply with the Disability Discrimination Act (DDA).

The reality is that those numbers have genuine implications for disabled passengers who have to plan their journeys meticulously and may still face barriers. Burnham is right to suggest that this should be a source of “public outrage”. However, these are merely words, potentially superficial words and platitudes, and I believe that the public, including those 14.1 million disabled people, have rather wearied of platitudes.

A survey commissioned in 2020 by the health and welfare charity Leonard Cheshire suggested that the lack of accessibility leaves many disabled people unable to participate fully in society. The impact of inaccessible transport is far-reaching — extending to every aspect of disabled people’s lives. Twenty-two percent of disabled people said that inaccessible transport made them feel isolated, 21% said it harmed their mental health, 18% said they were unable to keep active, and 15% said they could not socialise with family or friends.

Imagine if those statistics applied to your life – the least you would expect ought to be public outrage, you would not wish to have to wait for mayoral re-election for the promise of - the potential for - change.

Nor should you have to wait for real action to be taken as occurred with the Manchester Victoria Station incident. Before a refurbishment project at Manchester Victoria started, Network Rail failed to complete a Disability Impact Assessment and consult with disabled passengers or groups to determine whether arrangements to replace the lifts were appropriate. As a result, the assistance available was inadequate.

Alastair Pringle, Executive Director at the Equality and Human Rights Commission, stated, “Transport operators have clear responsibilities in law to ensure travel is just as possible for disabled people as for everyone else.” The incident at Victoria Station highlights the need for more access planning and the need for improved communication and consultation with those directly impacted by the changes and, when they are well-planned, improvements.

Next time you are at a train station, and you see steps or - as frequently occurs - a broken lift, think about how you would feel. How would you solve the problem? It is too straightforward to quote statistics. It allows for a sense of emotional detachment - it enables the non-disabled to feel that they do not need to be invested in it as it has no direct impact on their existence.

However, we are humans with disabilities, with all of the normal human emotions. You can empathise with isolation and the feeling of being unable to keep active - the potential negative ramifications on the mental health of those who experience those sentiments daily, the weariness. Consider the distress and embarrassment that must have been felt when Network Rail closed all three lifts at Manchester Victoria station, and disabled passengers had to drag themselves upstairs to gain access.

It should not take great promises to ensure that it does not happen again. We need all those involved in running the railway system to listen to their passengers, including those with disabilities. To treat all those who use their services not as “special” but as paying customers with rights, including the right not to have to drag one’s body up a flight of stairs in the cold of a Manchester train station. 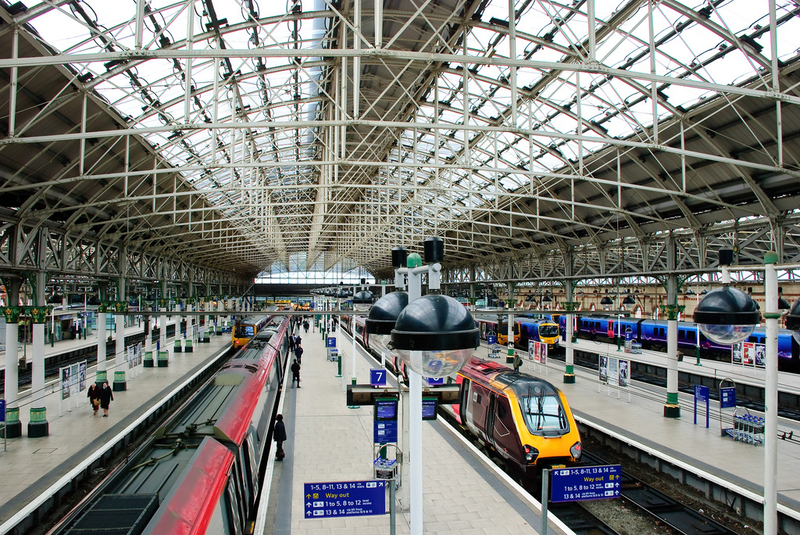 As Burnham suggests, we do have the Equality Act, but it seems to have achieved very little. We are the people with “protected characteristics”, and we are the people left unprotected. The Equality Act came into force in 2010, and the problems are not new. The promise of equality has worn us down.

I ask you to think of this scenario. Imagine playing a game that requires you to think about every move, every consequence, every mistake. Imagine there was no break; the penalties are real too. A few years ago, I needed to use a bathroom on a train. I could not use it as it was too small for my wheelchair. Now, when I use public transport, I limit my liquid intake. Drinking rather than dehydrating was my “mistake,” and I had to face the consequences. When you think about equality or the statistics, think about this scenario, it’s the consequence of others choices, but it’s our penalty.

The current state of buses in Greater Manchester is not good enough for users with accessibility needs.

This has been worsened by our deregulated bus network which means we have little control over our buses.

Although they do not go far enough, there have been improvements. Imagine having to plan a journey around the stations that have been upgraded. Through the Department of Transport’s (DfT) Access for All programme, there have been step-free routes at 200 stations added since 2006. The scheme has also helped to ensure that there will be step-free access at stations such as Walkden.

However, it took a five-year fight over access to platforms with three flights of stairs to achieve this, that such a fight had to take place in 2020 would surprise many non-disabled people, but the disabled have been made cynical through direct experience.

It has been announced that the combined authority has agreed to set aside £3.3m to progress future Access for All projects. However, Burnham notes the DfT funding is slow to materialise, stating: “If we carry on at that pace, it will be the 2070s before the entire rail network, including Greater Manchester, is accessible to our citizens.” He believes that Network Rail is treating the stations as “liabilities.” He continued, “If we had control of them, we could unlock funding for greater commercial use, community use or indeed greater regeneration around new homes linked to public transport.”

Burnham states that he wants to be a “clear voice for disabled people in Greater Manchester.” However, disabled people have heard this for generations. We need to see action. We need our voices to be heard. The system and those who work within it would benefit from our lived experience. We understand the daily difficulties and challenges. We understand the obstacles of having to navigate a world that was not built for us. We grasp the discomfort of having to drag ourselves up a flight of stairs. We each have our own experiences to share and our clear voices.

As passengers and as people with disabilities, we are used to promises. We are used to timetables. We are used to people thinking that we have achieved equality just because we have the Equality Act and DDA in some insubstantial manner. However, as the statistics, and personal experience, demonstrate the path to true equality does not often have step-free access.

Read now: Candidates for the next Mayor of Greater Manchester have been announced