'At heart this is a classic kosher-style deli' - Cantor’s Food Store, Chorlton, reviewed

Lucy Tomlinson is pretty happy with the food. Ordering it, on the other hand....

Humans like to follow a script when it comes to ordering in restaurants. This is why chains are so popular – anywhere in the world, the process of getting some food in your belly is reassuringly familiar to the point of automaticity.

Even in independents it’s nice when the toughest challenge to your synapses involves trying to decide between equally delicious-sounding dishes on the menu. If customers have to think too hard about what they are meant to do when, they get lost. Especially if those customers are just a teensy bit hungover.

I was reminded of this when I visited Cantor’s Food Store in Chorlton. It has made its home in what used to be Sher Akbar, opposite the Barbakan bakery (locals must lament the loss of Tuesday night Curryoke).

The interior is refreshingly idiosyncratic. Instead of playing it safe with stripped-back minimal chic, there are plenty of bonkers touches to keep the eye amused. Chairs are suspended from the ceiling, while the bar is a giant glass case of pinned butterflies (which may not go down so well with Chorlton’s vegan community.) Gnarled barstools and more fake flowers than a Lytham B&B, mean Cantor’s is equally likely to appeal to 60s groovers, forest spirits and nans alike.

My personal favourite was a diorama of the Swedish Chef from The Muppets tucked in among items for sale (Bork!). I visited in the daytime but at night the atmosphere is more bar-like, often with live music.

I’ve heard Cantor’s food described as “Ottolenghi-style” and their website proclaims it to be “chef-driven”, which sounds worryingly non-specific. Happily it turns out this is vague-speak for doing whatever the owner fancies, which is salads, sandwiches, pizza and cakes.

Salad-making is an often underappreciated skill, but balancing textures and flavours is a talent, not just assemblage. My own salads turn muddy, mushy and all sorts of other unpleasant words beginning with M, so I appreciated the verdant cornucopia on offer here.

A side plate of three salads was £3.95 and while it wasn’t a full meal (you can get a big plate for a bit more) it was a great way to sample Cantor’s wares. My favourite was the ribbons of carrot dressed in warming cumin and chilli and sprinkled with sesame, while the wild rice and Jerusalem artichoke salad was nutty and sweet, the lentils and goat’s cheese more robust and filling.

Fancy, colourful salads you can’t quite recreate at home? That’s Ottolenghi-ish I suppose, but the tag doesn’t do Cantor’s justice. It may be eclectic but at heart it is a classic kosher-style delicatessen.

Take the reuben sandwich (£8), made here with lashings of salt beef and just enough kraut to keep things piquant. For authenticity’s sake it was made the marble rye, a type of bread which *90s reference klaxon* was the star of a Seinfeld episode. I should add you can get a similar combo with the salt beef plate (£11) which features crisp latkes and homemade pickles instead of rye – both are worth sampling.

Or try the keflatori sandwich (£8) – a slab of hard Greek cheese fried and served on a bagel with lashing of coleslaw. Serve it up with an ice-cold Coke in glass bottle and Elon Musk couldn’t invent a better hangover cure, no matter how many billions of research dollars he sank into the project.

The smallest member of our crew was happy with sustainably sourced (we were in Chorlton after all) fish fingers and chips (£5) that disappeared at a steady pace.

For afters, we shared an apricot frangipane tart (£3.95) and a big wodge of bread and butter pudding (£4.95) which took its flavour inspiration from a classic New York-baked cheesecake. A wibbly-wobbly brioche soaked in creamy vanilla custard and glazed with citrus, its only fault is that it could have spent 30 seconds longer in the bain-marie.

So I was pretty happy with the food. Ordering it, on the other hand, reminded me of one of those dreams where trying to complete a mundane and seemingly simple task becomes a nightmare of stressful repetition.

First I went to order the drinks, torn between ordering at the bar (where the soft drinks are) and at the till (where the coffee machine is). The till seemed busy so I headed to the bar, ordered drinks and carried them over to the table myself. But then I still needed to order food, so off to the salad bar, where after loitering around for a bit, I moved back over to the till, managed to finally get someone’s attention, ordered, moved back to the salad bar to point out what I wanted, realised that the rest of my table had finished their drinks and so it was back over to the bar to rinse and repeat.

Don’t even ask me about trying to pay – an even longer and more complex process that I won’t bore you with here.

I’m optimistic that this is something that can be fixed, and much more easily than if there was a problem with the food or atmosphere. Jazzy eclecticism may be wonderful when it comes to salads and swing seats, but when it comes service, soothingly predictable is best. 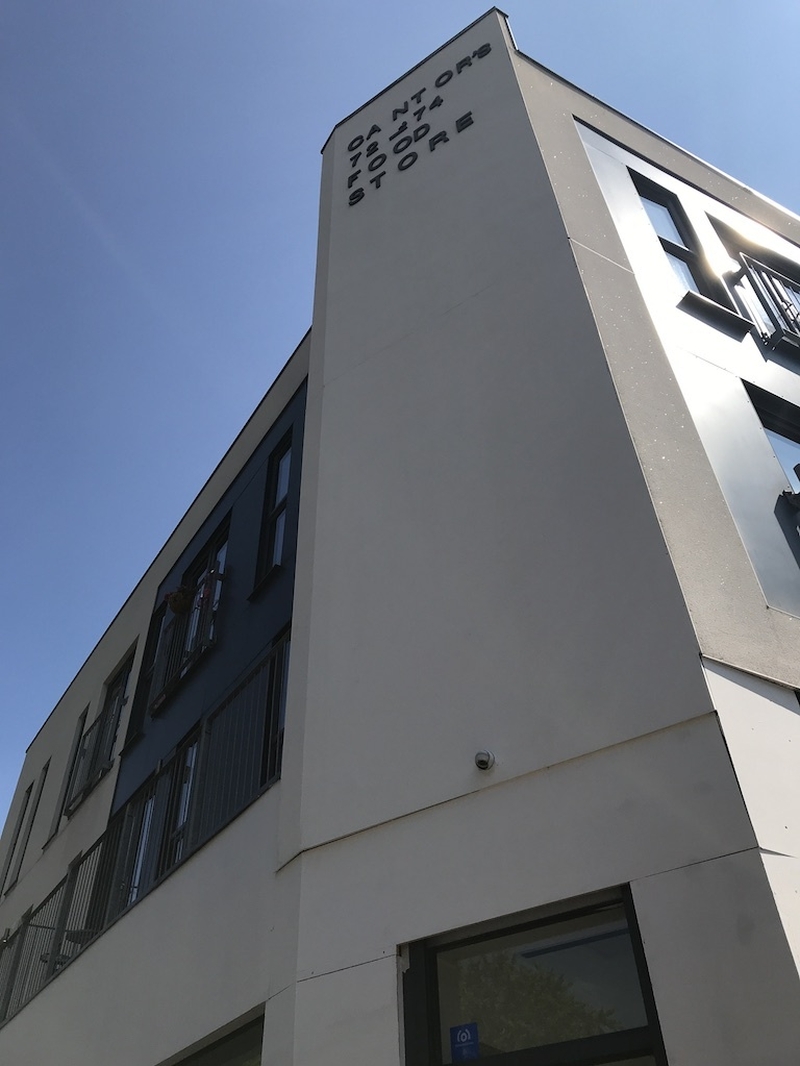