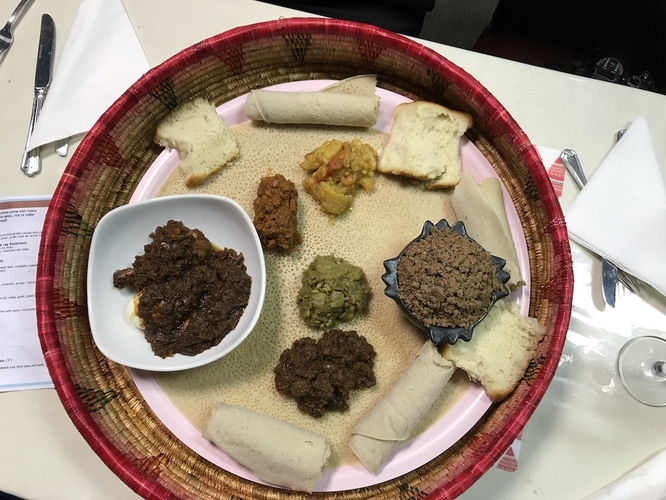 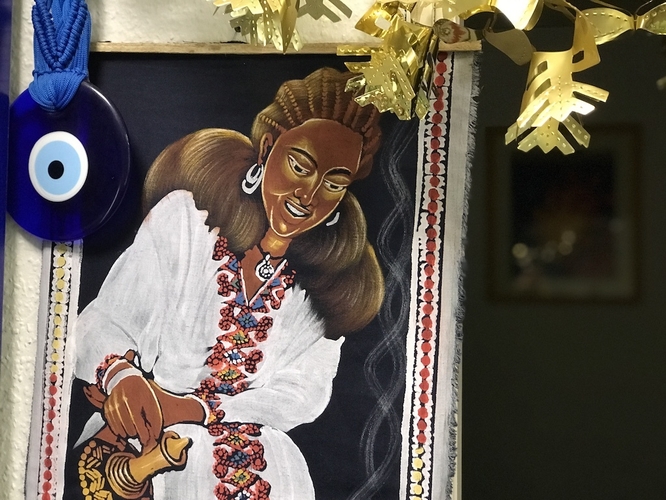 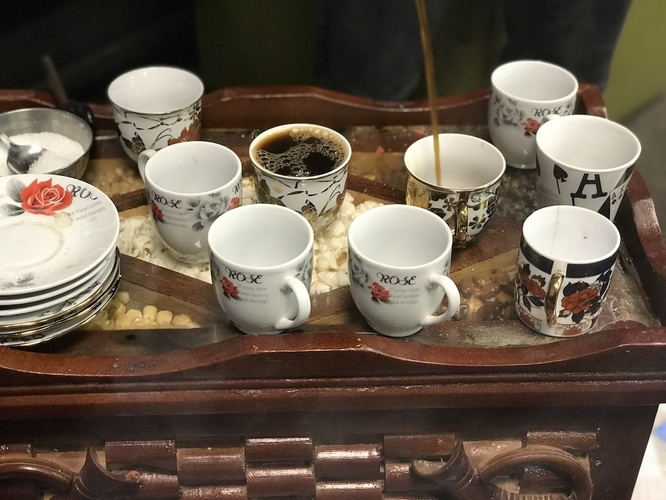 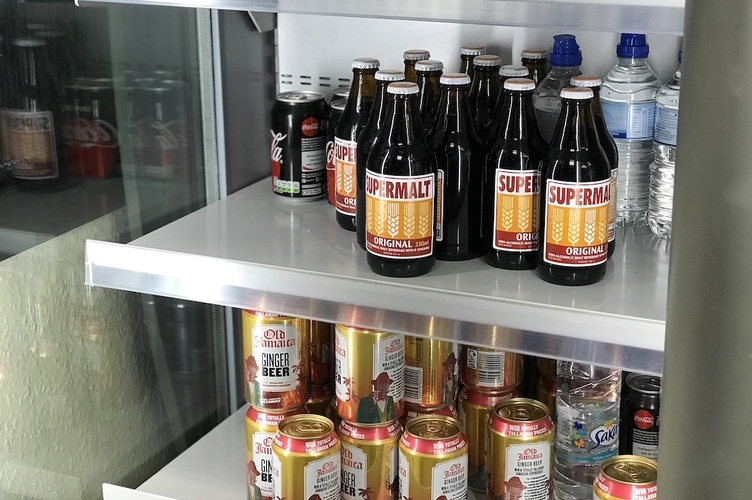 The food and drink businesses of Stretford are true independents, making it work despite a not-terribly-clement environment. There is a burgeoning scene here which ought to be nurtured as tenderly as the first green shoots of spring.

A case in point is Blue Nile, the Ethiopian restaurant on Talbot Road that has been on my list of places to visit for a while, though I’d heard (incorrectly) that it was due to close so let it slip out of my mind. I really wish I hadn't.

The atmosphere at Blue Nile is best described as dreamlike, and by that I don’t mean soft-focus and pastel colours. I mean that sense that things don’t quite fit together, but one that quickly passes as you try to remember what you were thinking about in the first place. There are still Christmas decorations up for a start, and it did take me a good few minutes to locate a menu. And these prices surely must be a fantasy – can it really be this cheap?

For starters we had veggie spring rolls (£1.50, suitable for vegans) and cheese and spinach parcels (£1.50). The spring rolls were better than I expected, with a crisp flaky shell and fresh veggies inside, livened up with a spicy dipping sauce.

But it was the parcels that really got to me, oozing comforting bland cheesy richness with every bite. I can well imagine ordering a couple of baskets of these as a hangover cure, accompanied by a cold can of ginger beer pressed to my feverish brow. Speaking of, Blue Nile is BYOB which is always great for customers but not so much for anyone hoping to make a profit.

Many Ethiopian main dishes are stews (wat/we̠t’/wot) which are served on a large savoury pancake-like flatbread known as injera and shared between the table. Though cutlery is available the preferred method is to use strips of injera to pinch up the stew and soak up any juices.

At Blue Nile you pick a stew or two and then receive smaller portions of other stews (usually vegetable) as sides, all served together so there is plenty to keep your taste buds firing. As such, it’s the perfect cuisine for fostering closeness (something to keep in mind if you are not a natural sharer).

We ordered doro wat (£6.50), a rich, dark chicken stew based around berbere; a mix of familiar flavours such as chilli, ginger and garlic with traditional Ethiopian spices such as ajwain and korarima - from what I can glean from the menu. What it didn’t mention was as well as chicken you are also treated to a whole hard-boiled egg, which was pleasingly philosophical as well as delicious.

Our other choice was the kitfo (£7.50), a finely minced beef with hints of coriander seed and cardamom. On its own it might have been too samey, but scooped alongside with the vegetable dishes of lentils, carrots and green beans it was an absolute smash.

Pudding didn’t seem to be on offer (except for grab bags of Werther's Originals displayed prominently), so instead we went for the traditional way of ending an Ethiopian meal – the coffee ceremony (£6 per two people).

This involved the owner, Tiggy, roasting the beans while the whole restaurant filled with the aroma of coffee. It was then ground, brewed and served strong and sweet in small cups along with a huge basket of freshly popped popcorn to nibble on, while Tiggy lit some incense and settled down for a chat. 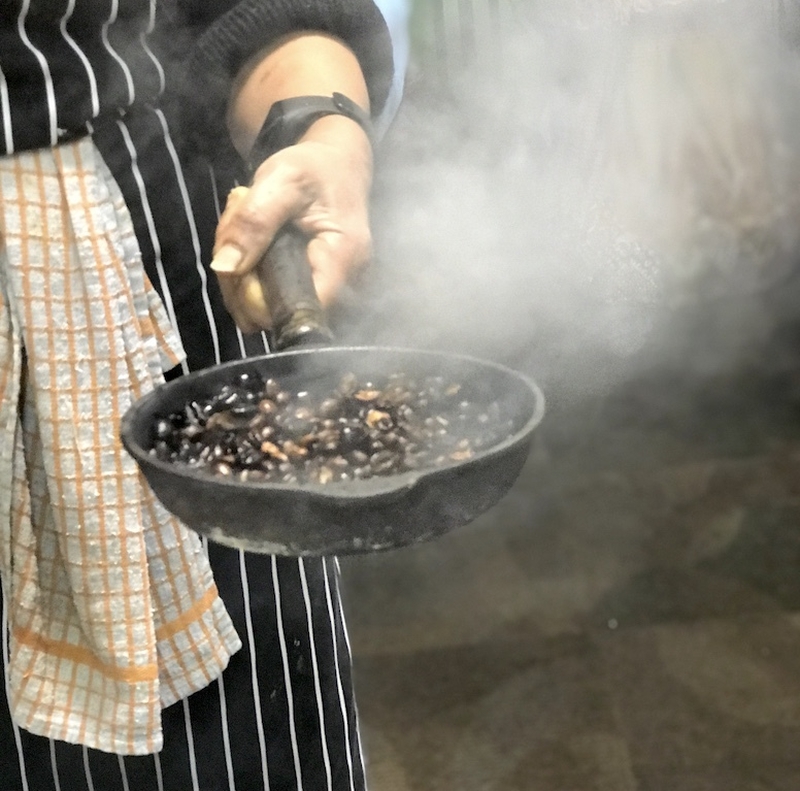 When the bill came it turned out we’d had an enormous meal for two, one that we couldn’t finish, all for slightly over £20. For the first time in my life I might have to chastise a restaurant for being too cheap. We dropped in a couple of quid extra for the corkage they'd surely forgotten to charge as well a tip, of course, but even so I felt like I’d practically saved money.

The big news for Stretford, of course, is the new UA92 development, which in theory should be great for food and drink businesses – students like to eat out if they can. Blue Nile is in prime position to benefit from that, being close by, tasty and supremely good value, all things students love. Though naturally I’ll be complaining about all those 'bloody students' eating up all the popcorn. Let’s hope the influx causes a new season of fertility. 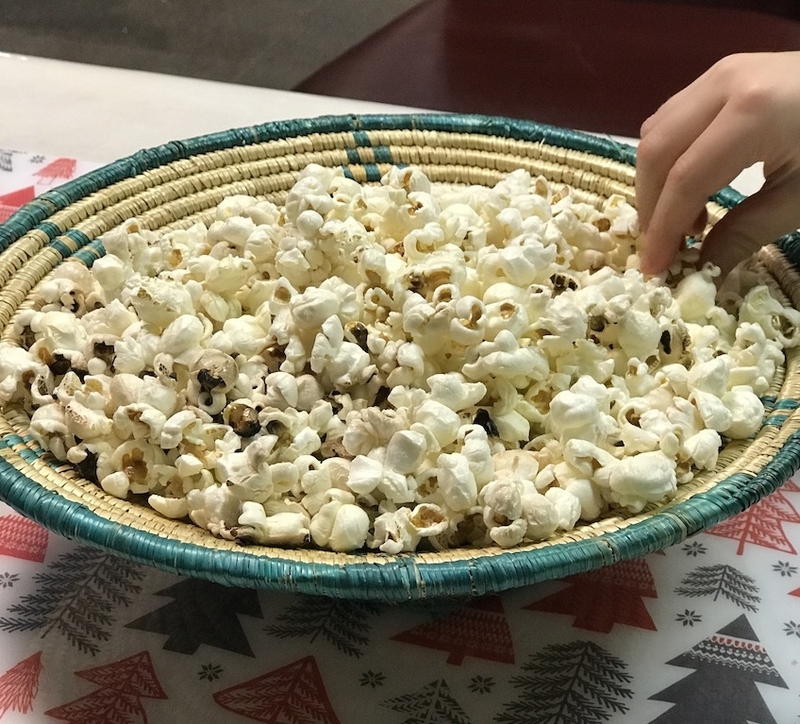 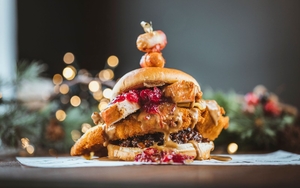