What an awful week it’s been for Manchester’s restaurants, pubs, bars and hotels and those of us who love and miss visiting Manchester’s restaurants, pubs, bars and hotels. As we know, the biggest news this week is that the Manchester region is to be placed in tier 3 after lockdown ends on December 2nd, meaning that restaurants cannot reopen. Hopefully, there’ll be better news when it’s reviewed again on December 16th, but until then, there are still exciting things happening.

Restaurants are still allowed to operate click & collect or delivery services and many have launched clever DIY cook at home kits, or have enhanced their business model, so there are still plenty of ways for you to support your favourite venues.

Here’s a round up of the latest food and drink happenings in and around Manchester. 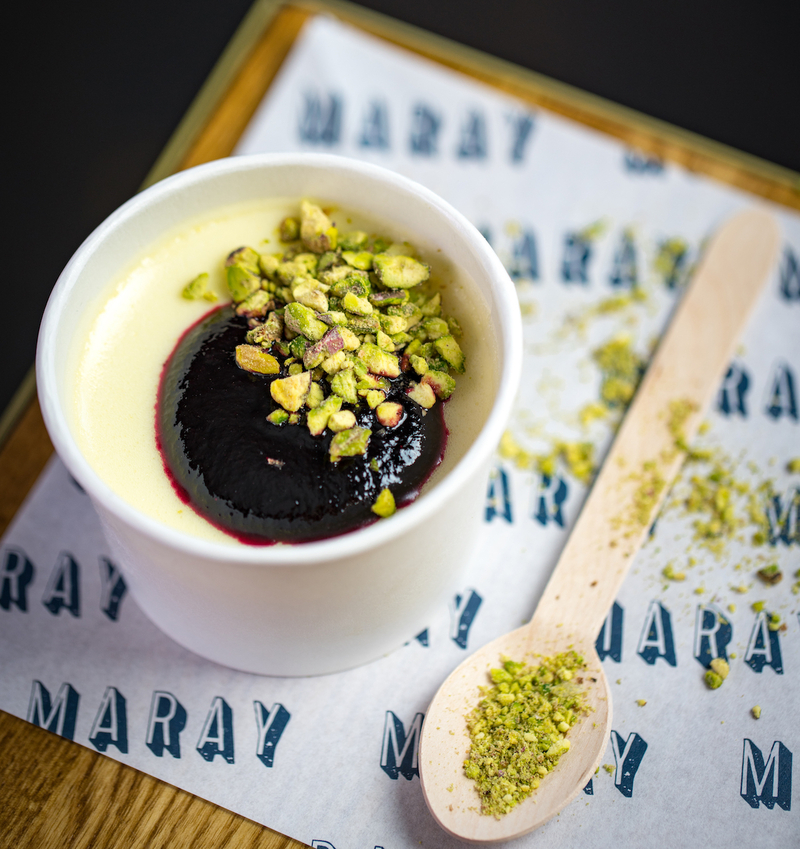 This week, Liverpool favourites Maray launched a new delivery box containing a few of their favourite Middle Eastern inspired dishes and drinks. So now Maray at Home boxes can be delivered direct to your door wherever in the UK that door might be.

Each kit features a selection of mezze, a DIY falafel kit (made to the famous 2014 recipe), lamb kofta OR aubergine shawarma and dessert. A selection of wines and ready-to-mix cocktails can be bolted on to your order, including house fave the ‘Prickly Pear’ (a tequila and pear base complete with bay leaf garnish to *carefully* light at home) and unique wines chosen by Bar Manager Mark Jackson.

Maray at Home arrives at your door in recycled cardboard and padded with biodegradable and compostable wool, so you can feel good as well as feed, er, good. Order your Maray at Home box here 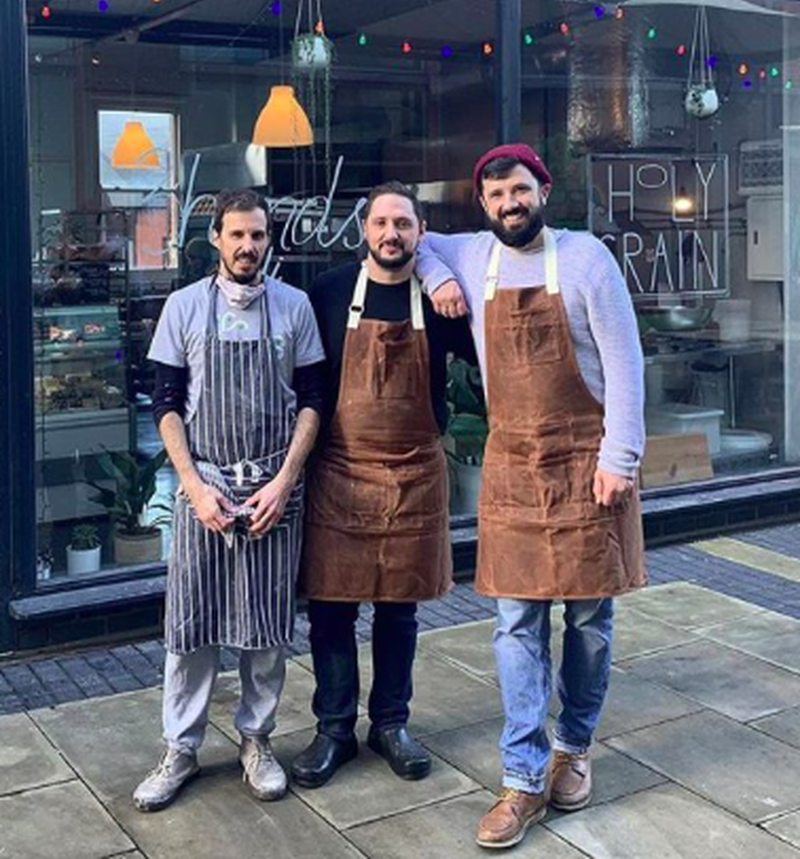 Three of Manchester's food experts have come together to launch 3 Hands, a brand-new pop-up deli at Holy Grain in the Great Northern.

Holy Grain will provide its outstanding breads, The Crafty Cheese Man will supply delicious craft cheeses and Julian Pizer (Edinburgh Castle and Cottonopolis former executive chef) will be making his own baked goods, pickles, and ferments. All three will be combined to make super sandwiches that customers can match with local craft beers and natural wines.

3 Hands will be open and offering takeaway from Wednesday through to Saturday from 10am - 4:30pm at Holy Grain on Deansgate Mews.

After being furloughed earlier this year, childhood friends and beer enthusiasts Phil Atkinson and Sam Sidebotham launched ‘Hip Flask’ a new online shop that delivers the very best craft beers from around the globe directly to your doorstep.

This week, they launched a ‘Best of Manchester’ craft beer box (£35) featuring twelve beers from independent Manchester craft breweries. “Like many in the North, we want to stand firm with small businesses and employees,” says co-founder Phil. “Most craft brewers are heavily reliant on the pubs buying their barrels and after speaking to them, it was clear that they were extremely worried about their survival.”

Each box contains information on each of the beers as well a map with details about each brewery.  Inside is a diverse range of lagers, pale ales and IPAs from the likes of Alphabet, Beatnikz Republic, Brightside, First Chop, Seven Bro7hers and Shindigger making an ideal gift for any beer lover or someone with a special place in their heart for Manchester.

💯 It's going to be a challenging time for businesses and individuals...🙌The StreetCars team will be operating as normal and doing what we can to help our Manchester community at this difficult time! 👍 pic.twitter.com/maNvoBnNfA
— Street Cars (@streetcarsmcr) November 3, 2020

Manchester cab company Street Cars have been hit hard in 2020, but the enterprising lot have now set up Delivery point, an innovative delivery platform which allows the fleet of StreetCars drivers to rapidly deliver hot meals and other items at the touch of a button.

After the news that Manchester was to be placed into tier 3 after lockdown ends of December 2nd, restaurants can only operate as a takeaway.  Delivery Point is a transparent application which is directly connected to Street Cars dispatch system, meaning that restaurants will have the ability to allocate one of 700+ cars to courier the order to the customer. No one knows Manchester roads better than the Street Cars drivers who navigate through the city 24 hours a day, 365 days a year. And Street Car drivers have no limits. If that Chicken Korma needs to be in Prestwich, it’ll be in Prestwich.

With a 0% commission structure restaurants will not be charged the percentages other delivery services charge, Street Cars new app will fix a rate for the journey which restaurants charge to their customers as a delivery fee. It’s as simple as that. 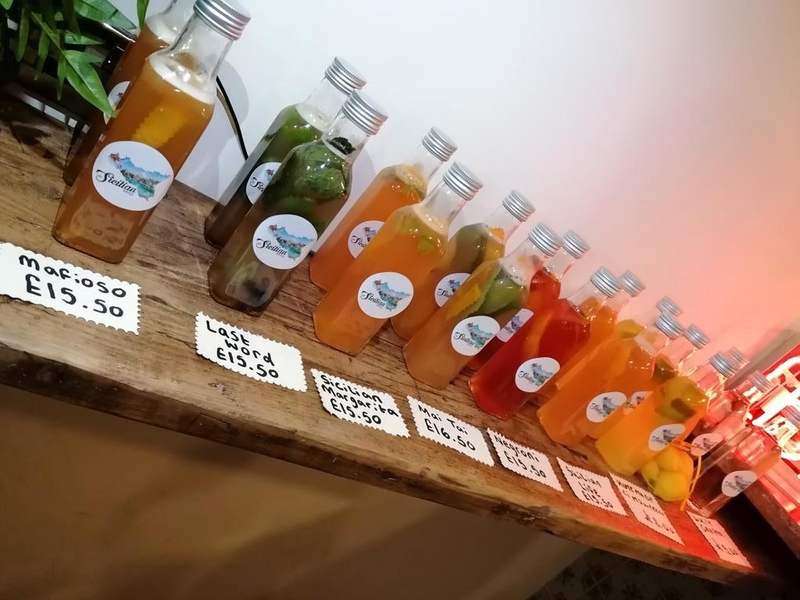 Friendly neighbourhood bistro Sicilian NQ are still open for take away and deliveries via Deliveroo, JustEat and Goodeats every day from 12pm to 9pm. They have now set up as a speciality grocery store selling lots of new homemade products like sauces (including vegan ragù), homemade pistachio pesto (with Sicilian pistachios), marinated olives, pasta and flour. Of course, there’s also a selection of signature cannoli, biscuits, Savoiardi biscuits (for making tiramisù) taralli, panettone, pandoro and more.

They have also been enhancing their fantastic drinks selection. Customers can now get hold of homemade limoncello (£8/250ml), grappa (£9/250ml), cocktails such as Mai Thai (£16.50 for 3 servings) or negroni (£15.50 for 3 servings)and original fine Sicilian wines. 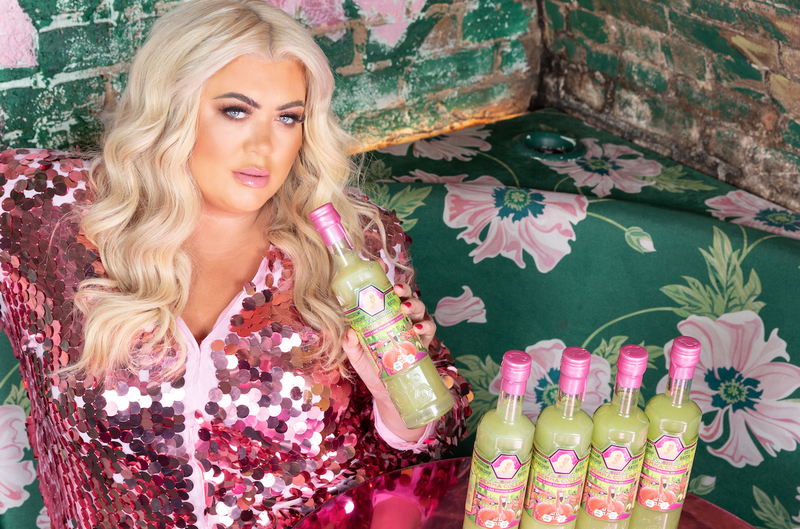 Gemma Collins, who you might recognise from reality television and gossip magazines, has partnered up with local distillery Zymurgorium to launch a new gin liqueur, the FlaGINgo Gemma Collins. A bold flavour for a bold   person, FlaGINgo Gemma Collins is a kiwi and lime premium gin liqueur that blends juniper with refreshing kiwi, feisty lime zest and a hint of forest fruits. The perfect gift for any diva, FlaGINgo Gemma Collins goes perfectly with tonic, lemonade or a bit of bubbly such as Prosecco or Champagne, creating a diva-worthy tipple, known as a ‘Kir Diva ™’

From this week, FlaGINgo Gemma Collins (£20) will be available in stores across the UK including B&M, Studio, Prezzybox, Amber Taverns and other outlets as well as direct from the Zymurgorium shop.

This week, Manchester Union Brewery launched After Dusk, a new black lager, and Pivot pale ale, both of which were created at the Piccadilly based brewery and are available for UK wide delivery.

Originally brewed as a special for the UK's biggest lager festival, We Are Lager, After Dusk is a class Bohemian lager - easily drinkable and massively refreshing. The complex malt bill delivers bready and dark fruit flavours with a classic saaz hop bitterness recognisable from the brewery's original lager.

Each can will show images of venues including the Albert Hall, Hidden, Band on the Wall, Matt & Phred's and Mint Lounge, with a QR code that can be scanned to take drinkers to the venue's website where they'll be able to access live streamed events, gig tickets and radio stations.

Pivot is a take on the classic Manchester Pale Ale but using central European malt & hops, the brewers add pilsner malt to the bill to help keep it crisp whilst blending aromatic, tangerine-like German hallertau mandarina hops with a citrusy British Chinook, to deliver a full flavoured ale.

Also read - Updated - Where can I still get... a roast dinner?

Fold, the bistro and bottle shop serving squid bolognese in Marple Bridge
What you say
Read Next
● / News & Comment