'Enough to make me cheerful, at least' - Another Heart to Feed, NQ, reviewed

Brunch. The millennial (and Gen-Z) sensation that has captured the hearts, minds and Instagram feeds of a generation. In recent years, brunch menus have popped up everywhere, countrywide.

Lately, I’ve been wondering why it’s become such a cultural phenomenon. After some research, I’ve realised the term isn’t new. Turns out the portmanteau was coined in the essay ‘Brunch: A plea’ written by writer Guy Berringer, for a publication called Hunter’s Weekly. In the essay, he makes it clear he’s very much in favour of Sunday brunch.

Now, we all know that brunch isn’t just reserved as a weekend occasion. It’s very much a weekday one too, if your schedule allows. But Berringer is for the whole ritual of brunch itself. Waking up a little late the morning after a raucous Saturday night out, meeting your friends and enjoying nourishing, good food. He went on to say “Brunch, on the contrary, is cheerful, sociable, and inciting. It is talk-compelling. It puts you in a good temper.” I couldn’t agree more.

Perhaps now more than ever, brunch has become more of a social necessity. Especially given the past year and half. Have we found a more accessible pathway to meaningful connection, in brunch? I’d say so. Was Berringer implying that brunch is the perfect remedy for a hangover? If so, it’s a sentiment I definitely agree with. It’s rather poignant how the whole purpose of brunch is still the same, more than a century after he wrote it.

It’s fair to say that Manchester has become a hotspot for cafes with Antipodean-inspired cuisine. First came Federal, now comes Another Heart to Feed, situated on the corner of Stephenson Square. After a successful debut in Didsbury, Another Heart to Feed launched in the Northern Quarter in July of 2020.

From the outside it looks a bit drab and dingy but once you enter, the interiors are the first thing that catch your eye. The walls are textured; thin pipes of what look like bamboo line the whole café. It’s also a natural wine bar and a neat row of wine bottles is behind the bar, making for a pretty centrepiece.

Your standard hot beverages were all present (with alternative milks available, obviously) I had a hot chocolate with hazelnut milk. This gets an honourable mention, as it’s not a common option amongst dairy alternatives, but one that’s much appreciated. Like most Melbourne-inspired brunch menus, there was a lot of french toast and other breakfast staples, like bagels or the millennial fave, avo on toast.

One thing I did notice though, was that a lot of the meals were egg-heavy. Six of the meals came with poached eggs. They should start paying the hens for all the work they have to do.

I eventually settled for french toast with wild mushrooms, crème fraiche, a poached egg, Gran Moravia (cheese) and truffle oil (£9). I couldn’t fault it. The stars of the show were the wild mushrooms. It had ocean depths of flavour with its meaty texture and just the right level of salt, thanks to the Gran Moravia. The crème fraiche cut through the saltiness, giving it a more tart quality. It came with a singular poached egg; which was decent, but I wouldn’t have missed it either. The truffle oil gave a gorgeous nutty flavour, adding an air of luxury to the mushrooms.

For something so bougie, I’d have expected the meal to be a bit more expensive. Makes me wonder if truffle oil is the new bargain bougie food.

My friend Lucy had the miso-glazed aubergine with roasted squash, beetroot hummus and goats curd (£6). Quite a fitting autumnal combo. She said that the goats curd was softer and fresher than your standard feta. The miso glaze worked quite nicely too, as it gave the aubergine a salty and savoury flavour.

Any good brunch runs to at least two courses, right? For dessert, I had French toast again. “Croissant” french toast with vanilla mascarpone, blackberry and lemon thyme compote and maple syrup (£8). It also came with a scattering of golden oat clusters. This made for a really nice touch as it added texturally to the meal.

For someone who doesn’t have a sweet tooth, this was just the right level of sweetness and wasn’t too rich. The tartness of the blackberry compote really complemented the sweet and creamy freshness of the vanilla mascarpone. I got a hint of the lemon which was refreshing but didn’t get the thyme - that didn’t bother me because I don’t think it needed it.

Reflecting on Berringer’s point, did Another Heart to Feed put me "in good temper?" Indeed, it did. For all the reasons you’d expect; the food was good and reasonably priced, the portions were pretty generous and I left feeling full and satisfied. That’s enough to make me cheerful, at least. 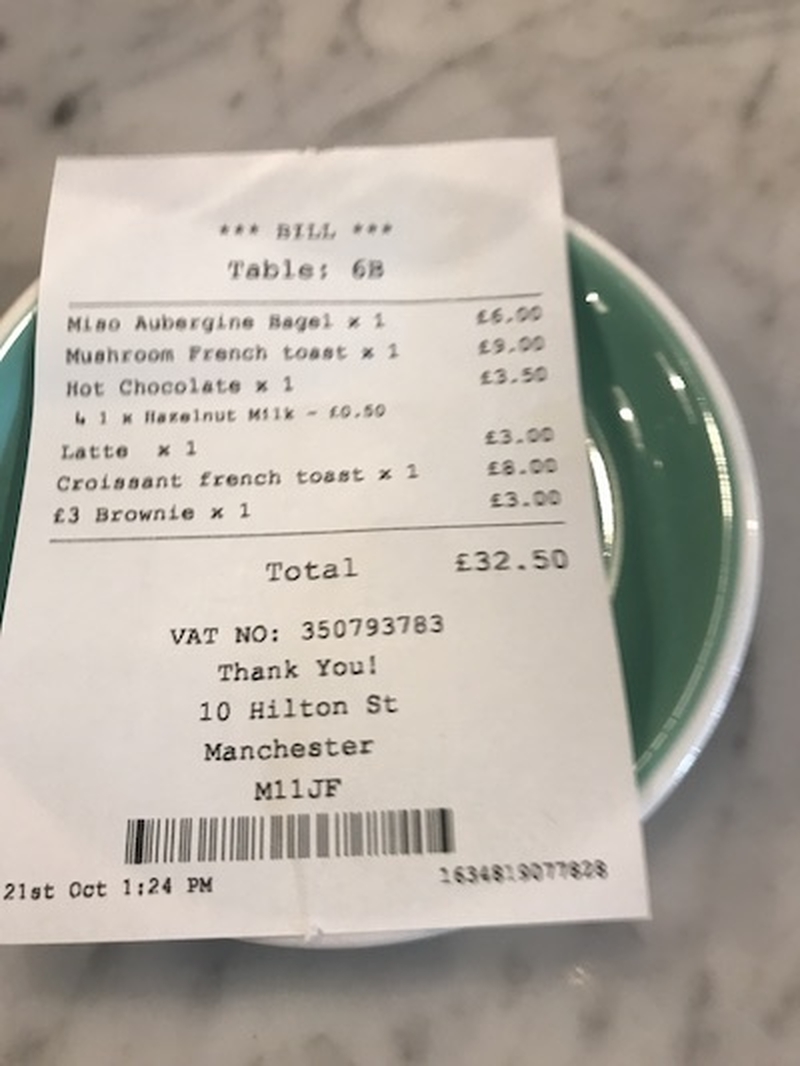 The best things to eat in Manchester this February

The best things to eat in Manchester this February
● / News