On Saturday 24th July, it was announced that up to 150 small music venues would share £2.25m emergency funding as part of the government’s £1.57bn rescue fund, after four months without gigs have left many struggling for survival. Worth 1/700th of the total relief package, this will prioritise grassroots venues at ‘severe risk of insolvency’ and can be spent on ongoing costs like rent and utilities. It will be distributed by Arts Council England, which does not usually fund regular live music venues, ‘within the next few weeks.’

However, while they ‘cautiously welcome’ the move, Manchester city’s cultural leaders say more still needs to be done and that the request they made the previous day (Friday 23rd) still stands. This asked culture secretary Oliver Dowden and chancellor of the exchequer Rishi Sunak for £16.4m over the next two years to directly support 50 of the city’s music venues and organisations.

The figure follows close liaison during lockdown between the council, cultural leaders and venues of all kinds to come up with a comprehensive cultural recovery plan for the city, taking in all aspects of culture including live music.

As a result of these discussions the council wrote to the government on 8th July; asking for a total of  £71.8m over the next two years to ‘restart, repair, and rethink’ cultural life in the city. The two-year funding request was split broadly in two and included an overall stabilisation package of £36m to stop venues and cultural organisations going bust and closing permanently, and a further stimulus package of £30.7m to re-ignite and boost the citywide cultural economy over the next two years.

It includes £8.4m to provide immediate direct stabilisation support to 50 music venues and organisations in the city, topped up by an additional £8m over two years to provide a dedicated music stimulus package for the broader music sector. Together this would provide a total of £16.4m for Manchester's music sector to give it both the support it needs to get back up and running, and to help it forward-plan confidently.

Councillor Luthfur Rahman - executive member for culture, leisure and skills at Manchester City Council - said: "It's really straightforward. It's no good simply throwing a lifeline to music venues and cultural organisations that just keeps them treading water for the next few months. This alone is not going to help them weather the storm of uncertainty that still exists - around audiences, artists, capacity, safety measures, as well as the potential for future waves of the virus.

"Of course, the support announced so far is welcome - but let's not kid ourselves that this problem is now solved. There's still a long way to go yet until we reach dry land, and more support is still very much needed."

COVID-19 has crippled music venues countrywide, and Manchester’s are no exception. On 16th July, operator Mission Mars revealed it would be closing two beloved Manchester music institutions, The Deaf Institute and Gorilla, due to the effects of lockdown. Both have fortunately since been purchased by Tokyo Industries, owner of venues including Impossible and Factory - who confirmed they'll be run 'in much the same way' once restrictions are lifted - but it could have easily been a different story.

On 18th July, meanwhile, Band on the Wall revealed it would be making 26 staff redundant and closing for its planned renovation earlier than originally intended, reopening in September 2021; the venue had partially reopened in a food and drink capacity but found that trading without live music was unsustainable.

Band on the Wall is one of 21 Manchester institutions represented by the Music Venue Trust (MVT) , which saved 140 from immediate closure in May via its #saveourvenues campaign. According to MVT, the music industry generates £5.2bn a year for the UK economy and a further £2.7bn in export revenues, but is facing a substantial loss of grassroots infrastructure, with 90% venues and festivals at risk of permanent closure. The Trust estimates that for every £10 ticket sale for a grassroots music venue, £17 is spent elsewhere in the local night-time economy.

As well as the British Council, MVT is one of several organisations who have been in consultation with Manchester cultural leaders during lockdown - as well as its partners in the global Music Cities Network, which Manchester was invited to become a member of last year.

Support for the music sector is vital for the city's venues; many of which have been keeping musicians and technicians, bar staff and others in jobs for decades, as well as helping gig-goers make memories that last a lifetime. And the economics can’t be disputed…

· Live music audiences in Greater Manchester were over 1.9m in 2017

· 703,000 attendees were music tourists; each spending £240pp on average in direct and indirect spend, contributing to a £169m total spend generated by music tourism in Greater Manchester

Needless to say, music is a vital part of our cultural ecosystem. Councillor Luthfur Rahman added: "This is not rocket science. Music is what helped make Manchester the city it is, and although the sums speak for themselves, its value goes way beyond the pound signs. It's jobs, it's livelihoods, it's whole neighbourhoods. It's also community, creativity and better mental health.

"Music is what grabs the soul, makes you soar, tears at your heart, rips it up, and puts it back together again. And all this is why live music matters. And why the money to support it and help it get back on its feet, and once up, to keep on standing - keep on moshing - must be found, must be enough, and must come now."

Top things to do in Manchester: August 2020
● / Features/Opinion

Can we carry on developing Manchester like we did before COVID?
What you say
Previous Article Next Article
Read Next
● / Live / Gig 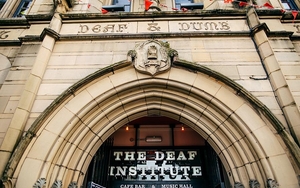 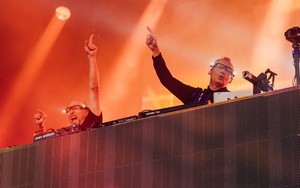 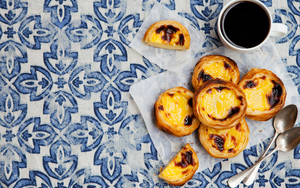 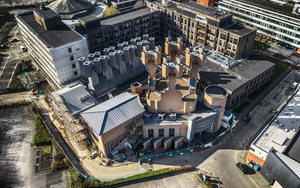