Manchester can be accused of being many things but never, ever boring. Our weird (and yes, often wonderful) city has so many creatives per square metre that the wheels of innovation are constantly turning.

On that note, we've got an eclectic bunch of new and imminent openings for you this month, from Viking tapas to an anime-themed maid cafe and a cook-your-own steakhouse... Food markets are officially 'a thing' these days, with refurbished market halls popping up all over the show. Their vaulted ceilings, exposed brick and eye watering prices have the hipsters flocking. But, while it’s far from glamorous in setting, the Arndale Market really does have a food game to rival the hippest. Many a pop-up that cut its teeth here has gone on to bigger things (Viet Shack being one notable example). Newest kid on the block is Wholesome Junkie, whose team are the 'Wizards of Oz' of vegan food - working absolute wonders to create cruelty free versions of all your guiltiest pleasures. Expect to queue, and be glad you did. 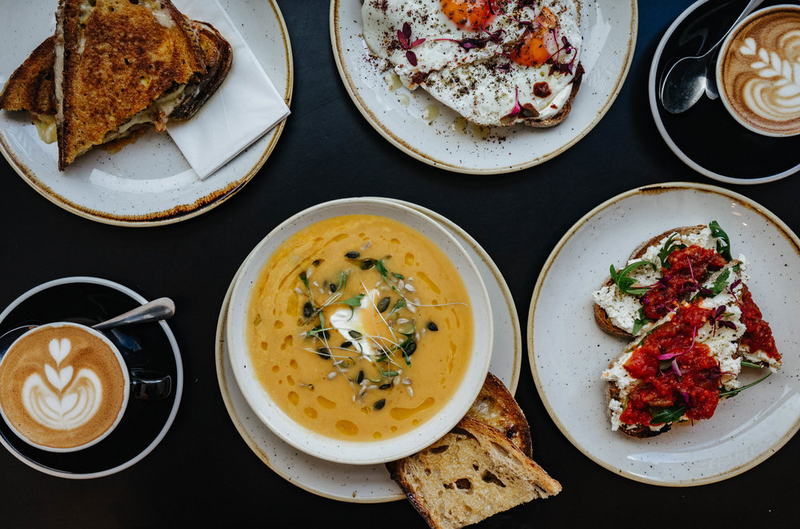 Following their success in London, Over Under coffee set their sites on the second city and have just opened their doors at 111 Deansgate, ingratiating themselves to the Northern crowd with free coffee in their first week. Serving small batch single origin coffee and a simple breakfast and lunch menu by day, the venue thereafter undergoes a nifty transformation; walls, tables and curtains all flip to create an intimate cocktail bar by night. We’re looking forward to trying their coffee and chocolate negroni. A not-for-profit social enterprise from Oliver Wilson, son of ‘Mr Manchester’ Tony, Peacemeal will open in Ancoats this summer. The venue plans to help tackle homelessness across Greater Manchester by offering jobs and structured support from established local charities like Mustard Tree and The Booth Centre.

Set across three floors, the venue will encompass a bakery and restaurant, studio and late-night music space. Expect a hearty ‘soul food’ menu, overseen by Luke Cowdrey (The Refuge, Volta…), which will include a ‘holy grail’ one pot featuring guest recipes from leading chefs around the North. With ambitious plans to incorporate various arts based community projects into the mix, it will be interesting to see how it develops. 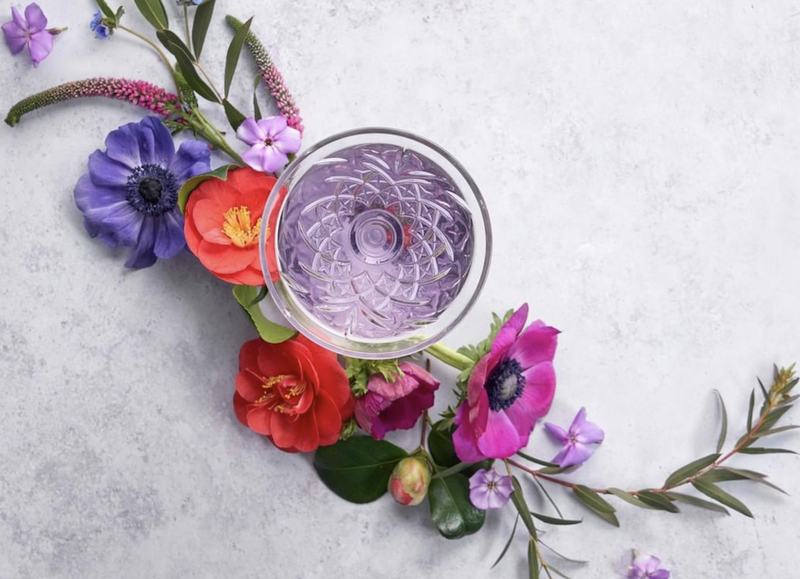 Opening this summer in The Printworks (replacing Tiger Tiger), Eden is a ‘brand new botanical-inspired all-day dining, drinking and entertainment concept’. There'll be a floral-themed cocktail menu and an open kitchen serving up ‘a globally inspired menu’, with sourdough pizzas and other dishes based around the wood-fired grill. The ambitious project also houses an outdoor terrace and four different club zones, including a state of the art karaoke bar. In need of something to fill the desolate void in your soul now that Game of Thrones has finally ended? This viking-themed tapas bar might be just the ticket. Where else in the North can you drink mead from a horn? With axes, ram skulls and animal skins hung above huge wooden tables, it couldn’t be more of a contrast to the previous occupants’ vegan restaurant The Allotment. The owners are clearly passionate about their concept and, with an incongruous offering of ‘authentic British and Spanish tapas’, we’re certainly intrigued... 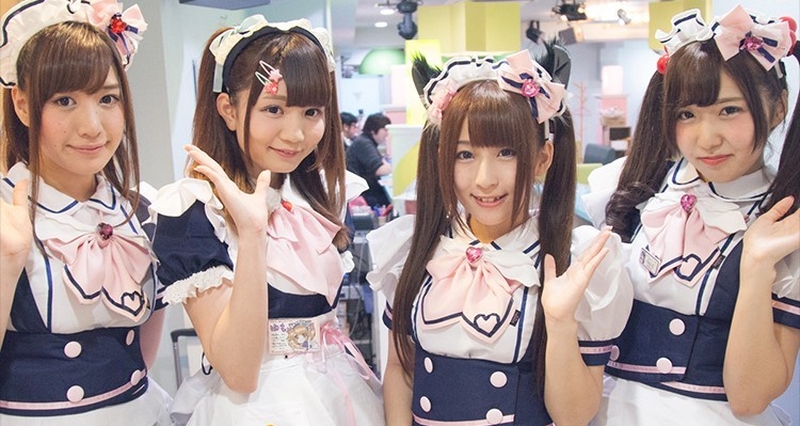 Meanwhile, over in Afflecks, the UK’s 'first anime-themed bubble tea café' is about to open. Animaid Cafe will house owner Rio’s huge collection of anime products and memorabilia. If Pokemon pot noodles and bubble tea served by staff dressed as anime characters is something your life has been missing up until now, your prayers may have been answered. Fans of the, er, specialist, maid cafes in Tokyo might want to have a peep. For those in the know, unassuming coffee shop Moose has been the place to go for a massive American/Canadian style brunch since it opened its doors on Fountain Street in Manchester in 2013. We can take or leave its very beige interior, which belies the superb standard and range of lazy brunch delights on offer.

The food is Very Good Indeed. Which is why we're very excited about their plans for a new branch in Piccadilly. Expect massive towers of savoury pancakes with bacon and eggs, gargantuan mixed grills with eggs served on a griddle, or hefty wodges of brioche french toast piled with all the best of the bad stuff. There are vegan options aplenty and even some healthy stuff too. 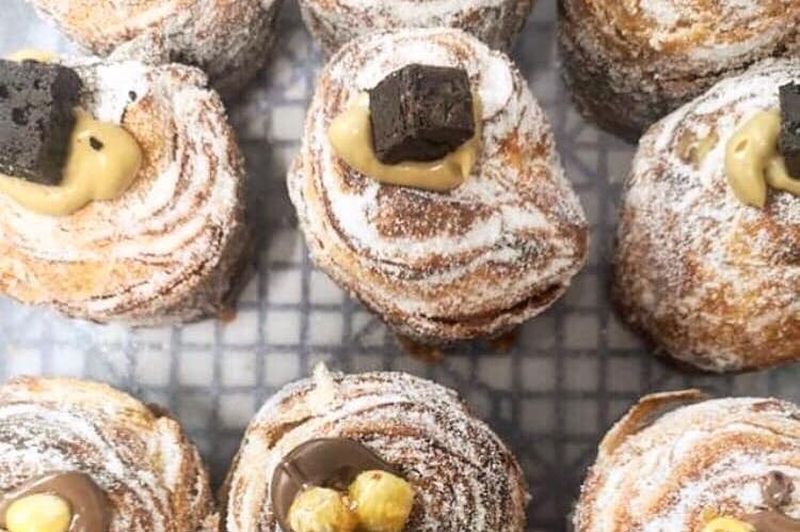 Following its recent vinyl store-meets-cafe debut in Withington, Wilderness is soon set to expand into Manchester; taking over the former Odd Bar on Thomas street with a new bar and kitchen. Expect a drinks menu that includes Wilderness' own gin and tonics, some decent scran and loads of music based events and workshops - delivered by the hospitality honchos behind successes like Crazy Pedro's, Junkyard Golf Club and Cottonopolis. Never quite happy with how your steak is served? Or just like a bit of novelty? Either way, you're in luck. Originating in Blackpool and set to erupt here in June, Stone Grill serves up your meat on a volcanic stone - so you can cook it just as you like. Not only that, the menu includes the likes of kangaroo and zebra for those who fancy cow a little, er, mainstream. There are seafood options too, such as fresh tuna ready for searing and scoffing with a nice cold glass of something. 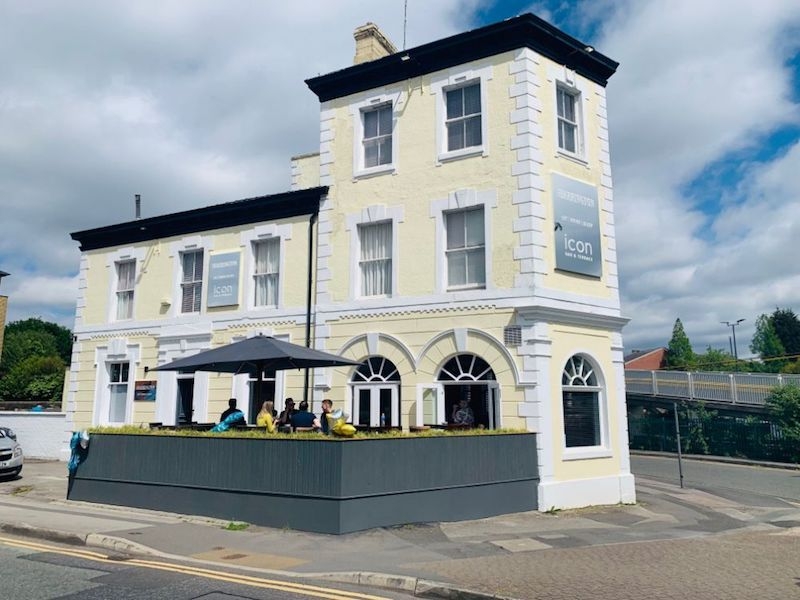 Altrincham quite possibly has the most happening foodie scene in Greater Manchester at the moment, with a wealth of independent businesses doing a roaring trade. Newcomer Icon enters the melee with its renovation of a tatty old pub into a sleek, upmarket bar and restaurant. The interior is all new leather booths and shiny wooden floors while the menu offers classic grills, salads and sandwiches - as well as a more 'on-trend' selection of European small plates. Plans are also afoot to develop the upstairs into a boutique hotel.