There are new plans for the old Odd bar site in Northern Quarter, following the closure of Folk & Soul vegan restaurant earlier this month.

Wilderness Trading Ltd - which recently opened a record store and bar in Withington - have taken on the space on Thomas Street with the aim 'to create a completely new and exciting two floor bar and restaurant'.

Speaking about the opening, Morris said: "We have been working hard on this new concept for some time and believe we have now found the perfect site for us. We plan on opening mid-June and have recruited what we consider to be some of the best young F&B talent in the UK to help us create what we hope will be a great addition to Manchester’s hospitality scene. We will be releasing news and official opening dates closer to the summer."

The news follows the departure of Folk & Soul, which lasted less than a year on Thomas Street. Opened by Matt & Phred's founder Matt Nickson and Adam Regan of Stage & Radio, the closure followed an unamicable parting of ways between the two.

Who's still delivering food and booze in Greater Manchester?
● / Bars 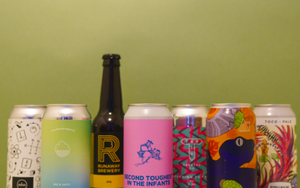