If Madrid can do it... why don't Manchester businesses scrub their streets?

WE’VE written about this subject dozens of times. It’s about attention to detail, it’s about civic duty, civic pride, our image as a city and also, ultimately, about profit.

At Confidential we think every retail, food and drink business, office and other commercial entity with a ground floor presence should want to show their company has self-respect, not just by being spic-and-span on the inside, but extending that outside too.

We think commercial premises should make the effort to clean the area in front, back and sides of their premises, to the kerb line at a minimum: especially if this involves swilling away sick, or scrubbing off a coffee/something else grim stain.

Cleaning the area in front of your business is common practice in southern Europe. A walk around Madrid, say, in the morning will reveal staff washing down the pavement to ensure their business and their city presents a clean face for their customers and for passersby. Often this is a legal obligation.

On Sunday morning Rozafa restaurant on Princess Street was doing just that. It was wonderful to see. They were setting an example for other businesses in Manchester to follow, and we’d like to know who else is performing their civic duty in this manner.

British cities need their businesses to fulfil that obligation more urgently than continental ones. On Saturday and Sunday mornings pavements are a mess. The over-indulgence of the British at play on a weekend leaves evidence all across the city centre by 8am in the morning and it isn’t pretty - read about it here.

Of course Manchester City Council should do more, but for one reason or another, ranging from austerity to simple inefficiency, the cleaning services they provide through Biffa are simply not up to the job. Perhaps the contract was wrong - but that’s for another article.

Either way, the problem is clear and present on our streets. It’s time for businesses to quit complaining about the amount they pay to local government or in rents to a landlord and display pride and sort it themselves.

As already stated, it should be self-interest anyway, presenting a good impression to customers etc. This might also build a case for some sort of rates or rent discount, maybe a one-off to ensure the right equipment is bought in order to do a good job is done.

So we would like readers and the businesses themselves to tell us which companies are putting the effort in. We will then reward them with something, maybe a trophy, or a sticker for the window, and celebrate them on Twitter and such.

Equally, we want you to call out the culprits who aren’t looking after their frontages, especially chains, who will be named and shamed. 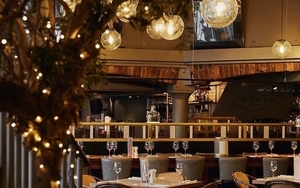 New variant and the government create panic and confusion again

As Richard Leese steps down and another councillor is suspended, what is going on in...