From San Carlo to Cloudwater Brewery... the Manchester brands making it in London

MANCHESTER city centre has recently seen a huge rise in the number of London-based hospitality outfits muscling in on its territory.

Hawksmoor was one of the early settlers, bedding in very nicely and arguably raising the bar in restaurant service. Randall & Aubin chose Manchester as the second outpost of its seafood restaurant, nineteen years after opening the Soho flagship. D&D have recently opened 20 Stories, Manchester’s highest restaurant, both in terms of views and the price they charge to bring a G&T over to your table...

A watered down version of London’s The Ivy is on the way, in its own purposed built Spinningfields pavilion. Dishoom will soon be bringing its infamous bacon naan to Manchester Hall, while The Zetter, Drake & Morgan, Iberica, Benugo and Leon have all crunched the numbers and decided that Manchester is a decent place to pitch up.

But does it work the other way round? We thought we’d take a look at some of the Manchester-made hospitality brands who have made a success of a move into the capital. It's nice to know we can give something back. 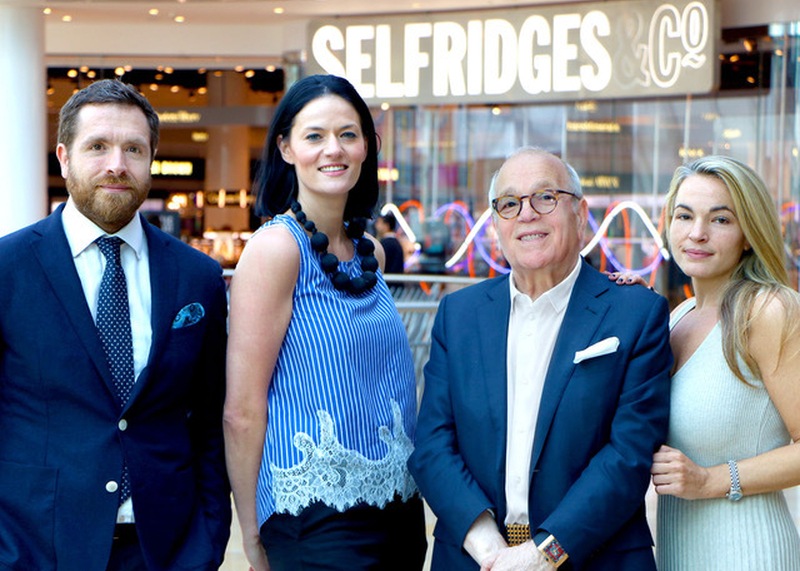 Four restaurants in London, with two more on the way...

Although, their first venue opened in Birmingham, San Carlo is very much a Manchester institution - owner Carlo DiStefano’s (pictured above, middle right) first Italian restaurant in the 1980s was Coco’s on Fountain Street.

Their head office and flagship restaurant is on King Street, but they now have branches all over the UK, including several in London. Obviously its success is a combination of the food, drink, ambience and business nouse, but San Carlo also has a whiff of celebrity about it, which excites the punters. Past visitors include Tom Jones, David Beckham, Russell Crowe, Michael Buble and even Rihanna.

Marcello Distefano, managing director, told us: “We first opened in London eleven years ago when we acquired one of the city’s most iconic restaurants, Signor Sassi on Knightsbrige Green. We made some changes, introduced our most popular San Carlo signature dishes and saw turnover treble.

“Then came our new concept, Cicchetti. We opened our first in Manchester and it flew, so we decided to take the concept to London, opening Cicchetti Piccadilly, Covent Garden and finally Fumo (pictured top) on St Martin’s Lane - all prominent locations. Now we’re set to open two more restaurants in London within the next two months, including an exciting new concept.

“Soaring rent and rates are the main challenges for London and the competition is vast, but it’s the former that’s the main barrier to opening there. We put our success down to the right locations, great food and service.”

The restaurant group have just announced that they will be taking over this summer’s rooftop pop-up restaurant in London’s Selfridges. 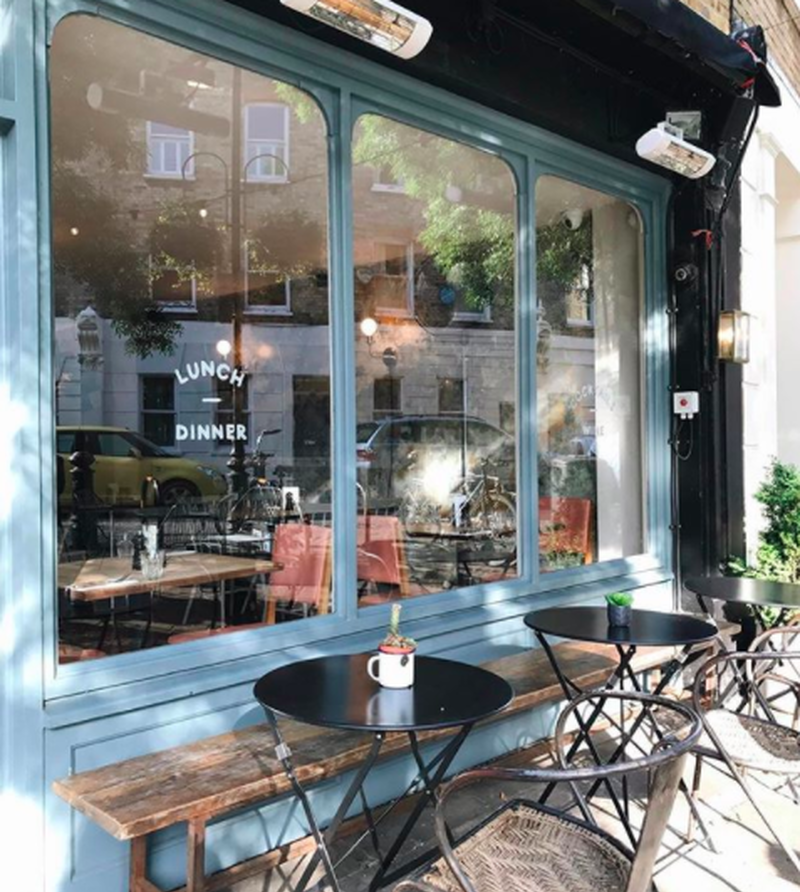 Mughli restaurant has been happily doing its thing on Rusholme’s famous Curry Mile for over two decades, but it was the second generation, brothers Haz and Sax Arshad, who led the way for a new approach to Indian and Pakistani menus.

The brothers also embraced social media, knocking down traditional barriers between the tight knit Rusholme hospitality industry and its customers. They were one of the first to introduce authentic street food dishes with a story alongside the more traditional chargrills and rustic dishes.

Their fresh entrepreneurial approach made them look beyond the family restaurant and the North West, opening the popular Damson & Co in Soho in 2013, which sadly closed in 2017 when the rent was increased by £35,000.

They launched a second London operation in 2014, Queenswood, a casual neighbourhood restaurant and bar in Battersea (pictured above). It’s on similar lines to Evelyn’s on Tib Street, which the brothers opened in Manchester’s Northern Quarter in 2015.

The style of hospitality is different down south

“We wanted to move away from just doing Indian food, but didn’t feel we could do that in Manchester,” said Sax. “The London market is seven days a week, whereas Manchester is more hit and miss.”

“The style of hospitality is different down south,” he added, “It’s more energetic and service is taken more seriously as a career option.”

However the brothers, who were both born and bred in the Old Trafford area, have not turned their backs on Manchester, with a few exciting projects earmarked to open here over the next few years. 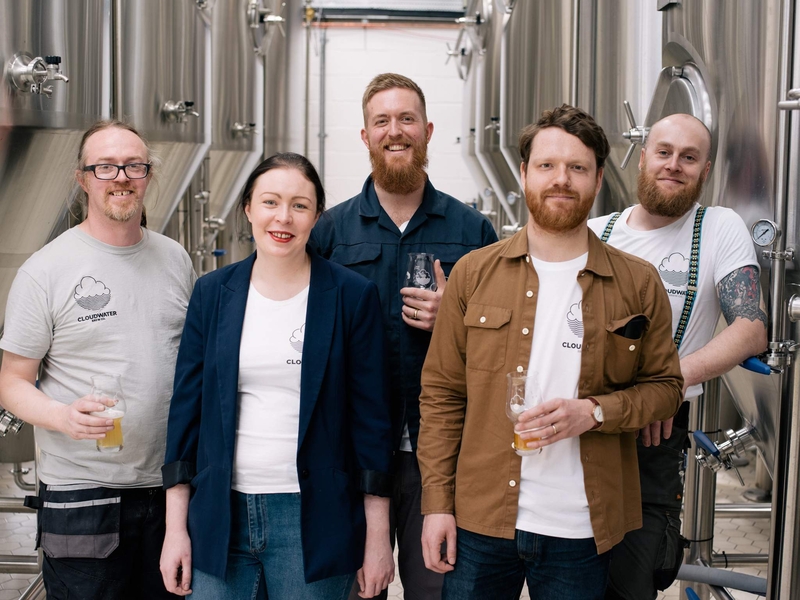 Recently voted the second best brewery in the world, Cloudwater have announced plans to open a new taproom, distribution centre and micro events space in an archway in Bermondsey in Autumn 2018. Founder and managing director, Paul Jones (pictured middle), told Confidential, “London is actually our largest market by far. The accolades we have had have mostly come through London reviewers.”

London is an eye-wateringly expensive way to do business

Paul has ruled out a complete move to the capital, but feels as though a presence there is essential for London’s Cloudwater fans to experience freshly brewed beer which tastes as good as it does in Manchester. “London is an eye-wateringly expensive way to do business,” he admits. “We can’t say we won’t ever have a brewery presence outside Manchester, but getting fresh beer from Manchester to London within 24 hours is simply an overnight exercise loading a pallet."

Cloudwater’s new venue will incorporate a taproom with around a dozen taps, a retail area selling cans and bottles to take away, as well as a distribution hub incorporating a cold storage facility to help transport the fresh beer further across the capital. 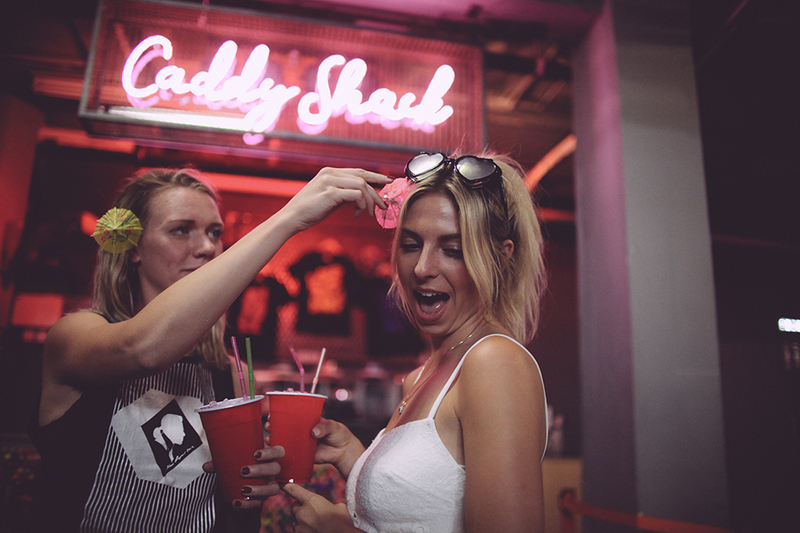 The Junkyard brand has evolved in a relatively short time from ramshackle underground pop-up to a brand with a clear enough identity to roll out permanent venues in national locations, including London.

Junkyard had only been running their second pop-up urban golf concept at Great Northern Warehouse for about three months when they looked into creating a London version.

Chris Legh, director of Junkyard Golf, told us; “We took on a London site pretty early on in our business. We researched various venues and each had pretty eye-watering rents. I guess it was a pretty ballsy move as it could have risked everything, but we felt pretty confident that the concept was unique enough and we were equipped enough to cut through."

My view is don’t try to be London in London, be Manchester in London

Chris believes that their Mancunian attitude helped. “As a brand we're quite 'in your face' and loud, with a fair bit of swagger, which you don’t get as much there. Jokes aside though, we are a very analytical business and we focus a lot on using social media marketing techniques and tools. We collated a lot of information on our Manchester client base and worked on profiles and detailed targeting to maximise our marketing budgets.”

So what advice does Chris have for any other Manchester businesses thinking about dipping their toe in the capital? “London is a very large, but very competitive market. You need to have a strong concept and brand identity to compete. I think the Manchester attitude, which is reflected in some of the cities best venues, allows them to easily stack up against London versions. My view is don’t try to be London in London, be Manchester in London.

"It's going to cost you more, you’ll have more competition, but the rewards are there too. I think commitment to creativity and marketing is key, you can’t sit back and let it happen down there.”

Like this? How about... The ultimate guide to Manchester's best outdoor bars OR Beyond the city: how to spend a weekend in Didsbury