'A vegan patty that holds its own' - The Vurger Co, NQ, reviewed

Burgers are one of my panic backup foods. You know, the foods you order when you’ve been staring at a menu for 25 minutes with no luck. I order a burger in a tizz whenever I can't bear to ask the waiter, “Can I have a few more minutes, please?” for the third time.

Imagine drinking a strawberry Cornetto through a piece of bucatini

The “V” in The Vurger Co. implies that it’s vegan, and if there’s one thing I never panic about, it’s meat substitutes. I love Herbivorous’ buffalo wings, the limited-edition butter “chicken” from Bundo, and I’d be lying if I said I didn’t sneak the odd Linda McCartney sausage from the “reserved for veggies” plate at a bbq.

On the plant-based spectrum, I’d say I’m an “avid dabbler” - not committed, but trying.

I was ready for a tea that included the likes of hunny “chicken” and soya strawberry milkshakes. I was hoping for a no-airs-and-graces junk food affair, with the added bonus of it being better for the planet, and it almost provided.

Entering The Vurger Co. felt a bit like walking into one of the restaurants in Manchester Airport. It’s all white tiles, clinical lighting, and lightweight plastic seating. It’s casual enough to sit in alone and scroll through Insta on your lunch break, but with enough buzz that you could chat about this year’s Love Island beef with your whole group.

There’s not an empty ketchup sachet or a half-chewed straw wrapper in sight though, it’s all fresh and clean with a dash of millennial pink. There’s also a neon sign that says “Feed Your Soul”, but that’s a given in any NQ gaff.

Vurger is a sit-where-you-like and order-via-the-QR-code affair. There’s a counter for orders and collections too, if you prefer a side order of human interaction with your fauxzarella sticks (£4.95). A booth by the window was our best bet for both comfort and people-watching.

The first thing to arrive at our “marble” table was a strawberry milkshake (£4.95). If a milkshake doesn’t draw out your cheekbones with every sip, it isn’t worth it, and this soya-based sipper put Nesquick to absolute shame. Imagine drinking a strawberry Cornetto through a piece of bucatini.

The guy that brought our trays over asked if everything was ok, and explained what each vurger contained, a step up from the usual QR-code cop-out. The food was delivered with more passion than your usual drive-thru worker, but that was the last we saw of him.

A handy move from The Vurger Co. is the option to get your burgers cut in half, saving both messy hands and a jagged cutlery job.

The hunny "chicken" vurger (£8.95) features a chicken-style patty, vegan honey glaze, honey mustard aioli, pink slaw and gherkins. Other than being a little more on the grey side than Colonel Sanders’ offerings, the “chicken” closely resembled the real deal.

The lettuce was crisp, slaw tangy, and a brioche bun that can hold its filling has the key to my heart. The “chicken” patty also sustained a good crunch, despite the slaw juice and aioli.

However, the honey glaze felt a bit like putting jam on a cheese sarnie, not completely wrong, but a bit much. Not even the mustard concoction that oozed from the bun could cut through the sweetness, but a good swig of ginger Lemonaid (£2.95) restored some balance.

For me, the Sonny and Cher of food combos will always be lightly toasted Warburton’s Toastie and loads of Lurpak, but edging in the rankings is Vurger’s skin-on fries with a pot of hunny mustard aioli (£0.75). The same aioli disappeared a little in my “chicken” vurger, but with a crispy chip and some double dipping, it quickly gained the nickname “crack sauce” from me and my pal.

The skin-on fries (£2.95) come in a little paper cup and they’re way crispier than most fast-food competitors. They lacked that artery-clogging salt content that you’d expect from the golden arches but made up for the lack of sodium with a fluffy centre and shell-like crispiness.

The New York Melt (£9.95) consists of a Beyond Meat vegan patty, vegan cheese, gherkins, tomatoes and house-made burger sauce. However, the melt just didn’t melt, so the hunt for a half-decent vegan cheese slice continues. Big creds for thick chunks of pickle, a meaty kick, and the sweet sharpness of in-house burger sauce though.

Things went downhill with the house-made mac ‘n’ cheese (£4.95), which was apparently infused with truffle oil and vegan parmesan. The mac was coated in another strangely-grey cream with no seasoning or parmesan tang, and after 30 seconds it turned to mush ‘n’ cheese. One word, “claggy”.

The Vurger Co. confirmed that a burger is usually a decent backup. Not the first thing you pick on a packed menu, or the dish that you describe passionately to your Mum on the phone the next day, but rarely awful.

I wouldn’t say that the nosh lives up to the neon sign, as it was definitely just my stomach that was fed, and not my soul, but The Vurger Co. is way better than a Plant Kitchen or V-Rev Flocka Flame. Don’t get the mac, do get the aioli, and if you’re looking for a vegan patty that holds its own, go to Tib Street. 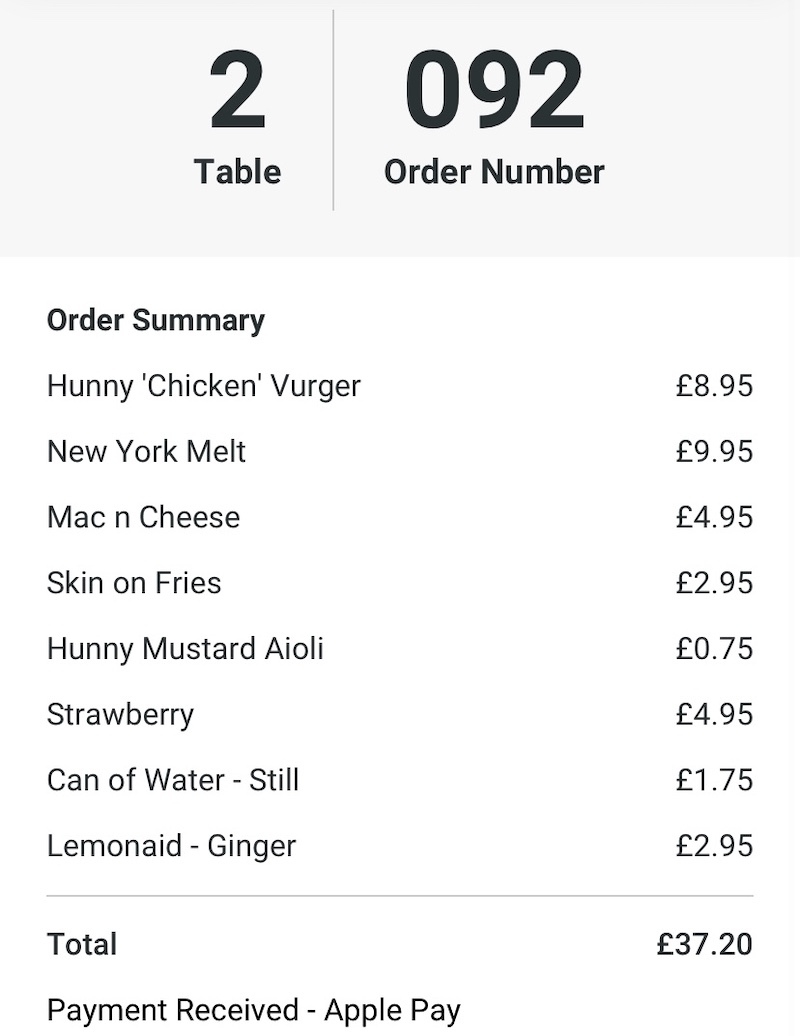 Lord of the wings: Manchester’s best chicken wings
What you say
Previous Article Next Article
Read Next
● / Food & Drink