From Happy Mondays to British Sea Power, here's our pick of Manchester's best gigs & concerts over the next two months

Below you'll find ten of the best theatre and comedy shows in and around Manchester throughout March and April. Not your bag? Well then how about the Top 10 Theatre & Comedy or Top 10 Exhibitions?

Fresh from a headline shot at V Festival, Kaiser Chiefs are hitting Manchester as part of their first arena tour in two years - following ‘a summer playing at sold-out venues from Sao Paolo to Ibiza to Colombia.’ Not bad for some. Alongside playing hits like Ruby, the indie rockers will be previewing songs from sixth album Stay Together. Support comes from Spring King and HOWL.

A collective now numbering over 70 rotating members, Postmodern Jukebox is an act run by New York jazz pianist Scott Bradlee, whose vintage-pop mash ups have now racked up over 650 million YouTube views and count the likes of Lourdes and Gwen Stefani as fans. Re-imagining contemporary pop, rock and R&B hits in the style of various yesteryears - from swing to doo-wop, ragtime to Motown - Bradlee calls it ‘pop music in a time machine.’ MTV, meanwhile, call it ‘a guaranteed party.’

A newly-formed dynamic duo, who met while studying at RNCM, Täpp use techniques both old and new to create their distinctive sound. Classical, jazz, trad, folk, electronic dance music, funk, world… you name it, they’ll play it. Usually, most of the music is entirely improvised and - since they use a string loop pedal - audiences can see and hear them creating tracks from scratch. The pair also host a live music night at Withington’s Indigo, featuring up-and-coming Northern musicians.

The Madchester mavericks are back in town with their signature blend of soul, acid house and psychedelia: expect all the Salfordian rockers’ hits, from Step On to Kinky Afro and Hallelujah. K-Klass will perform live as main support, alongside DJ sets from Hacienda icons such as Graeme Park, Allister Whitehead and Dave Haslam. If all that’s not enough to bowl over Bowlers, we don’t know what is.

After welcoming pop stars like Rick Astley and Marti Pellow, Saturday sees Bridgewater Hall instead focus on movie stars. Not the ones that get snapped on red carpets, or chased by paparazzi, but the orchestras behind some of cinema’s biggest soundtracks: from E.T. to Born Free, Robin Hood to Aladdin. No one deserves an Oscar more than the orchestra. Roll out the red carpet…

Ranked by Billboard in the top twenty recording artists of the nineties, and the ninth most successful girl group in music history, En Vogue make a timely return with the likes of Free Your Mind - a stand against prejudice and racism - with a new international tour. Also celebrating 25 years in showbiz, For the Love of Music will feature old classics alongside new material from forthcoming album Electric Café.

They’re renowned for their love of unusual venues - last year playing Jodrell Bank’s Bluedot Festival - but British Sea Power will be stopping off at somewhere a little more conventional in April, with a gig at O2 Ritz in support of imminent new album Let the Dancers Inherit the Party. If you missed out on Arcade Fire at Castlefield Bowl, this one’s a great compromise.

Take a Dutch megastar, mentored by Tiësto, and a 5000-capacity landmark venue - complete with some seriously impressive visuals - and you have yourself one heck of a headline Easter Sunday show. With hits like the anthemic Spaceman, Hardwell has enthralled dance floors worldwide with his complex drum ensembles and ambitious synths; spanning Pete Tong collaborations to concerts in Time Square. Go Hardwell or go home.

With a string of transatlantic successes, Ocean’s name is an apt one. Now, ahead of his new ‘best of’ album Here You Are, the MOBO Lifetime Achievement Award winner celebrates a career spanning continents with a concert of his greatest hits: from When the Going Gets Tough to Caribbean Queen.

When you’re compared to the likes of Marvin Gaye and Van Morrison, you know you’re doing something right. Nominations for Brits and Mercury Prizes are a good sign too. Fortunately, smooth operator Michael Kiwanuka scores on all accounts. Fast gaining acclaim for his soulful melodies and honest lyrics, in contrast to the often meaningless sentiments that dominate the charts, this is one musician that conveys his message with aplomb. 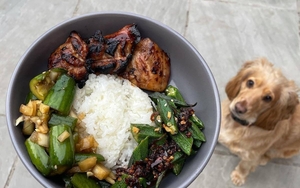 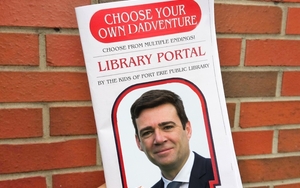 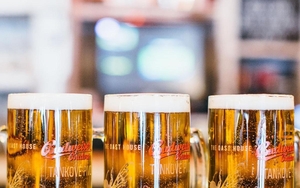