Ahead of September's pub fest, Deanna Thomas talks to the big man

TOM Kerridge means different things to different people. Some know him best for being chef/owner of Michelin-starred pubs The Hand & Flowers and The Coach in Marlow, while many recognise him as the chef from the telly who encourages people to cook delicious, low fat dishes, inspired by his own incredible twelve stone weight loss.

The larger-than-life chef is about to appeal to a whole new audience this summer, as he brings his Pub in The Park food and drink festival on tour to four UK locations, including Knutsford’s The Heath. The original 2017 festival was held in Marlow and featured a stellar line up of top-level chefs, pop up pubs and live music. Such was the demand, all 18,000 tickets sold out within 24 hours.

Confidential met up with him to find out a bit more about it….

What was the story behind the original Pub In The Park?

TK – "It was originally set up with a guy called Chris Hughes who owns Brand Events and is also a Marlow resident and a great friend. We were talking about how to celebrate The Hand & Flowers tenth birthday, thinking how brilliant it would be to do like a pub in the park thing in Marlow, but it took so long to organise because we’re both so rubbish and easily distracted - Hand & Flowers is now thirteen years old!

"The original idea was to invite loads of chef mates to cook and have a few bands and it ended up being this amazing national-style event, pretty much in our back garden... people were buzzing about it for months afterwards.

"We didn’t want to expand and lose that heart and soul by making it really big, so we thought the only way we can really do this is by finding other places with a similar sort of vibe, so I thought ‘let’s take it on tour’. So that’s why we’re here, in Knutsford."

Was it a real surprise when tickets for the first festival sold out so quickly?

TK – "A massive surprise. We were hoping we’d sell a few to create a lovely celebration that would be really good fun. All the chefs involved are really good mates and hopefully that spilled out into the park. It then became a celebration of Britishness in culinary terms of food, pubs, local breweries, small artisan suppliers.

"There’s a massive appetite for food festivals, but you’re not just wandering around seeing stuff, there are actually chefs there cooking food that you can enjoy, with great music as well. So I suppose it ticked all the boxes and people bought into it very quickly."

“We’re confident that this will go down really well – because there’ll be a load of northerners involved.”

Knutsford is the only festival you’re doing up north?

TK: "It needed to be places that have a similar sort of vibe to Marlow - a beautiful town with lovely people interested in great food and fantastic breweries. It didn’t need to be places with Michelin stars, just spaces that would embrace the whole idea. There are so many different options we could choose from, but it was also a matter of trying to find ones who could do it when we could, so that’s why Knutsford and places like Tunbridge Wells down in Kent and also Bath."

How will each festival differ?

TK: "We want to get local hospitality people involved whether they make beer, charcuterie or cheese. We want it to feel like a local festival, where each one has its own vibe and reason for doing it, but on a national scale. Each festival will feel like a party in your own backyard. If you’re from Knutsford or the Manchester area, there’ll be something that you’ll recognise and be proud of it being from your area." 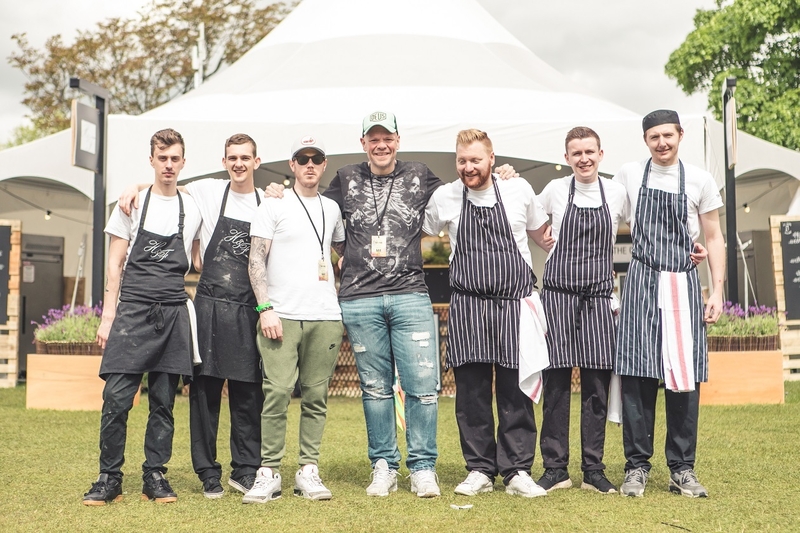 Just to put you on the spot - what do you know about food around Knutsford and Manchester?

TK: "I have actually been up here quite a bit. My wife’s family is based in Stoke on Trent, so that’s not too far away and we have a lot of friends in Manchester too. I know Manchester is desperate for a Michelin star, but it doesn’t need a Michelin star. What it has got is amazing pubs and restaurants and places which are a lot more accessible, family friendly; great food, fantastic brewing heritage - that’s huge in this area."

Oh yeah, the drinks side is pretty much sorted up here…

TK: (laughs) "...and Manchester has gone through such a massive period of redevelopment as well in terms of restaurants. Northern hospitality is something that you recognise, being a southerner. It’s fun, smiley, friendly and is always about people having a nice time - that’s the most important with this family festival. We’re confident that this will go down really well – because there’ll be a load of northerners involved."

How do you go about creating pop up versions of Michelin starred restaurants?

TK: "So James Mackenzie (Pie & Glass), Andrew Pern (Star Inn) and Angela Hartnett (Murano) are all coming over and each will have their own little satellite kitchen to cook in over the weekend. They will offer probably three dishes that represent them (at around £5 each) probably totalling around four to five thousand dishes over the weekend. They’re never going to be exactly the same dishes you’d get in their restaurant, but it’s not about that, it’s about you walking around in the grass with a paper plate and a plastic spoon. It’s about each place getting their ideas and their personality across in a relaxed and friendly manner."

TK: "Exactly. There’s also going to be a kind of shopping area with local cheese-makers, charcuterie, bakers, cake makers and all sorts. Local suppliers and producers will be hugely involved. Then there’ll be the demo stage where there’ll be chefs making stuff and there’ll be lots of different tents around full of things that people can see and do. It’s everything that food festivals should be about and then on top of that, it round off with lots of top class amazing music. Confirmed so far we’ve got Toploader, Mel C, Razorlight, Scouting for Girls, and Tom Odell. So great musicians, great music, top food and brilliant booze as well." 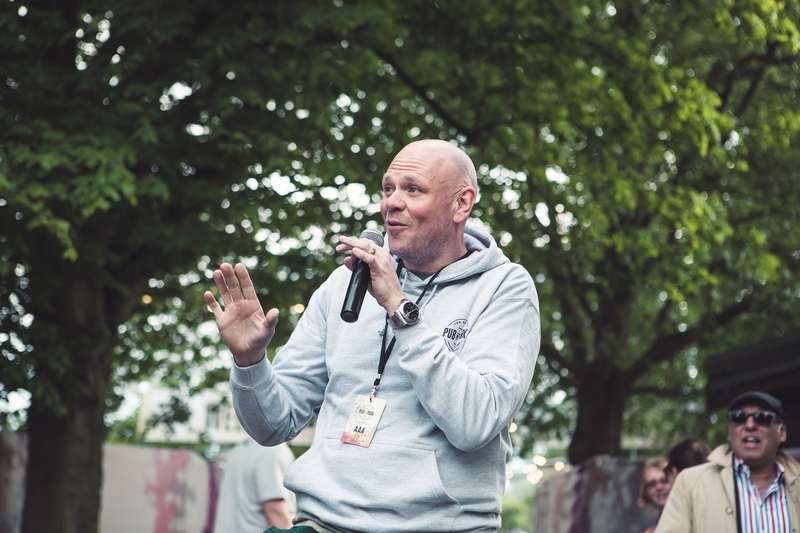 TK: "Papering over the cracks (laughs) I run around doing all sorts like holding hands, helping chefs and doing demos. We’re already experienced - having done it one year - so for anyone getting caught short on what’s going on I’ll just be running round helping out. We’ll all be introducing bands on to the stage, but my role is just to make sure that everyone’s having a great time."

Will you stop at four a year, or might it grow to even more?

TK: "I’d love us to keep doing this again and again, I’d love it to be so successful that Knutsford and Greater Manchester really wanted us to come back and do it again – that would be the dream."

I think Manchester is an incredible, vibrant and brilliant town with an amazing food scene.

We can’t resist asking about your recent transformational weight loss - do you think people might only expect you to provide low fat, low carb food from now on?

TK: Not at all. When you go out for a meal, especially somewhere like Hand & Flowers, you’re not going there every day. You’re going out to have a nice time. My professional and personal lives are two very different things. Everyone has seen a visual change in me over the last four or five years and then when people ask you how it’s done and then the TV people ask you to make something, it has to be about real people. Eating out in restaurants is almost fantasyland.

"Day-to-day life is different; we all have tea every day. You don’t go to a food festival every day of your life - no-one’s that lucky are they? So if you are on a diet, don’t worry about it, just come and enjoy yourself and get back on it the next day."

Do you have any plans to open in Manchester? Is it even on your radar?

TK: "Never say never. I think Manchester is an incredible, vibrant and brilliant town with an amazing food scene.

"It would have to be the right concept – it couldn’t be as much of a personal thing, being so far away from Marlow where I run a ‘polite dictatorship’. I like to know what’s going on and if something’s gone a bit wrong I can call in there or I can be there. Manchester’s just that little bit further away and you need to be able to really relinquish control just a little bit. If we were ever looking at expanding and creating a branded thing, we’d definitely look at Manchester. I think it’s a phenomenal city. Who knows, maybe in the future…"

Pub In The Park, 7-9th September  - The Heath, Knutsford

Sign up to the Pub Club for updates and announcements, and to gain access to pre-sale tickets on 1st Feb at 10am. Tickets go on general sale Feb 2nd.