‘As good as any I’ve slurped in Japan’ - Tokyo Ramen, Northern Quarter, reviewed

YOU’VE caught me slurping in the Northern Quarter again. It’s becoming a messy habit. First I invested in a bib, now I’ve plumped for a loyalty card at my local dry cleaners. If Cocktail, Beer, Ramen + Bun on Oldham Street (reviewed here) was eventually reduced to its show-stopping ramen bone broth for this besplattered reviewer, there were lots of sideshows along the way, too. Their name says it all, literally.

NQ noodles-in-broth rival Tokyo Ramen is starker. Less a special occasion, party time destination, more a head-down refuelling station… and don’t even think of taking a first date unless they’re a veteran of the Yakuza mob wars of Kabukicho. Or maybe not.

Yes, Danny Collins’ take on the ramen stops of the Japanese capital is a stickler for authenticity, right down to my lactic, acidic goblet of Calpis (just the one S), like a sticky dilution of Yakult. I had to order it in the absence of many liquid alternatives to partner my food.

The drinks offering is limited and, of their two bottled beers, only Asahi Dry was available on my first visit. Never mind. I went solo three times in all, so oddly compelling it was. So I got to sample all three of their current ramens plus a couple of small plates. In a spartan space for just 20 walk-in diners each time I was hypnotised by the steaming vat of broth at the back of the open kitchen.

In Japan, old school ramen joints claim they just keep topping up the stockpot for decades, creating the equivalent of a sourdough starter. Whatever, the pork bones for the classic Tonkotsu broth are simmered for twelve to twenty hours until the collagen marrow and fat break down, unleashing a creamy, white liquid that forms a gelatinous film on the surface. Not always to the advantage of the finished product (CBR+B got it right).

In contrast, Tokyo Ramen favours a chicken bone broth with the daily disclaimer ‘when it’s gone it’s gone, we start again from scratch for tomorrow’. I like such spontaneity, signalled too in the switch of ramen emphasis from our Confidential preview, when Danny told us the emphasis would be on “Tsukemen, comprising of our house noodles, a variety of delicious toppings and a thick, rich, dipping soup made with a ten-hour chicken broth.” That’s hardcore, separating the noodles from the soup dip and, it hasn’t happened yet. All three ramens are one bowl meals – and they are as good as any I’ve slurped on two Japan visits.

Danny and partner Steph (who met in the kitchens of Harvey Nichols) have vastly more experience of the country – three years of visits and it shows. And their statement of intent "Our Karaage (Japanese fried chicken) will be the best in the city, that's a promise”? Their take is called Koji, the chicken marinated in a fermented rice malt, soy and ginger before deep-frying. This features both as a small plate with mayo and yeast furikake and ssamjang (me neither, except there’s umami and Korean influences going on) and dunked in the first of the ramens, Tantanmen (£11.75).

Influenced by Chinese Sichuan Dan Dan noodles, this means it’s dominated by fermented chilli oil and roast garlic-sesame tare (a tare is a ramen base paste). Oh and there was a bushy fringe of kale, too, atop wheat noodles slightly too thin for my taste, but that’s a minor quibble.

Ramen No.2, my favourite, is the mellower, better balanced Shoyu (also £11.75). As the name suggests, there’s soy sauce (along with mirin) in the tare, so the perfect launchpad for torched but still moist pork belly, pungent mustard greens and a wafer of chewy nori.

Not just vegans should order Ramen No.3, the Miso (£11.75), staple of Sapporo, capital of Hokkaido in the North. Along with a tofu dish I never got round to, it is the plant-based offering, a delicious tangle of sharply pickled shiitake, crispy enoki mushrooms, brown butter and sweet potato in a broth of mushroom dashi with burnt onion miso.

So ramen is the main player, as it says on the sign, but don’t neglect the small plates, even if I’d be more inclined to order a selection if the drinks offering were more interesting. Sake, anyone?

Still, there was a certain stark (that word again) almost Gothic blackness to the condiment accompaniment to both my Beef Yakiniku (£7) and my Octopus Karaage, the first from black garlic –a dollop – the second a whole tracery of squid ink ponzu. The Yakinku beef was chewy but well-flavoured Zabuton on skewers, the Octopus Karaage (£8) I expected to be battered but wasn’t, tentacle pieces scattered across the surfeit of black ponzu dotted with a ‘chickpea miso’ that was hummus by any other name.

Which brings us via a slight curveball to a food issue lingering on from last year – ‘cultural appropriation’, ie whether it is right and proper to run and chef in a restaurant serving dishes from an entirely different food culture from your own. And we are not dabbling in the fickle pursuit called ‘fusion’.

Not me, if I can slurp so gloriously in two Manc-spawned NQ ramen joints of such distinction. Preference? Depends what mood I’m in and when my jacket’s back from the cleaners. 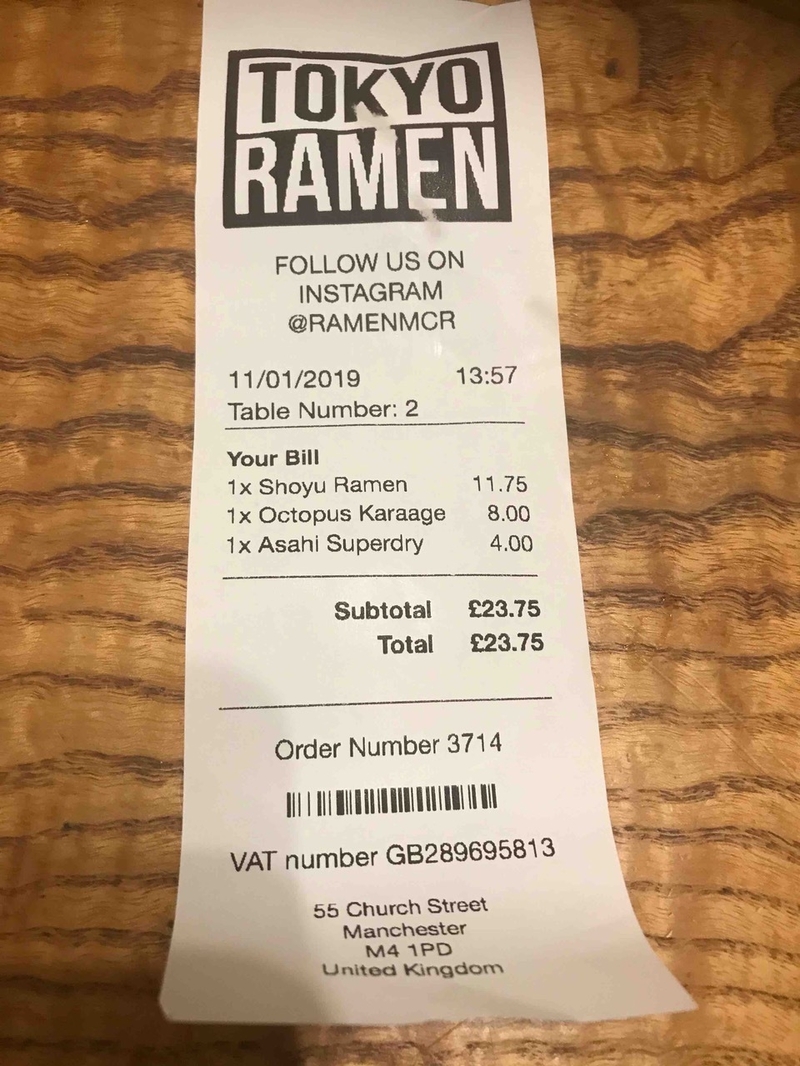 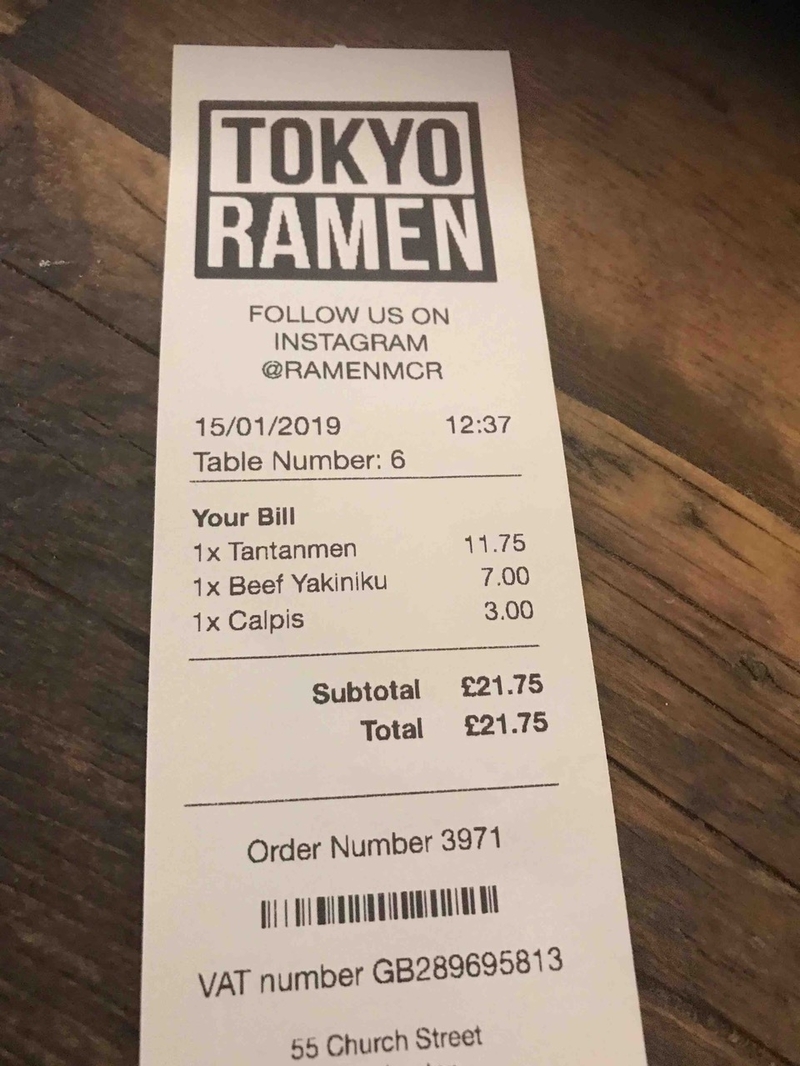 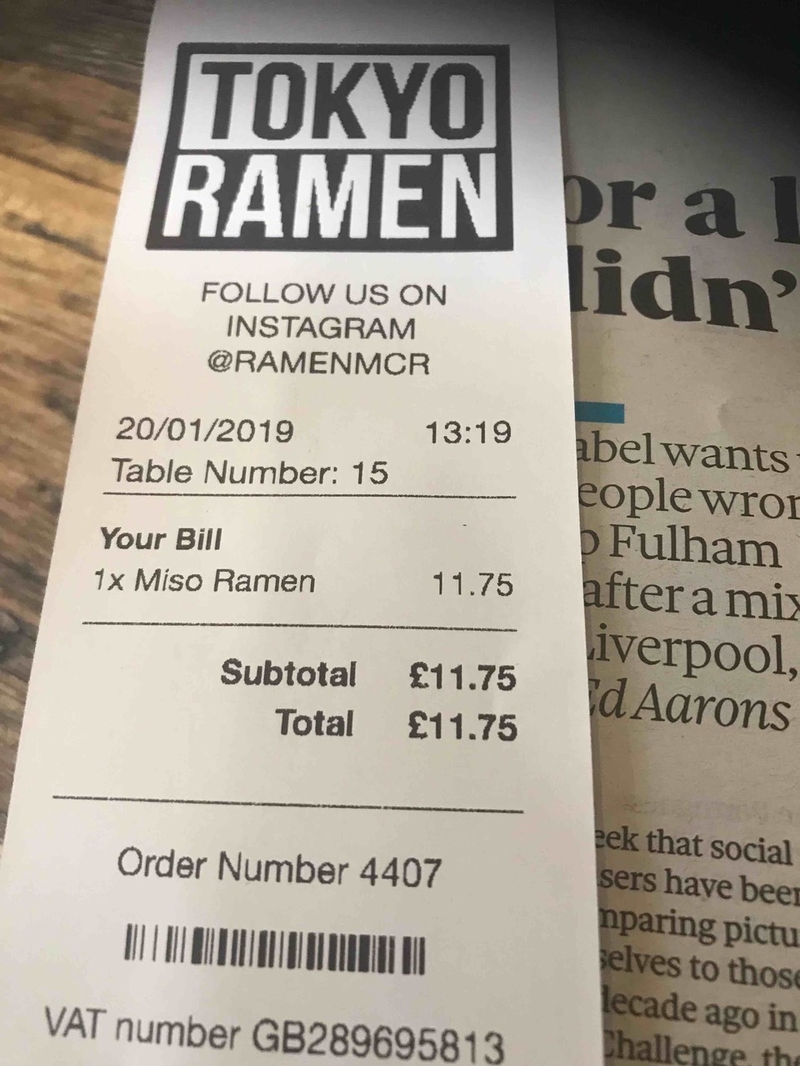