In the coming months we could see our transport network bolstered with protected ‘pop-up’ cycle lanes on major roads to help people get to work safely and restart our economy. The proposed bike lanes come as public transport capacity is reduced by 90% due to social distancing measures, amid fears of an explosion of car use that will overwhelm our road network. With over a third of people in Greater Manchester not owning a car, there’s urgent need for an alternative option to help people get around. Enter the humble bicycle.

We need to do everything we can to help people move around the region, to jobs, shops, and bars and restaurants

Campaign group WalkRide have released a metro-style map showing what GM’s pop-up cycle network could look like, based on plans reported on last week. It shows indicative times, based on Google Maps projections, between different locations on these corridors around the region. According to the map, you could get to Manchester’s inner ring road by bike within 20 minutes from places like Stretford, Newton Heath, Levenshulme, Eccles, Higher Broughton, and Irlam Heights. On an e-bike - projected to outsell electric cars six to one over the next three years - this could be even quicker.

There’s a very real possibility the map could soon become a reality. Last month, the government issued statutory guidance to councils, instructing them to erect emergency cycling and walking routes and giving them money to do so. Around £16 million has been earmarked for Greater Manchester, and the Greater Manchester Combined Authority (GMCA) have been working with councils to prepare bids for a combined 116km of pop-up cycle lanes. The government has made it clear money will only be awarded to proposals that are 'meaningful' and can be 'swiftly' implemented, stating: “Local authorities in areas with high levels of public transport use should take measures to reallocate road space to people walking and cycling, both to encourage active travel and to enable social distancing during restart.”

Salford and Trafford Councils understand the urgency of the moment. Salford has already reallocated space on Trinity Way & Liverpool St, while Trafford is creating seven miles of pop-up cycle lanes on the A56. They follow the lead of cities like Paris, Milan, Bogota and NYC that have already done this. Closer to home, Liverpool’s mayor has given the green light and £2m to build 100km of pop-up cycle lanes, saying “Hopefully these measures will provide businesses and their workforce strong alternatives if they don’t want to use public transport and don’t have access to a car.”

For the network to become a reality here, all ten of GM’s councils need to sign up. Protected cycle lanes that abruptly end at the border with another council will compromise the entire point of the network. This is particularly true of Manchester, the lynchpin at the heart of the region. This is why WalkRide have published an open letter to MCC council leader Sir Richard Leese, asking him for reassurance Manchester is on board.

Investing in the network could be a smart move: walking and cycling is estimated to return £5.50 in indirect economic benefits for every £1 invested.

It’s a good time to do this because cycling has boomed during lockdown. Cycling is up 42% in the region, and bike shops have never been busier. As a bike shop in Prestwich told me, “It’s mental, everybody wants a bike”. The owner of a bike shop in Chorlton told the BBC that business hasn’t been this good since his granddad opened it in the 1950s.

Evidently, quieter roads have led to more people pedalling. It chimes with years of research that has consistently shown safety concerns to be the biggest barrier to cycling in the UK and that protected bike lanes separated from traffic is the number one thing that would turn this around. It’s no coincidence that protected cycle lanes are the hallmark of cycling infrastructure in places like Denmark where cycling is so commonplace and ubiquitous that there are more bikes than people.

If you're choosing to travel by bike, you are helping to free up vital seats on trams, trains and buses, for those that need them most.

That is what this proposed cycle network is all about - making cycling an ordinary mode of transport accessible to many more people. The idea isn’t to eliminate cars or public transport, but rather to supplement the transport network with another mode. Doing so will also build greater equity into transport.

Statistics tell us what is self-evident: the poorest are least likely to own a car and most dependent on public transport, meaning a cycle network will be particularly beneficial for ensuring access to jobs across all income levels.

Safe space for cycling is also an equality issue with women, older people, and people from ethnic minorities amongst the groups least likely to cycle in Britain. Instead, it remains predominantly the domain of the so-called ‘MAMIL’ (middle-aged-men-in-lycra) who, it seems, are happy to ride at speed alongside traffic. In contrast, in places like the Netherlands, more women cycle than men. They don’t wear lycra or helmets because the infrastructure is so safe cycling is an easy way to travel for ‘normal’ people.

There are also the obvious health benefits. The UK is the most obese country in Europe, and 50% of adults in Greater Manchester are physically inactive, costing the local NHS more than £500,000 a week. In this regard e-bikes are brilliant, enabling people to get moderate exercise while having that additional boost to get up those hills.

With lockdown easing and public transport capacity severely compromised for the foreseeable future, we need to do everything we can to help people move around the region, to jobs, shops, and bars and restaurants. With funds earmarked specifically for cycling corridors to supplement public transport, it would seem daft not to build the cycle network GMCA has proposed. The deadline for putting in bids is this Friday. We need all ten councils to sign up to the proposals that will support a truly robust transport network in the region. We could be on the brink of a cycling revolution - we’ll soon find out whether our politicians pull it off. 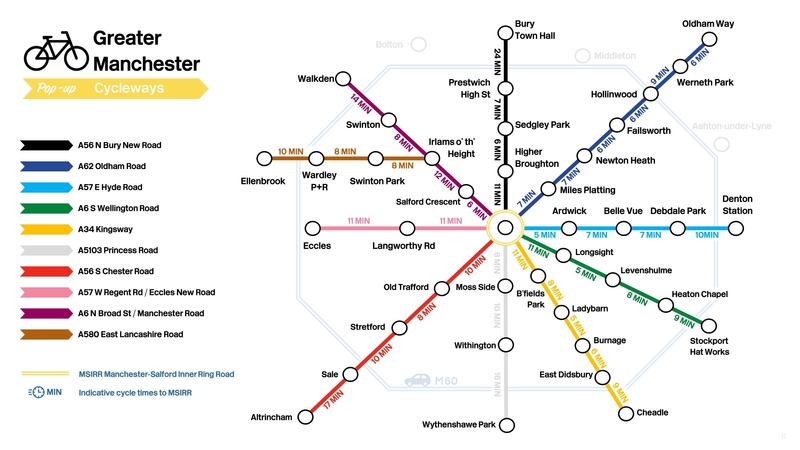 Read more: The climate crisis needs us to change our behaviour just as COVID-19 has 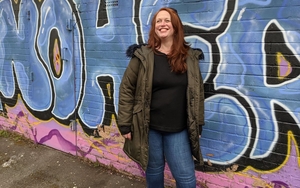