'They're shithouses' - what happens when you tell restaurant owners their restaurants are crap?

Matt White reads scathing Trip Advisor reviews to restaurant owners... but how do they take it?

Anybody who knows anything about restaurants knows that TripAdvisor is a faceless platform for angry, illiterate people with no friends to bark utter bollocks about something they know sod all about...

And thank god for these people.

Who can forget the fella who walked out of Manchester's fine-dine darling, The French, because a customer had farted, or the co-owner of the departed 47 King Street West restaurant, who responded to one unfavourable TripAdvisor review by labelling the author an 'ugly peasant'.

It has proved fruitful material too for XSManchester breakfast presenter Matt White, who, in the vein of US TV host Jimmy Kimmel, has taken to collecting some of the very worst TripAdvisor reviews he can find, before reading them out directly to the owners of the restaurants in question.

So far, White's guests have included Gary Usher, the award-winning chef-patron behind Hispi in Didsbury (and no stranger to a TripAdvisor tabloid bashing), Franco Sotgiu of Solita, Lyndon Higginson of Crazy Pedro's, and David Mooney of the now closed Beef & Pudding.

Reactions among the four range from the irritated ("How can I take seriously someone calling themselves Cookie Monster?") to the incredulous ('they're obviously blind and ignorant...") and, of course, the plain funny ("We don't serve nappies...").

Best line: "They say they got the shits in the restaurant while they're eating... isn't that physically impossible?"

Best line: "The bartenders put whatever songs they fucking want on, and if it's Ricky Martin then so what..."

Best line: "If my staff want to touch each other, they're all gorgeous and I don't blame them..."

Meet the chefs behind Tine, Manchester's exciting new pop up

Classic cooking for the next generation - La Popote, Marton

Classic cooking for the next generation - La Popote, Marton

Focaccia mania at The Pasta Factory 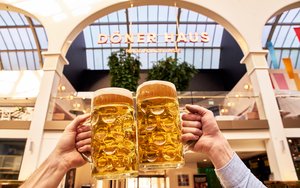 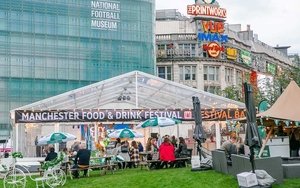 BREAKING - Manchester Food and Drink Festival 2020 has been cancelled
● / Italian 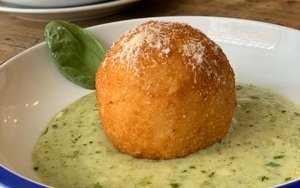 Looking for authentic Sicilian food? Then it’s got to be Sicilian NQ

Here are our recommendations – tried, tasted and adored by the Confidential team

Looking for authentic Sicilian food? Then it’s got to be Sicilian NQ
● / Spanish 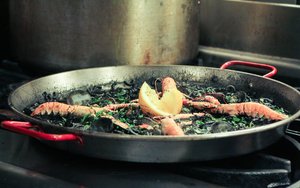