THE biggest consumers of spirits in the world? It's not Russia or the US. It's not even us. The honour goes to South Korea – they drink more liquor per person than any other country, anywhere. And yet they're not seen as a boozy nation... how have they pulled this off?

Eun Ji, the one-woman-force-of-nature behind The Thirsty Korean bar in Chorlton, puts it down to the different drinking culture of her home country.

Yes, South Koreans drink a lot of spirits but they're not the 30-60% abv ones we're used to. Their most popular tipple, soju, is just 17%  abv. Likewise Korean beers are almost all session beers at  around 4% abv.

To further curb the drunkenness, when Koreans go out for a drink, they order anju (drinking snacks) like fried chicken at the same time. It slows the drinking speed, soaks up the alcohol, and generally leads to a better, longer night out.

This relaxed drinks-with-snacks approach is one reason Korean bars are popular in cities such as New York and San Francisco. And now we have one in Manchester. The Thirsty Korean was opened by Eun Ji in summer 2019 and is unique here thanks to its range of authentic Korean beers, soju and anju. 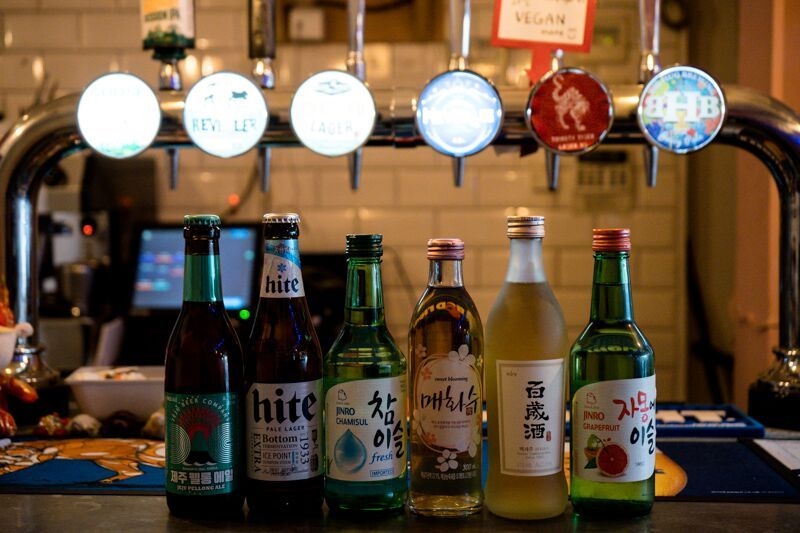 So what should you order when you go? No night out in a Korean bar is complete without a bottle of soju or three. You usually drink this sweet, rice-based spirit straight in shot glasses. It's often compared to vodka but abv-wise, it's more like sherry than Smirnoff.

At The Thirsty Korean a 350ml bottle of soju is £11.90 making it (we think) one of the cheapest in Manchester. The bar also serves soju cocktails such as the Somaek (Soju Bomb) made with beer and soju. 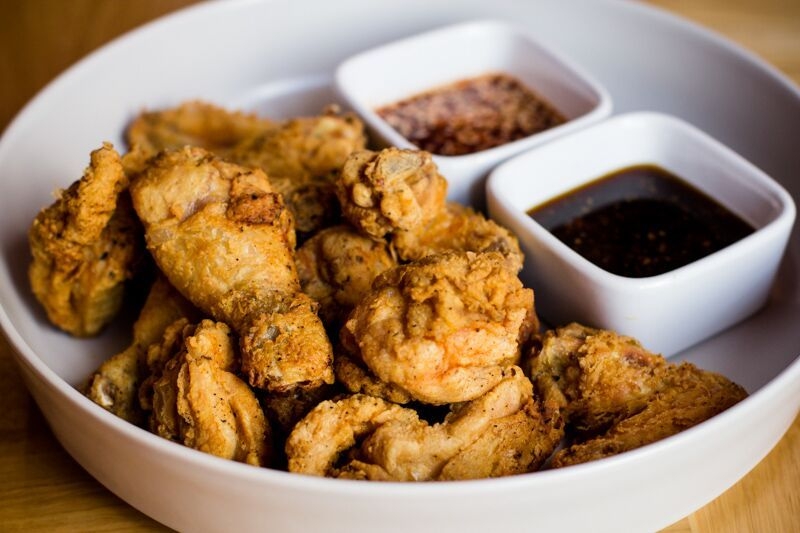 Speaking of beer, it's a real passion here. The bar has seven taps, which Eun Ji takes pride in keeping ship-shape. They also sell bottled Korean beers such as best-seller Hite.

The Thirsty Korean is a bar not a restaurant however typical dishes include chimaek (spicy Korean-style fried chicken usually sold with beer). And kimchi jeon (kimchi pancake) made with kimchi brought over from Korea.

Eun Ji uses authentic Korean ingredients wherever possible, and says she'd be ashamed to serve Korean food that didn't taste like it does in Korea.

As the owner, chef, and front of house, she's made The Thirsty Korean into a labour of love. It's not as slick as bigger venues, but it is authentic to the core. This South Korean lady has created her own little corner of Seoul in Chorlton, with the fantastic drinks, food and atmosphere that Korean bars do so well.