The Super League's a wanker: Manchester reacts to the furore

As the news percolated out, the football world lost its collective shit.

The truth is that this had been rumbling under on and off for years. Our own Danny Moran wrote, "Is that Big Six mini-league at the top of the Premiership where it’s at?" in an article on post-Premiership football in Manchester back in 2019.

Predictions aside, we look at the reactions of Mancs as the whole debacle unfurled - the funny, the incisive and the moving.

Read on to find out how the metro Mayors of Manchester and Liverpool propose to sort the whole thing out.

⚽️💙 Football is a game for the people

On Sunday, Tony Mowbray goes all Nostradamus on us from the off: "I can see it dying away pretty quickly... and I think it should." Even Tone didn't know how right he was.

Gary Neville is an early, and ardent, critic of the Super League. The philanthropist slash commentator slash developer slash new national hero sets out his footballing ideology below. Plus we discover the multi-talented Neville has another string to his bow.

Good that this avaricious farce is falling apart. Good on the fans - and others - for opposing it so strongly. The disregard which club chiefs had for their own fans was appalling. Football needs proper governance to stop this happening again.
— Andy Mitten (@AndyMitten) April 20, 2021

Andy Mitten, editor of United We Stand, is typically muted and ambiguous about his feelings on the matter. Oh wait.

C’mon MCFC do the rite thing fuck it off we’re better than this as we were LG x
— Liam Gallagher (@liamgallagher) April 20, 2021

Would it be a Twitter round-up without Liam Gallagher swearing? What would Peggy say? We reckon she'd have told City to fuck it off too.

Luke Shaw's considered and articulate response gets acclaim from many, while Marcus Rashford goes for a bold image to convey his feelings.

Manchester podcaster Mark Goldbridge tweets images of grumpy Chelsea fans as it all kicks off on Monday evening. Man City fans are quick to point out that their club was the first to jump ship.

#ManCity have spear-headed the end of the European Super League.

The Super League will be remembered for its incredible cowardice. None of the six English club owners had the guts to stand in front of their fans or even a TV camera and defend their plans. #cowards
— Sam Pilger (@sampilger) April 20, 2021

Well done HRH Sheikh Mansour and Roman Abramovich. It truly takes a big person to step back when you see that something isn't right. Two owners who have put football ahead of personal gains. @ManCity @ChelseaFC
— Rabin (@city_rabin) April 20, 2021

Well that's one way of looking at it... turns out the owners are the heroes?

This is the beginning not the end. We cannot rest and we must drive through proper legislative change that protects clubs and match going fans. These are our clubs and our game. We cannot stop until it is properly protected for the next generations of fans.
— RickMc0161 (@RickMc0161) April 20, 2021

Fan rep Rick is a voice of reason.

As Manchester MPs, we've written to the Chairs of Manchester City and Manchester United to urge them to reconsider the involvement of our local clubs in the proposal for a European Super League. pic.twitter.com/7xKpy6JB7J
— Jeff Smith (@JeffSmithetc) April 19, 2021

MPs band together to urge the Manchester clubs to reconsider. Shadow business minister and MP for Manchester Central Lucy Powell gets especially hot under the collar.

I hope this is true.

I was disappointed, and surprised, by City’s involvement because our owners are much more committed to the Club’s fans, history and institutional culture, than, say, some of the American owners of other clubs. https://t.co/ungOWAwf7h
— Lucy Powell MP (@LucyMPowell) April 20, 2021

We will not be participating in the European Super League.#MUFC
— Manchester United (@ManUtd) April 20, 2021

Manchester United also decide to withdraw, after offering Edward Woodward up as sacrifice to the Football Gods.

Nicky Butt also resigns from United, but he looks rather more delighted about the prospect.

Going to bed knowing the power of football is still with the people and we can do it again. pic.twitter.com/dZnez8R80E
— Carl Anka (@Ankaman616) April 20, 2021 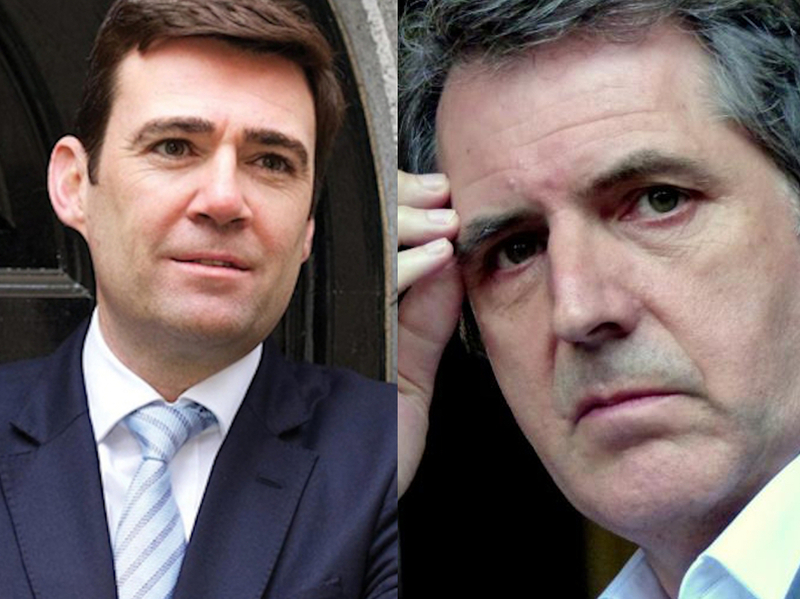 Meanwhile, in politics-land, Metro mayors and actual blokes Andy Burnham and Steve Rotheram have banded together to put pressure on the Government to sort this mess out.

Their five calls are:

3) To enact legislation that requires vendors to make shares available on a first refusal basis to recognised, democratically-controlled supporters’ trusts

You can find out more at reclaimourgame.com and sign a letter of support for the proposals.