The Sunday Roast Fondue at Bock

Feast your eyes on this bubbling vat of bourguignon gravy

BOCK has come up with a genius (and we don't use that word lightly) take on the Sunday Lunch, centred on a bubbling fondue of bourguignon gravy.

But before we get onto that cauldron of thick, meaty goodness, we'd like to introduce you to one of the best mash-up food creations we've tried in some time: The Yorkshire Pudding Waffle.

Found only at Bock (as far as we know) it's a Yorkshire pud, but in waffle form, and it's so rippable and dippable and all-round tasty, it'll make you forget about the rest of your food for five minutes at least.

When you do float back down to Earth, here's what else is waiting for you in this monster Sunday feast.

The meat is an eight-hour cooked beef brisket that's so soft you don't even need a knife. Dip it in  that gravy and you'll be in Sunday dinner heaven.

There's also a generous serving of roast veggies such as potatoes, courgettes, mushrooms and the like (Bock is a Belgian restaurant so the food has elements of French cuisine to it).

You get all this for just £25. It's designed as a sharer for two to four people. It's served from 4pm every Sunday. A veggie option is also available.

The Christmas Dinner Fondue at Bock

What's more, they're doing a Christmas version of the fondue dinner at £27 per person for three courses and a glass of fizz.

The main is turkey with stuffing balls, pigs in blankets, roast potatoes, seasonal veg, Yorkshire pudding style waffles – and of course, a cauldron of lava gravy to dip it all in.

Tempted? Book now for Christmas (and why not go for the fondue roast this Sunday, too?) 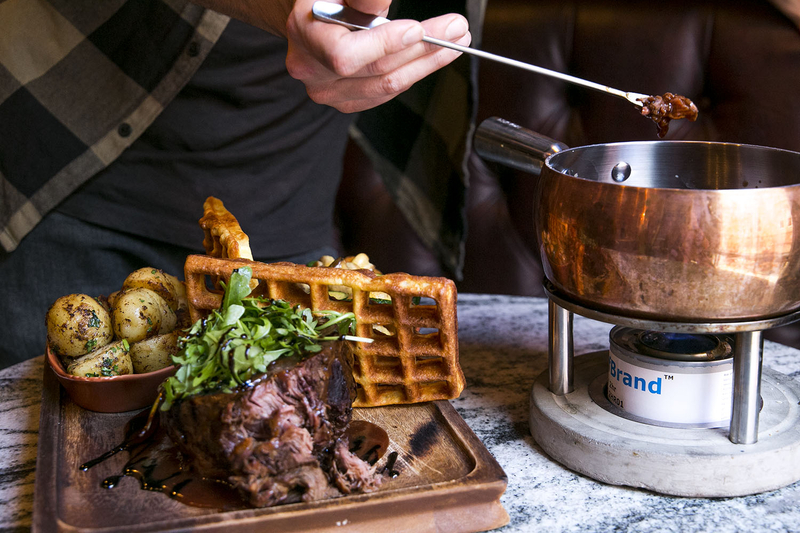 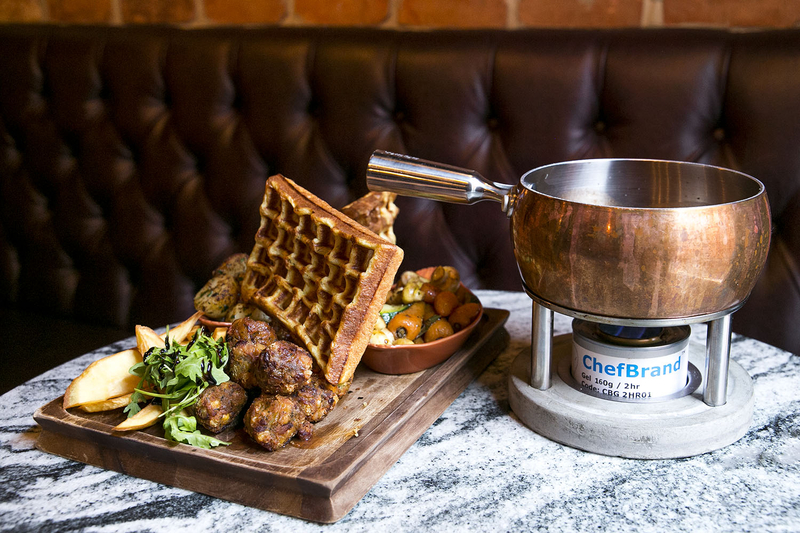 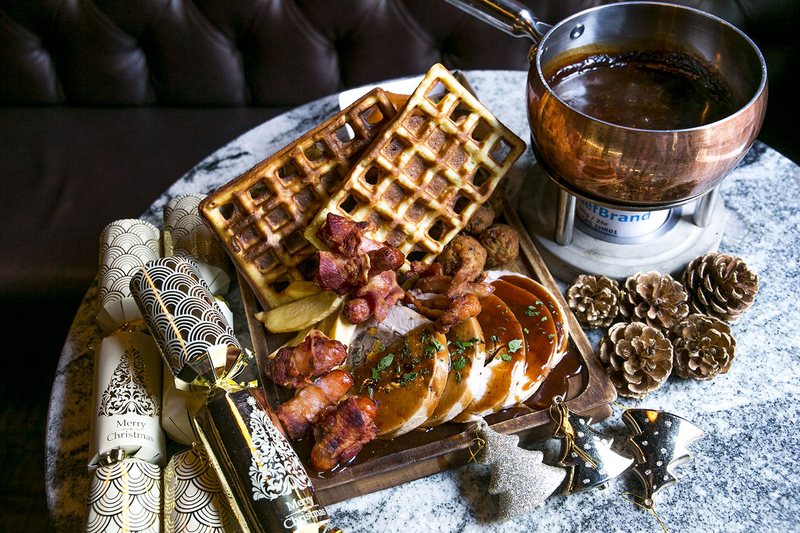 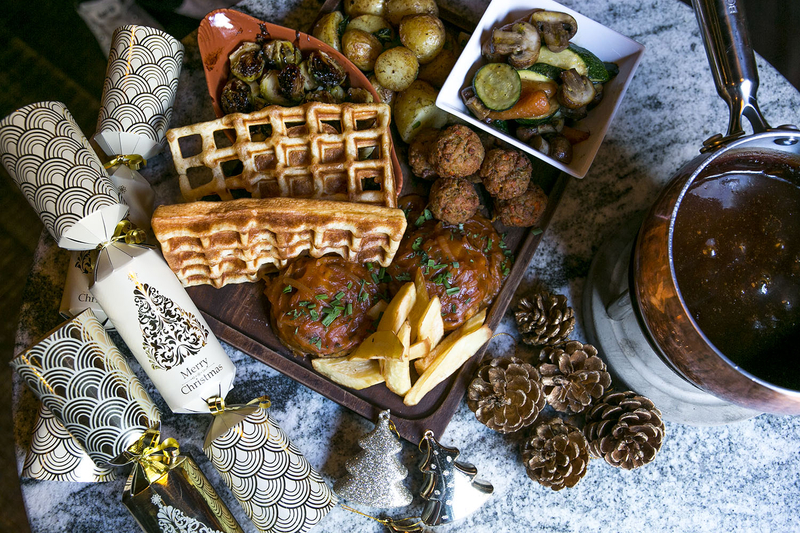 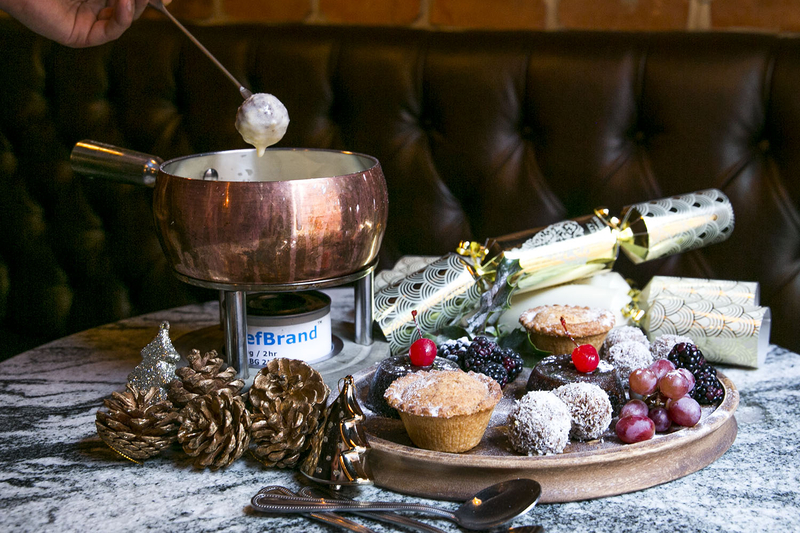