THE NHS is on its knees. Each day new stories emerge of a health service at breaking point; hospitals are overcrowded, patients are sleeping in corridors, ambulances are being turned away. Even the Red Cross has warned of a ‘humanitarian crisis’, as the organisation steps in to assist A&E departments across the country. All the while the government rejects the claims, lays blame on GPs and has even taken steps to redefine the four hour target.

Last year almost 6000 people waited for more than twelve hours in hospitals ran by The Pennine Acute Hospitals Trust, which manages hospitals in North Manchester, Bury, Rochdale and Oldham - an increase of 3000% since 2011. Elsewhere, reports filter through of Manchester ambulance crews stuck in queues for up to ten hours.

Here Confidential publishes the frank and troubling diary of a 30-year-old Manchester A&E doctor on the brink.

7pm When I arrive on shift there’s nearly 60 patients waiting to see a doctor and over 100 patients in the A&E department. The waiting room is fit to burst so we’re having to find extra chairs to put in the corridors.

7.15pm Patients are now being treated in the corridors alongside those waiting to be seen. It’s a seven hour wait to see a doctor, and that’s after the initial wait to be triaged. The first patient I see has been there nearly six hours but only requires antibiotics for a simple infection. Regardless, we still need to write out the prescription, complete their notes and issue a discharge letter.

7.30pm Nurses are supposed to be changing over to the night team and heading home, however, many stay because there are so many desperately sick patients in the department needing urgent care.

The patient I’m discharging asks to go to the toilet. She’s needed it for over an hour but staff have simply been too busy to take her. I quietly ask the patient whether either of the two family members waiting for her could assist, implying that this would have been the case had she been at home. Outraged, she insists that she needs a nurse to go to the toilet, so waits until a very senior nurse has finished her handover to wheel her to the toilet – relatives watching - where she hoiks herself out of the wheelchair and into the toilet. Emerging, she drops herself back into the wheelchair to be wheeled back to her family. Flabbergasted doesn’t do it justice. 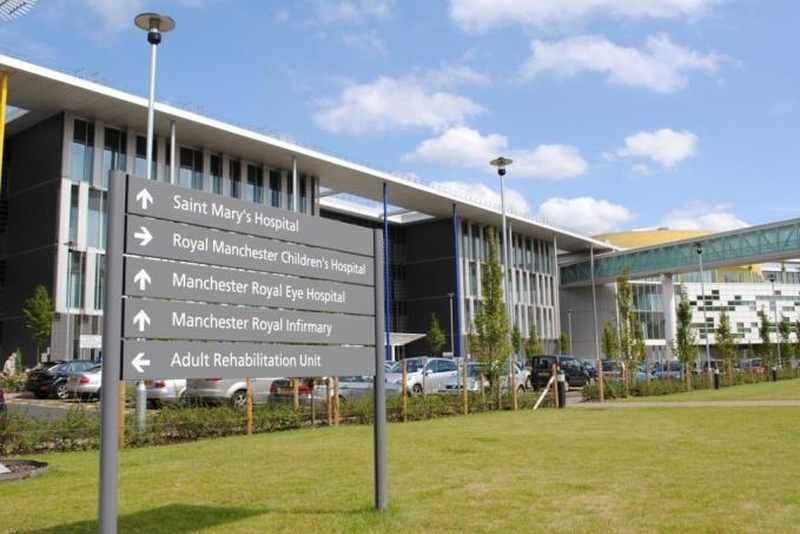 8.15pm I see a patient who has come in with a suspected clot in their leg. Although it seems unlikely, I still manage to book them in for a scan the very next morning. Amazing. I return to relay the good news to the patient, who asks whether we can do any later because they don’t usually get up that early in the morning. Wow!

9pm The hospital is full and there are no longer enough cubicles to see new patients coming into A&E, this means those in A&E who need admitting to hospital have nowhere to go… they are literally stuck here. Somewhere in the hospital (we’ve no idea where) beds are being found and assembled in A&E so patients have somewhere to sleep - they aren’t going anywhere anytime soon.

9.30pm Patients who require regular medication have now been here beyond their next scheduled dose, meaning doctors and nurses who should be treating new patients are having to keep monitoring and treating those who have been here longer – THIS IS SO DANGEROUS.

10pm Intensive care and medical high dependency units are spilling over, meaning the very sick are having to remain in A&E where intensive care doctors are forced to carry out procedures.

10.30pm There are still 60 people waiting to be seen and the numbers streaming into A&E doesn’t show any sign of slowing. This is relentless. Hospital directors are here trying to improve patient ‘flow’ and any empty space which could conceivably become a ward is turned into one, even the discharge lounge.

11pm Again I am asked to help someone – who is stable and well enough to walk - to the toilet. I politely ask if one of the four relatives accompanying the patient could assist them. Again, outrage. How could I suggest such a thing?

11.15pm I try to get through some test requests and review a few results, but now people are approaching the work station complaining that they haven’t had anything to eat in hours. We put water out and there are shops and vending machines nearby, but people still expect us to feed them, as though we don’t have enough to deal with. I haven’t stopped for a sip of water in four hours myself.

12am Now drunk people begin to roll in, as does one person with a broken nail. This is no joke, we’ve had two this week alone. Another person wants a piercing taking out because they no longer like the look of it. Are you kidding? Meanwhile, people who are mentally unwell and desperately seeking help have to wait for hours, there’s nowhere else for them to go.

1.30am Nursing homes begin sending in elderly patients. They wait for hours but for little reason, most don’t need to be in hospital but now that it’s the middle of the night there is no way of getting them back to the care home. They’ll have to wait until morning for transport.

2am Disaster. Just when you think things can’t get any worse, a local hospital goes on ‘divert’. This means they’ve closed their doors to all new patients. This is serious. The decision to go on divert is not one taken lightly as hefty fines are incurred, but will be made when hospitals can no longer guarantee the safety of patients.

3am The knock-on effect of the divert means our A&E department is now receiving even more ambulances. There are now patients being examined in the middle of the resuscitation area, which is supposed to be reserved for those with life threatening conditions.

We’re exhausted and demoralised. We simply can’t provide the level of care we desperately want to provide, and still the complaints keep on coming thick and fast. The NHS is fucked… when will people realize?

So where lies the problem?

Cuts to social care funding mean there is nowhere for ‘medically fit’ people to go, throw in an increasingly aging population and hundreds of thousands of hospital beds are being blocked. There’s also a fundamental shortage of doctors and nurses, whilst the escalating problems within the NHS has led to a recruitment crisis (who in their right mind would currently want to enter this profession?). Meanwhile, we continue to ostracize hard-working health professionals from foreign countries who help to prop the whole thing up.

Theresa May has made numerous useless comments regarding the situation, first denying there is a crisis, then praising Health Secretary Jeremy Hunt who continues to be so desperately detached from reality it’s frankly laughable. Most recently she scapegoated GPs and threatened to cut funding to GP surgeries which don’t open seven days a week. Yes, of course, more cuts, that’s the answer. And where are the extra GPs going to come from? Thin air, presumably. What happened to that pre-election promise of 5000 extra GPs?

Last year’s ‘devo health’ agreement (which saw local authorities take control of the region’s £6bn health and social care budget) promised so much, but very few of us on the front line actually understand what it means. I’m not convinced those higher up do either. And how are we going to cope with a predicted £2bn funding gap over the next four years? We’re barely managing now.