How is our city shaping up as it wakes up post-pandemic?

THE past 18 months have been a real wild ride full of tiers, tantrums and turmoil. The hospitality industry has had to sit and watch as its world has almost crumbled around it, and for some businesses, COVID-19 has represented the end of the road.

We take a look at some of the Manchester restaurants, bars and cafes we have loved and lost during this rocky time, and some of the new businesses jumping in to fill the shoes of their predecessors. 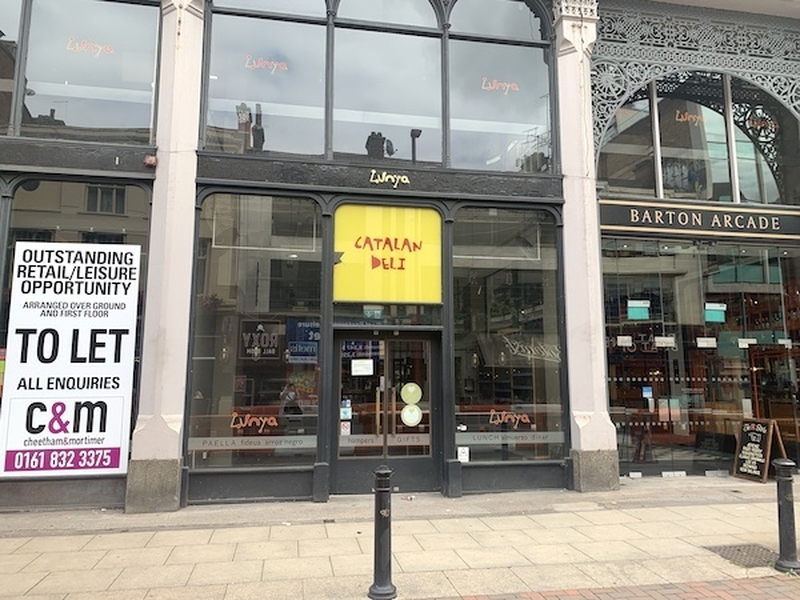 The Liverpool-born Spanish and Catalan deli, owned by Peter and Elaine Kinsella, announced that it would not be reopening its Manchester branch after COVID-19 restrictions were lifted. A statement on its website in June 2020 cited not only government restrictions, but high and un-negotiable business rates, as well as import issues around the Brexit referendum.

Lunya had a successful five years in Manchester, having been awarded the MEN City Life Restaurant of the Year in its first year, and appearing in the Good Food Guide consistently after its opening.

“We have been successful on so many levels and loved every minute of it,” the couple said in the statement. 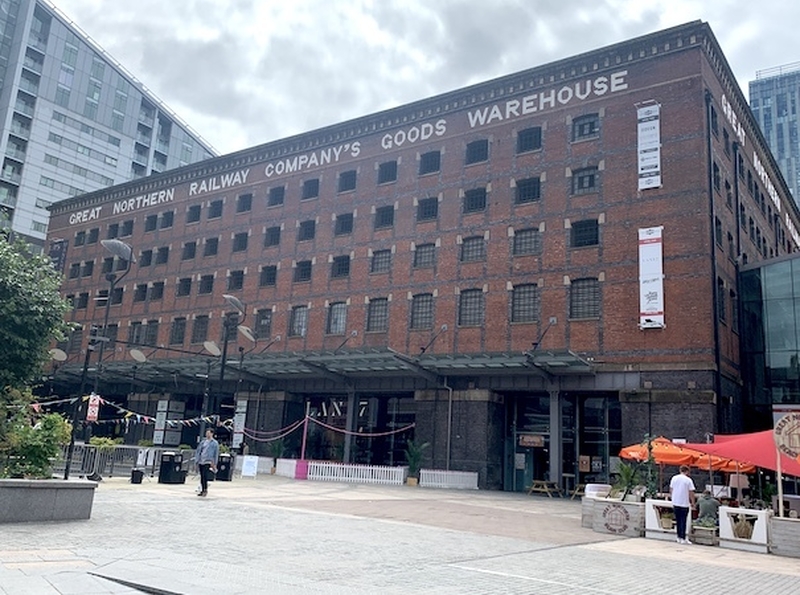 The all-American bowling alley, bar and dining venue struggled through tough safety restrictions throughout the early course of the year, opening for dining and cocktails only. But tighter rules and higher tiers meant that group outings just weren’t viable, forcing the London-based firm to make the tough decision to close its doors permanently.

It announced time on its Manchester lanes in a social media post in August 2020 which stated the team would be made redundant "with immediate effect."

Fast forward to May 2021 and Lane7, "the UK’s largest independent late-night boutique alley", swooped in to take over the site adding beer pong and American pool to the gaming offering. 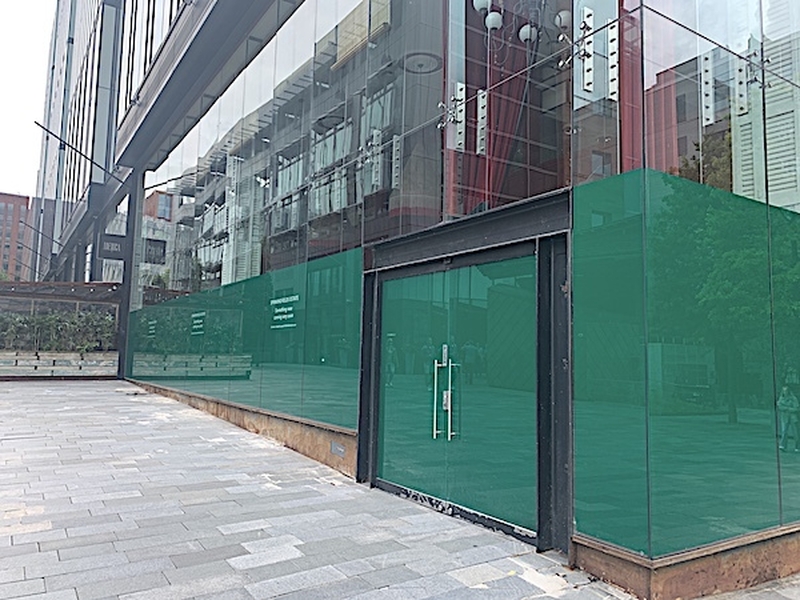 Iberica arrived in Spinningfields in 2014 in a whirlwind of charcuterie, cheese and Spanish olive oil with Michelin-starred head chef Nacho Manzano at its helm - proving to the Mancs that tapas could be about more than soggy patatas bravas and overcooked paella.

In October 2020 the upmarket Spanish chain, with surviving restaurants in Leeds and London, took the decision to restructure and close outlets in areas with the toughest COVID-19 measures. This put Manchester and Glasgow on the chopping block and the 200-cover space in Spinningfields is yet to be re-occupied. 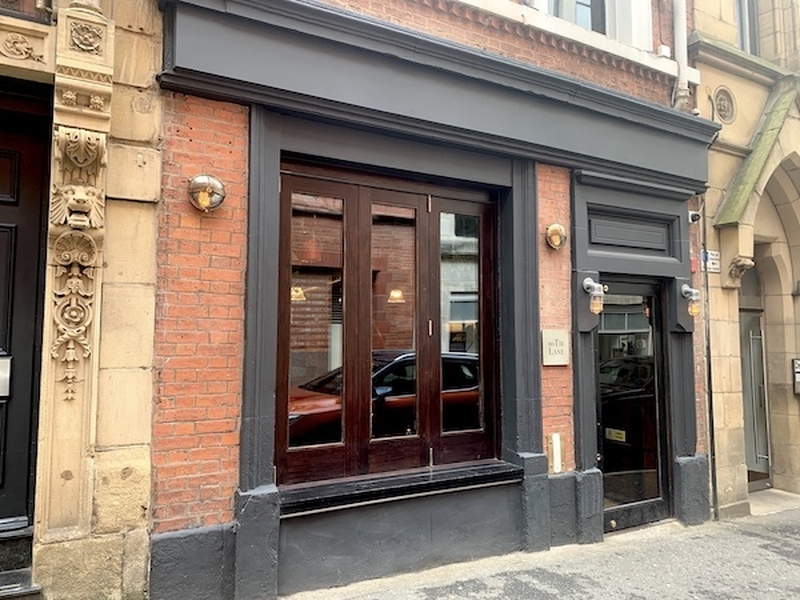 The Belgian-inspired beer cafe Bøck Bière, famed for its fondue and bubbling pots of Belgian beer gravy confirmed it was closing permanently in November 2020.

A resident of the city centre for four years, the cafe gained an almost cult following for its Sunday roast offerings and interesting takes on traditional fondue (Christmas dinner and pizza flavoured), as well as European beers as far as the eye could see. 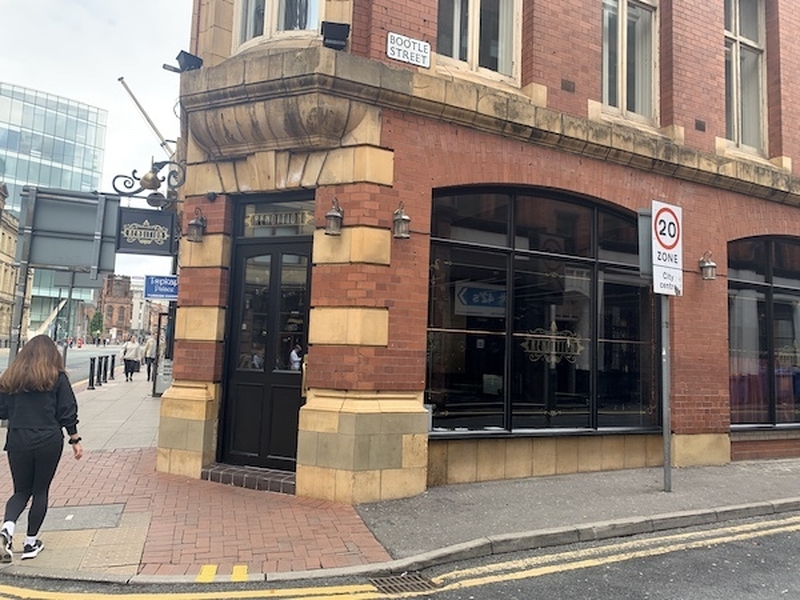 The Spanish restaurant run by Manchester United star Juan Mata’s dad opened in May 2016. After a period of trying to stay afloat with a delivery and collection service during lockdown, the popular Deansgate venue announced its closure in a post on social media in September 2020.

“Adios y gracias!” It read, “Unfortunately, and after 5 years of trying our best to bring Spain to you, through our food, drinks and service, our restaurant Tapeo and Wine will not be opening its doors anymore.”

The site is now home to Rendition, overseen by chef Arthur Potts Dawson, former head chef of The River Cafe in London. 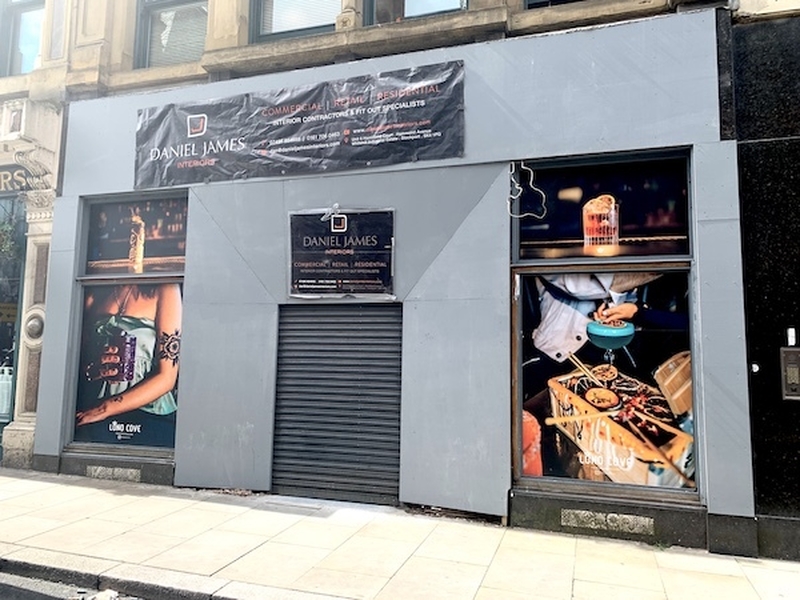 Two of the Northern Quarter’s most-loved venues said their farewells after over a decade on the corner of Thomas Street and High Street. The pizza and pasta restaurant Dough, known for its inclusive menu, hung a sign in the window sharing a poignant message during lockdown:

“We have survived floods, riots, Brexit, austerity and more [...] We will be back when this blows over, slinging gluten free, vegan and regular pizzas til your hearts content.”

It wasn’t meant to be, and in October its Instagram account @doughmcr was updated to read ‘PERMANENTLY CLOSED!’

“We’ve had a good run in the Northern Quarter and thank you to everyone who has visited us over the years.

The former home of Dough has now been filled by vegan pizza restaurant Purezza. The Brighton-based chain opened to fanfare in June with a host of awards already under its belt, including National Pizza of the Year and Best Vegan Restaurant in the UK at the World Pizza Championships.

"Contemporary tiki bar" Lono Cove will take over the former Apotheca site. Look out for seating pods, treasure chest sharing cocktails and more zombies than you can shake a bamboo stick at. 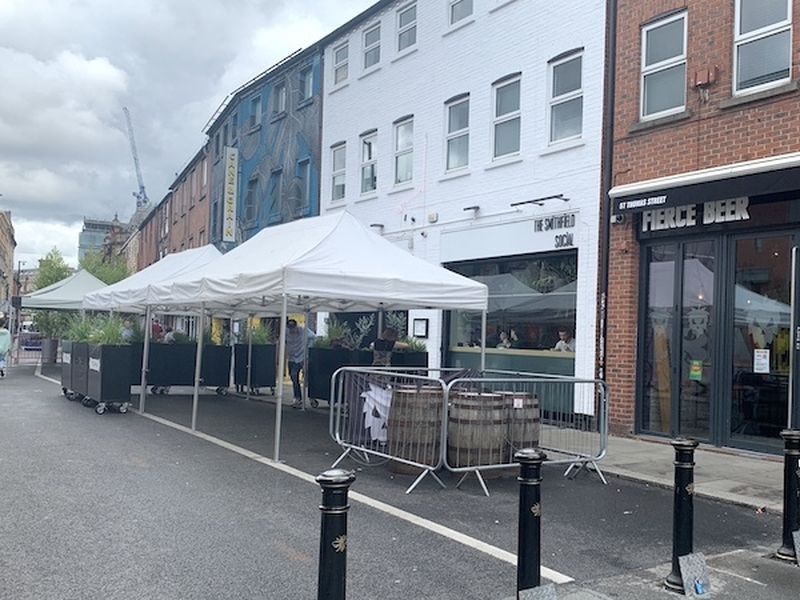 It’s perhaps an even more sombre affair when institutions seem to slip away in the night without a goodbye. This was sadly the case for Teacup Kitchen that just didn’t open again after the first lockdown after more than a decade on Thomas Street in the Northern Quarter.

Now in the hands of Anthony Fielden and Jobe Ferguson of TNQ restaurant who also have hands in Liars Club, Blackdog Ballroom, Cane & Grain and Crazy Pedro’s, the large cafe space has been transformed in to new brunch and cocktail spot The Smithfield Social. 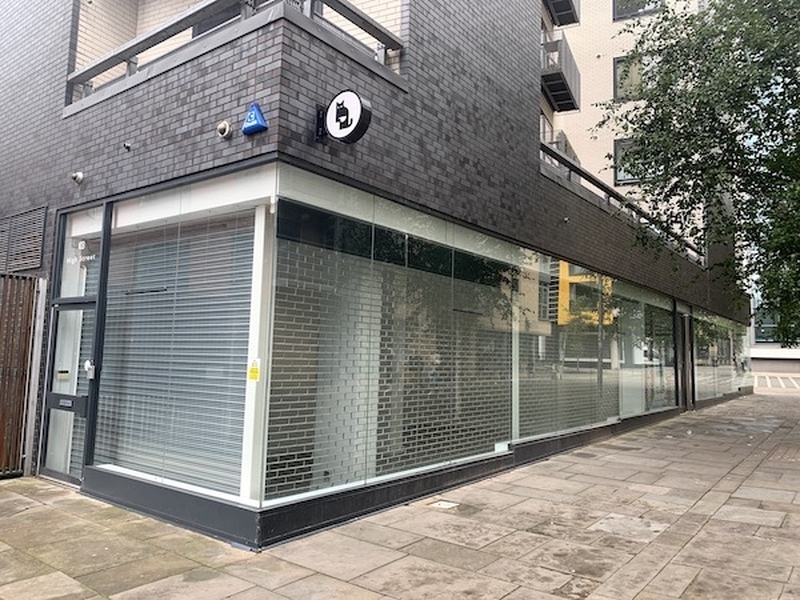 After the Cat Cafe announced its closure on Facebook in January, hundreds of people came forward offering to rehome its ten feline residents. With Go Fund Me pages set up to keep the business afloat and a heartfelt letter shared on the cafe’s website, legions of fans were left bereft with the news.

“We’d like to take this opportunity to celebrate the good that cat cafe has done within the community.

“Animal assisted therapy has always been at the heart of why Cat Cafe was started and the reason why it will be sorely missed by many.”

The site is now empty but owners Sarah and Ellie still hope to find a new shop for their coffee with cats concept, meanwhile, all the kitties are comfortable and settled in new homes. 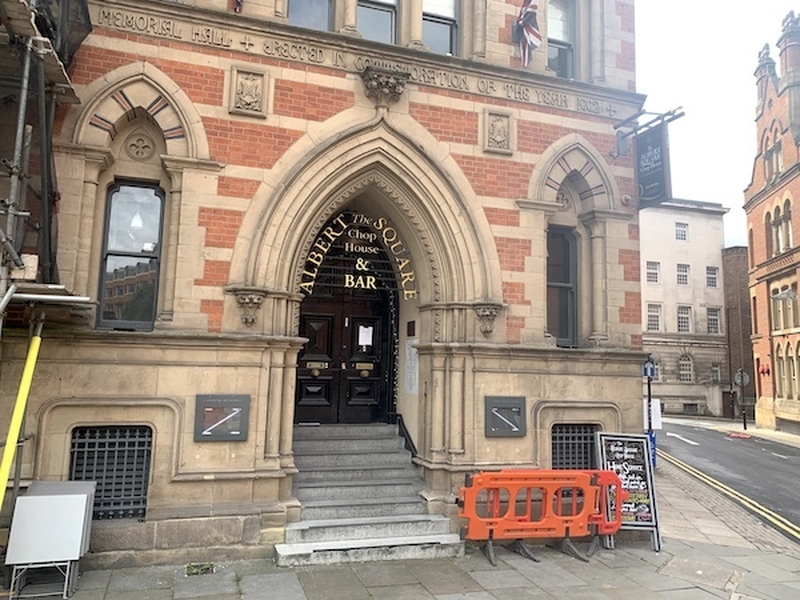 The Manchester-based and independently owned Chop House brand will still retain and operate Sam’s Chop House and Mr Thomas’s Chop House - that were established by chef Thomas Studd in the 1860s. But the third house in the dynasty has fallen to the London-based Metropolitan Pub Company, which promises premium gastropub dining and a "charming experience". 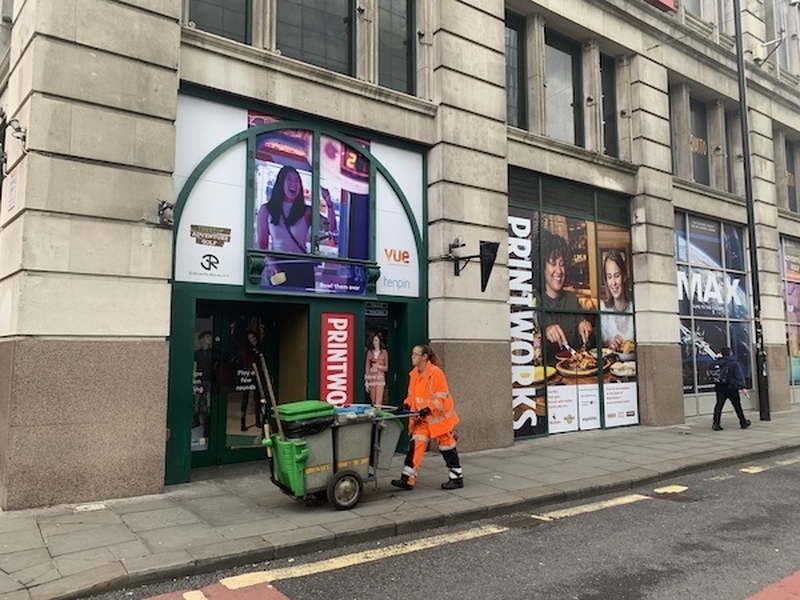 After over 18 years in Manchester, iconic Irish bar Waxy O’Connors shut up shop in March 2021. The massive venue was known for live music, gallons of Guinness and an ancient tree from Ireland that stood right in the centre.

With several bars spread over nine separate areas inside, Waxy O’Connors was a firm favourite with locals and tourists. Two other locations in Glasgow and London remain open. 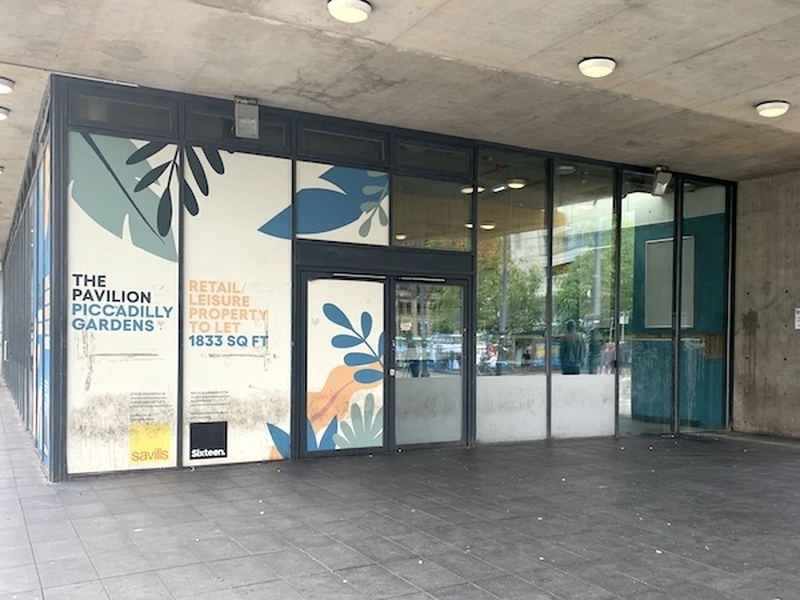 With a thriving portfolio of pan-Asian venues across Manchester, the Tampopo brand, co-owned by Yorkshireman David Fox, called time on its Piccadilly Gardens site after just two years.

The area has a notoriously difficult history with staff frequently having to deal with crime, drugs and anti-social behaviour.

“My team will not miss this.” Fox commented, going on to say that rent negotiations with the site’s landlord faltered earlier in the year, with Legal & General seeking full payment of rent and service charges, including for the period it was forced to close during the pandemic. 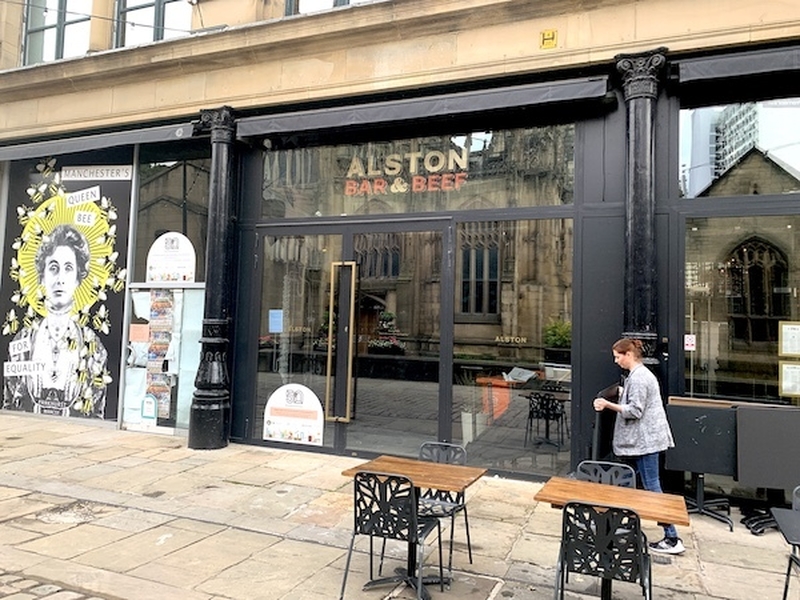 On June 29 2020, staff at steak and gin restaurant Alston Bar & Beef received the dreaded phone call telling them that the venue would be permanently closing. Confidentials reported that the Manchester venue, which was the first English branch of the brand, would close its doors after three years in the city.

Famous for serving 35-day dry-aged, Scottish beef and their own house gin, Alston Bar and Beef was operated by London group Glendola Leisure that also looked after Waxy O’Connor’s.

When one door closes...

The ‘pub that Manchester built’, The Pilcrow that was operated by Common&Co reopened as Sadler’s Cat, the first city-centre site from Cloudwater Brew at the end of July.

The Northern Quarter said goodbye to Walrus and Tusk, closing just five years after a £500,000 refurb. New bar and restaurant The Man With the Fish moved in during July, serving up chicken wings, dirty dogs, beers and cocktails.

Zizzi closed its Spinningfields site a few years ago but didn’t reopen the King Street restaurant after the first lockdown. L’antica Pizzeria Da Michele will take over in the same spot, bringing with it award-winning pizza hailing from Naples.

London coffee and bar concept Over Under was short lived on Deansgate, with Dunkin’ Donuts swooping into the small shop in February.