Which Manchester postcodes are most likely to see an increase in house prices?

Looking to buy or sell this year? Manchester's strongest property markets might just surprise you...

Where are house prices going up this year? Obvious Altrincham? Predictable Didsbury? In fact, Dukinfield in Tameside has topped the list of areas most likely to increase in house price this year, according to The Advisory, a dedicated independent consumer advice group for home sellers.

High Peak is second on the list of strong performers. Straddling Derbyshire and Cheshire, it is popular with those searching for a simpler life with easier access to the countryside.

The M22 postcode, which covers parts of Wythenshawe and Northenden, is the first Manchester City Council postcode to make the list. It benefits from proximity to large employers such as Wythenshawe Hospital and Manchester Airport and from good transport links.

The Advisory has identified which are the strongest property markets by analysing the performance of 28,635 property sales across Manchester. Because buyer demand (relative to the available stock of properties) is a primary driver of house prices rising or falling, there is a strong correlation in weak markets between falls in buyer demand leading to a fall in house prices. So, it’s not just about posh postcodes but where people want and need to live.

The Greater Manchester property market has been seen as relatively buoyant compared to that of London, and it is predicted that the recently announced Local Industrial Strategy will keep interest in the area high.

Cheetham Hill, Burnage, Reddish, Hulme, Droylesden and Hazel Grove all fall within the postcodes that feature in the top ten. Didsbury appears at 21 and Altrincham is not in the top 50.

Conversely, the city centre postcodes of M2 and M3 are predicted to be the most likely to experience prices drops, as well as the O11 postcode in Rochdale.

Gavin Brazg, The Advisory Founder and CEO, commented: “There are numerous factors that can lead to house price drops which are usually symptomatic of each other. When buyer demand in a particular area consistently drops or houses are left on the market for too long (usually because of the decrease in demand), homeowners will often be advised to lower their house price (or their expectations) in order to make a sale. This marks the perfect time for buyers to swoop in knowing they have the upper hand in negotiations and bag themselves a bargain.

"When selling in a falling market, the longer you sit on the market the less you’re likely to sell for. The best way for sellers to strengthen their position in a falling market is to price conservatively from the start and choose a local, trusted estate agent who truly knows the market and how best to position your home within it for a fast sale."

The following ten postcodes are expected to see house prices rise in the next few months, meaning any buyers currently on the fence about buying in the area should get their offers in as soon as possible.

..and the top three postcodes most likely to experience price DROPS

Don’t miss your final chance to invest in Crown Street

Property roundup – hotel boom, problem sites and building of the month
What you say
Read Next
● / Property 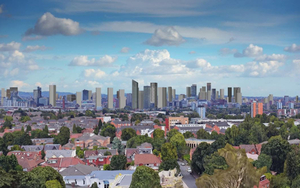 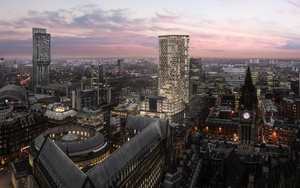 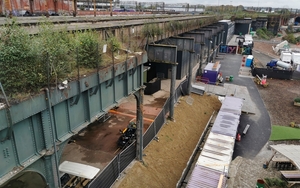 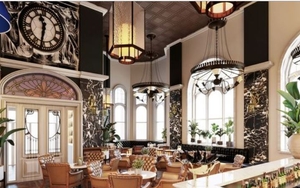