The Jolly Angler, Ducie Street. Another Manchester pub sold and to close

But with a bit of effort, could this classic old pub be still saved?

The Jolly Angler is to close after Christmas 2020. This place defined the hidden away pub, lost in the streets between Piccadilly Station and Great Ancoats Street. Now it’s been sold.

It’s a proper old Ancoats pub that would have, once upon a time, been on a street of terraced houses amidst workshops. It’s a cute place, just a couple of rooms, with a bit of architectural fancy in its Ducie Street lower façade. The opening times have been as hidden away as its location, lost somewhere between Monday and Saturday. It often seemed potluck to find it open.

It's right to be sentimental about the loss of old pubs

Yet when it has been open, it's been a great experience; friendly, a laugh and with a real fire too. There have been occasional folk nights - often with a definite Irish accent. It's always very jolly although I can’t remember many anglers being in, not that I asked.

The owners were one of the big Greater Manchester four trad brewers, Hydes (with the others being Robinsons, Holt and the oldest of all, Lees.) We’ve asked Hydes for an interview and are awaiting a response but this site and the older, often it must be said, hideous surrounding buildings, have been surrounded by Manchester city centre’s expansion.

This area is ripe for development and thus the site of the Jolly Angler and those around have been plucked. Whether this is Hydes cashing in we’ll have to wait and see when they come back to us. Maybe it’s anything but, but we'd like to know.

The fate of the Star & Garter, Fairfield Street, is informative. There were concerns that the pub/live music venue would be torn down for another block of apartments.

As we wrote back in January: 'Those worries can now be laid to rest. Mayfield Partnership, the public-private organisation, has bought the freehold of the premises. This is excellent news as now the handsome building will continue to give historical context to the area around. What’s equally good news is the partnership is ‘committed to ensure the Star & Garter remains a thriving part Manchester’s world famous music scene'.’

That’s the thing about pubs, they are a mirror to the life of a city, even when they have gone through a quiet period. The Jolly Angler has witnessed more than a century and a half of city life and, as more and more people come back to the area, just as with any city centre pub, it could return to full vigour. Just think of the store of collective human memory its four walls retain. It's right to be sentimental about the loss of old pubs.

Any developer would be considered a good developer and gain a feather in their cap if the Jolly Angler could be jolly well preserved, done up a little, and turned into an asset rather than asset-stripped. If Mayfield Partnership, with its lead developer U+I, have the imagination to retain the Star & Garter then surely the developer might show similar intent. Why not add context and retain variety of the built environment? That variety makes older cities so much more visually stimulating than some sort of rancid Dubai or, in Manchester, The Green Quarter.

‘When you have lost your inns, drown your empty selves, for you will have lost the last of England,’ writer Hilaire Belloc famously said. The Jolly Anchor site is out of the way for now but the pub is a little gem. Perhaps we can collectively start a campaign to save it; after all, the campaign to save the Sir Ralph Abercromby on Bootle Street proved successful when it was condemned to death in the presently stalled St Michael’s scheme. Probably worth a try.

Either way make sure you visit before Christmas and enjoy the bonhomie of this throwback classic boozer.

Also read: Bovril on draft and topless barmaids: What Manchester pubs were like in 1975

'Not one note is out of tune' - Tine @ Blossom Street Social, Ancoats, reviewed
● / News

Ten new bar and restaurant openings for autumn and beyond
● / Drink 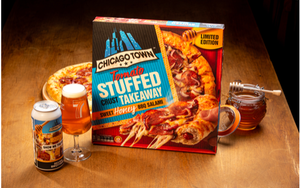 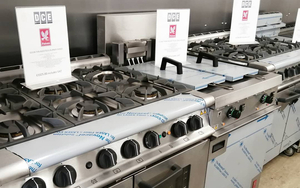