THE International Cheese Awards return to Dorfold Park in Nantwich this month on Tuesday 28, Wednesday 29 July.

There are more than 100 exhibitors confirmed – so last year’s 80,000 sq ft cheese marquee has expanded by 5 metres

The ICA is the largest cheese show in the world and last year attracted 4,443 entries from all over the world, with Colston Bassett Dairy crowned Supreme Champion for its Whole Blue Stilton. This year the entries have been coming in right up to the very last moment – at time of writing, they stand at a record of 4,605, with dairy produce entered from the smallest independent producers up to the giants of the cheese world.

Judging takes place on Tuesday July 28, when around 200 cheese judges (including Debbie Halls-Evans, winner of Channel 4’s The Taste, chef Andrew Nutter and Manchester Confidential’s Gordo) will sample all the entries before the winners of each category are announced towards the end of the day. This is also a chance for members of the dairy trade to sample a range of produce and catch up with each other over lunch, when over 1,100 people will sit down to a four course meal and welcome new members of the Guilde Internationale des Fromagers during their inauguration ceremony.

On Wednesday 29 July, the event opens to the public. This year there are more than 100 exhibitors confirmed – so last year’s 80,000 sq ft cheese marquee has expanded by 5 metres. There will be plenty of cheese available to sample and buy.

The chef demonstrations are a highlight of Show Day at the International Cheese Awards, and this year will see James Martin, Will Holland, Jonathan Harrison and Sean Wilson performing throughout the day in the Le Gruyere Cookery Theatre on Wednesday 29 July. James will be familiar to everyone from BBC1’s Saturday Kitchen, whilst Sean has made the move from the cobbles of Coronation Street to the life of a successful cheese maker with the award-winning Saddleworth Cheese Company. Will was awarded a Michelin star in 2009 at the age of just 29 and was the central region champion on the BBC’s Great British Menu, whilst Jonathan is chef patron of the beautiful 17th century Sandpiper in Leyburn, Yorkshire Life Dining Pub of the Year.

Tickets at £5 can be purchased for the James Martin demonstrations, which will give you a reserved seat - all other performances will be free of charge. Show admission tickets in advance are adults at £15, senior citizens at £10, juniors (5-16 years old) at £5 and Family Tickets (2 Adults & 2 Children) at £35. Prices on the gate will be slightly higher. The show attracted 36,000 visitors in 2012. 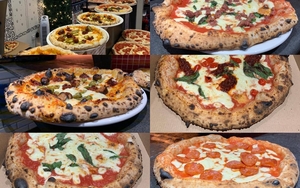 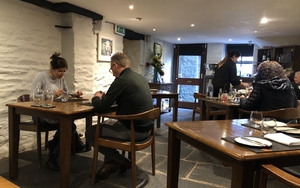