'A chippie like no other' - The Hip Hop Chip Shop, Ancoats, reviewed

THE ‘Backstop Chip Shop’ has a certain ring to it. Now we’re all deep in the steaming stale fat of Brexit and feeling frazzled. Still grand to see the EU, despite bigger fish to fry, is not abandoning that minnow member, the Irish.

Maybe not in crispy batter, but I’m all for minnows – folk like our plucky street food heroes, a confederacy of many talents, ultimately seeking a roof over their beanie-hatted heads. Step forward the latest gang to achieve this – The Hip Hop Chip Shop, making the freshest splash in the Ancoats Projects, itself rated 13th in the 50 Coolest ‘Hoods in the World’ bucket list.

So what to make of a savvy chippie tapping into hip hop heritage? I’m uniquely unqualified, my only affiliation to the genre being a scratched DVD of 1996 movie spoof Don't Be a Menace to South Central While Drinking your Juice in the Hood.

First things first, location, location. The Hip Hop chippie is in the Sawmill Court development sandwiched between ‘special occasion with guaranteed reindeer moss’ Mana and Sugo Pasta Kitchen (chew! – this is what al dente is like in Puglia). You can’t miss it, the windows festooned with large faux book spines lauding the likes of Wu-Tan Clan, Nas and House of Pain. Inside, the narrow, determinedly lo-fi canteen space offering 35 covers at a squeeze, racks up the memorabilia count, extending even to a pair of superannuated boomboxes behind the bar.

This echoes the trailer converted to look like a boombox when the Hip Hop Chip Shop took to the road. Founder Jonathan ‘Ozzie’ Oswald had kicked off the business as a multi-punning comedy website with pretend hip hop articles. The name is testimony to both his love of the scene and his advertising background. Then it became a case of the tale wagging the cod. Chef Luke Stocks came on board as co-owner with Ozzie and his wife Holly and the deep-frying commenced.

Along the way I can never recall a bad Feastie Boys - their signature dish. Sampled at their regular Media City gig or during residencies at Kosmonaut and Hatch, Luke’s beer batter and frying skills never faltered.

His kitchen in the smart new premises is not much bigger than the van but, with a track record that includes 2017 Best Mobile Fish & Chip Operator at the National Fish & Chip Awards and Street Food Trader of the Year at the Manchester Food and Drink Awards, there’s more pressure to deliver. He delivers.

Feastie Boys (main image) needs no tweaking. Battered biters and chunky skin-on chips, accompanied by tiny tubs of tartare sauce and mushy peas for a tenner. Washed down with a pint of perfectly paired ‘High Wire’ Grapefruit IPA (£4.90) from Huddersfield’s Magic Rock – like our own Cloudwater, once again named in RateBeer’s Top 50 Breweries in the World.

There isn’t a Top 50 Best Battered Plantains but surely HHCS’s would be a contender. On a second visit (I can only take so much deep frying at one go, even of this quality) I sacrificed those benchmark fluffy potato fries by ordering another star in the Hip Hop firmament - DJ Kool Jerk (£9.50) comes with those plantains.

It has been on the menu from the early days, spicing up battered coley biters and adding an eye-watering tracklement of scotch bonnet pickle, pepper and lime mayo. Those plantains, though, were the tastiest element on the plate.

I was less impressed by a side of a muddy in the mouth Louisiana Spiced Crabcake (£4.50) with a red cabbage slaw and a pile of battered gherkins (£3) glistening with fat, was just ‘pass the statins’ overload.

I decided against topping up with a Meat Junkie Butty (chilli batter sausage, wrapped in bacon and curry sauce). Yes, they do meat – and vegan too (Tofu-Schnickens is a chipotle and cayenne spiced tofu wrap) served with a large helping of social responsibility and sustainability. All takeaway packaging and cutlery is recyclable or compostable and the team are working towards becoming a zero waste restaurant.

They also work regularly with homeless charities The Mustard Tree, Not Just Soup and Foodinate – providing donations and free meals for the homeless and poverty-stricken. A whole new definition of street food in difficult times. We wish the industry's big fish would follow suit. 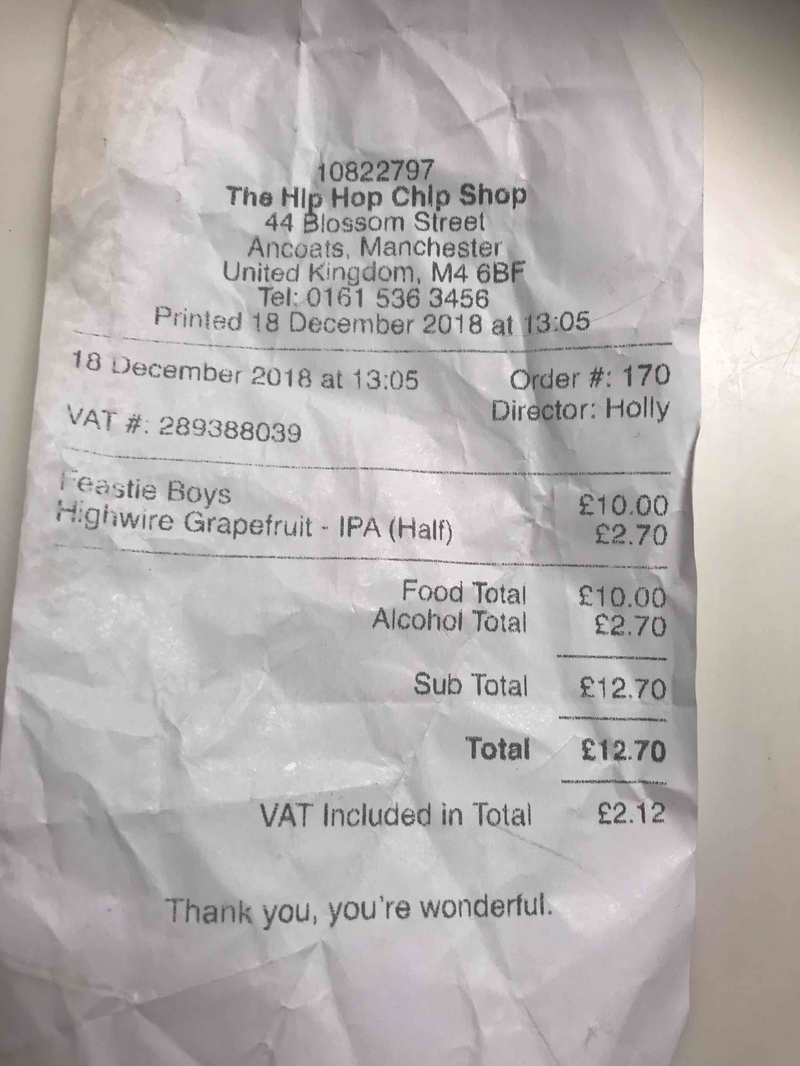 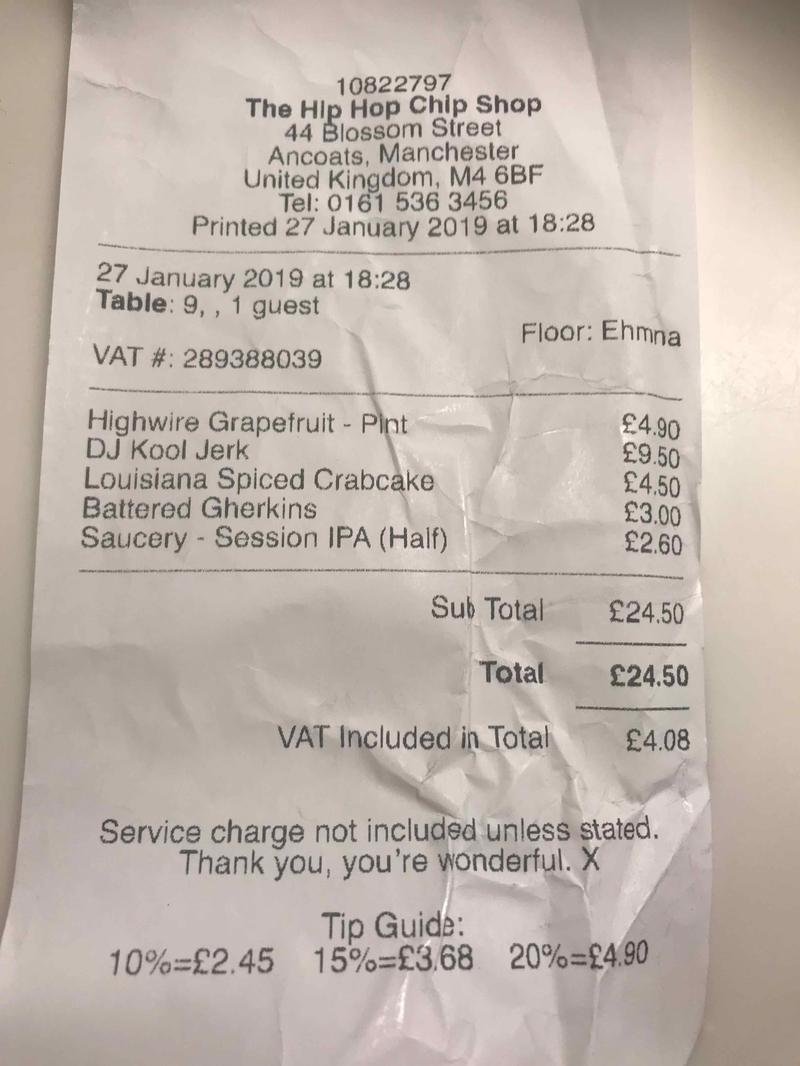