‘For people who like to argue about food’ - Mana, Ancoats, reviewed

I can’t lie. I wasn’t exactly enthusiastic about eating in a new ‘wild dining restaurant’ serving reindeer moss. The rest of the inaugural ‘Fall menu’, released on Mana’s Instagram, sounded more like a range of Nordic air fresheners than actual food; autumn bark, kelp fudge, desiccated spruce, birch syrup. I was wondering whether to eat before I went.

We’d booked a table for the opening night and were planning on visiting again for the review, as it’s only fair to give new restaurants a bedding in period. But there was such a steady confidence emanating from the team, I suspect even though the dishes will naturally evolve, the experience would be pretty much the same a week or two later.

It’s the kind of place that quietly refolds your napkin when you nip off to the loo, but still claims informality. Chefs and front of house team take turns to deliver each of the twelve or so courses with an explanation. Questions were answered confidently. Staff training must have been intense. Our waiter even told us he’d tried every single one of the two dozen wines on the comprehensive list, “but not tonight, obviously.”

Tables face the kitchen because food uncompromisingly takes centre stage. In the two or three hours we were there, we barely talked about anything else. Only rarely did we agree on how we felt about any of the dishes. But for people who enjoy nothing more than heated debate about dinner, this is all part of the fun.

The first course was an apple in a bowl of crushed ice (obviously it was much more complicated than that). ‘First apple of the season’ contained no less than seven different apple components from perfectly turned balls to sweet black fermented apple juice. We argued about whether or not to eat the whole apple or just the inside (the editor went all in. I did not). It was a fresh, sweet palate cleanser that managed to restore our taste buds to factory settings.

'Early autumn bark and fresh juniper' was a boat-shaped malted flat bread cracker, filled with juniper infused cream, topped with nasturtium leaves and sprinkled with spruce powder (think Shake n Vac). They were served nestled among a plate of crisp brown leaves, real forest floor ones, not for eating. If green is not your scene, stay away, because this lot get through more leaves in one night than you’d find on a Sri-Lankan tea plantation.

The reindeer moss (“please don’t eat the pebbles”) was a cross between sheep feed, a new health craze and a practical joke. It was vastly improved by a dip in smoked cured egg yolk, but took some hardy chewing. I’m glad I’d brought a pack of toothpicks with me.

Chef patron Simon Martin (who cut his teeth at René Redzepi’s Noma - four time Best Restaurant in the World winner) brought the scallops over himself – “just caught, probably still alive”. He went on to describe them being glazed with cucumber ‘fudge’, dotted with English wasabi and surrounded by a sea of mussel and sorrel sauce. Divisive again. Gordo gave it a ten, but I found it a bit wishy-washy.

‘Biodynamic radish’ was a lesson in taking pleasure from simple things. We were told to eat the leaves first and dip everything into the pot of kelp ‘fudge’ - rich and comforting, like the melted butter that pools into the bottom of a beautifully overcooked baked potato. The radish was crunchy, but a punchy French variety might have added a bit more to it.

Yakitori eel glazed in roasted yeast was intense. It came on a skewer and was described by the editor as ‘a fishy rib umami bomb.’ It was a one-dimensional, full flavoured smack round the chops. You wouldn’t need two. Edible respite came from the infinitely lighter next course - milk curds with walnuts and a sauce made from fermented cep, which we all gave the thumbs up.

Charred brassicas seasoned with a paste of dehydrated scallops and beeswax caused a gender divide. The blokes mainly wondered why they were chewing through burnt cruciferous vegetation, but it’s the same principal as the Chinese seaweed that comes with your takeaway prawn toasts, so a tried and tested combination.

The next course was bread and butter - actually 48-hour sourdough with cultured butter from Sweden. Pollen, Campanio and Trove are already battling it out in Ancoats to bake the best bread in Manchester but Mana’s might be the one to beat.

Grilled hen of the woods (it’s a mushroom) and pumpkin seed sauce was another umami injection. Very autumnal. Very enjoyable.

Next was the 'main course', which we were beginning to wonder if we’d ever get to. More cabbage leaves of course, but this time as taco shells to wrap around wild duck breast (cured for three days in fermented rice – every ingredient has a back story) and lots of little sharing dishes; a beautifully sharp plum sauce, pickled mushrooms and seaweed, intense kelp salt and crispy shards of duck skin.

Let’s call pre-dessert Frankenstein, because it was an experiment that went a bit wrong. Parsnip cake (let me stop you there) sheep’s milk yoghurt (sour) with birch syrup and birch leaves (that really is enough with the leaves now, thank you.) That was the only real dud, but it should be off the menu by now.

This was redeemed by the brave simplicity of the final course: ‘chocolate on toast.’ A slice of magnificent buttery croissant/brioche loaf spread with high quality melted milk chocolate. That’s the dish I woke up thinking about the next morning.

Mostly, the evening (and the food) turned out much better than I thought. Some things took a bit of getting used to, some were surprisingly good and there were only one or two elements that I would happily never eat again. That’s what you get on a culinary adventure, led by an unconventional chef trying to break new ground.

Mana’s ‘informal’ wild dining experience is one I’d definitely recommend, but with concerns. The kitchen possesses undeniable skill, but this type of £95 culinary adventure must have quite limited appeal. Will there be enough demand in Manchester's notoriously tough marketplace for this kind of no choice, multi-course dining experience? And is it one that those diners will return for? Let's hope so. 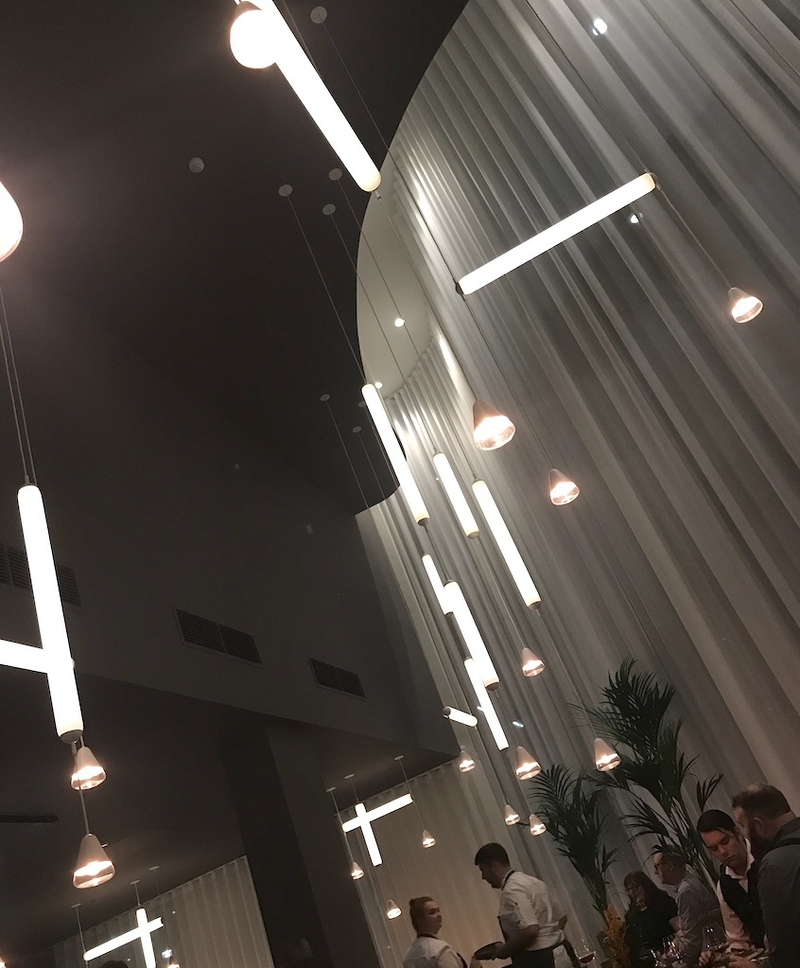 A word about Mana from Gordo:

It’s a buzz, from a well laid out space, one third open kitchen and two thirds dining tables, with music the guys were happy to turn down on request. A modern Scandi vibe with seats that looked high design but were actually comfortable.

Chef Simon Martin could have been a movie star in the thirties, swashbuckling with Errol Flynn with a deep, booming voice that could strike fear into the ranks and melt the hearts of maidens.

'First apple of the season' was as good as it gets; that good being really, really good. In fact it got a ten out of ten from Gordo. With eleven courses to go, it was crisp, clean, seven shades of apple that gave your mouth a good flushing out, banishing the toxins hanging around after a Deliveroo from a chicken shack earlier in the day. Terrific eel dish and the scallops gave Fatty a tickle - another ten. The wine is top, with only a couple of orange (lazy wanker) fart wines evident. And good value too. Maybe they need a little more age, and they should print the vintages.

All in all, this reviewer went out smiling.

As the dishes divided opinion, the scores below are an average:

Spicy specials to ward off the autumn chill at Vapiano

Spicy specials to ward off the autumn chill at Vapiano
● / Pubs

Bitesize food and drink news – Week 42 – October 2020
What you say
Got an account? Login, to comment/rant.
0 Opinions
Read Next
● / Shops/Markets 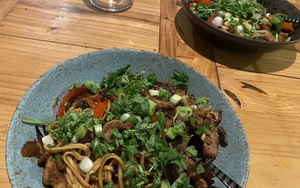 Weekly recipe boxes from HelloFresh to the rescue 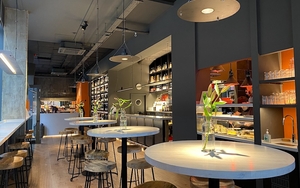 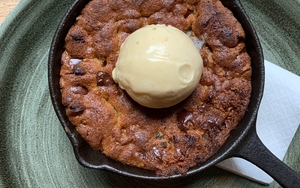