The Deansgate pub is covered in metal. It seems to have steeled itself against an uncertain future. So what will its fate be?

The pub closed, as did the UK, in March 2020 and as with so many businesses never reopened. It was a convivial place before the lingering death of the pandemic months, a million miles from hipster, filled with a mixed age group of people who probably got a taxi across town later in the evening to give it some at the karaoke in the Millstone on Hilton Street.

When I put up the tweet, some fine local and independent operators got in touch enquiring if they might take it on.

The place has got pedigree too. Its licence reaches back to the eighteenth century when it served thirsty travellers coming into the town of Manchester along Chester Road, or even thirsty travellers just leaving Manchester who couldn’t go half a mile without a drink. It was close to all the canal activity as industrial Castlefield kicked into action and got up a fresh head of steam when the Liverpool to Manchester Railway opened down Liverpool Road in 1830.

The 1849 map below shows the pub on the corner of Trafford Street and Deansgate. It's not called The Deansgate though. Nor is it called, heaven forfend, Galvin’s Irish Bar, as it was for about seven and half minutes a decade or so ago. No, it's The Crown, and that name is still proudly sported in terracotta over the main door. The exterior seems to date from a rebuild in the first half of the 20th century, I’m guessing the 1920s. (By the way, just to the south and adjacent to the Rochdale Canal there's a pub with a proper name called The Runcorn, Worsley and Wigan Boat House Public House.)

Is The Deansgate actually closing for good?

Anyway, after tweeting about the shuttered up pub, the zany crazy world of social media went on the rampage, so I made a few calls. The good news, according to my sources, is the building, that is on a prime development site, will not be demolished. There will be no tower squeezed onto the site although there will be a tower squeezed onto the site next door and not one we like.

In fact, as I said, in 2020 about this new Deansgate tower: "The end use (of the tower) will be as a Staycity aparthotel containing 300 rooms. It will hang over the early twentieth century facades of the Deansgate pub like a bat. The tower images in the planning application are very dull. Beyond dull."

Dull, but thankfully not necessitating the demolition of the pub. The Deansgate is going to remain a boozer. Again, according to my sources, the pub has been acquired by Bury St Edmonds’ brewery and pub company Greene King which has a vast estate of 2,700 bars, pubs, restaurants and hotels. We are waiting for confirmation. Apparently, Greene King have big plans for the site but the key thing is it will be a pub.

What is the future of The Deansgate?

Greene King has designs on the city centre. They have recently acquired Albert’s Chop House, Albert Square, and intend to turn it into: "The Fountain House, with the lower ground floor for premium gastro-pub dining, a charming pub experience on the ground floor and private dining and function space for weddings and meetings on the first floor."

The new name is a mystery, but at least the fine building of the Memorial Hall, 1861, is to be rescued and given life. The refurb is taking place now and the Fountain House will open in September. The pub will be run under one of the many Greene King "brands" in this case The Metropolitan Pub Company. Controversially, Greene King was bought by a Hong Kong company in 2019.

Perhaps we can expect more of the same at The Deansgate. Whatever people may think of the operator, the very good news is the pub will stay and will continue to provide context and charm to the street scene at this end of Deansgate.

When I put up the tweet, some fine local and independent operators got in touch enquiring if they might take it on. That was encouraging. Well, folks, take a walk down Liverpool Road from The Deansgate to The Commercial Hotel. This is the oldest railway hotel in the world and it's mouldering a stone’s throw away from where The Factory will soon open along with a new entrance to the Science and Industry Museum Manchester. The Commercial Hotel is ripe for a good indie to open a pub, restaurant and small hotel. Let's save this one too.

Read next: Our guide to the best restaurants in Greater Manchester 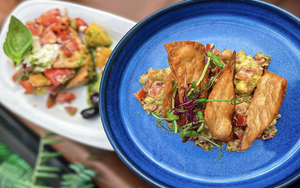 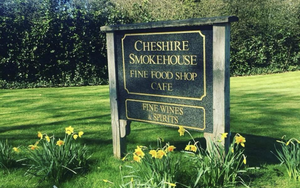