People who like to make such predictions have been banging on about rum being the new gin for ages. It doesn't need to be. There's plenty of room in our liquor cabinets for both of these completely different styles of spirit.

While gin conjures up images of bathtubs and kitsch Britishness, rum is all pirates and palm trees - and it has a darker (and more stormy) history, having been born on plantations when slaves discovered that molasses could be fermented into alcohol. An early record from Barbados described it as a 'hot, hellish, and terrible liquor' - sign us up for a crate, sir!

In Manchester, unlike gin, most rums are made with imported rum from the Caribbean - with at least one notable exception, see below. These local companies do blend, spice, flavour and bottle their concoctions here though, and many enlist local designers for their beautiful labelling and bottle design. We reckon at least some of them will tiki your boxes.

Here is a list of locally produced rums to try in 2020 and beyond. 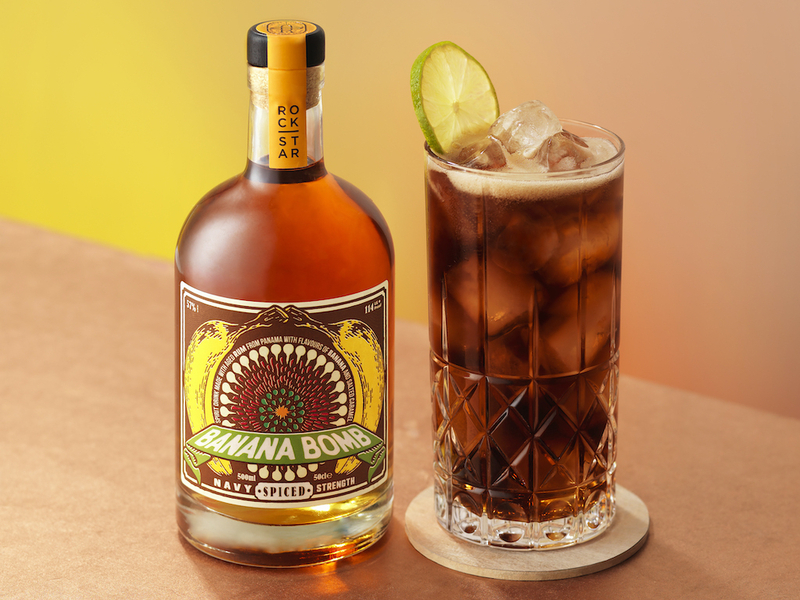 A newbie to the scene, ‘Caribbean born, Manchester made’ ARLU Rum launched shortly before the pandemic hit the UK this year and is already rolling out across Co Op stores. The rum from Alderman’s Drinks founders Mark Smallwood and Liam Manton - the pair behind Didsbury Gin - is created in the award winning Demerara Diamond Distillery, Guyana and blended with spices and flavours here in Manchester. Along with the original spiced rum, there are fruity blood orange and passionfruit & mango versions.

Drinks industry veteran Tom Hurst launched Rockstar Spirits in Nov 2018. He and his family had signed up for BBC1 show Shop Well For Less in 2017 and used the lessons learned to save up enough money to start the business the following year. Tom told us his three most important criteria for his drinks is that they taste great on their own, work with mixers and are versatile cocktail ingredients so consumers can rustle up great tasting drinks at home but the products can also be used by bar staff. His first product, Pineapple Grenade, went viral in June last year when Holly Willoughby tasted it on This Morning and loved it so much she took the bottle home. Banana Bomb - a Navy Strength 57% Banana & Salted Caramel rum aged for two years in ex bourbon casks - is the newest release. This fair trade rum from Panama is carbon neutral and the distillery is run entirely on renewable biomass energy. We love the vintage looking label too. 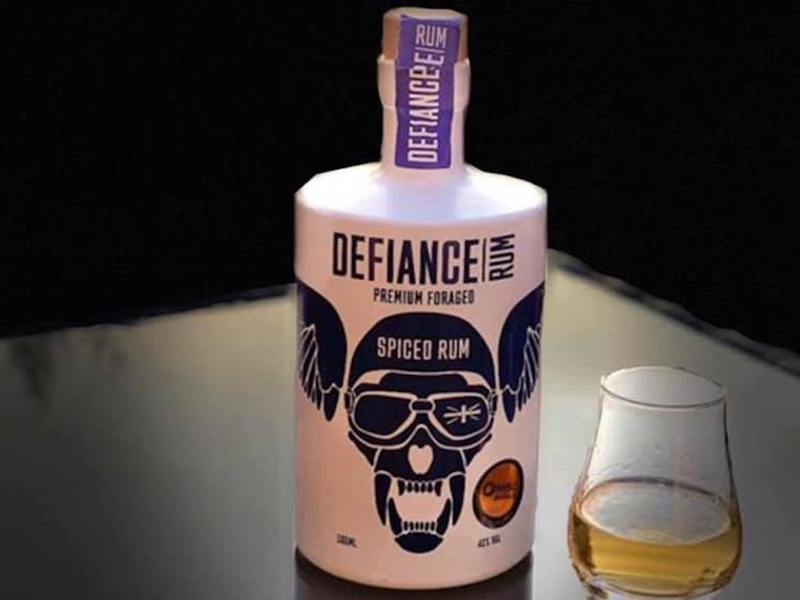 The folks behind Zymugorium have got a bit of a thing about being the first. They reckon they were the first gin distillery in Manchester, the first ‘craft mead’ distillery and now their Cane Toad rum is the first to use ultra hip ingredient ruby chocolate. Naturally pink ruby chocolate was invented in 2017 by Belgian-Swiss cocoa company Barry Callebaut. Zymugorium say it is used in this rum to bring a silky chocolate and berry flavour to the blend.

From the same gang that brought you an award winning navy strength gin, Defiance Rum was created to bring some of the current trend for foraging - much utilised by gin makers - into the rum world. So the traditional spices such as cloves, nutmeg and vanilla are accompanied by foraged seeds and birch tree syrup. The rum is then matured in Jack Daniels Barrels for 5 months.

Named after the beguiling seductress of Caribbean folklore depicted beautifully on the label, this one comes from Cleo Farman of sadly missed NQ OG Odd Bar fame. Cleo started playing around at home with her ‘massive rum collection’ before things got serious and she decided to create her own. The result was two distinct drops: the Caribbean - a golden blend of Bajun, Jamaican and Guyanese rums with notes of BBQ pineapple, banana and vanilla fudge, and the Clementine Spiced - a Demerara rum pepped up with clementine, toffee apple, spiced red pepper and a sniff of freshly baked parkin. You can try these at Volta and Cottonopolis but look out for it in the shops too. 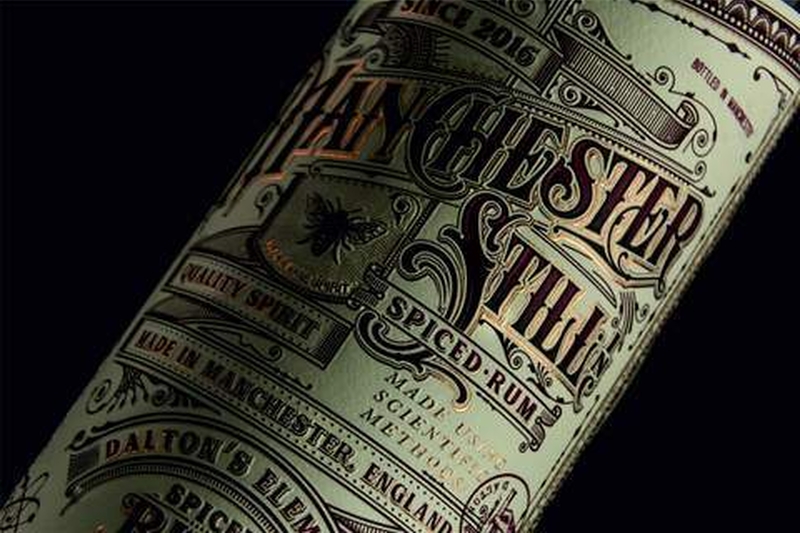 A beautiful love story is the inspiration behind the name of this Mancunian distillery, which also does gin. Its protagonists met at The Hidden Gem church AKA St Mary’s and the family produced by their union is keeping the spirit of it alive. Another of their ancestor’s happened to be Irish ‘pirate queen’ Grace O’Malley in whose memory their Bonfire Rum is made. The dark golden rum is infused with treacle toffee and smokey spices to evoke the flame-hair and fiery temperament of O’Malley and cosy autumn nights by a crackling fire. Local street artist DMSTFF has designed the bottle.

For those of you with a sweet tooth, this Manchester-based ready-to-drink company has a whole range of sweet liqueurs to keep you entertained. This spiced rum and roasted pineapple liqueur launched in June this year and is available from Home Bargains amongst other places. There’s not need for a mixer with this one but if you like you can add soda, mint leaves and fresh lime juice to create a tropical mojito. Makes up for missing out on a holiday this year, maybe.

Established in 2016 by a Professor, a Doctor and a PhD student, these rums are precisely crafted using scientific methodology. Co-founder Samuel James Rowley-Neale was disappointed to find that the UK did not produce rum. He set about becoming an expert in distillation, gaining a PhD in chemistry, and establishing The Manchester Still, making him the first in a generation to establish a rum distillery in the UK. The three rums in the range are named after famous scientists and their big ideas, Faraday’s Proof, Dalton’s Element and Turing’s Enigma. 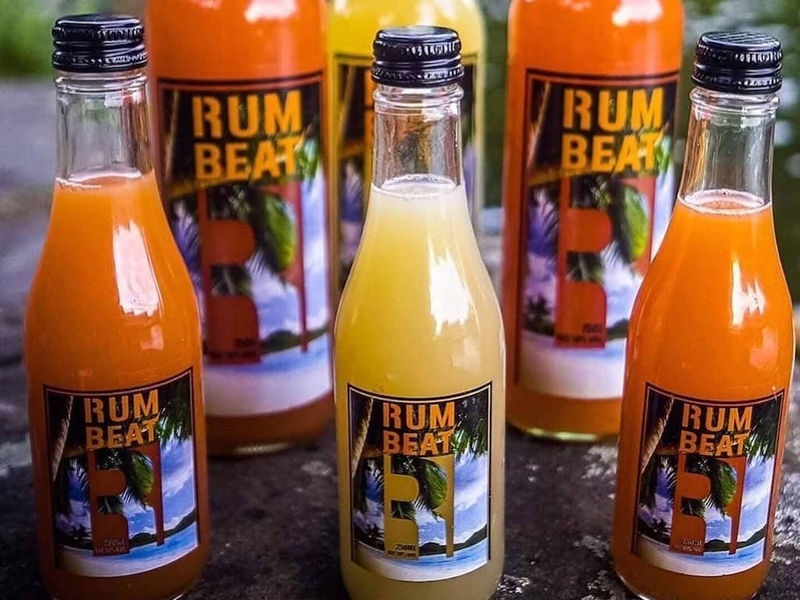 Not strictly a rum but this bottled rum punch made in Manchester is definitely worth a look. The recipe for this spiced rum and fruit juice blend was handed down to founder and favourite grandchild Richie by his grandmother. Barber Richie and his wife Nickie, a nail technician, started this small Moss Side based business in 2016. It’s now stocked by over 300 bars, restaurants and off-licenses in the UK and has even made guest appearances on TV and in music videos.

Definitely a contender for most beautiful packaging, this rum comes in a super-tactile ceramic bottle with a doodle map of 1900s Salford Docks by local artist Dave Draws. The Salford Rum Company is a celebration of the history and people of Salford Docks throughout the late 1800's and early 1900’s when it was the third largest port in the UK. Amongst the industrial imports of the time were rums, fruits and spices from the Caribbean. The Christmassy spiced rum combines warm spices nutmeg, cinnamon and ginger and vanilla notes with a touch of maple, orange zest and dried fruits. If you prefer a darker rum, there’s Dark Spice too which adds a touch of coconut, burnt caramel and cloves to the mix and uses rum aged in ex-Bourbon, American white oak casks. 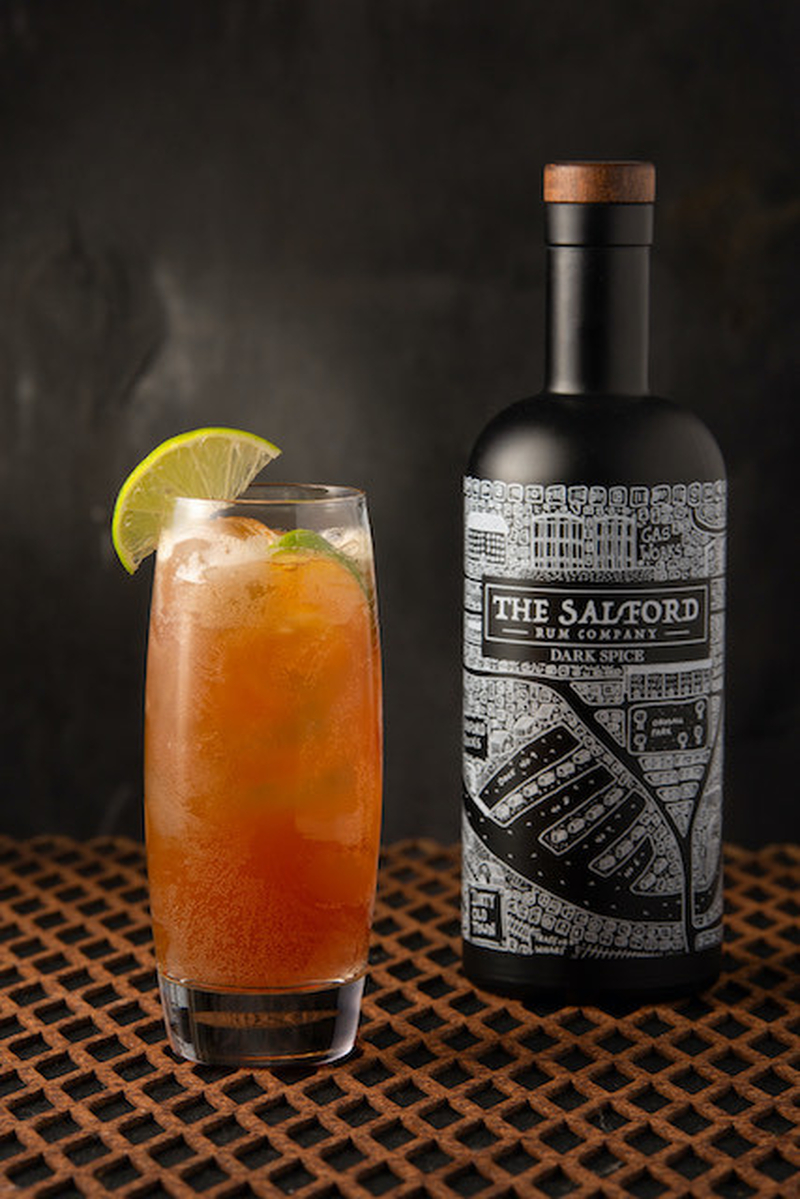 Read next: That's the spirit - the gin craze is still going strong in Manchester

Also read: Dark spirits. Rum rocks, but could it take over from gin?