10 new bars, restaurants and coffee shops you might not know about

Prepare for a siege of small plates, a cascade of cocktails and piles of pizza (obvs)

Liverpool’s celebrated healthy restaurant and bar is to open a second branch in Chorlton this month, taking over premises formerly occupied by Palate wine bar on Wilbraham Road. The Bold Street branch has become a destination for energising smoothies, rainbow lattes and ‘feel good food’, and now the people of Chorlton can enjoy their vegan and veggie breakfasts, wholesome brunch dishes, Buddha bowls and ‘cheats’ like the Tortilla lean steak burger with smoked garlic aioli, fairground onions and avocado salsa. In the evening, they will open for cocktails with a slightly healthier angle such as skinny Pina Coladas, matcha green tea Mojito as well as a selection of small and large plates containing buzz ingredients such as buckwheat, quinoa and kale. 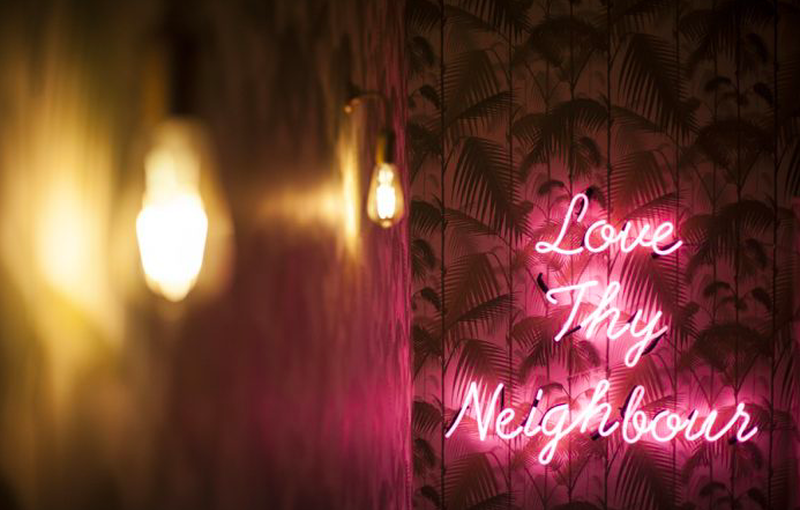 There was a bit of a hoo-hah when plans for the proposed premises for this popular Piccadilly coffee shop were pulled after some argy bargy between them and the building’s owners. However, after receiving overwhelming support from the local community, who set up a successful crowdfunding campaign in their honour, owners Dave Wolinski and his partner Lucy Phillips have settled on new premises at 35 Dale Street (pictured) which they plan to open early in the New Year. According to a licence application, they will serve booze as well as beans, all with a strong community focus. 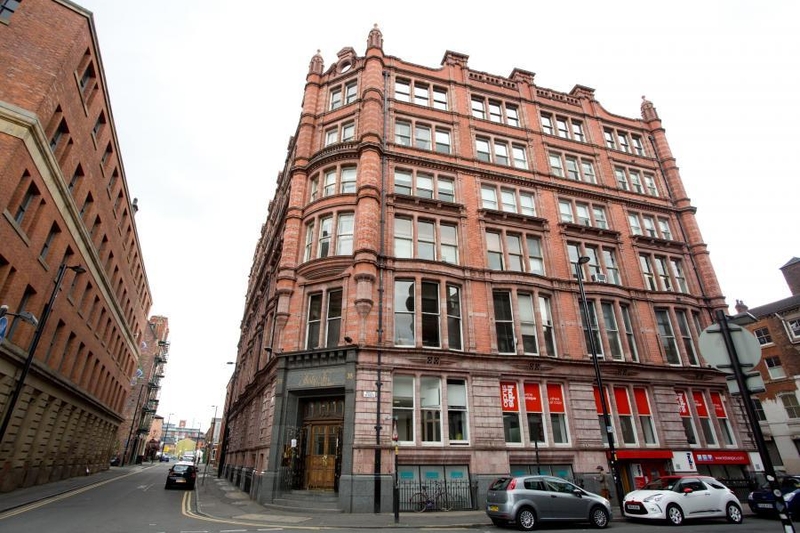 This new ‘cosy and sophisticated’ wine bar and lounge with an all-day menu might be situated above The Range – a new urban indoor golf venue - but it’s absolutely not a sports bar. It’s a grown-up wine bar serving a selection of small sharing plates designed for informal eating. Chef Oliver Hampson has created a menu of comfort food inspired by the British Isles using carefully sourced seasonal game, meat, fish and vegetables: Lancashire cheese bon bons with watercress and balsamic pearls; venison sausage Yorkshire puddings; and trio of pork with pork crackling, ham hock bon bons and an apple and cinnamon gel. They also offer a selection of cocktails, such as thyme and grapefruit negroni, and twenty wines by the glass as well as the bottle. 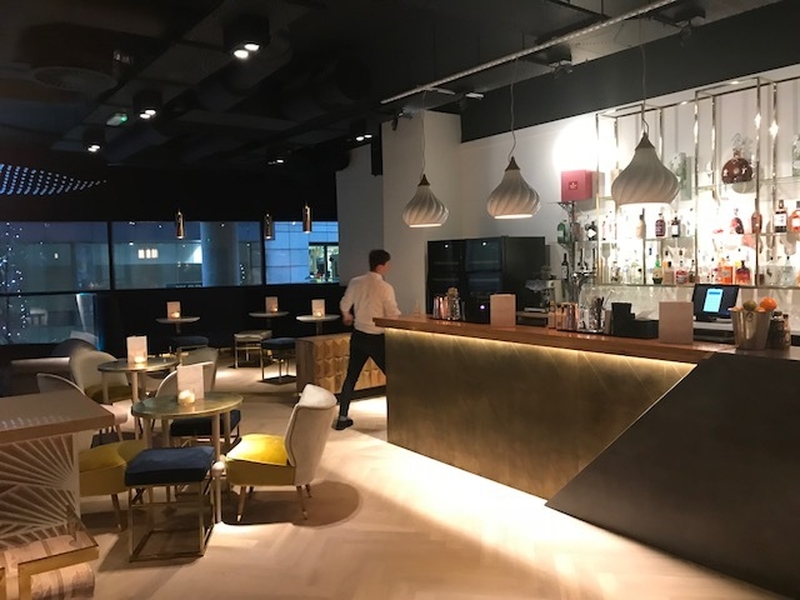 Despite opening this week, there hasn’t been a great deal of information revealed about this new bar restaurant, replacing the Didsbury Lounge on Barlow Moor Road (pictured). They told Confidential that the menu is all good to go, but that they're not ready to publish it yet. Fair enough. What they do say is that food will be of a Japanese and Korean persuasion, with a cocktail bar that offers a wide variety of drinks for brunch and dinner'. 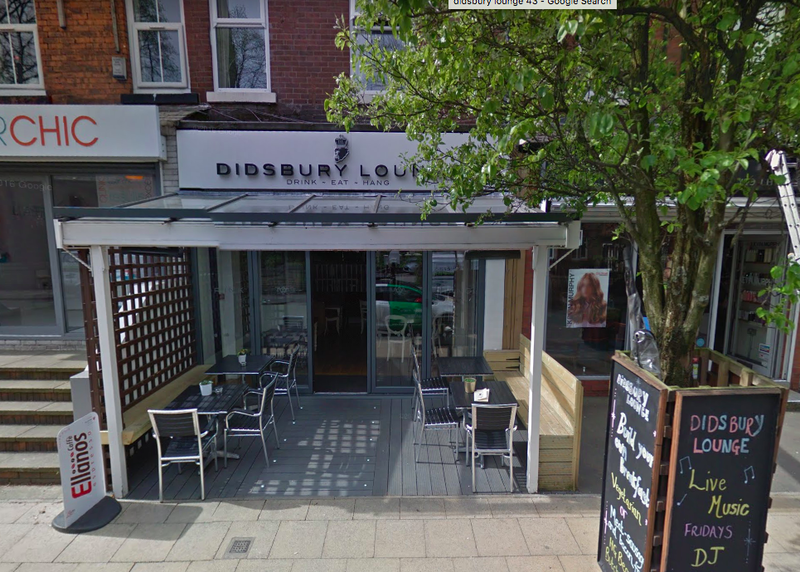 Loungers was founded in 2002 by a trio of long standing friends, Dave Reid, Alex Reilley and Jake Bishop, and now boasts 50 informal, all day neighbourhood café/bars across the UK. Each has its own prefix; Bevano Lounge in Urmston, Expo Lounge in Didsbury, Brezo Lounge in Cheadle, Unico Lounge in Wilmslow etc. The group also own The Cosy Club in The Corn Echange and are planning to open another Lounge in University Green, on Oxford Road. Work is now under way on their Chorton branch, we’re not sure what it’s going to be called yet: but odds-on for Chorlton Lounge. 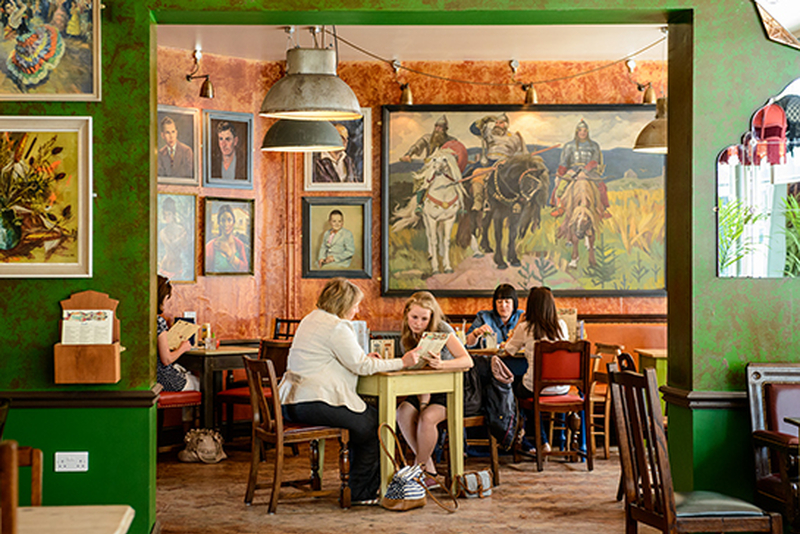 Walk down Deansgate to the arches by Great Northern and you’ll see that Opium is a small, sleek new bar which has opened close to Grindsmith coffee. It has exposed walls with touches of glossy black and gold with a fair few bottles of fizz on display. We’ve not been in yet, but we have heard talk of wood fire pizza, burgers, gelato and cocktails. 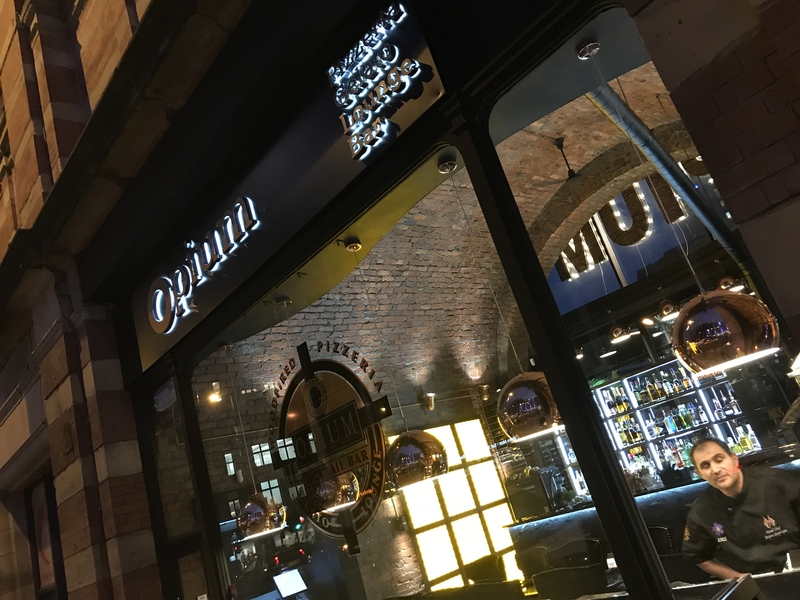 Friska’s 18,000 sq ft site next to Wagamamas on will be the eleventh branch of the healthy grab-and-go food chain, which also has a concession in Manchester Science Park. 'Not quite a restaurant not quite a café so we just call them places' is how they roll, serving freshly made (and responsibly sourced) breakfasts and lunches to eat in or take away. You’ll find a bit of everything from breakfast toasties, porridge, sandwiches, salads and soups to Vietnamese Pho Noodles, Khobez wraps and Chicken and Chorizo Gumbo. 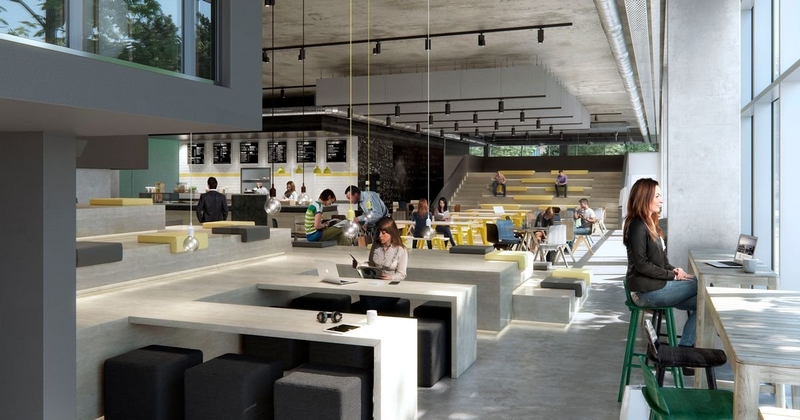 These street food vendors have been practicing their salt beef and pastrami for a few years and have perfected them enough to open a permanent venue. Their speciality is grain fed American brisket, cured in salt for two weeks, rubbed in their own recipe spice mix before a fifteen hour smoke in-house in ‘Old Buddy’ until it’s blackened on the outside and soft and tender on the inside. Think huge New York-style meat-filled sandwiches, bagels and burgers washed down with classic USA-style cocktails. 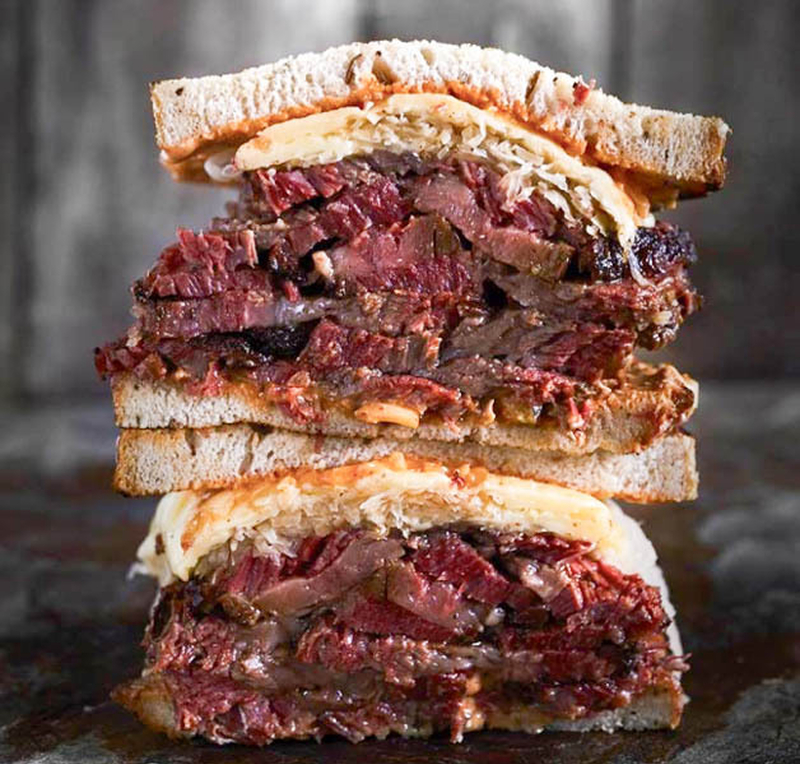 The Great British Pizza Company might sound like an oxymoron, but it has received an impressive amount of positive national press coverage since chef Rachel Seed and journalist Lisa Richards launched, five years ago, out the back of a converted 1974 VW Campervan .

A restaurant on Margate’s picturesque seafront soon followed, as did an entry in the Waitrose Good Food Guide and a place in The Sunday Times top 25 UK pizzerias. Zoe Williams of The Sunday Telegraph even went as far to say "these were the best pizzas I've ever tasted. I ate two of them, for goodness' sake." Now a second branch has opened on Lapwing Lane serving the thin and crispy Italian classic with toppings sourced from the best British producers. 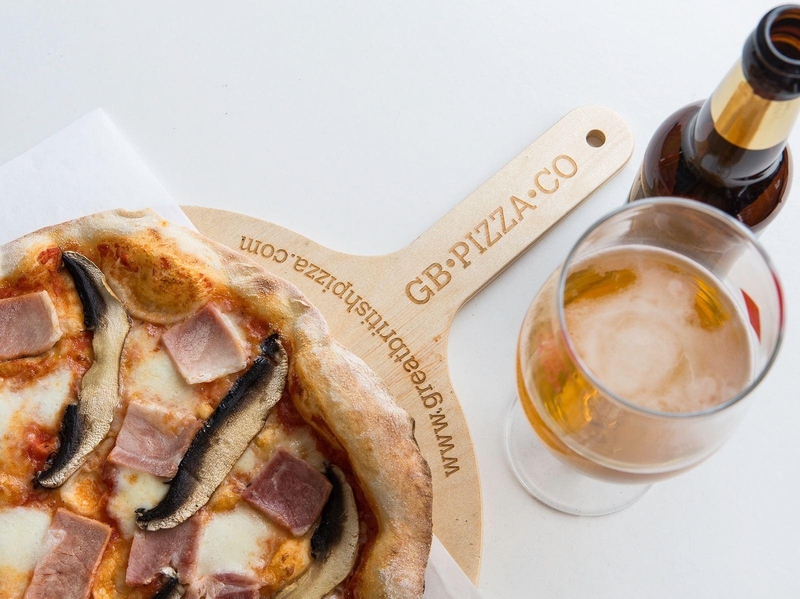 This new, savvy Northern Quarter venue on the ground floor of the newly refurbished Hatters Hostel, has all the elements you’d want: good food, decent range of drinks, a buzz of expectant customers, a louche early-seventies décor, and lots of windows for people watching. There’s even a tucked-away outdoor area with a tree. A real one. The menu is small plates (of course) with a heavy but not entirely Middle-Eastern influence (full review here). 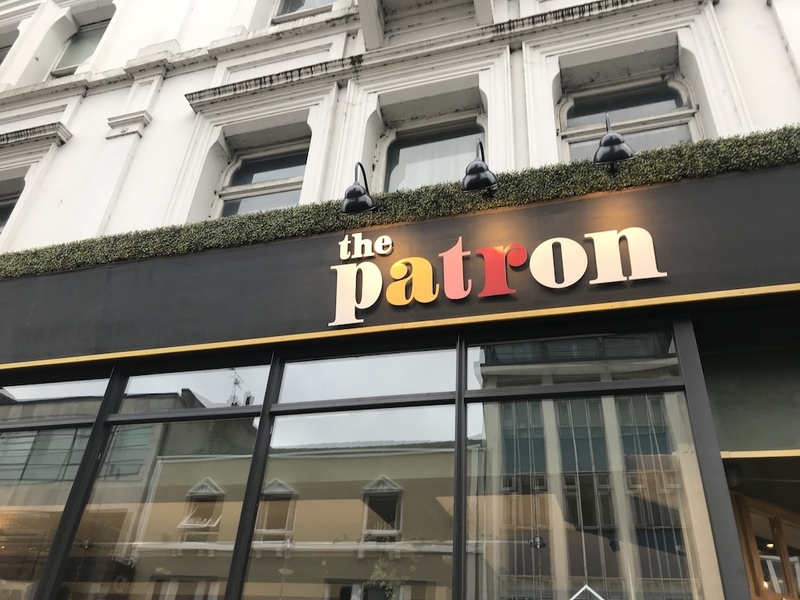