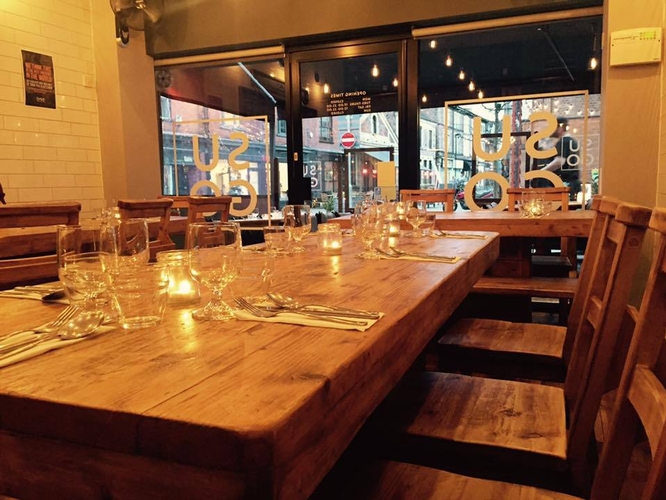 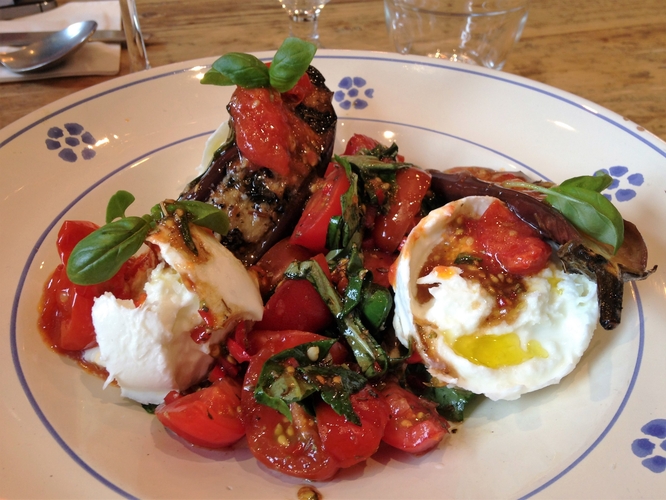 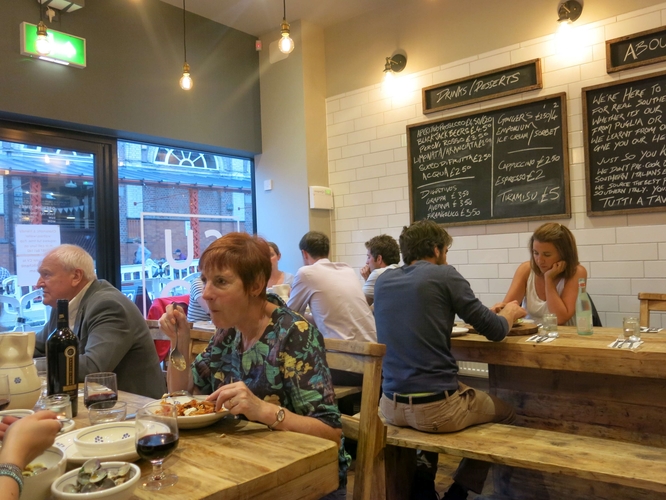 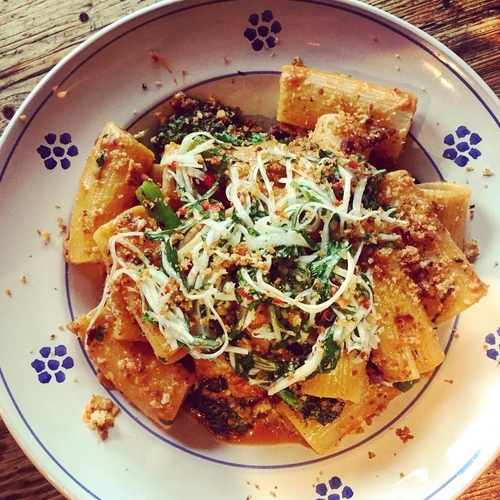 The diddy Puglian-inspired 30-cover restaurant - which specialises in southern Italian pasta dishes with an obsessive attention to detail - opened on the doorstep of the jumping Altrincham Market House in July 2015, quickly gaining a fiercely loyal band of punters happy to wait weeks for 90-minutes at the table of 'pasta masters'; Michael, Alex and Jonny.

Veteran Confidential food critic Neil Sowerby is one such enthusiast, describing Sugo in his September 2015 review as 'the real deal'. He said: "At Sugo there’s a con brio, a con amore, a buon appetito... you just have to hurdle the roadworks barriers that bedevil Shaw’s Road to get there and you could be in downtown Bari."

Sugo have confirmed with Confidential that the new restaurant will be located on the ground floor of Sawmill Court in Ancoats – a new 158-apartment development currently under construction behind the Halle St Peter’s on Murray Street (pictured below).

In a statement the team said:

'Since we opened our first restaurant in Altrincham in the summer of 2015 not a day has gone by without someone asking us about expansion. The truth is we’ve been really happy doing what we love to do in Altrincham. It’s given us time to hone our skills, really concentrate on our menus and build a great team.

'After a few visits to the regeneration project in Ancoats we fell in love with the place. Our earliest memories of Ancoats were as rehearsal space when we were all in unsigned bands – it’s fair to say it’s moved on a bit since then (and so have we!).

'After thinking long and hard about the area, the history and the people we’ll be serving, the idea of a stripped back 60-seat southern Italian pasta kitchen filled us with joy.

'So… it’s on, it’s happening, and we’ve got our work cut out over the next few months. We’re living the dream!'

Sugo will join the likes of Rudy’s, Squid Ink and the recently announced Street Urchin in what is now being dubbed ‘Scrancoats’ – due to the high number of food-based businesses popping up in the neighbourhood recently named the ‘UK’s hippest’ by TravelSupermarket.

Social media posts by the restaurant jokingly call for the return of ‘Little Italy’ – a nickname given to Ancoats in the early twentieth century when the area housed up to 2,000 Italian immigrants.

Confidential is pleased that with the likes of Lupo, Pasta Factory and now Sugo, the Italiano gioventù (yoof) are breathing new life into this noble but oft-bastardised cuisine.

@Sugo_Pasta should open in Ancoats in early-2018.