Soviets, Sundays and a Salford taboo - the story of UK’s oldest film society

RSPB, Vegetarian, Co-Op…Greater Manchester has a rich history of forming societies, including some of Britain’s most familiar charities. But did you know it also boasts the UK’s oldest film society?

The Manchester & Salford Film Society celebrated its 90th anniversary last month. What’s more, it’s still headed by president Marjorie Ainsworth (now 98), who joined when she was just 17 after being encouraged by her future husband Tom.

“He’d joined when he was 16, the age you were allowed to join a film society by statute,” she said. “I was amazed, I didn’t know there were films outside of Britain and Hollywood; it opened up the world.”

The society was first established by the local trades councils as the Salford Workers’ Film Society in 1930, during a turbulent period of high international political activity and tension, when ‘a group of young Salford men became fired up with the potential power of films. They realised that films could not only entertain but also educate and politicise.’

Initially they watched mainly Russian films at Princes Cinema in Liverpool Street…until the Salford Watch Committee forbid a Storm Over Asia due to its unflattering view of the British army. Manchester allowed the film, leading the society to find a venue there, and (with the additional dropping of ‘workers’ from the title due to a change in membership demographics) it ultimately became known as the Manchester & Salford Film Society - showing arthouse films and world cinema to a wide audience.

When Ainsworth first joined, cinemas weren’t permitted to open on Sundays, meaning the society was able to rent them fully - “we used to take a 35mm projector and we’d have the place all to ourselves.” Once a bill passed permitting their Sunday opening in 1957, however, things became more difficult: “We had to go to all sorts of weird places to show films!”

Subsequent venues included the YMCA and even the United States Information Service, before they found a suitable premise in the new meeting hall of Manchester Literary and Philosophical Society (of which she and husband Tom were also members). Unfortunately it collapsed after 18 years, due to being built “with some super high aluminous cement, which was all the rage in the fifties” but clearly unfit for purpose.

Next up was Platt Chapel, brought by the Amateur Photographic Society of which Tom was a part. But again it wasn’t ideal: pews needed removing and a toilet and central heating needed installing - as did a false ceiling, the chapel’s high pointed roof so distorting acoustics they could only watch subtitled films. Despite ongoing renovations, attendance started to dwindle…until member John Grieve suggested the society’s current venue, Altrincham’s Little Theatre.

“It has a bar, is comfortable, has proper-rate seats and a big screen” the lively nonagenarian chuckles approvingly, also commending Grieve for raising membership ‘sixfold’ during his tenure as the society’s secretary. Ever adaptable, the group is currently hosting screenings and quizzes online due to COVID-19 but she looks forward to socialising in person once again. Alongside its interesting programme, the community aspect is clearly something still valued by all members in an age where streaming or going or to see films (in non-COVID times at least) has never been easier.

Special events have been another key element throughout the society’s history, from talks by studios like Cosgrove Hall (featuring its famed Wind in the Willows puppets) to weekends away with other British film societies; including North West locations such as Lyme Hall and Burton Manor. “There was always somewhere to go, something to do and wonderful people to meet,” she says; listing acquaintances like acclaimed critic Dilys Powell, silhouette animation pioneer Lotte Reiniger and Halas and Batchelor, the director couple behind cartoons like Animal Farm.

Themed trilogies are another staple, with Ainsworth cooking up cuisine to match; from curry for Satayajit Ray’s Apu trilogy to borscht for a Polish series. Catering is one of many roles she has played at the society - committee member, treasurer, programme note writer, celluloid film splicer, ‘general factotum’ - all over eight decades of membership.

Unsurprisingly, the retired teacher and her late husband are considered film industry icons in their own right; known for their generosity and dedication, both within their own film society and with helping others found theirs - even Granada Studios, to whom the couple would lend projectors for its own staff club. Both have been awarded the prestigious Roebuck Cup by Cinema for All, formerly the British Federation of Film Societies, with Tom being presented his by American actor Tony Curtis in 1984. Manchester & Salford Film Society now runs a short film competition in Tom’s memory, with the North West's most talented student film-makers invited to compete for prizes.

Way back in 1930 the society’s manifesto stated that its purpose was ‘to cater for those who are dissatisfied with the average productions of the commercial cinema, with their shallowness and divorce from reality, and to offer in their stead films more closely in sympathy with the life and thought of this age.’

Now in its 89th season, the volunteer-led organisation holds true to those words; focusing on ‘thought-provoking cinema, seldom shown at the multiplex.’ While its usual likes of annual dinner and theatre visits are off the cards for now, it continues to entertain online with an eclectic mix of classic and contemporary films chosen by members.

Marjorie Ainsworth’s advice? “Watching films helps you stay in the zeitgeist, and guarantees you won’t have a mouldy old age.” If she’s anything to go by, we don’t doubt it.

Next up, on Wednesday 16 December at 7.30pm, Andy Willis - professor of film studies from the University of Salford - will host a discussion on Dziga Vertov’s avant-garde silent documentary Man With a Movie Camera, often voted amongst the best cinema ever made and ‘an exuberant manifesto that celebrates the infinite possibilities of what it can be’ according to one critic.

This film was first screened by what was then the Manchester and Salford Workers’ Film Society on 24th October 1931, with attendees including Ewan MacColl: ‘The opportunity of seeing films of such stature compensated for some of the deprivation experienced by an ill-educated adolescent who faced the bleak prospect of trying to earn a living in the arid desert of 1930’ (Journeyman, 1990).

Attendees will be encouraged to watch the film on YouTube before the event, with accompanying notes provided by the Film Society, and then join up live with others on the 16th to discuss what they have seen.

As is usual with the library’s talks and exhibitions, the event is free to attend, although donations are much appreciated at this difficult time. More details can be found here.

Top things to do in Manchester: January 2021
What you say
Previous Article Next Article
Read Next
● / Property 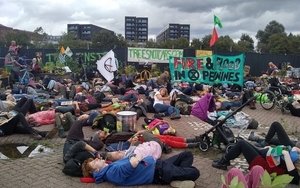 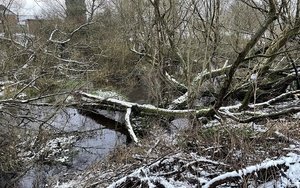 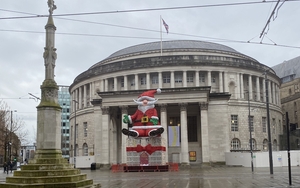 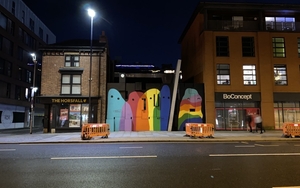