Week 26: in which Sleuth eats cholera sandwiches in a drain

Sleuth is a sideways glance at the city each week. It's the truth, but Sleuth's truth. It can be serious, it can be absurd...@mcrsleuth

It was a Saturday and everywhere was packed. Sleuth was desperate for food and the only place with no queues was All Star Lanes. He sat down in the bar area, ordered a burger and a beer. “Are you paying now?” asked the waiter. “I might want another beer, so will pay at the end, you know the usual way,” said Sleuth. “If you don't pay now we’ll need your card to create a tab,” said the waiter. “I’m not going to do a runner,” said Sleuth offended. “It’s happened before,” said the waiter, “and if I’m serving in the bar area, my wages are fined the amount All Star Lanes have lost. The other week I had £60 removed from my wages.” Sleuth was appalled, especially after the highly publicised and recent Wahaca case. Fining staff, who will not be on high wages, for something they didn't do is bad policy. Come on All Star Lanes, catch up and shape up, says Sleuth, er...because...er... since you're a bowling alley, staff might go on strike and...er...and your reputation will end in the gutter. 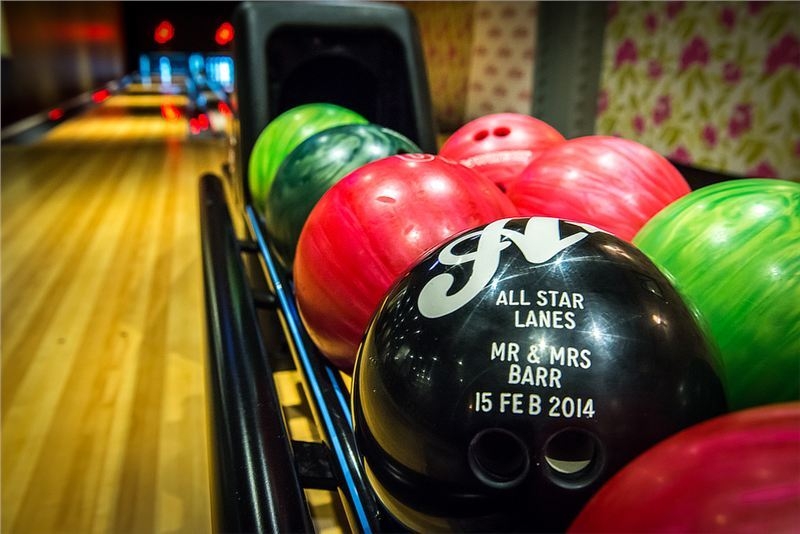 Sleuth’s well-researched article of the week

Olive Magazine is a respected food and drink magazine. Sleuth can’t wait to follow-up on their recommendation where to picnic in Manchester.

Olive Magazine is a well respected food and drink magazine, but not only have they recommended Piccadilly Gardens for a picnic, as opposed to a quick scurry through, but they’ve included a picture of Cotton Fields Park in New Islington which is presently closed off behind metal fences.

Sleuth and the big Manchester sports fact of the month

On Sunday 16 June, India played Pakistan at Old Trafford in the Cricket World Cup. It attracted the largest global audience, one billion people, of any single sporting occasion other than the World Cup Final in football. Over 700,000 applications were made for 26,000 tickets, which makes it the most applied for single game in any sport ever, including football. Sleuth is moved by that. Sport is not all about football. Sleuth went to Cathedral Gardens, which was a sea of sports fans, from two countries often dangerously close to war, mingling freely. Sleuth bought a beer which was knocked out of his hands by an Indian celebrating a wicket. Sleuth felt like going to war.

This on that weird second-hand shop at the corner of Shudehill and Thomas Street. L S Banksy. Very good indeed.

Sleuth is often asked to take people round the city. This week a request came in from China. “Could you take us on the famous Manchester Drains Tour, please?” Sleuth replied, “I’ve never heard of that tour. Do you mean canals, or tunnels?” “No, drains,” came the reply. “I don’t do a Manchester Drains Tour,” said Sleuth wondering if he could find manhole cover. “Then we shall try Liverpool,” was the mysterious response.

The drink you only drink once: Asiatic Cholera Ale

For Manchester International Festival (MIF) young Japanese arts collective, Chim Pom, are focusing on the 1830s cholera epidemic in Manchester, by building a temporary brewery in the vaults under Victoria Station. Their beer will be sold at the MIF Albert Square hub and called Asiatic Cholera Ale. Nice. Sleuth hears other ales available at the JW Lees bar in the Square will be Diptheriale, Malariale and Gonorrhoeale, although the latter can only be bought by couples also drinking quarantinis. So, what's your poison?

Lad and a girl walking down Cross Street. Lad says to the girl in a flash way, “So where do you normally have lunch.” Girl to the boy, “Greggs”.

Two weeks ago Sleuth met Mancunian Roger Hallam, the leader of Extinction Rebellion, who believes there will be a breakdown in society, blood on the streets and civil wars in the West if we don’t immediately, right now, amend our environmental ways. His movement occupied London in April and ground it to a halt, causing untold inconvenience. He appears to want Extinction Rebellion to grow in the same way as a religious cults attract acolytes: don’t think for yourself, have faith, believe.

It seems Transport for Greater Manchester (TfGM) and Manchester City Council have joined Extinction Rebellion. On Wednesday afternoon and evening  last week they endorsed the closure of Stevenson Square to create a pop-up park for Clean Air Day. The 'park' consisted of several throw-rugs of astroturf, some plant pots and around 37 people, squatting about with the self-satisfied air of the joyless environmental Puritan. The resulting congestion probably had 10,000 people messed about with, stuck for hours trying to get home. The city centre ground to a halt and the misery wasn't confined to car owners but spread to people using public transport.

Sleuth knows his history. Parliament won the English Civil War, Puritans seized the opportunity to tell everybody to stop having fun, a decade later they were gone. The state of the global environment is a pressing, urgent, emergency for all of us, but terrifying people is a poor policy that never works. As a friend of Sleuth says, “you catch more flies with sugar than shit.”

Rank advice from the top

Transport for Greater Manchester were up to their tricks again when they advised folk at the Courteeners’ gig a couple of weeks ago to walk the four and a half miles into central Manchester from Heaton Park after the concert. Transport for Greater Manchester even provided a map but they didn’t provide enough trams. Sleuth laughed at the sheer chutzpah of it. Then laughed again when the MEN complained and Sir Richard Leese, council leader, tweeted, ‘Good to see TfGM promoting a healthy lifestyle. Maybe MEN could join in?’ Sleuth could only conclude that Greater Manchester’s transport policy is this: walk you lazy buggers.