Six of the best things to eat around Manchester - June 2019

Pick of the plates include curries, spätzle, dumplings and ancient grains

Our writing team seems to have gone truly international this month. Perhaps the recent collective dose of vitamin D has got to us all, or maybe it’s the siren call of summer holidays abroad reminding us we still have a bit of annual leave left. Actually, it’s more likely down to the astonishing range of international cuisines available to us in Manchester.

Read on to discover what we recommend you treat yourself to this month. 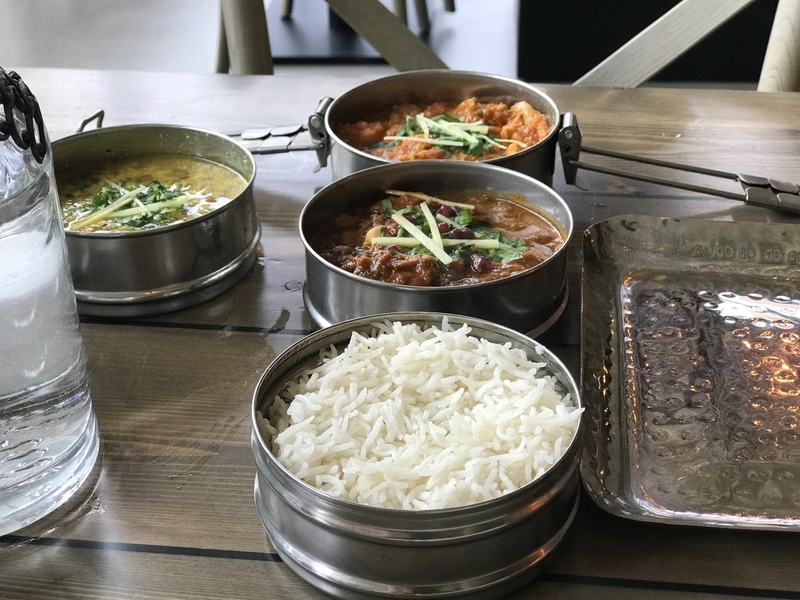 I have to admit that I'd never visited Mowgli, Nisha Katona's mini-ish (actually now totalling eight restaurants), local-ish (if you count Oxford as local) chain of Indian street food restaurants that began way back in 2014. What better way to make up for lost time than to sample the Office Worker Tiffin, a sort of greatest hits in a can, consisting of three curries and a portion black cardamom basmati rice. While the green ginger and rhubarb dahl was fresh and vibrant and the ginger chicken was punchy and full of flavour, the rich lusciousness of the house lamb was the winner for me. Lucy Tomlinson 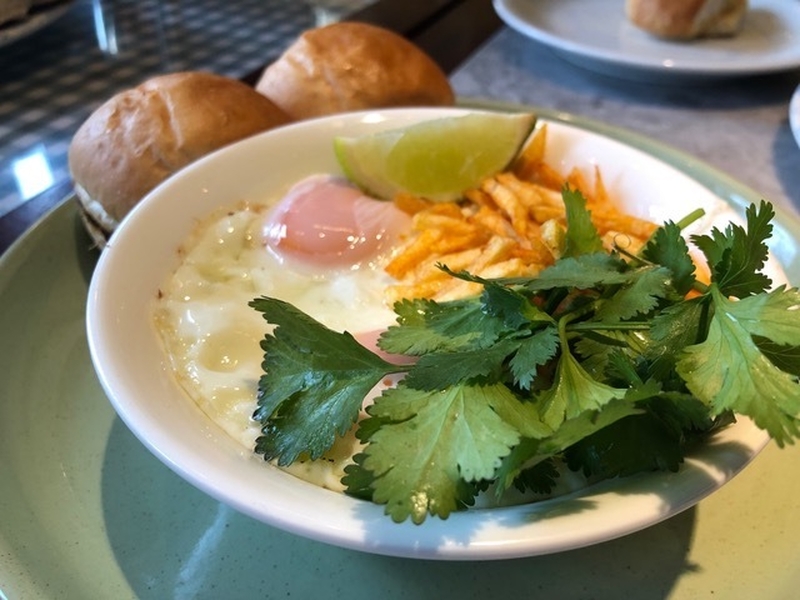 It's been a tough few months but I’ve finally tried every dish on Dishoom's breakfast menu. The bacon naan and the pancakes are both epic. However the boss has to be Keema Per Eddu (£10.90); a massively intense chicken mince curry, studded with chicken livers and topped with sunny fried eggs, potato straws and milky-white bread rolls. The soy version (pictured) is basically the same, but a less weighty. Mancunian brekkies don't come better than this. Ruth Allan 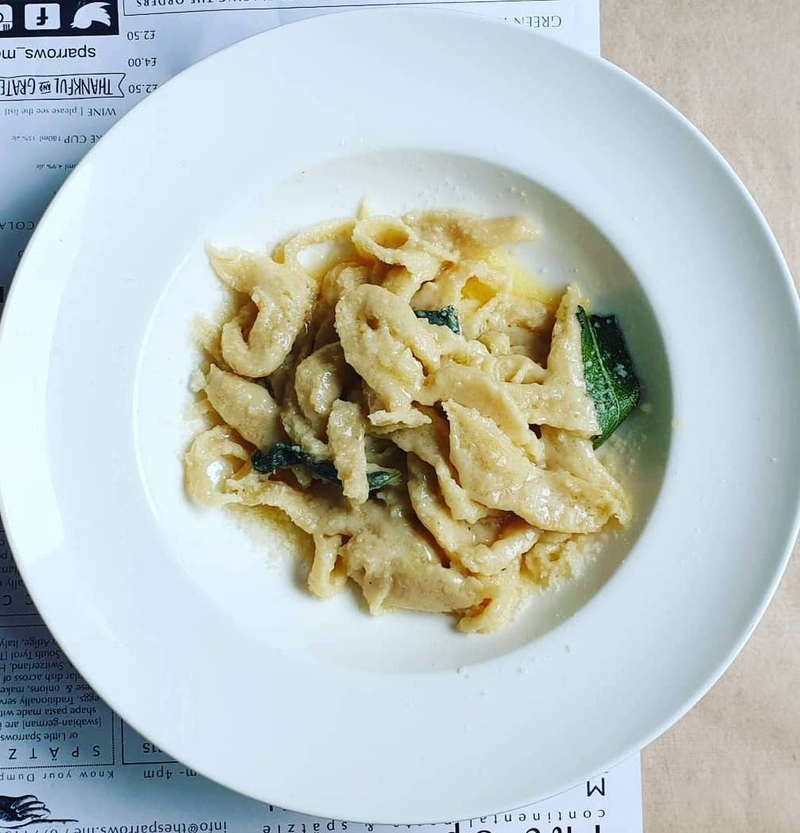 There's something Zen-like about The Spärrows; cosy and white in its Hobbit arch opposite Umezushi. You feel if you yomped in crimson with rage at the bridgeworks obstacle course cordoning it off co-owners Kasia and Franco would fan your brow and offer you a cup of saké (she’s a specialist). After which you would be at the tender mercy of the restorative carbs. Breakfasts of Alpine Emmentaler, braised onions, green peas, Spätzle and egg with smoked and grilled Vilenska sausage, sauerkraut and a wedge of foccacia have been reported by those who’ve made it back alive. The umlaut is the giveaway for this 20-cover homage to Spätzle, those Swabian/Alpine egg noodle dumplings created by scraping chunks of dough into boiling water. Spätzle translates as ‘little sparrows’, which they resembled in flight when shaped by spoon in the traditional way. I say don’t mess with the birds. Dressed simply with sage, butter and Parmesan they are a treat that won’t put a strain on your Lederhosen. Gnocchi treated the same way there are equally fine. Neil Sowerby 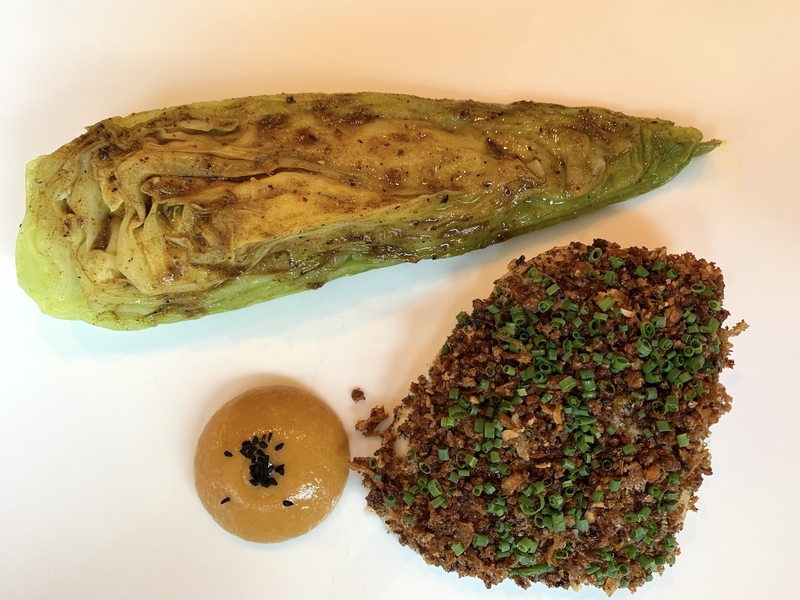 If you ever made model WWII aeroplanes as a kid, before digitalisation removed such tactile pleasures, then this dish looks like the kit before assembly. It is very much the sum of its parts. Stick the French masala spiced hispi cabbage on a forkful of perfect chicken, gather in the crispy onions and dab with the lime pickle and you get a whole bombing raid of flavour and aroma. Get some chips to go with the dish, Kala does these superbly well, properly spuddy, giving a great base to the exoticism of the chicken. The new restaurant is a plain but smart and with these sort of dishes a boost to city dining. Jonathan Schofield 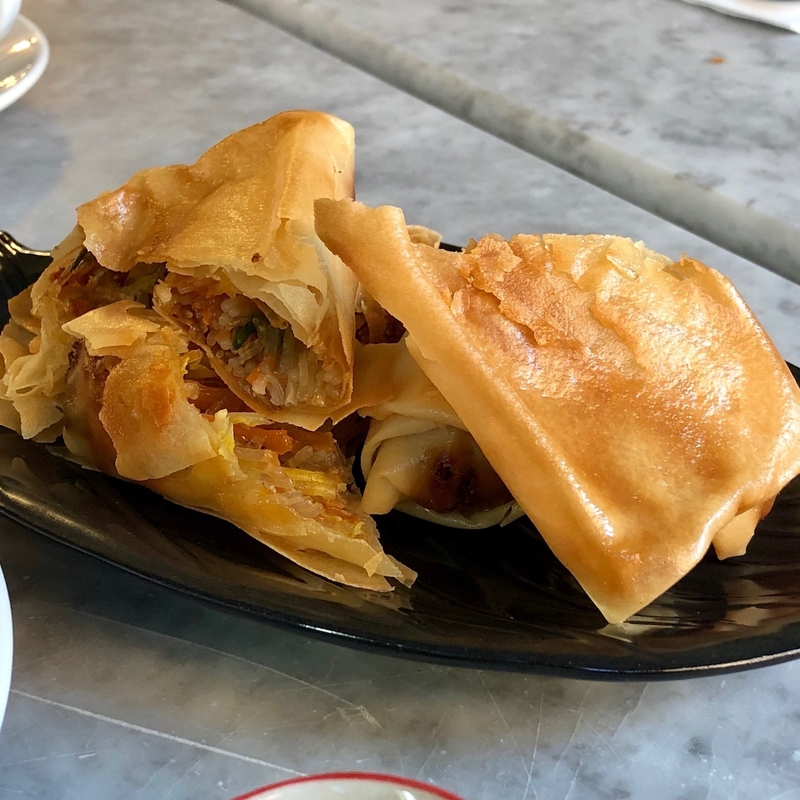 Been away quite a lot this month, so I was worrying that my dish of the month was going to be a bit weak; but then walking down the street opposite Sam’s Chop House (whose chips served in the bar after five pints are a joy to behold) I spotted Thai Kitchen No. 6. Family owned and run, contemporary interior, efficient service and a menu that has pictures - normally considered naff, but in Gordo’s Thai world of a fish cake and green curry, it came in very useful.

It’s rumoured that Gran is in the kitchen cooking and if she is, she needs looking after. One of the things Gordo ordered was the spring roll. It was actually a cross between a spring roll and a giant won ton and was a banger. Gordo isn’t sure if it exploded in the frying pan to be like it was, or it’s Grannie’s personal design, but it was terrific. Rustic, but very memorable. Gordo 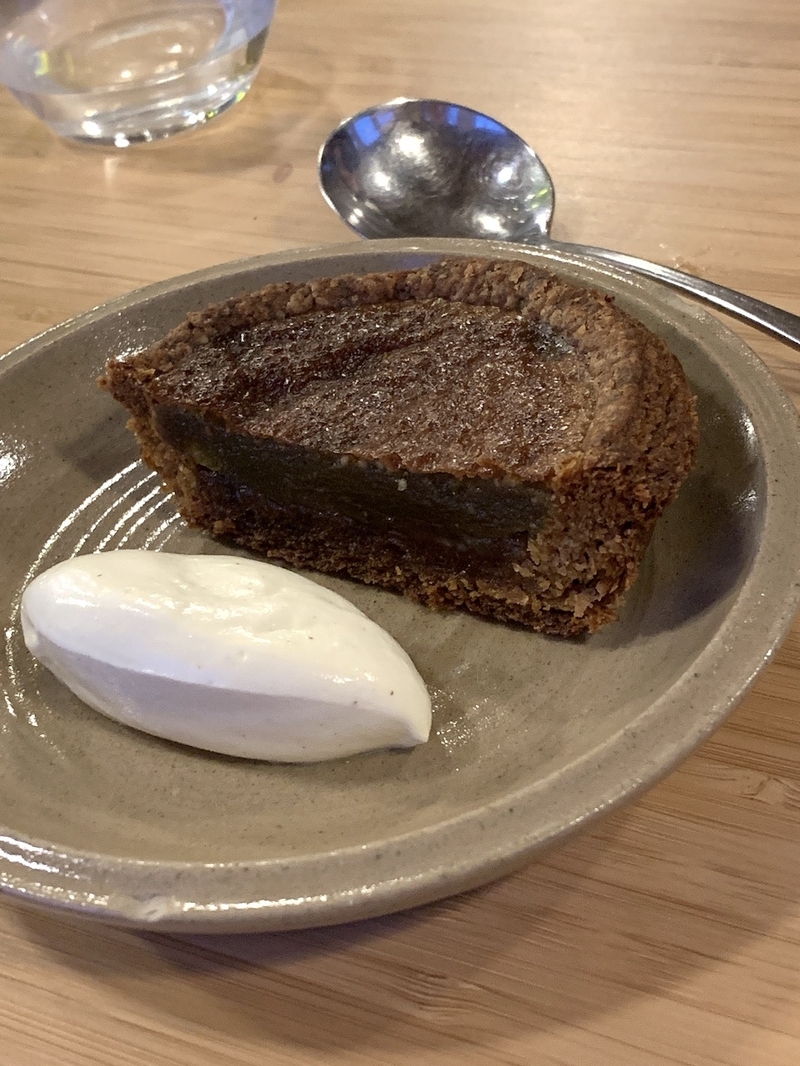 I’ve eaten at WTLGI only three times since it opened and each time it has noticeably grown in confidence as the team becomes more relaxed and quality climbs higher. Diners aren’t given a copy of the menu (though it can be emailed to you post-consumption), so you never quite know what point you are up to within their adventurous blind tasting menu. Although once the sweet stuff starts to arrive, you know you need to fasten your seatbelts for the descent back to reality. The humble and traditional Bakewell pudding was almost beyond domestic replication thanks to a lighter than air and unusual pastry case. It was dark thanks to heritage wheat varieties including ancient grains Einkhorn and Emer, and light thanks to the inclusion of hand churned cultured butter. In the bottom was a layer of home made rhubarb conserve. It came with an almond scented cream infused with ground plum stone. If this is the type of food people were making in their cottage homesteads before the Industrial Revolution, fill my plate and call me a luddite. Deanna Thomas

Where The Light Gets In, 7 Rostron Brow, Stockport SK1 1JY